Goodyear is developing airless tires, but it's unclear when you'll be able to put them on your car.

The company recently announced that prototype tires have completed 75,000 miles of testing at speeds up to 100 mph, in temperatures ranging from scorching heat to snow. Some of that testing has been done with a Tesla Model 3 at Goodyear's Luxembourg proving grounds, the company said in a statement.

The company also believes airless tires will be a better fit for vehicles beyond passenger cars, specifically autonomous shuttles that might be used by future mobility services to move people and goods around urban centers. Part of the development process will involve testing airless tires on "autonomous vehicles and last-mile delivery robots," Goodyear said. 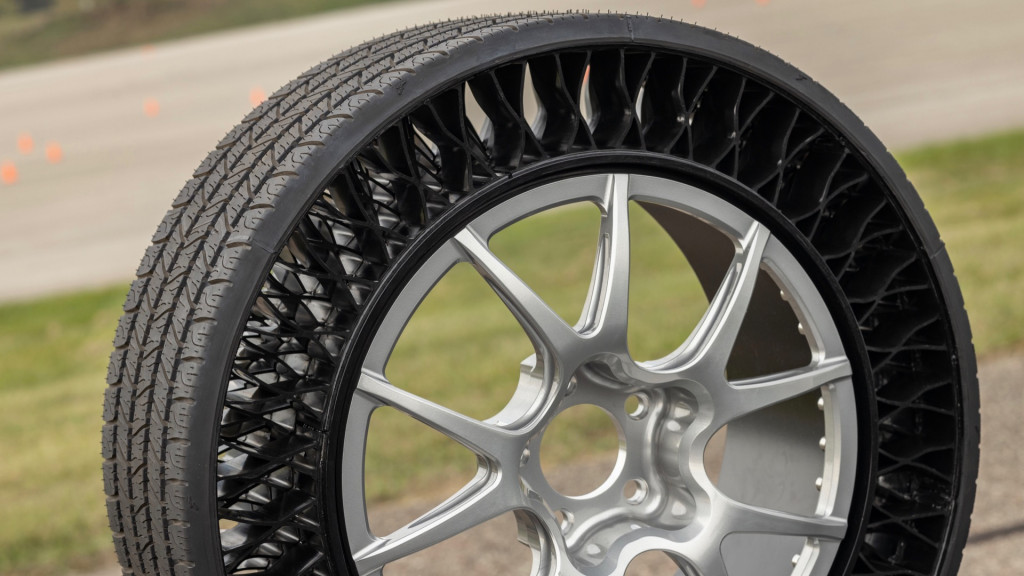 Goodyear said it's aiming for United States Department of Transportation approval of its airless tires, but noted that this is "still several years away." And given the company's interest in catering to mobility services, the first applications might not be personal cars.

Other big tire manufacturers have shown interest in airless tires. Bridgestone showed a puncture-proof airless tire concept in 2011, and in 2019 Michelin said it would begin supplying airless tires for General Motors vehicles as early as 2024.

Hankook showed its own airless tire concept as early as 2013, and said in 2015 that airless tires were inching closer to production reality. But we haven't heard much about the project since then.

An airless tire has made it to production—just not for cars. Polaris began offering them as an option in 2013 on its ATVs.