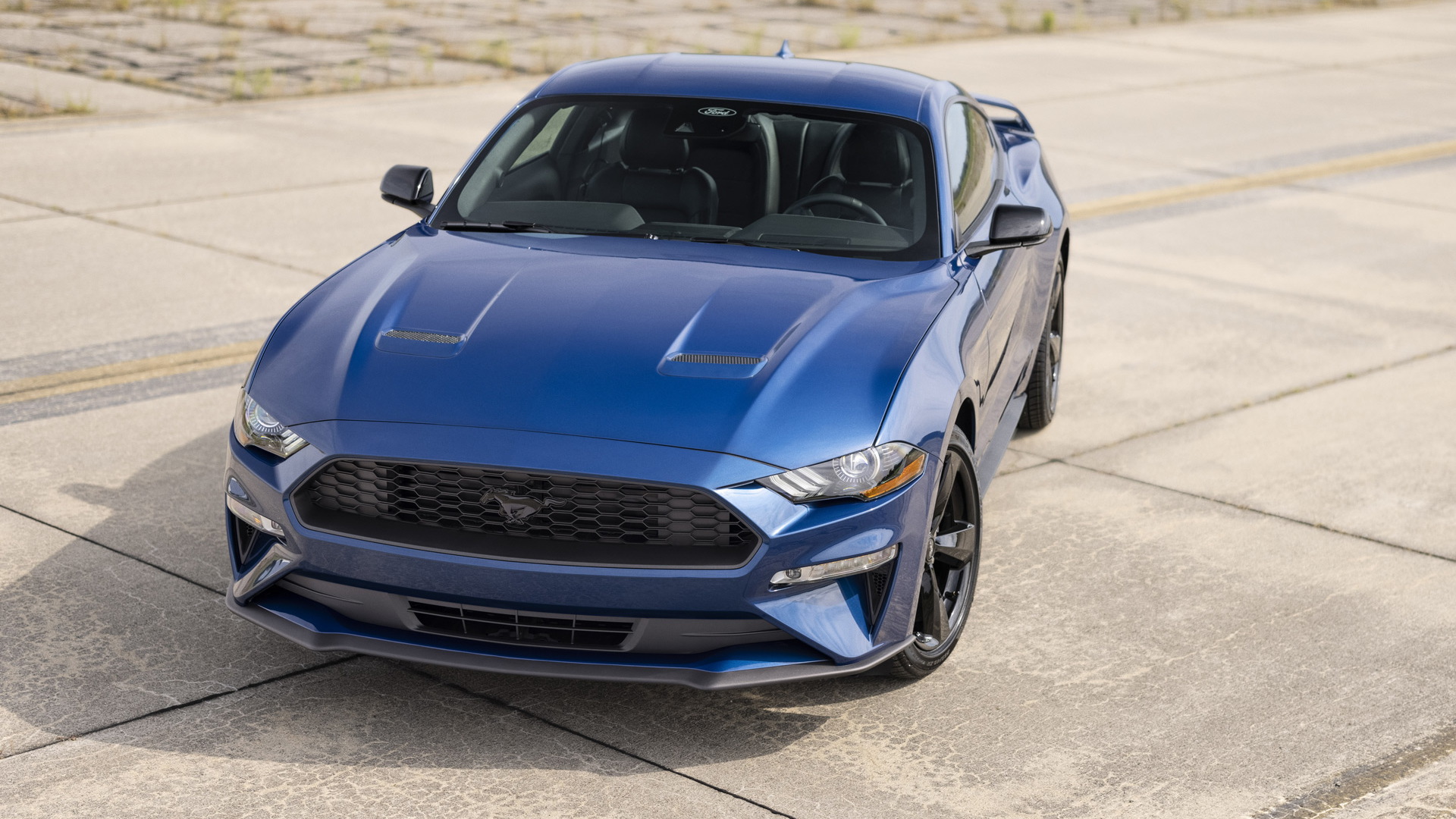 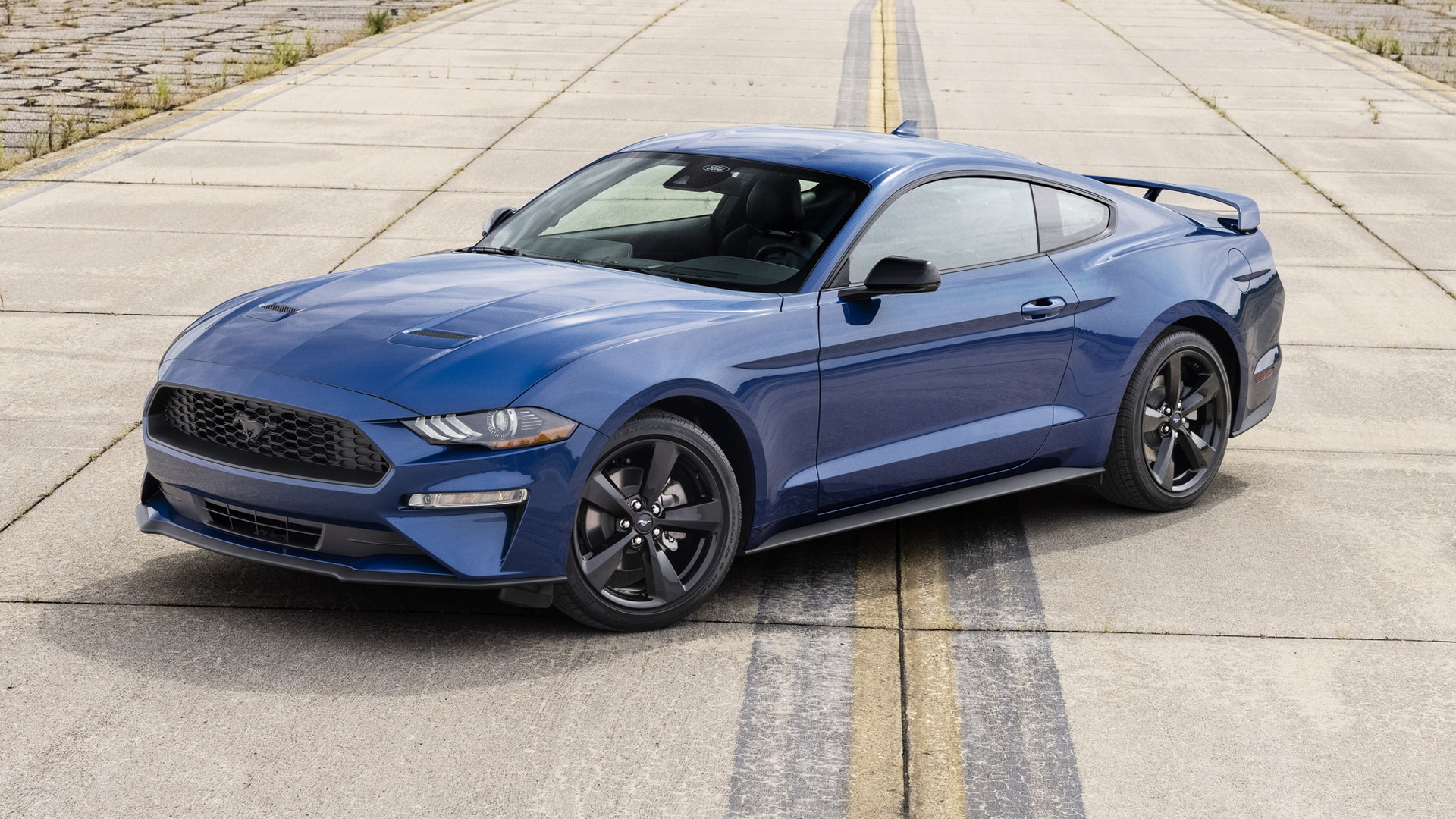 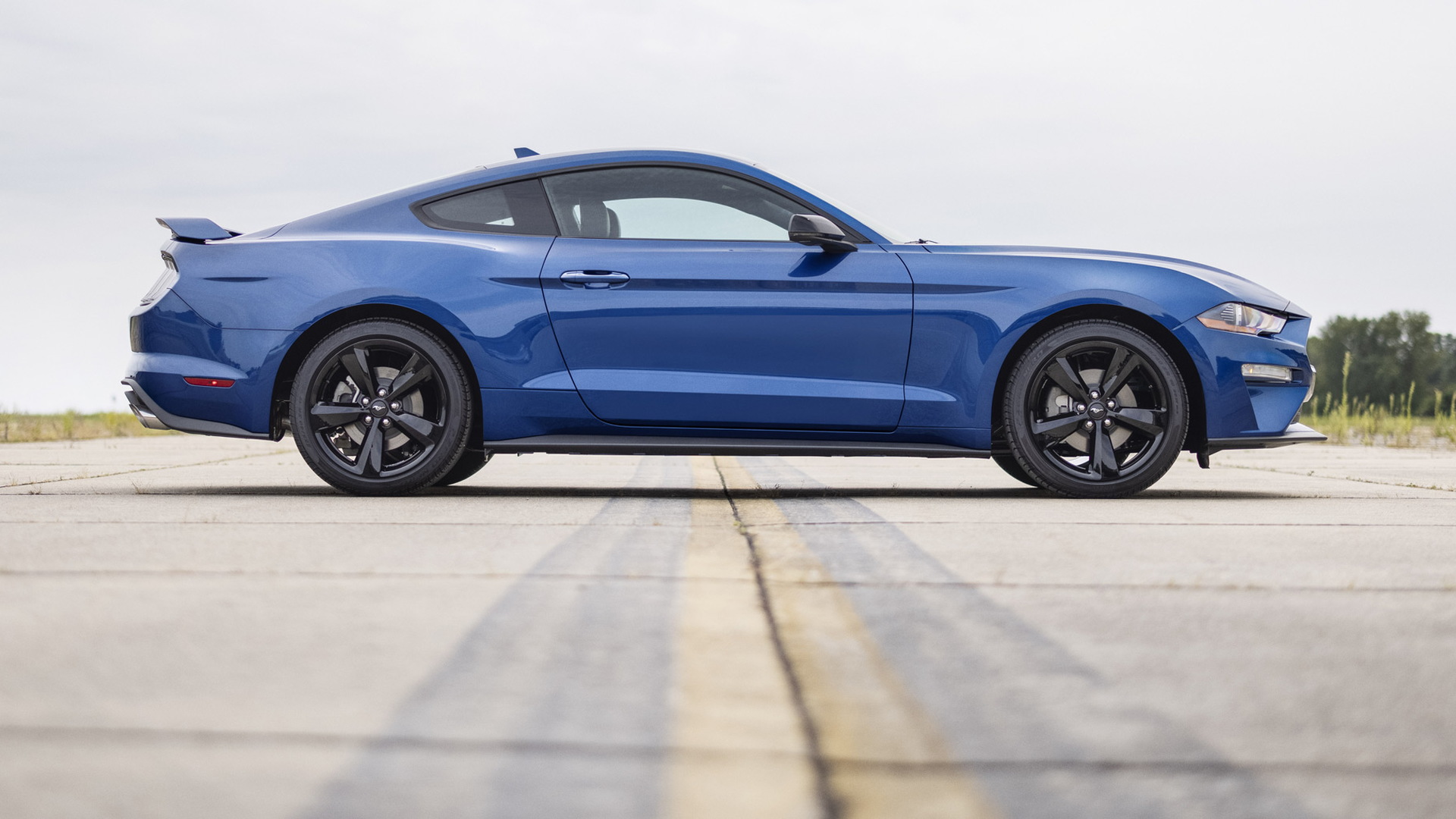 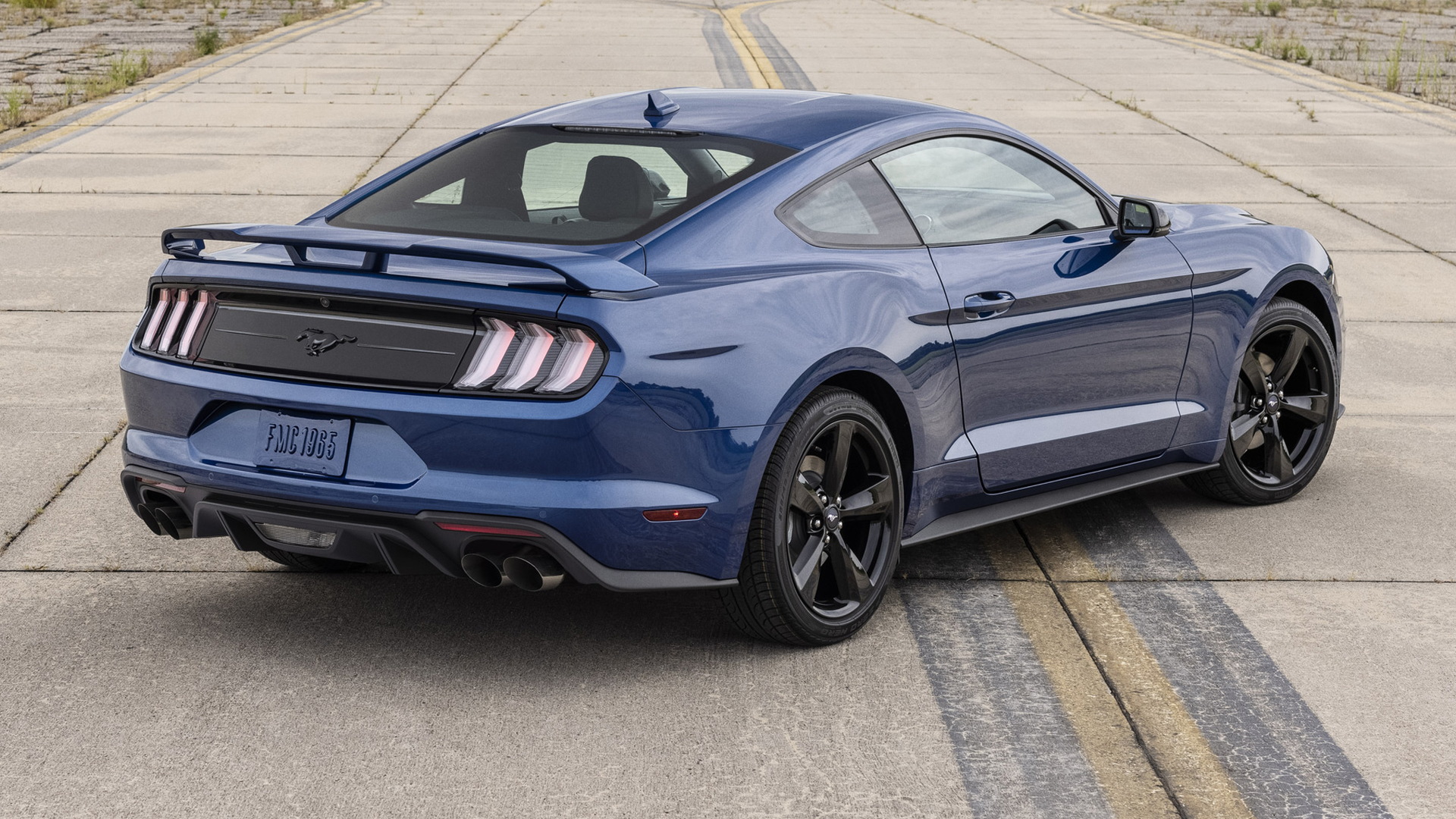 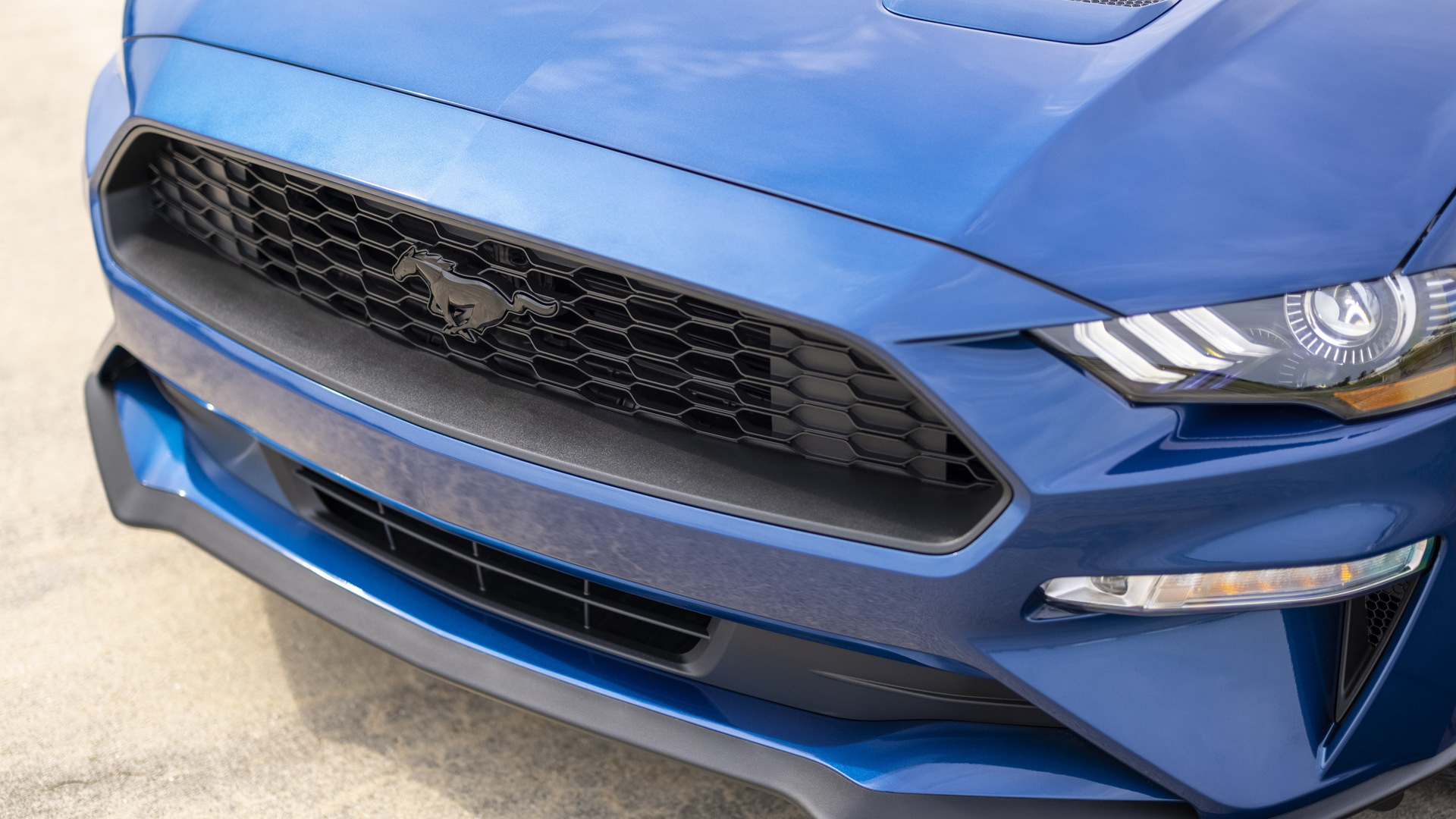 They join a previously announced Ice White Edition Appearance Package for the Mustang EcoBoost and Mustang GT (as well as the Mustang Mach-E), which is also a new addition for 2022.

Like other Stealth Edition models from Ford, the Mustang EcoBoost Stealth Edition features black accents for the exterior, including black 19-inch wheels. The car also adopts clear lenses for the LED taillights, plus backlit treadplates and a unique dash-mounted Mustang badge. No change was made to the powertrain, meaning the car's 2.3-liter turbocharged inline-4 still spits out 310 hp.

As for the California Special, Ford has offered this treatment on multiple generations of the Mustang. It actually dates back to a dealer special introduced for 1968, and on the latest version there are numerous retro styling cues like the blacked-out grille, side racing stripes and rear fender scoop. There are also unique interior treatments including “GT/CS” logos, a “California Special” script, red contrast stitching, and black suede accents for the doors and seats.

For the latest California Special, Ford is also making it available with the Mustang's GT Performance Package for the first time. The package adds serious handling upgrades including Brembo brakes with 6-piston calipers up front, more aggressive suspension with heavy-duty front springs, and chassis reinforcements including strut tower and front sub-frame braces and a larger rear sway bar. A Torsen limited-slip differential and staggered 19-inch wheels with Pirelli tires also make the cut.

The California Special can be ordered on the Mustang GT Premium. The car's 5.0-liter V-8 is good for 460 hp.

Order books for the 2022 Mustang open later this year and first deliveries are scheduled for early 2022.

The 2022 model year is expected to be the last for the current sixth-generation Mustang, the S550, as a redesigned S650 generation using an updated version of the current car's platform is tipped to arrive in time for the 2023 model year.