Mercedes-AMG enjoyed a one-two finish on Sunday at the 2020 Formula One Emilia Romagna Grand Prix and in the process secured the Constructors' Championship title for a record seventh year in a row.

Star driver Lewis Hamilton was the first to cross the finish line at the Autodromo Internazionale Enzo e Dino Ferrari in Imola, Italy, with teammate Valtteri Bottas crossing 5.7 seconds behind.

Renault's Daniel Ricciardo rounded out the top three spots by finishing 14 seconds behind Hamilton. He benefited from a late retirement for Red Bull Racing's Max Verstappen who, while in second place, suffered from a tire blow-out, likely caused by debris.

Bottas started the race on pole and was joined at the front by Hamilton. Bottas got a clean start while Hamilton was bogged down and passed by Verstappen. AlphaTauri's Pierre Gasly also got a good start but a coolant leak on lap eight meant he had to retire early. 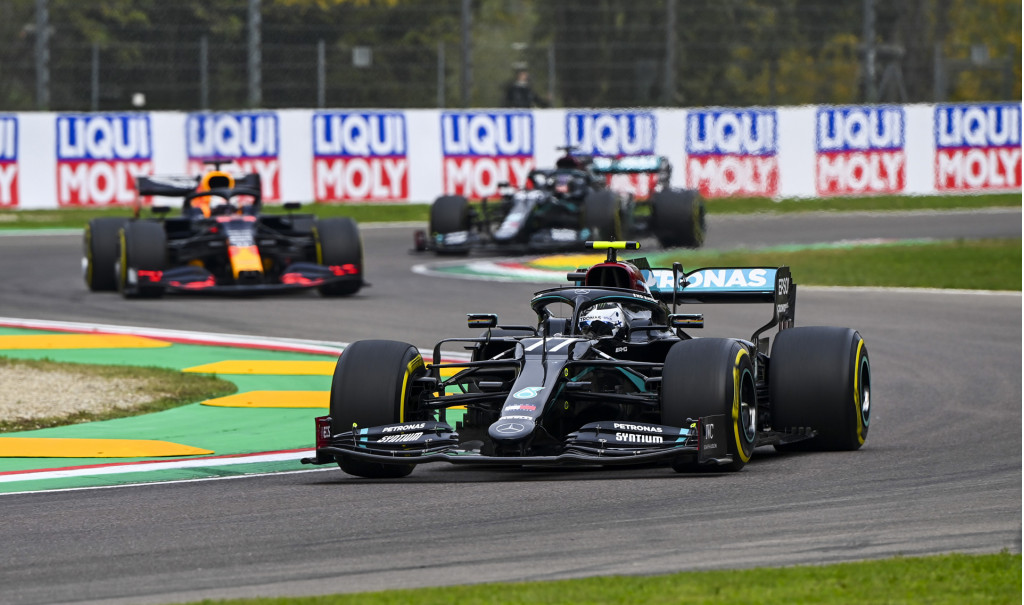 Later, Verstappen pitted on lap 18 and Bottas one lap later. This allowed Hamilton to move into the lead. The Briton decided to stay later on to close the gap with the race leaders, and then things took a dramatic turn. On lap 29, Hamilton was still in the lead and due to pit soon. At this point, Renault's Esteban Ocon needed to retire due to a transmission issue and this caused the virtual safety car to come out. Hamilton dived into the pits and upon exiting was still in the lead as the other drivers were held up by the safety car.

Bottas, now four seconds behind Hamilton, had more bad news ahead. He started to lose pace as there was worsening damage to his car caused by debris early in the race. He then made a mistake about 20 laps from the end which allowed Verstappen to move into second, but Bottas would soon be back in second due to Verstappen's tire mishap.

In the final stages, Ricciardo was third followed by Ferrari's Charles Leclerc and AlphaTauri's Daniil Kvyat in fourth and fifth, respectively. Kvyat, on softer tires, drove impressively to pass Leclerc.

Hamilton's tally in the 2020 Drivers' Championship now extends to 282 points. Bottas is second with 197 points and Verstappen is third with 162 points. In the Constructors' Championship, Mercedes has taken out the title with its 479 points versus the 226 of Red Bull and 135 of Renault. The next race on the calendar is the Turkish Grand Prix in a fortnight. 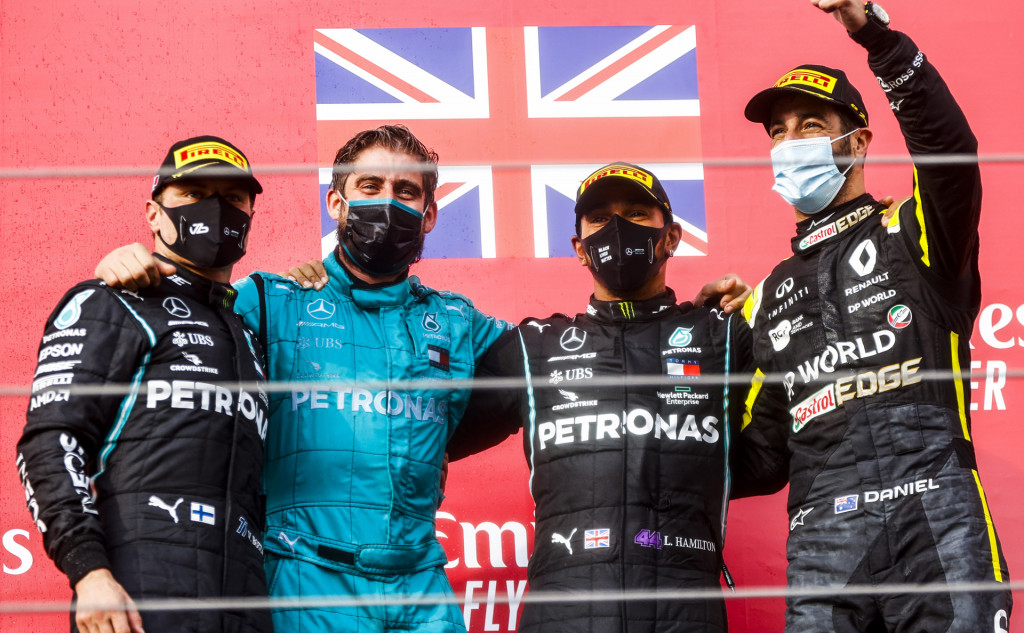 Below are the full results from the 2020 Formula One Emilia Romagna Grand Prix: