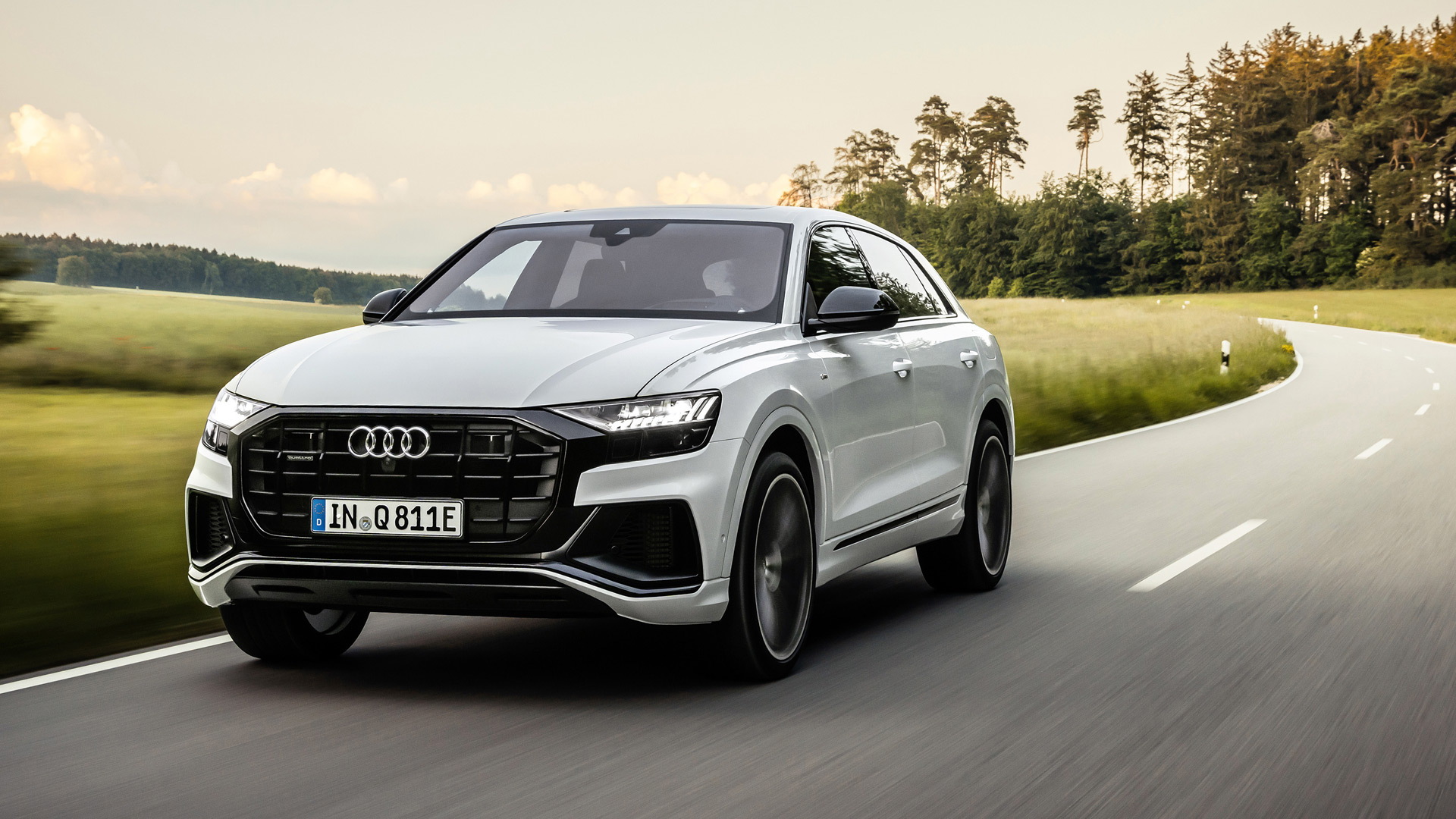 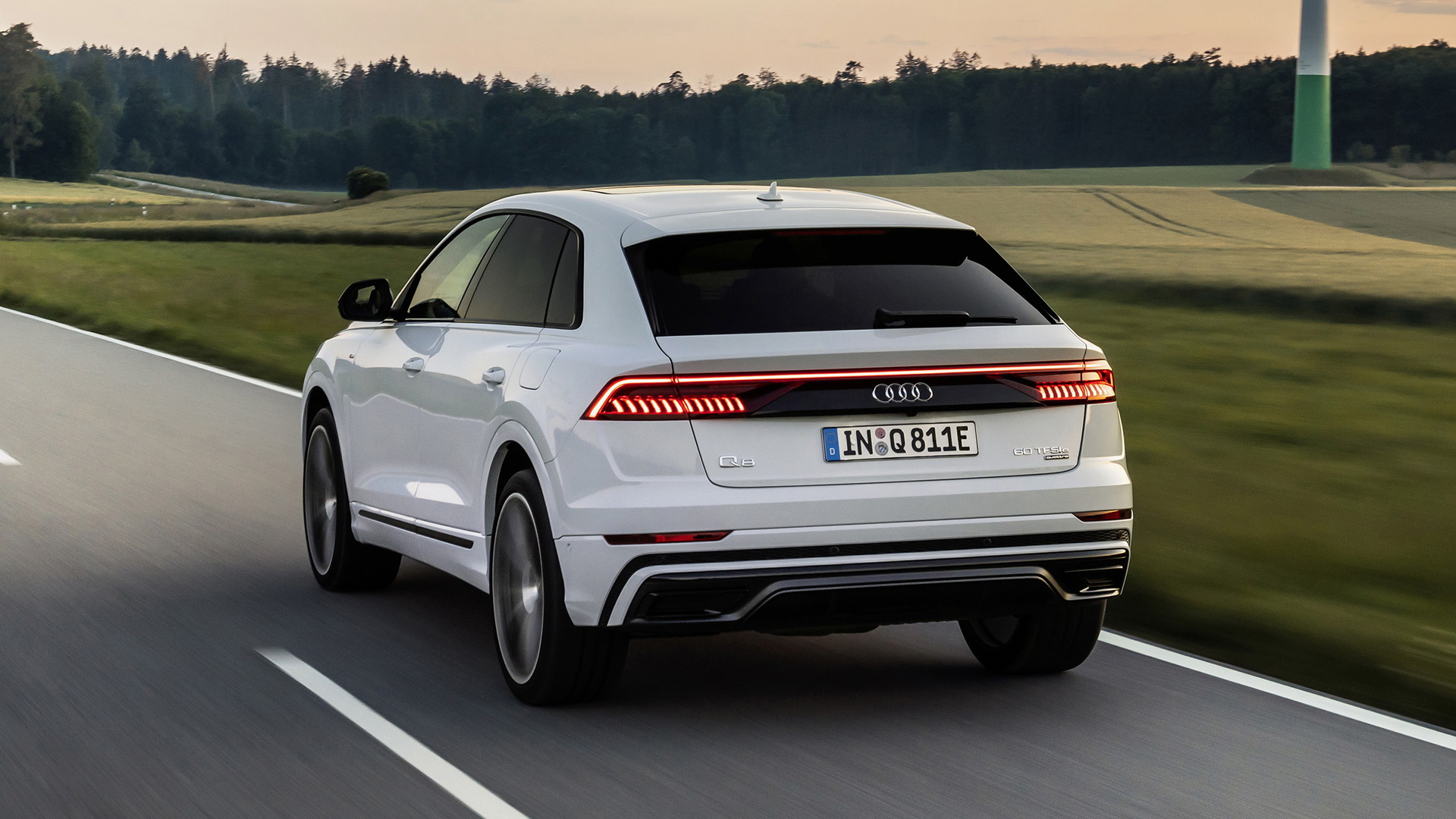 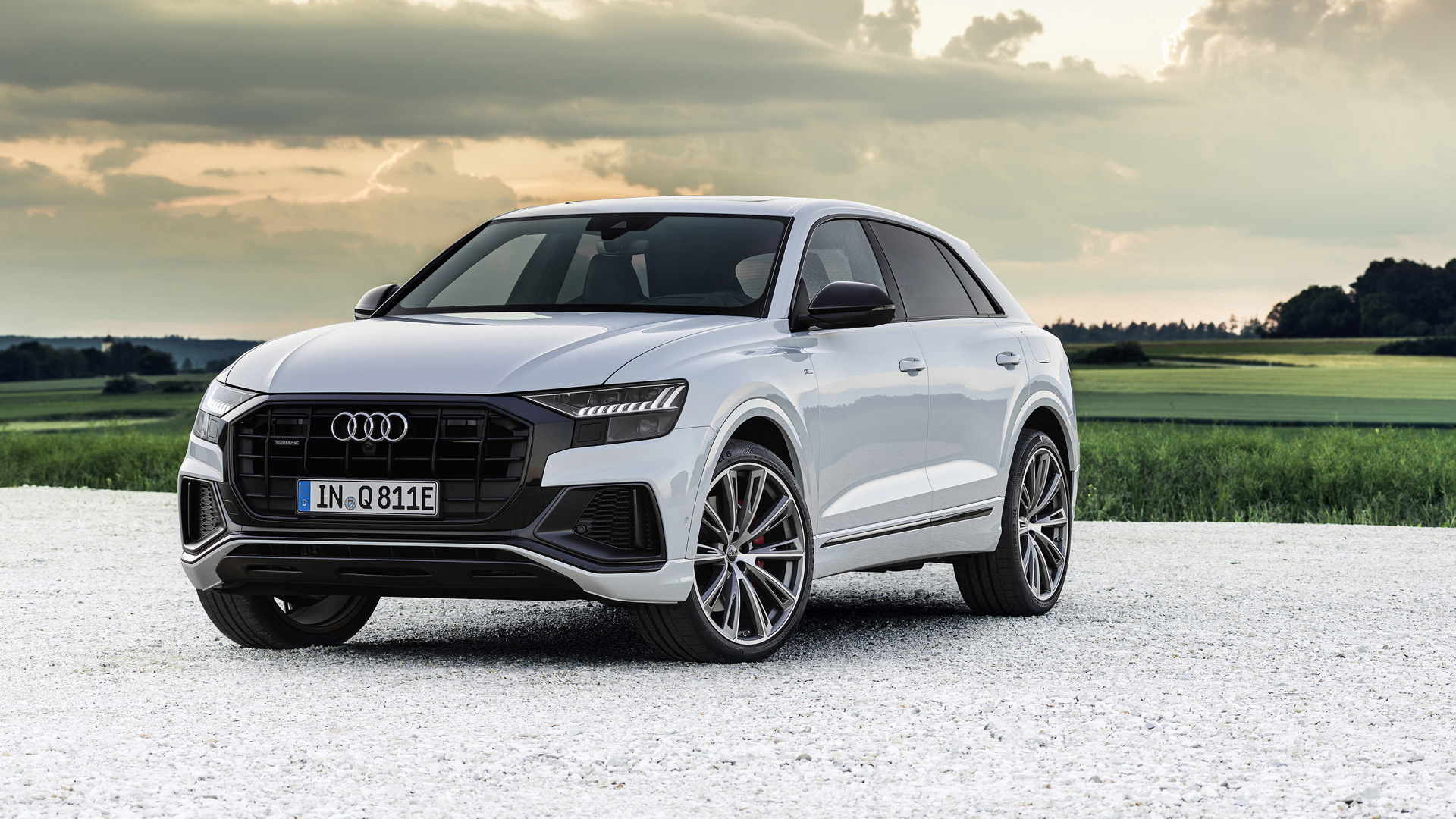 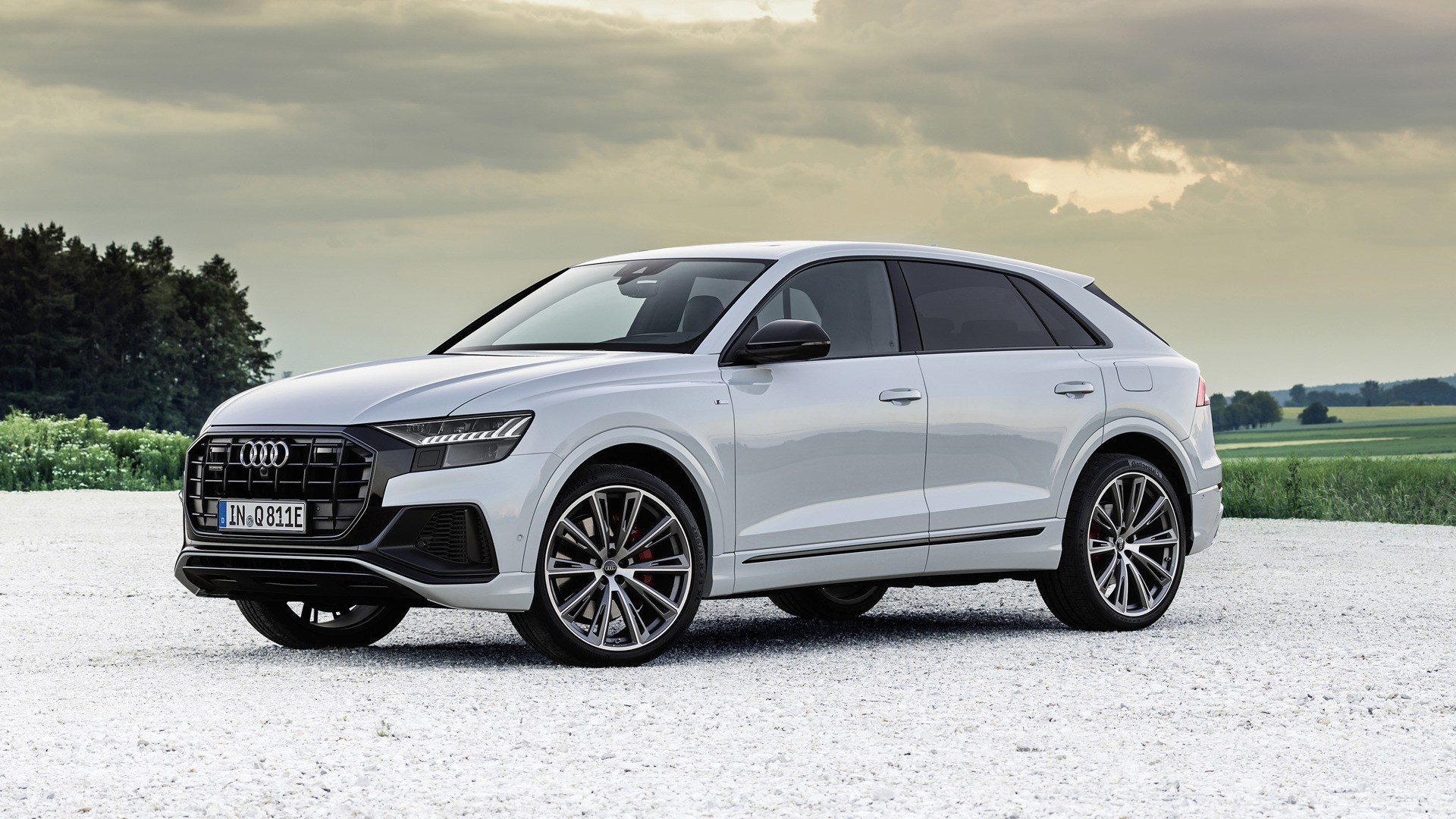 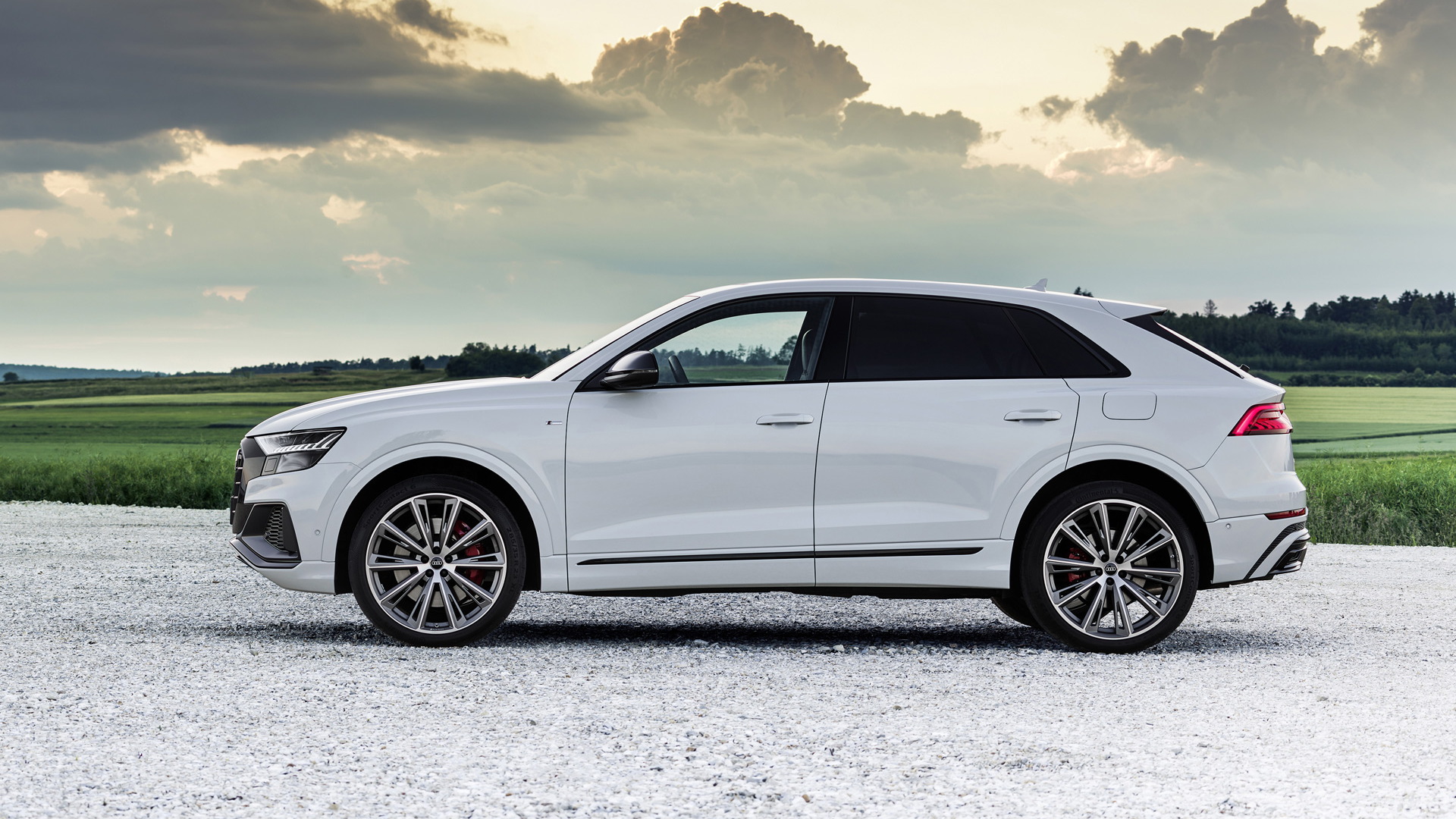 Audi on Tuesday unveiled the first plug-in hybrid powertrain options for its Q8 flagship SUV. Unfortunately, they won't be coming to the U.S. "at this time," according to an Audi spokesman.

Two plug-in Q8s will be offered, badged Q8 55 TFSI e and Q8 60 TFSI e, respectively, and both will come with a new battery with 17.8 kwh of capacity. Most of Audi's existing plug-in hybrids only have a 14.1-kwh battery, meaning the Q8 plug-in hybrids should deliver more electric range.

Both plug-in hybrids also have a similar powertrain, specifically a 3.0-liter V-6 mated to a single electric motor integrated with an 8-speed automatic transmission. Drive is to all four wheels, with the all-wheel-drive system able to send up to 85% of the drive torque to the front wheels or 70% to the rear wheels when necessary. In normal conditions the split is 40-60 front-rear.

Like all modern electrified Audis, the Q8 plug-in hybrids will come with the automaker's predictive efficiency assist feature which automatically increases brake-energy recovery or puts the vehicle into coasting mode (switches off the engine) whenever the driver lifts their foot off the gas. The actions are based on a number of factors such as the speed of a vehicle in front, the incline of road, or certain navigation data.

Update: This story has been updated to note that the Q8 plug-ins won't come to the U.S.