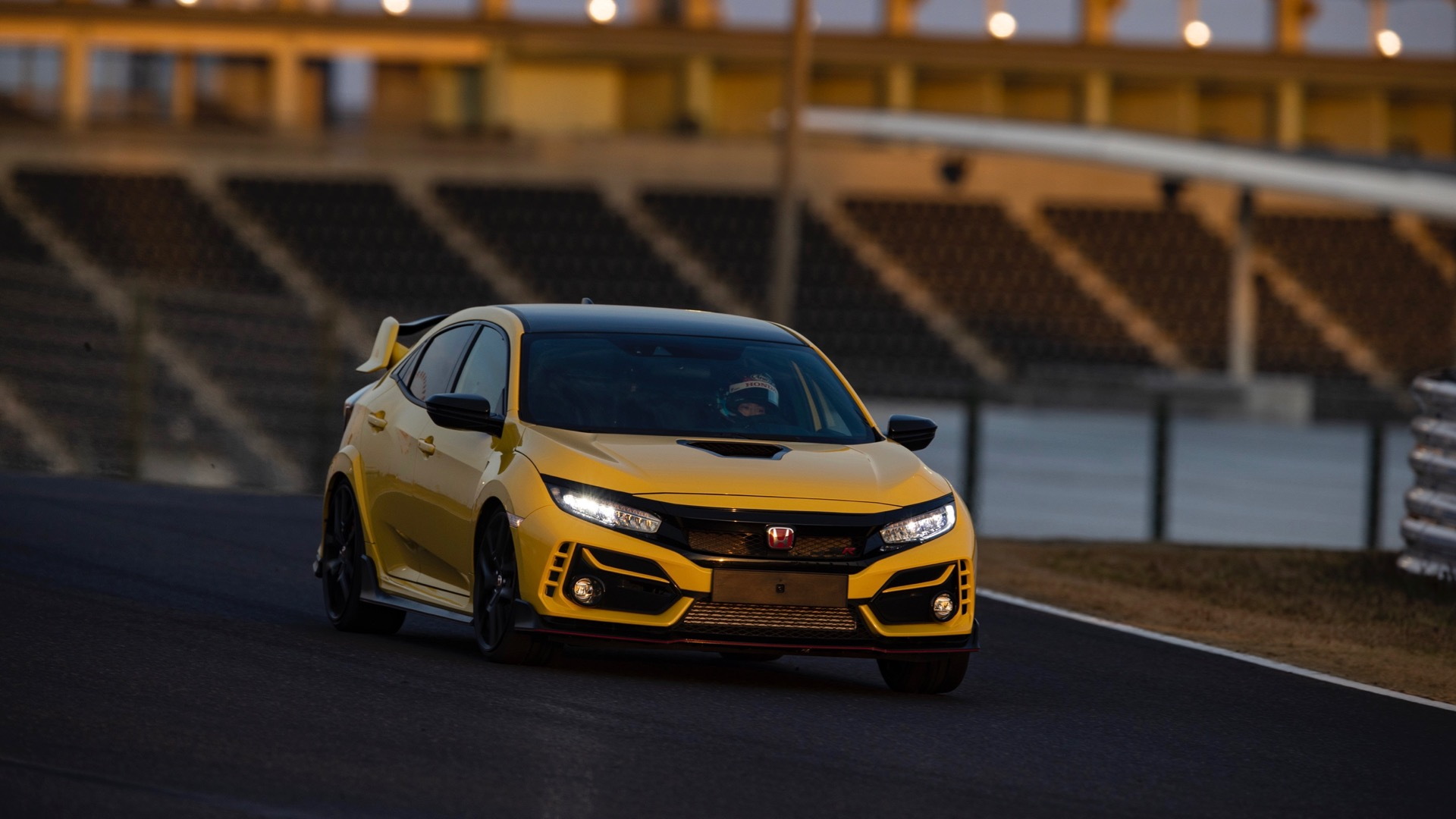 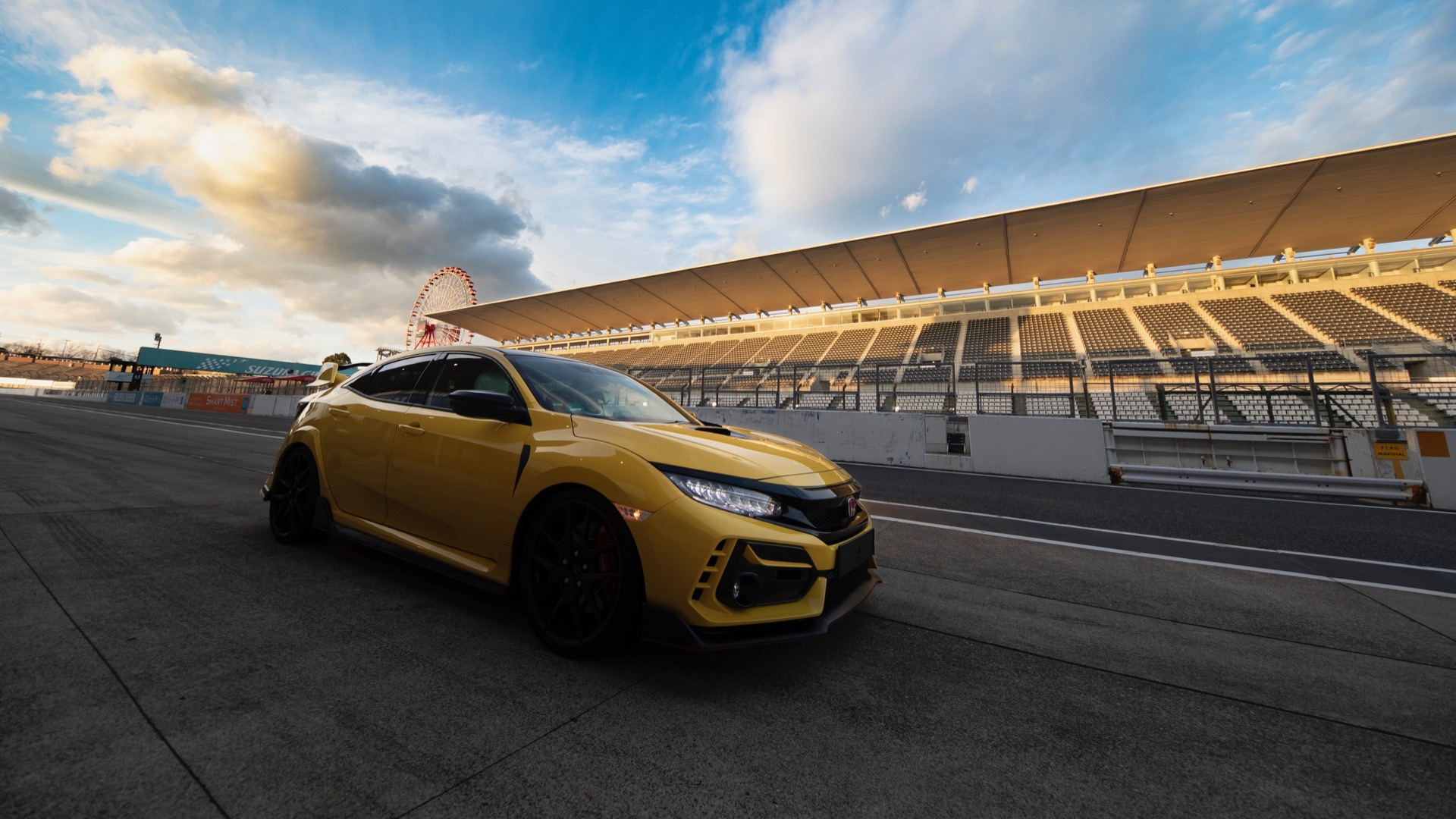 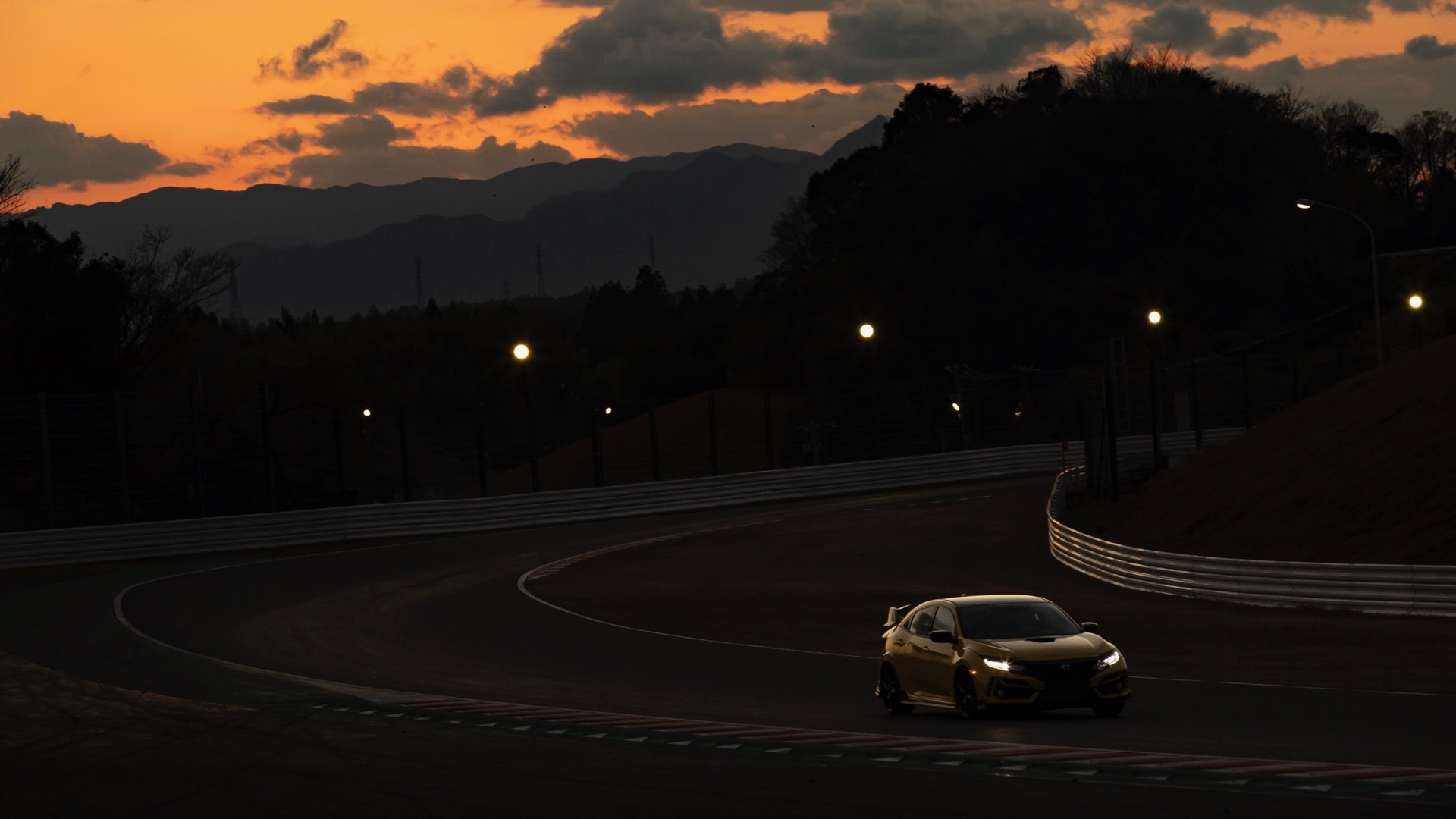 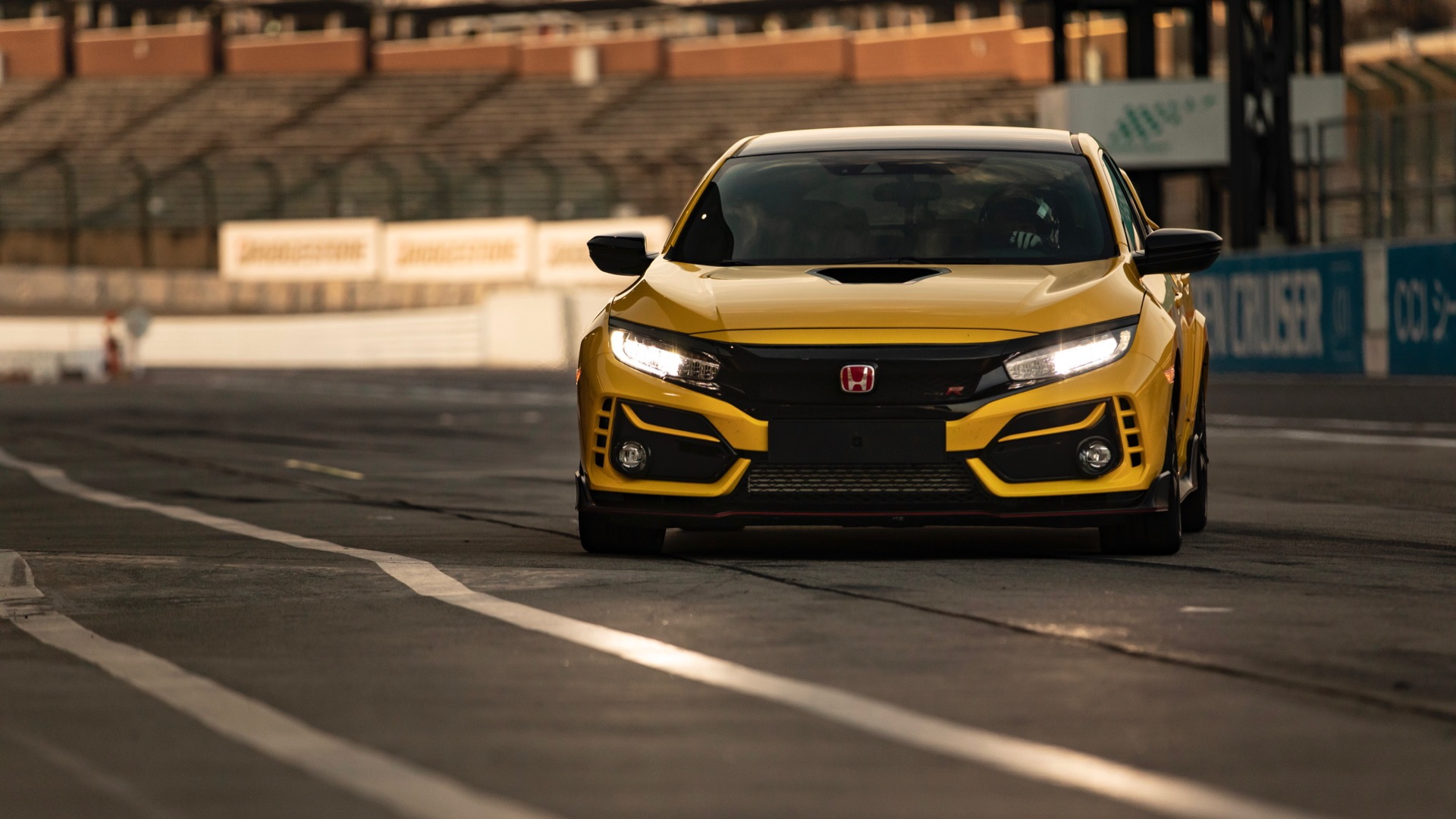 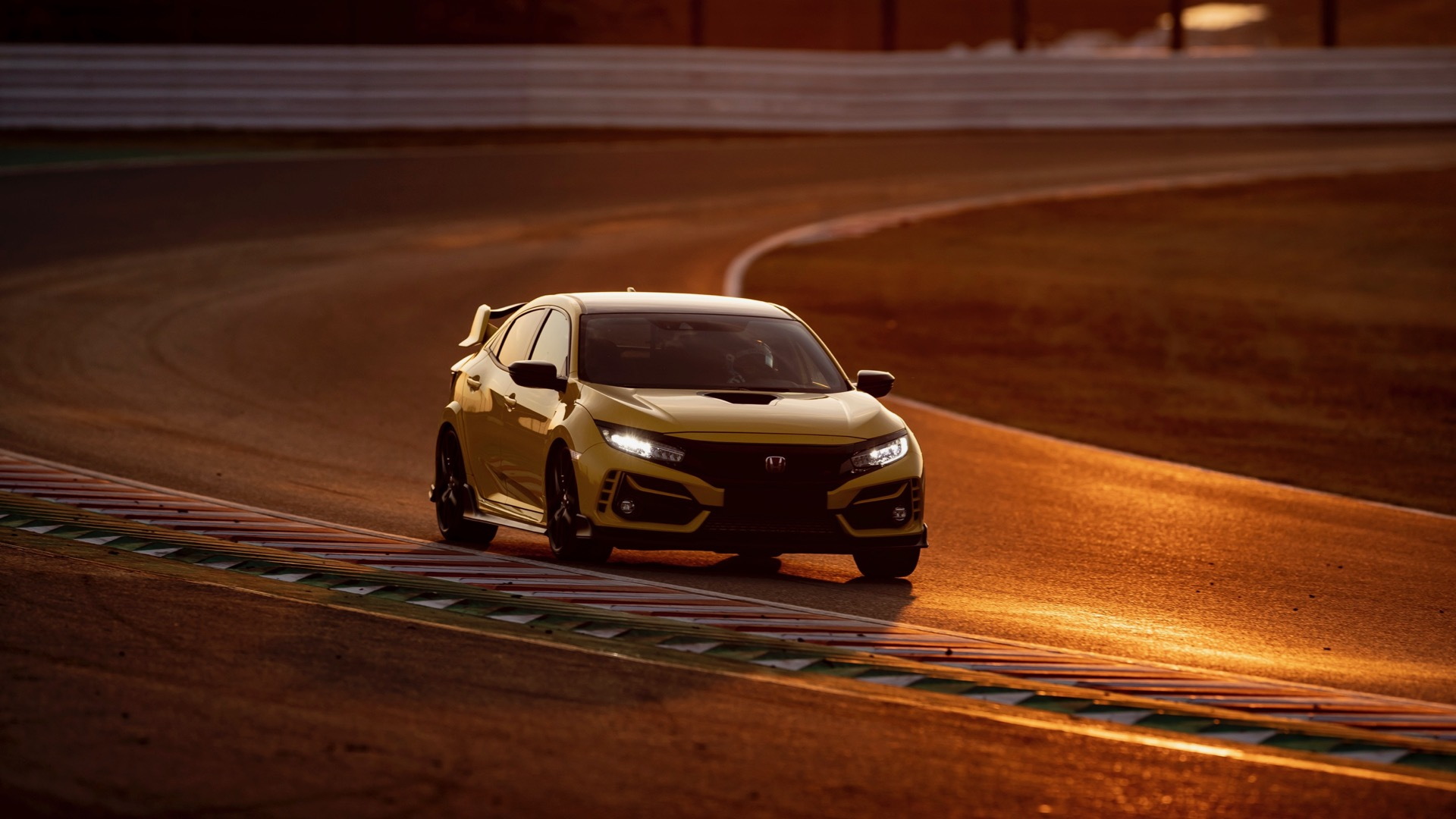 Honda's hottest hatchback is getting a special-edition variant with even greater performance. The 2021 Honda Civic Type R Limited Edition detailed by the automaker Thursday is lighter, louder, and is just getting started. Scheduled to arrive in the United States later this year, the Limited Edition just set a lap record at Japan's Suzuka Circuit.

In the hands of Super GT driver Takuya Izawa, the Type R Limited Edition lapped the 3.6-mile track in 2:23.993 and became the fastest front-drive car to lap the track. (The previous record of 2:25.524 was set in 2019 by a Renault Megane RS Trophy-R.) The record attempt took place during testing in February, using a development car built to final European production specifications "with no modifications or performance enhancements," Honda said in a statement.

The Limited Edition went on a diet compared to  the standard Civic Type R. The hatchback rides on forged aluminum BBS wheels that reduce unsprung weight by 18 pounds, according to Honda. The automaker also stripped out 28.2 pounds of sound-deadening material. European-spec cars shed further weight by eliminating air conditioning, audio, and the Honda Sensing suite of driver aids, but those features will be retained on U.S.-spec cars.

Other changes include Michelin Pilot Sport Cup 2 tires, dampers turned for the new wheel/tire package, and recalibrated steering. The only available color will be Phoenix Yellow Pearl, and each car will have an individually numbered serial plate denoting its original country of sale.

No changes were made under the hood, so the Limited Edition still uses a 2.0-liter turbo-4 that makes 306 horsepower and 295 pound-feet of torque. Power is sent to the front wheels exclusively through a 6-speed manual transmission.

Just 600 cars will be available, with pricing to be announced closer to the Limited Edition's U.S. launch later this year. This may be the last hurrah for the current-generation Type R. A redesigned Civic is expected to appear next year as a 2022 model, and a prototype Type R based on that model has already been spotted testing.