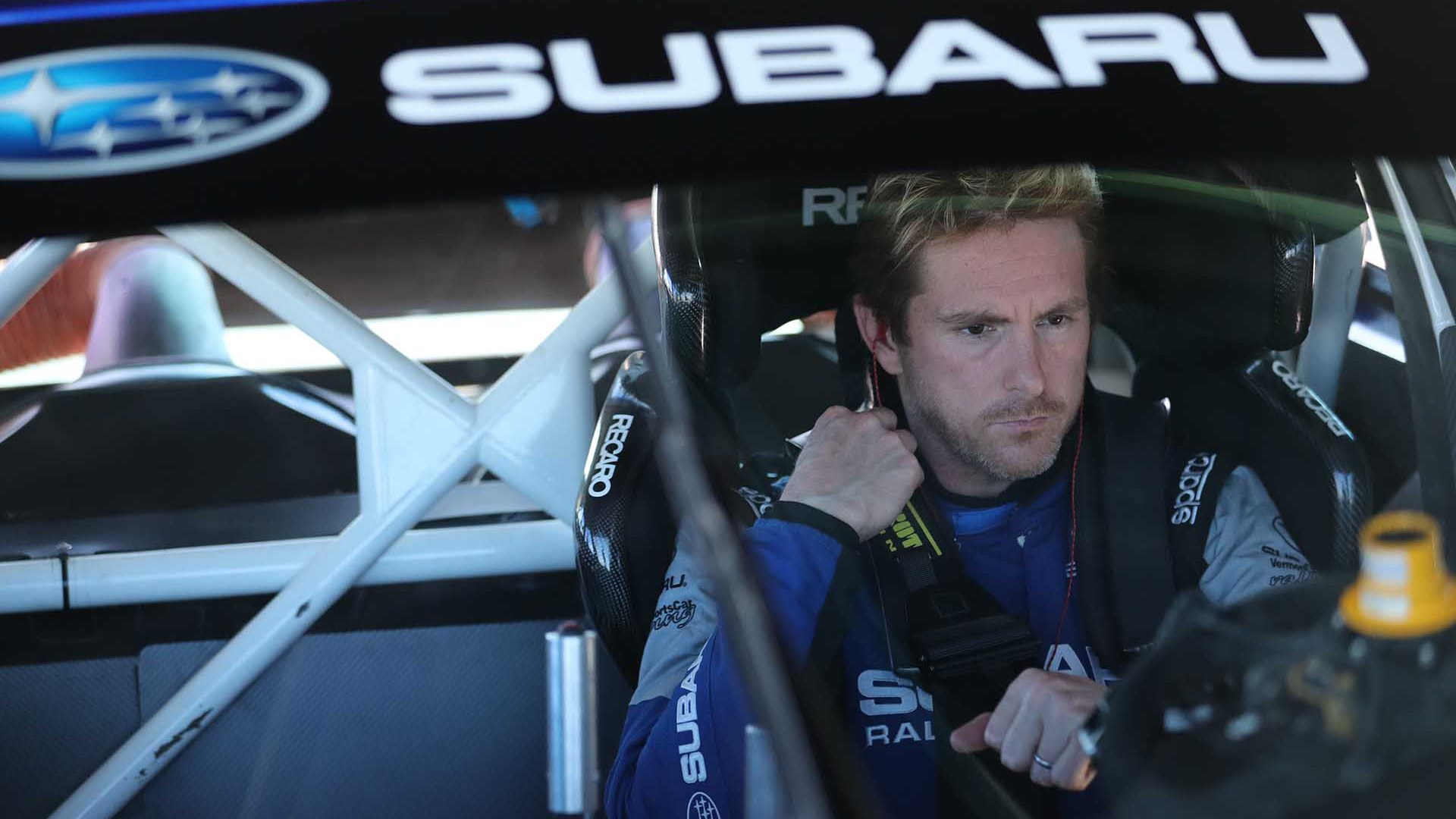 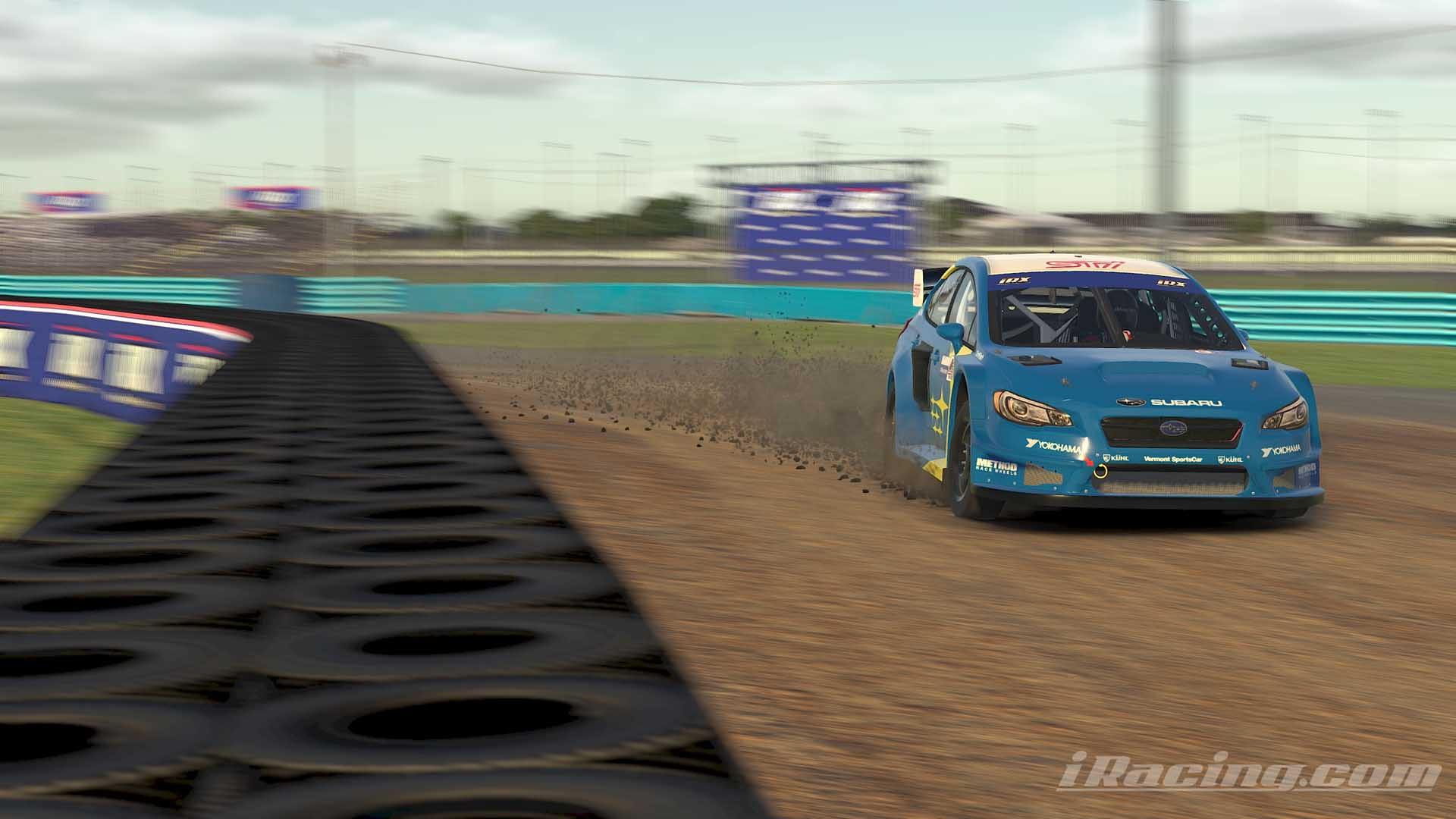 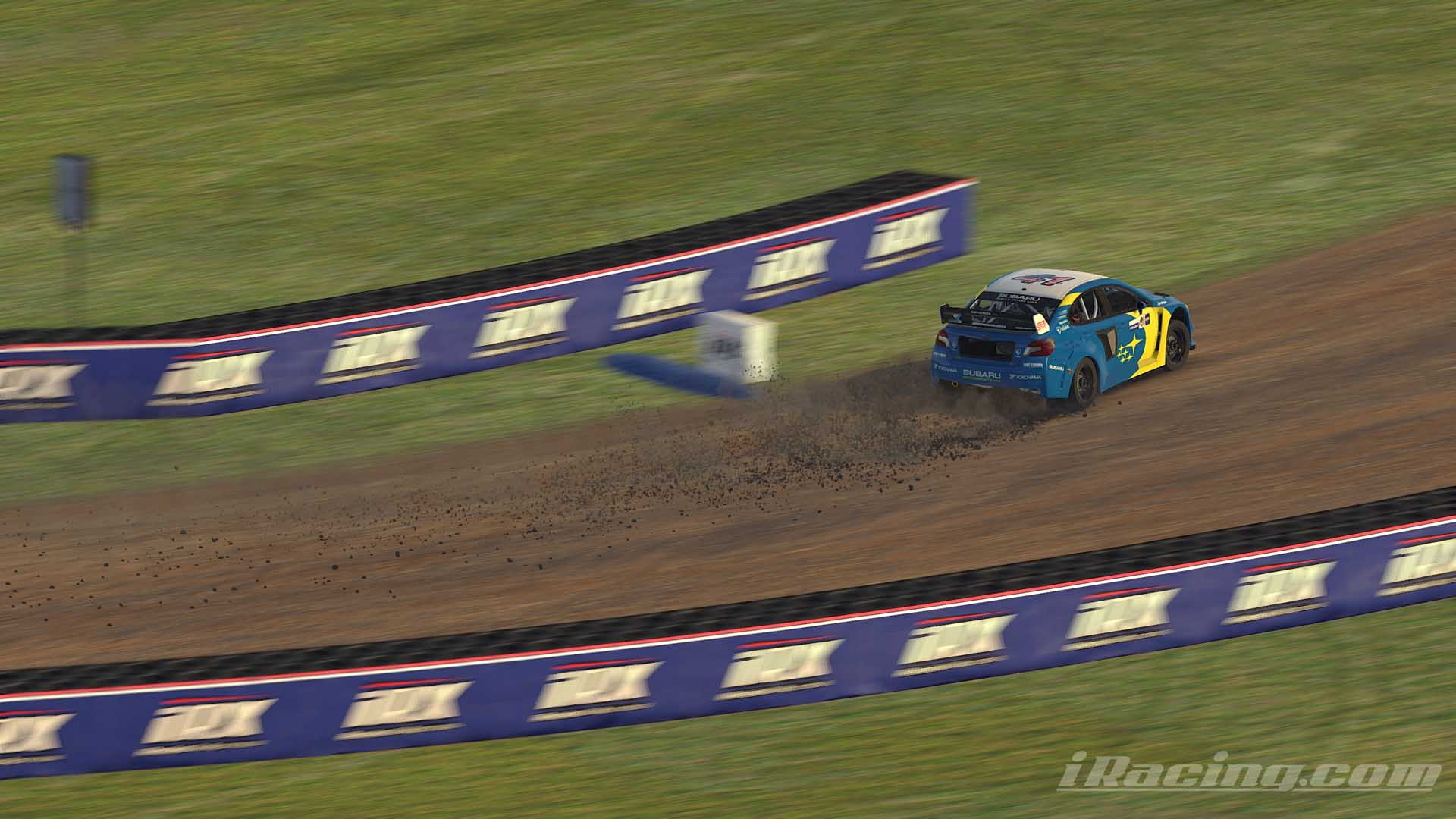 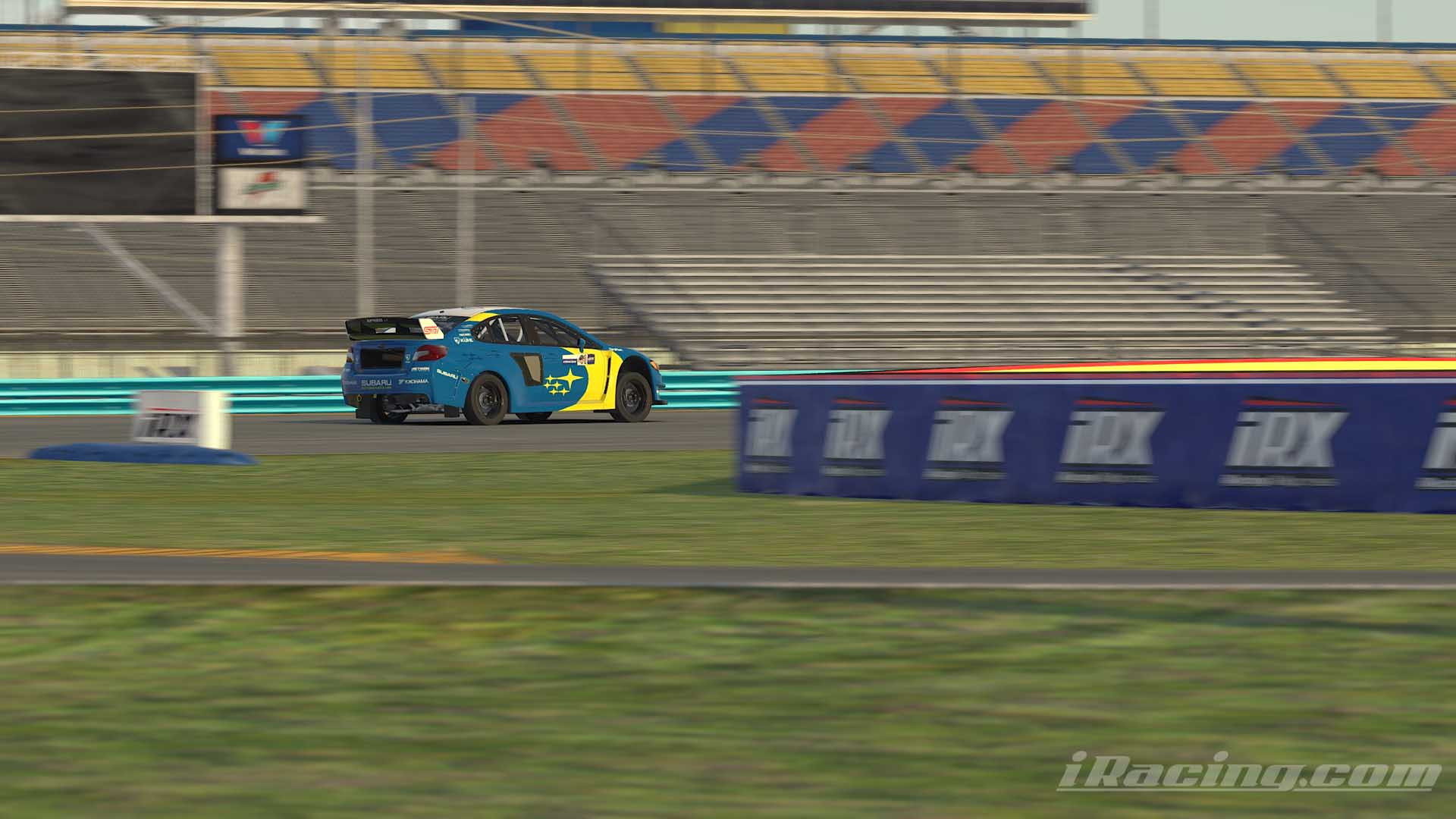 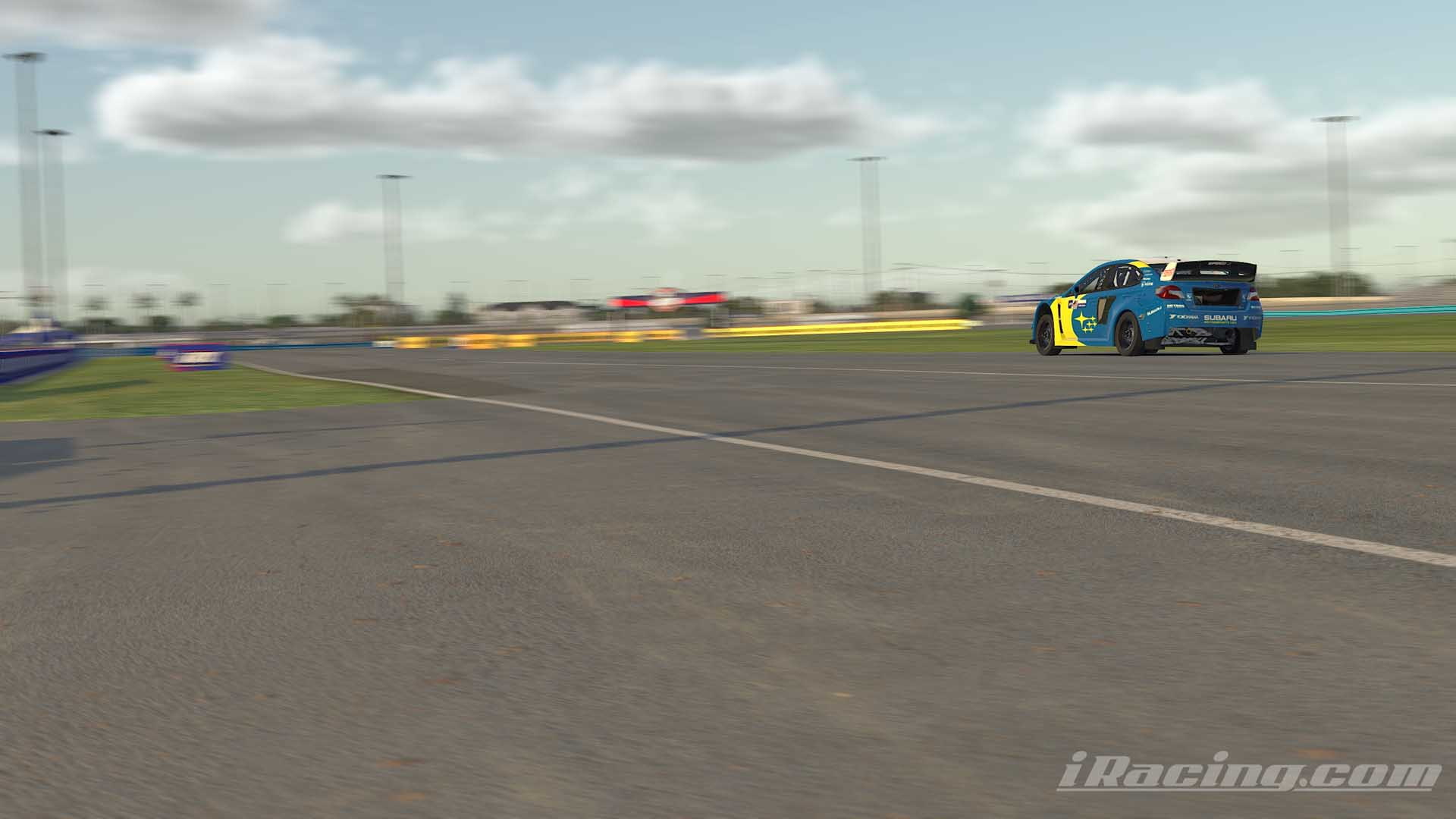 Scott Speed would race a sack of potatoes if you put a steering wheel on it. He’d drive the hell out of it, too.

That comes through about 15 seconds into any conversation with the rallycross champion and former NASCAR and Formula One driver.

“I'm just a competitor, and I will always find what gets me to the finish line first,” he says from his home. A small twang creeps into his speech, but not from his childhood in California. Maybe from his current home in North Carolina.

It adds a light-hearted, familial feel to his confident—if not slightly intimidating—points: he races to win. Always.

For now, that means racing on-screen—not on pavement. Like his Subaru teammate, Travis Pastrana, Scott’s confined to racing on a simulator. He races just about anything—stadium trucks, open-wheel cars, rallycross. It’s a pause for a renaissance racer, and maybe the first break the 37-year-old has ever had.

Scott ascended through karting and formula cars into F1, then shifted to stock car racing, rallycross, and Formula E—he’d like to try stage rally next. It sounds like he can’t wait to fail, but only because that’s the tried-and-true road to winning he already knows.

“I'm for sure not going to be great at it at the beginning. But I love to prove to myself if I can also achieve some success doing that. I'd have to start from the bottom, and I enjoy learning the craft of motor racing,” he says.

Scott not only races in the weekly iRallycross Invitational, but he also helped design the physics for the race cars used in the simulator. Scott points out that the cars were designed for “zero entertainment value, 100% as realistic as possible, period” and says the iRX cars are among the toughest to drive in iRacing.

Established racers in other disciplines struggle. The cars move, the track evolves, the strategy and gamesmanship (or, racecraft) change.

Despite his hyper-competitive attitude, Scott’s actually an open book.

“I have no secrets. I'm constantly trying to ask all the kids and all the other racers that are doing the Rallycross stuff if I can help, because the quicker everybody gets up to speed and the more they all enjoy it, the better it is for all of us,” he says.

He means it, too.

He shares with me his sim setup: a Heusinkveld rig, complete with pedals, three monitors, and a Simucube Direct Drive wheel. He calls it a minimalistic setup but notes he’s not getting beat because of his hardware by anyone. Even though its retail value is well past $1,000, he notes that one world-class competitor uses a “Logitech G27 wheel and pedals you get at Best Buy for 200 bucks…It’s all a bit of personal preference.”

Then he shares with me the first thing he tells sim rallycross racers. It’s a full minute of coaching from a professor of racing before I get a word in—not that I want to say anything.

“The biggest thing in Rallycross is that the track conditions change,” he says. “In iRacing, when you start off in practice, the track is fresh, so that dirt is thick, and you can slide the car around a lot more. As more and more cars are on the track, or as you do more and more laps, it sweeps off the thick gravel just like it does in real life, and you have to start becoming a lot more line-dependent.

“It becomes a lot more important that you're in the right spot because as that gravel gets thrown out of the way, you start getting down a little bit more grip, but that grip shows up in a narrow line. It becomes more important to be in that line than it does necessarily trying to carry a lot of speed or drive recklessly. …Understanding that the dirt will change like that will really, really help.”

It’s a master class from a master of speed.

“Around Sonoma, I never took a single corner below fourth gear. The engine has a lot of torque, and in (iRacing), that's kind of hard to understand,” he says. “I think in real life you'd be in fourth, too.”

The twang comes back and it’s clear from the way Scott talks that he’d have the same enthusiasm talking corners at Sonoma in his simulated rally car, corners at Monaco in an F1 car, corners at Utah Motorsports Campus (where he broke his back last year, but he’s fully recovered), or corners on his driveway.

Racing isn’t just in his blood. It’s in his breath. Every breath.

He walks me through the analytical parts of every corner, every decision, every move. He makes moves on the track like he has to answer for them at the end. He’s competitive-compassionate if there is such a thing.

Scott hasn’t yet won, but his heat race at Sonoma was blisteringly fast. The first corner of his final was brutal, a pile-up should’ve sidelined his car.

“It's the first corners that are always super difficult in Rallycross, and in the virtual Rallycross they seem even more difficult,” he says. “With how hard I was hit into the wall, it was a miracle that the car was able to continue going at all.”

If there’s a way to race, Scott Speed will find it. Always has.