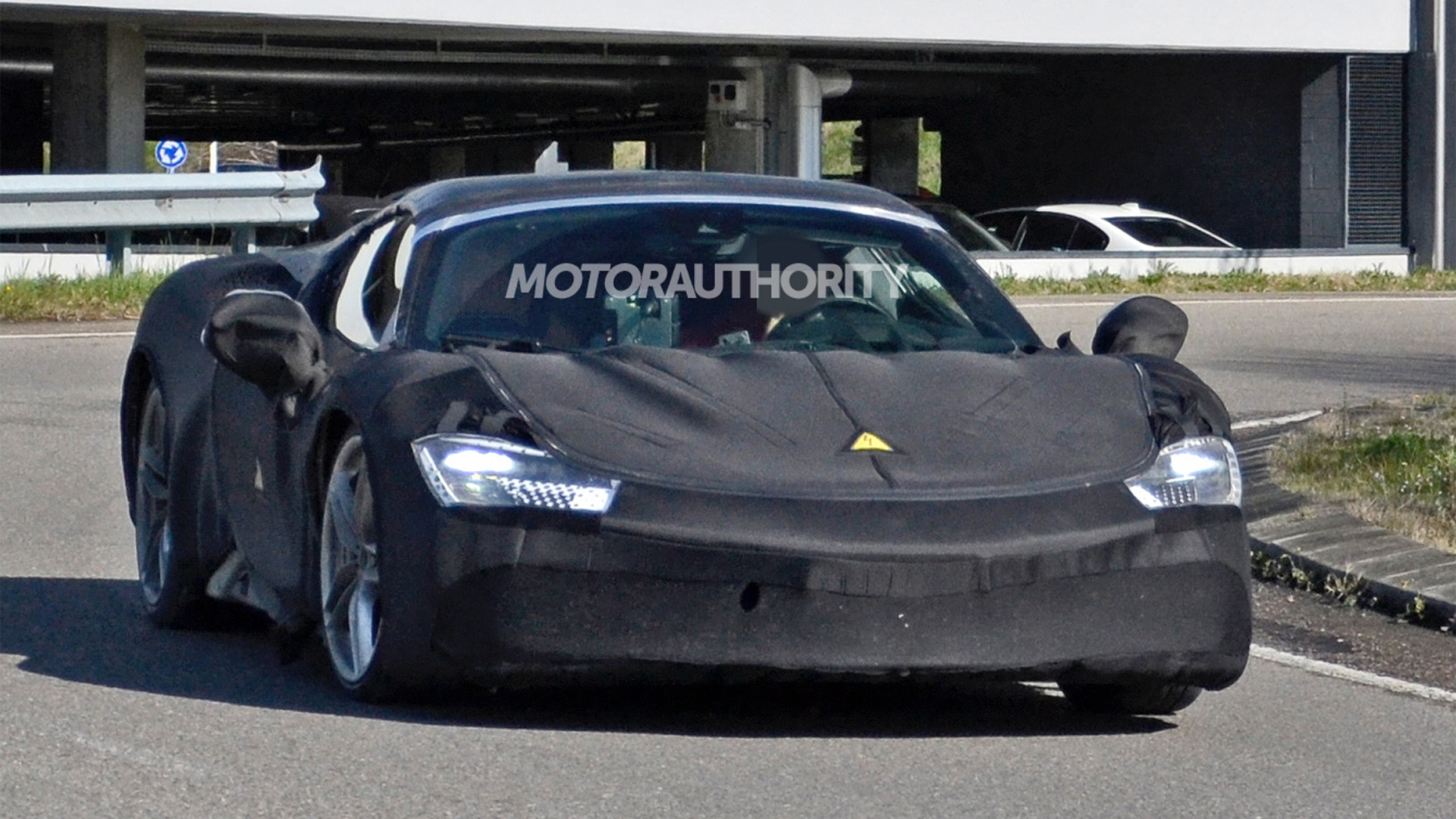 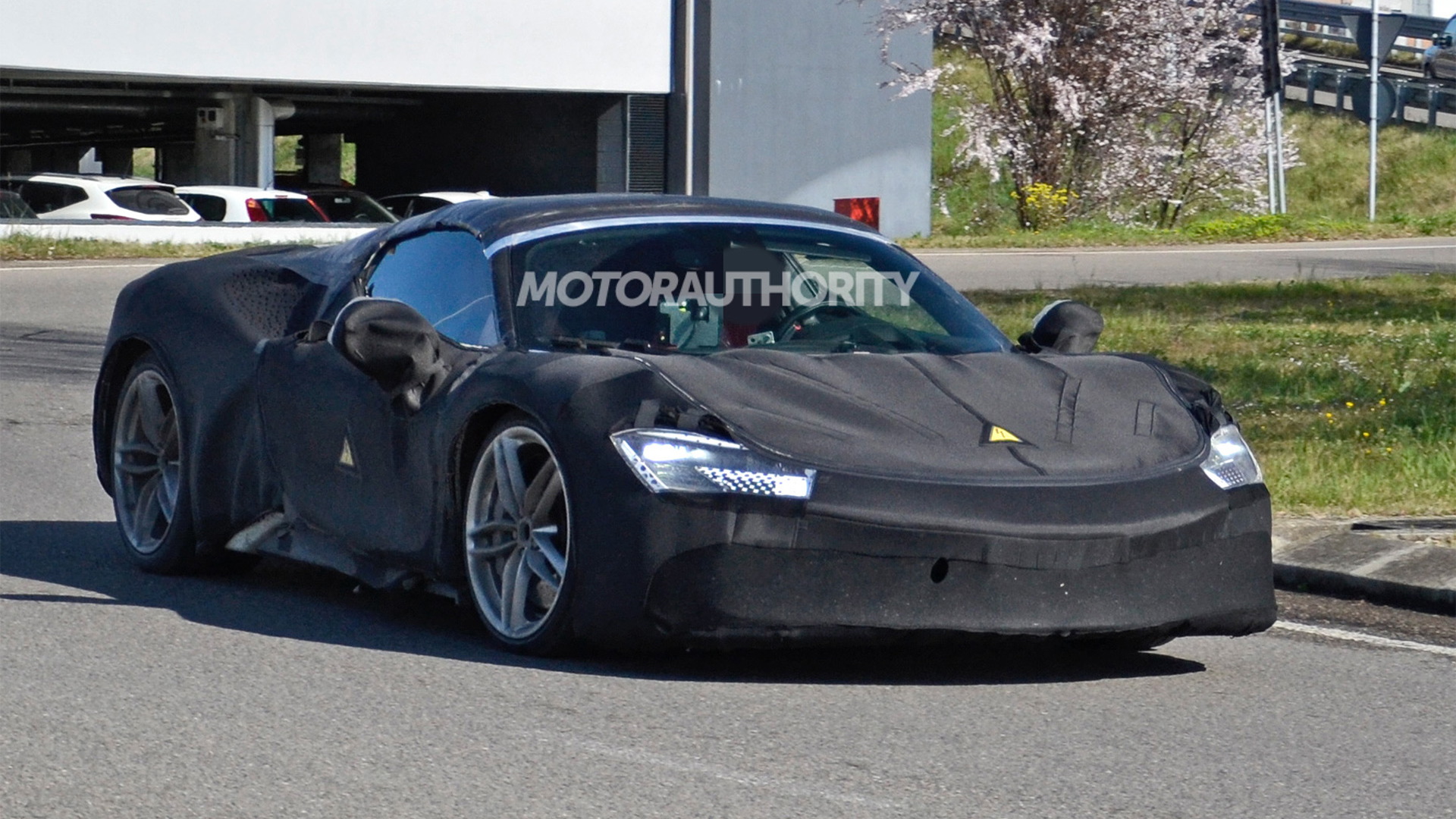 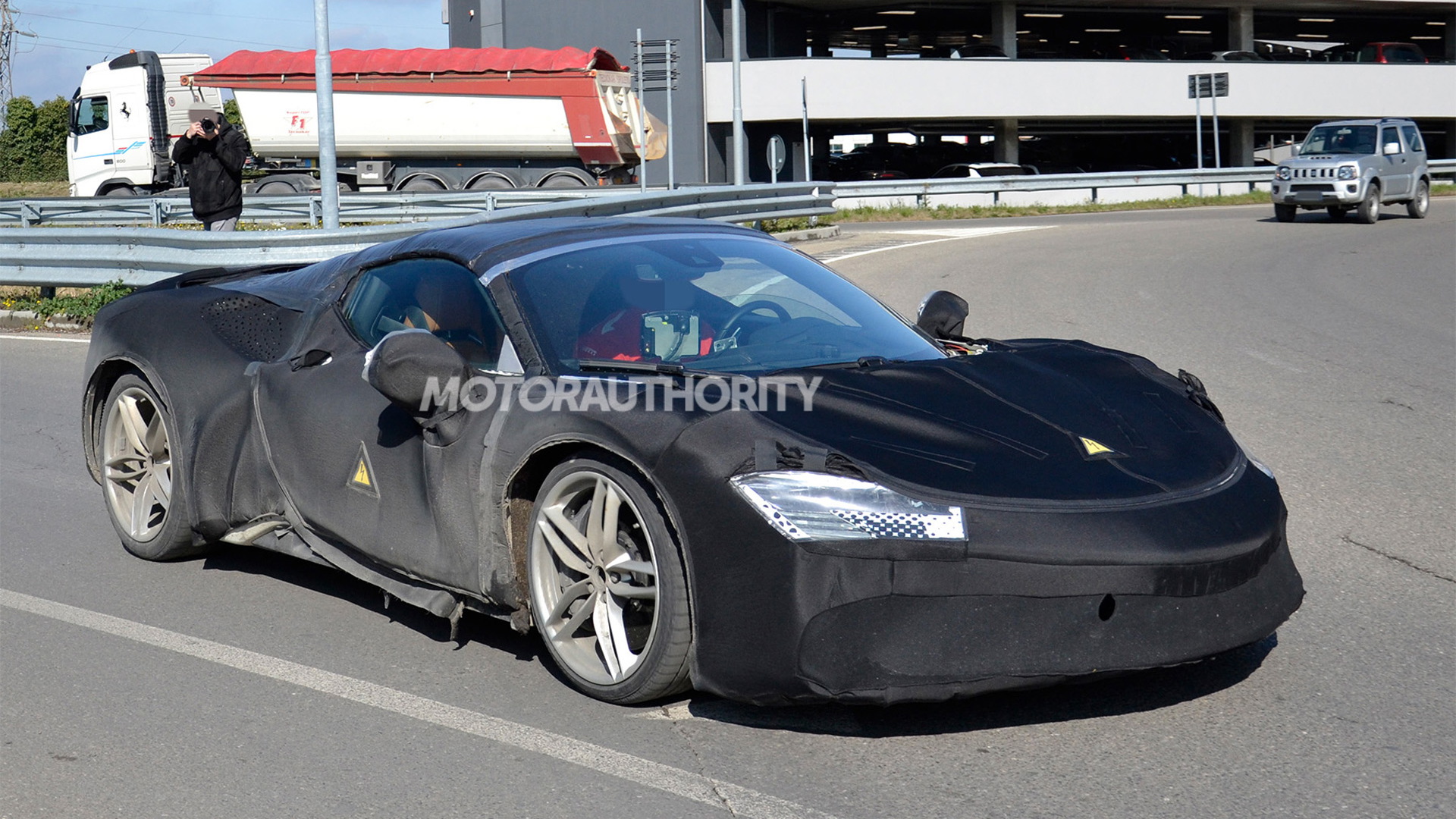 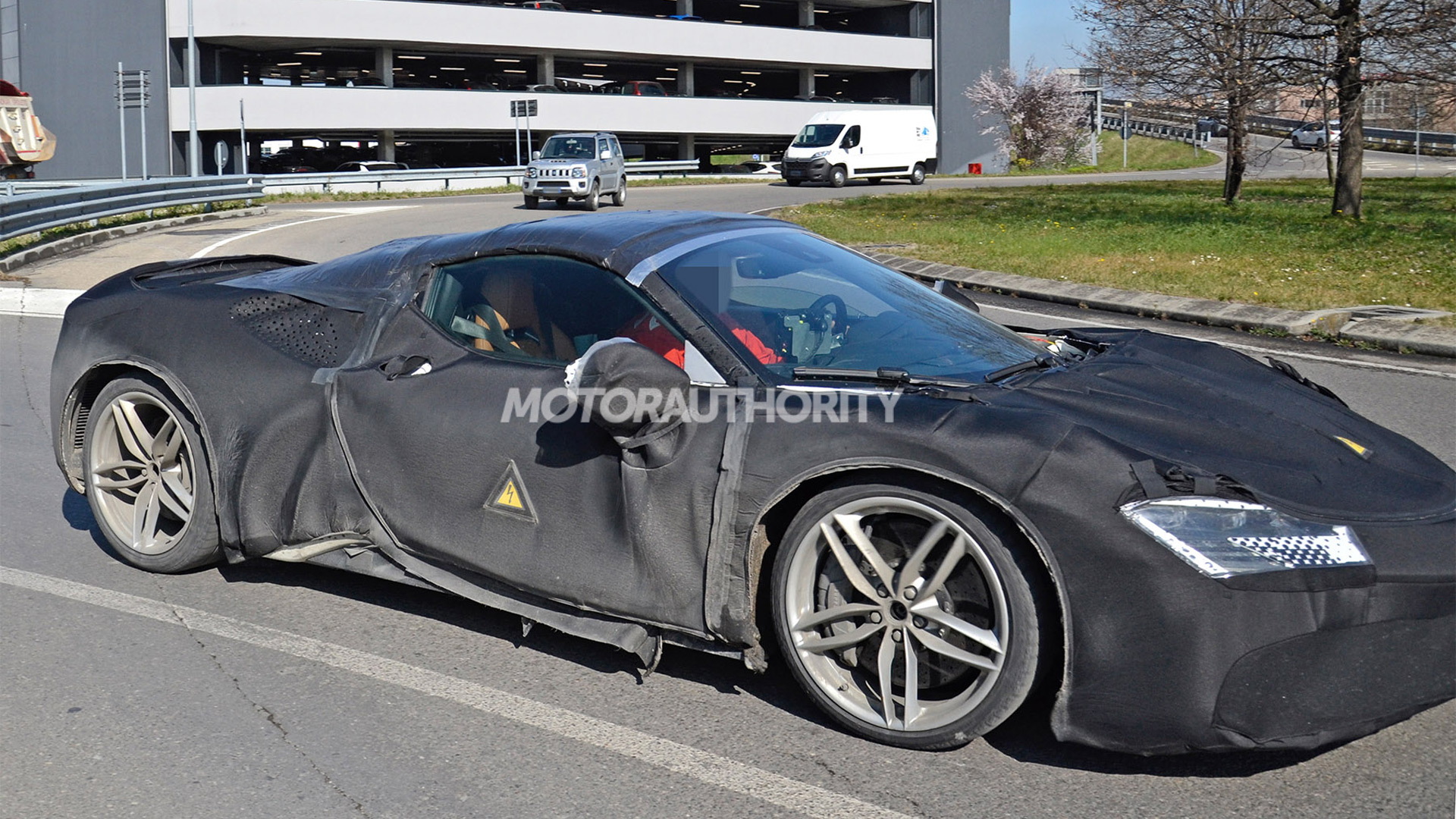 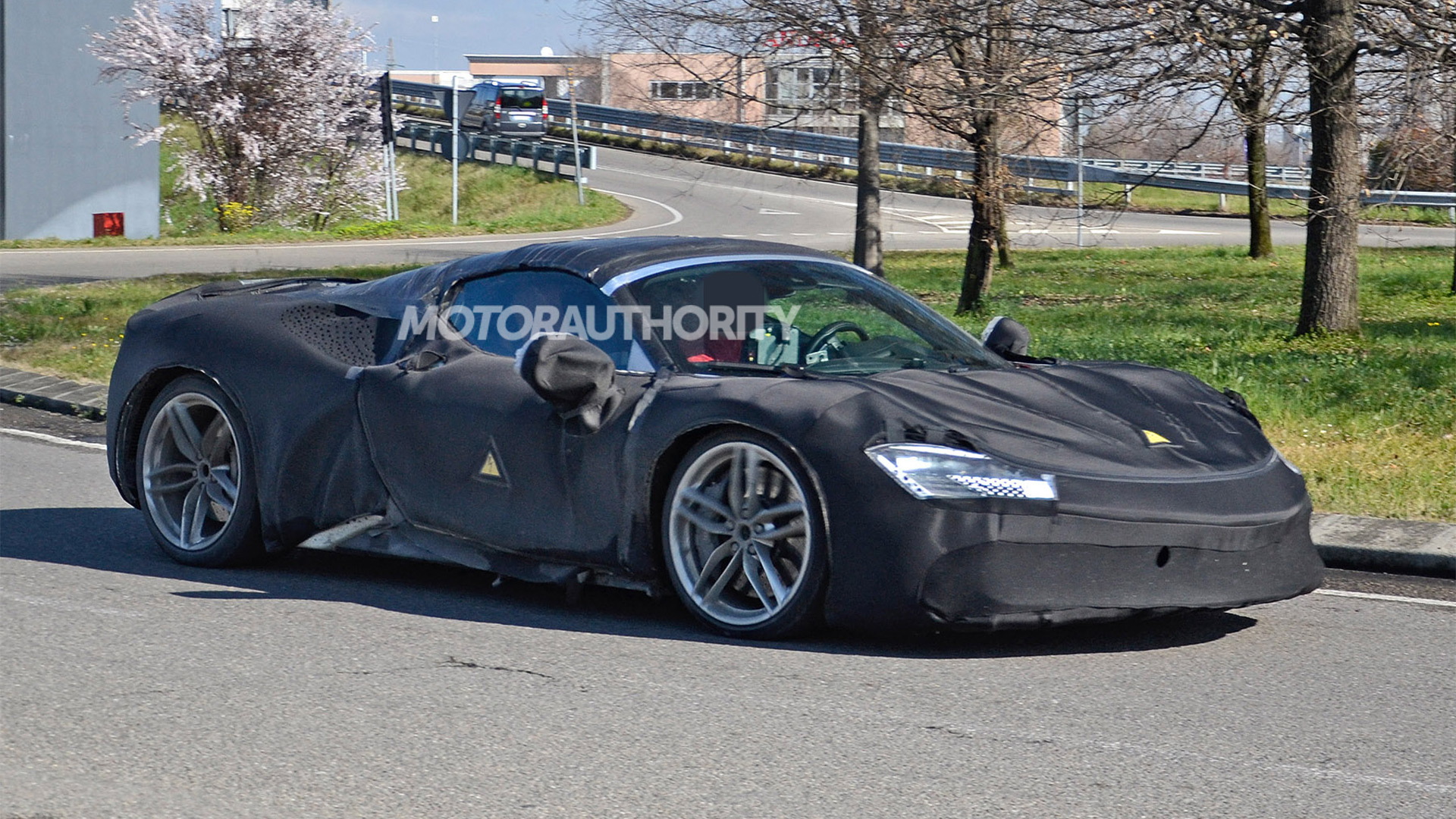 Ferrari is out testing what appears to be an open-top version of the SF90 Stradale plug-in hybrid supercar.

The heavily masked prototype may resemble one of the testers for the fixed-roof SF90 Stradale, but it's missing the roof-mounted antenna of those earlier cars. The new position looks to be located further back behind the roof.

The section covering the engine bay also appears wider and flatter than on the SF90 Stradale coupe, which would make sense if the section is designed to lift up and house the roof like the mechanism on Ferrari's other mid-engine convertible, the F8 Spider. 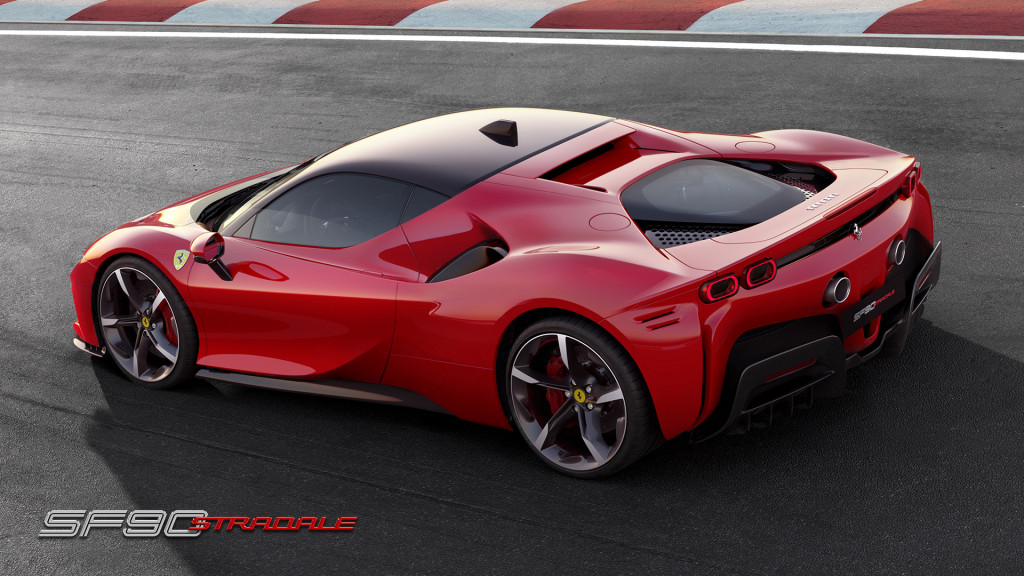 Ferrari hasn't announced plans for an SF90 Stradale convertible, though such a car is likely given the automaker's plan to have 15 cars in its lineup by the end of 2022—60 percent of which are to be hybrids. The automaker has also just added a convertible option for the 812 Superfast, while the Portofino convertible has spawned the Roma coupe.

Beyond the new roof, the SF90 Stradale convertible should be a match for its coupe sibling. This means there's not only a 4.0-liter twin-turbocharged V-8, but also an 8-speed dual-clutch transmission and trio of electric motors. System output is a LaFerrari-topping 986 horsepower. Two of the motors are mounted at the front axle to form a hybrid all-wheel-drive system with precise torque vectoring. These two motors can also provide drive when the SF90 Stradale is in electric mode. A battery with 7.9 kilowatt-hours of capacity provides about 15 miles of range. Other performance numbers include 0-62 mph acceleration in 2.5 seconds and a top speed of 211 mph.

Look for the debut of the SF90 Stradale convertible later this year. A possible designation for the new roof option is Spider, or perhaps Aperta. The car is expected to be one of two new Ferraris due out in 2020. Another is likely to be an updated Portofino.