"We do not consider Tesla to be a direct rival," Michael Steiner said in an interview with Automotive News Europe published on Wednesday.

With the Model 3, Tesla is chasing higher sales volumes than Porsche is interested in, Steiner noted. Porsche also has different benchmarks for success, he said.

"It's not our aspiration to be the leader in electric range," Steiner said. Instead, Porsche plans to focus on making batteries smaller, lighter, and able to recharge more quickly.

The Porsche Taycan lags behind the Tesla Model S in range. While the Model S can achieve over 300 miles of range, the best EPA figure for the Taycan is currently 201 miles. That's the rating for the mid-range Taycan Turbo model. The base Taycan 4S could return a better range figure (none has been released so far), but likely won't be able to close the gap to the Model S.

The Taycan has been engineered with a greater emphasis on performance than efficiency. Porsche imported electronic driver aids from its gasoline cars, and opted to dial out the strong regenerative braking used in other electric cars. 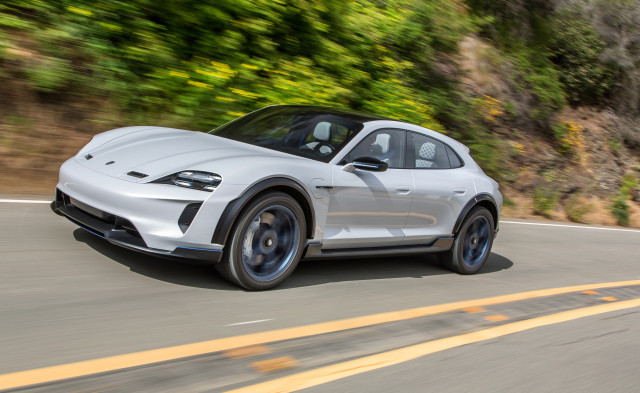 The Taycan seemed to attract significant interest from Tesla owners initially, with Porsche reporting that many early-reservation buyers already had a Tesla in their garages.

The next-generation Porsche Macan, due in 2022, will offer an electric powertrain, making it a possible Tesla Model Y rival. However, Steiner said the Macan will also offer a gas engine for as long as customers want it and regulators allow it. "We cannot expect electric mobility to advance in all regions at the same pace, so we currently anticipate that in specific segments there will be a need to offer both a combustion engine and a full-electric or plug-in hybrid version in parallel," Steiner said.

Porsche has also followed Tesla's lead in developing its own charging infrastructure, even using a similar name. Tesla has its Superchargers, and Porsche has Turbo Chargers.

The Porsche DC fast-charging stations can charge at up to 350 kilowatts, making them some of the most powerful available. The Taycan's 800-volt electrical architecture allows for charging at that rate. Porsche has said the stations can add 100 kilometers (62 miles) of range in just five minutes.

In addition to the Taycan sedan and Macan crossover, Porsche will launch a Taycan Cross Turismo wagon. Offering more utility than a Model S but with tidier packaging than a Model X, the Cross Turismo likely won't have a direct Tesla competitor.