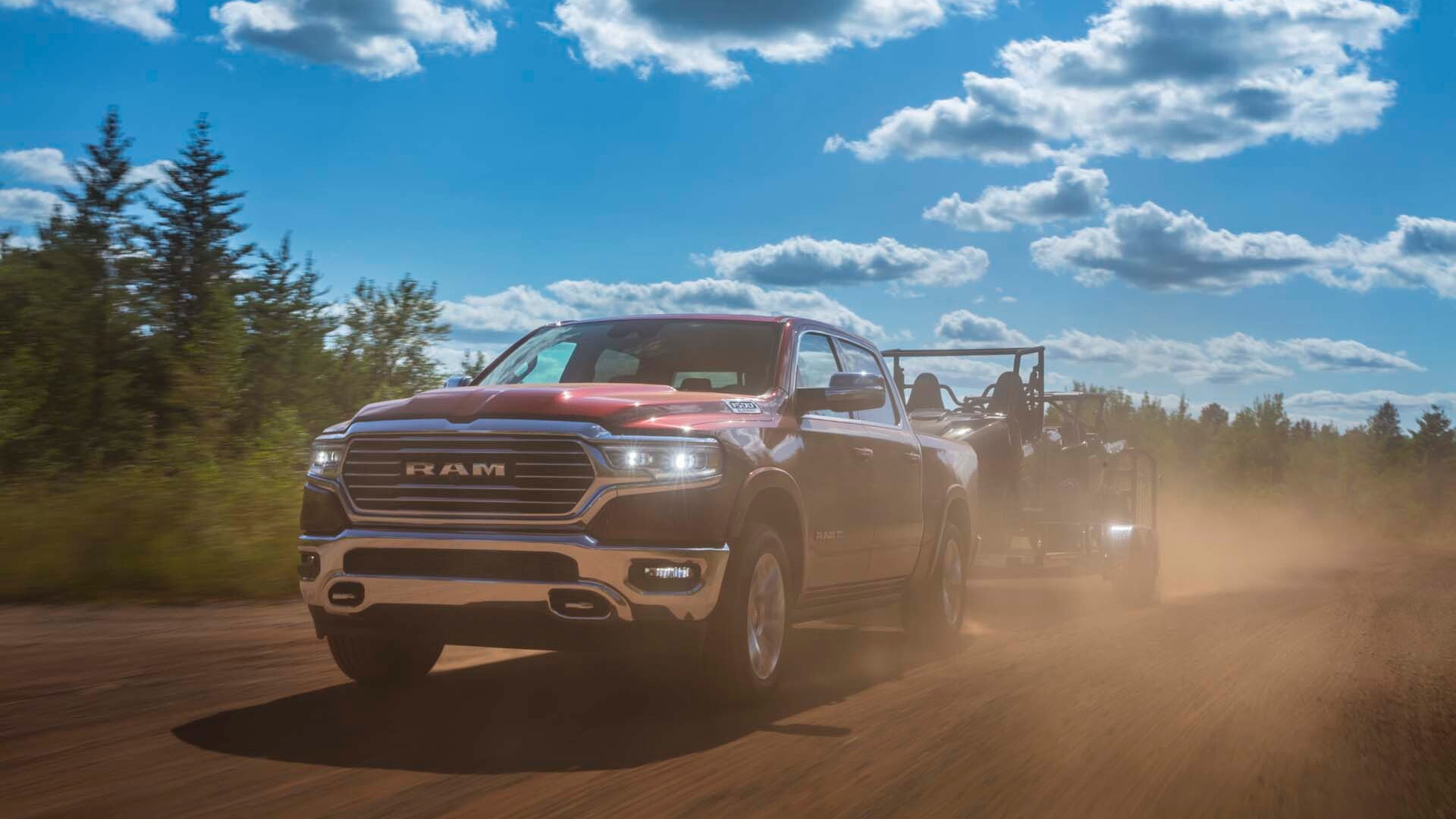 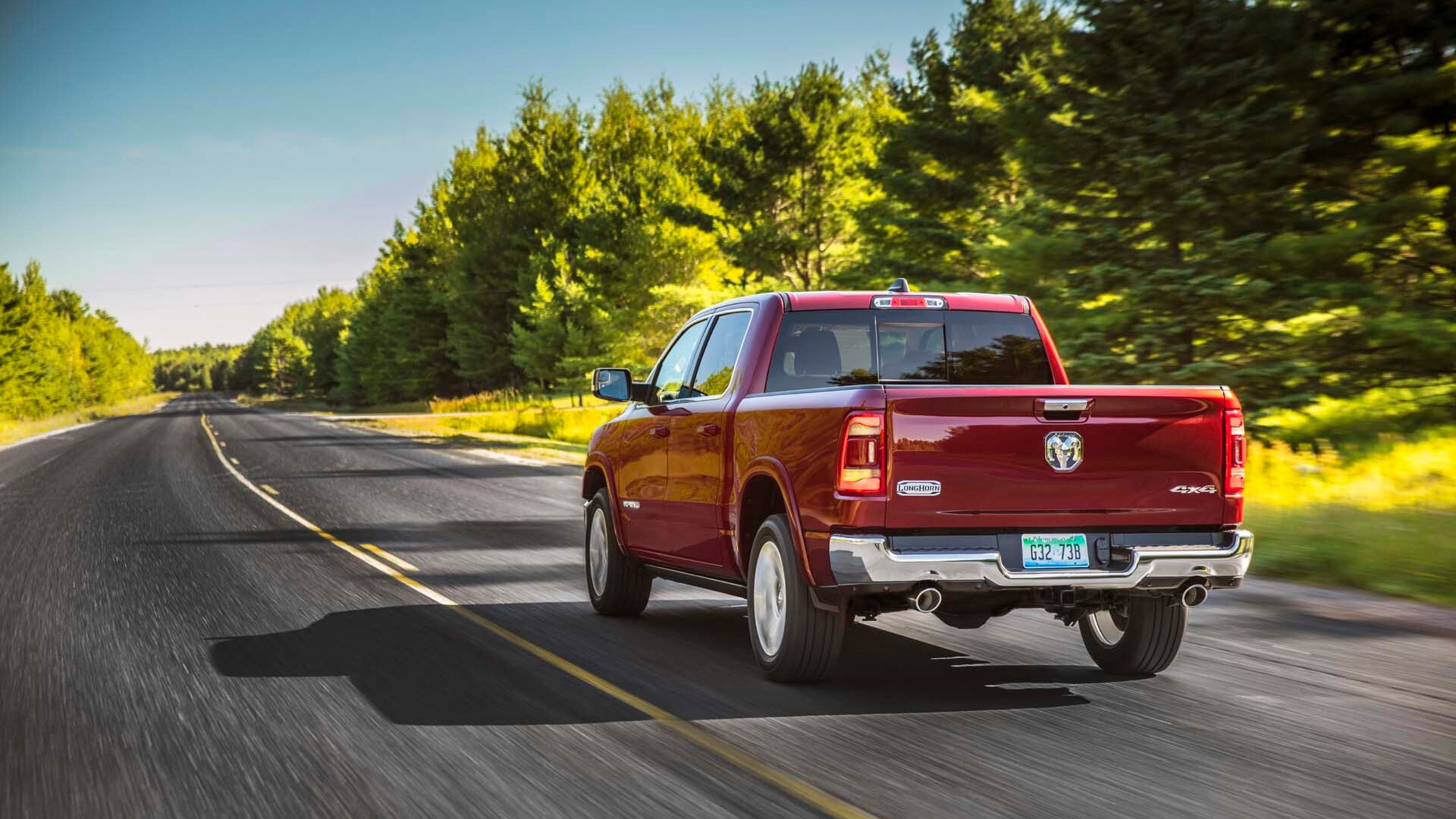 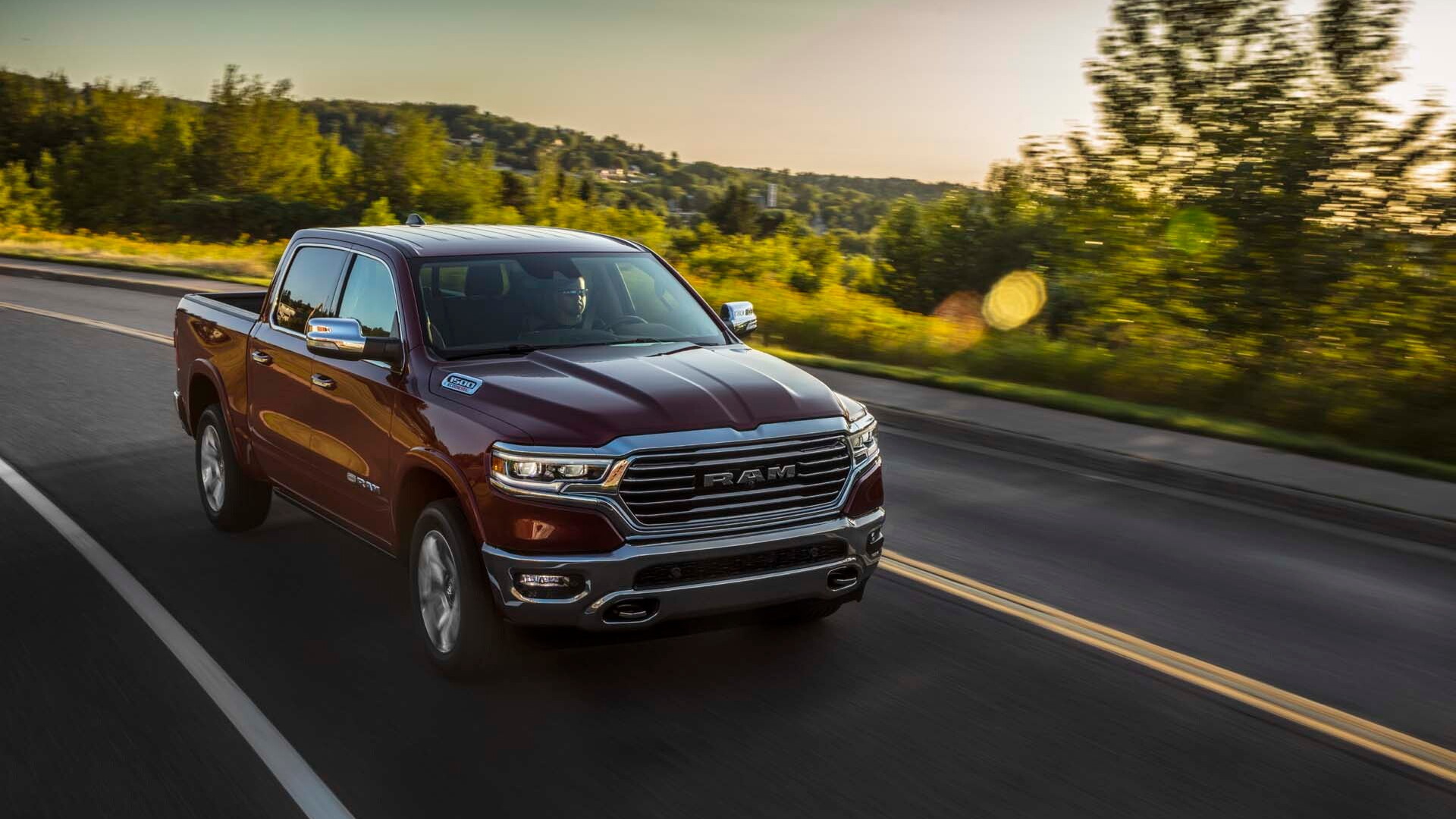 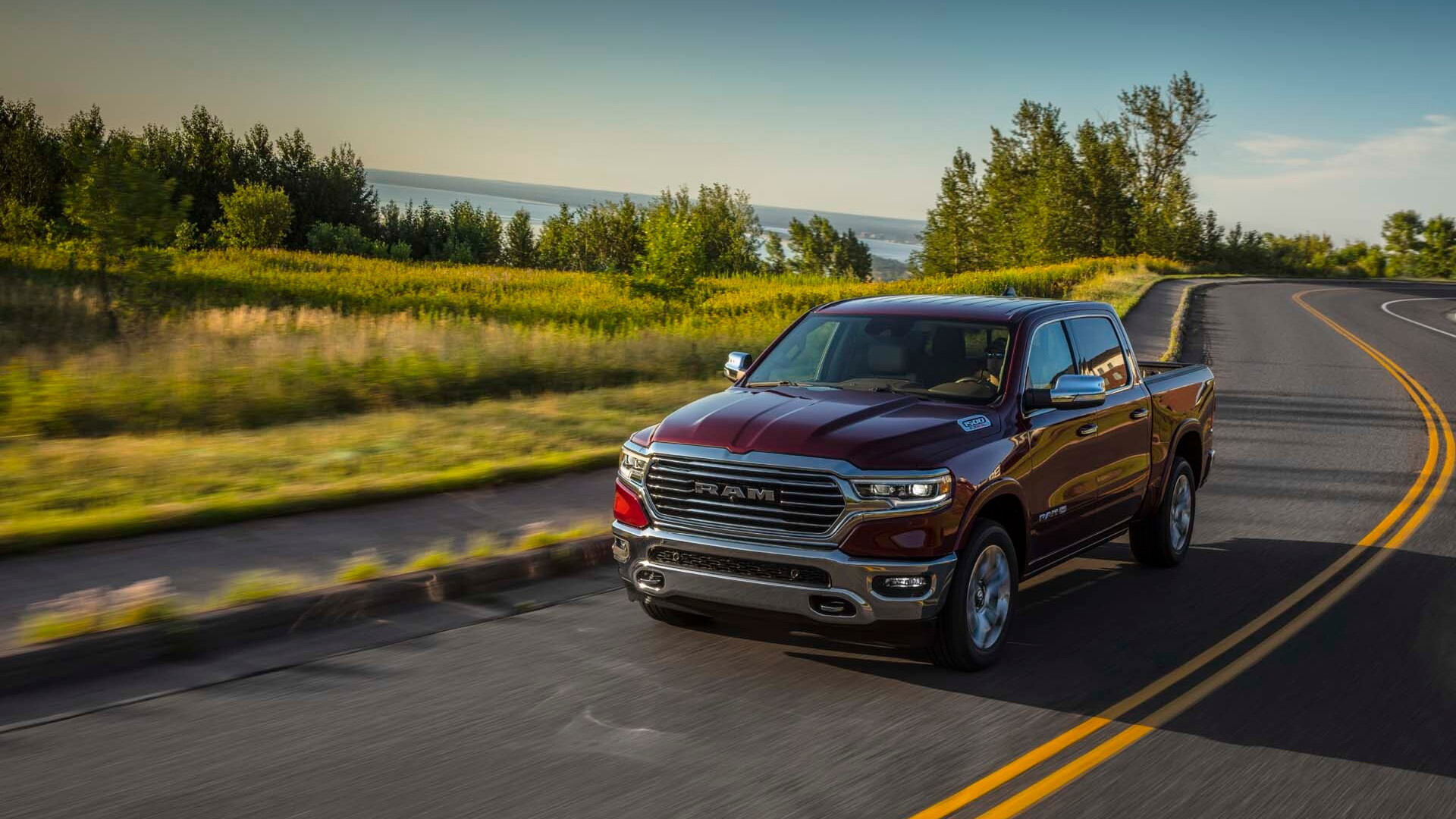 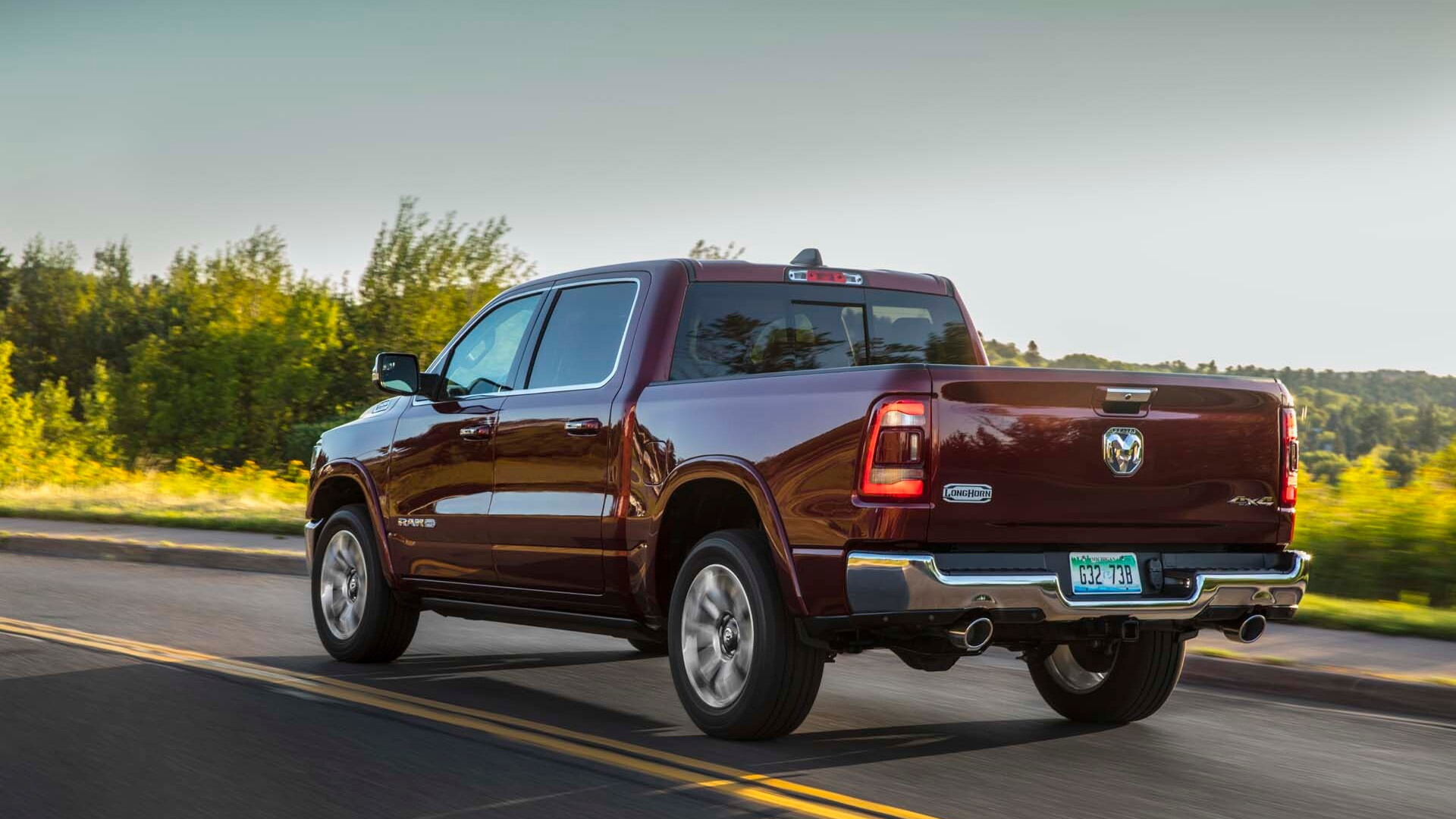 The 2020 Ram 1500 EcoDiesel stretches a gallon out over an EPA-official 32 miles on the highway, FCA announced Monday, slotting in just beneath the Chevrolet Silverado 1500 and just above the Ford F-150 and GMC Sierra 1500 in the mainstream large pickup segment.

While the Chevrolet may still rule the roost with a 33 mpg highway rating, the updated engine in the 2020 Ram 1500 EcoDiesel puts up respectable second-place numbers (and commendable real-world towing performance).

At 260 horsepower and 480 pound-feet of torque, the 3.0-liter Ram engine offers fewer ponies but more grunt than GM's diesel of the same displacement (277 horsepower and 460 pound-feet). Ram also claims the highest diesel towing capacity of the group at 12,560 pounds.

If four-wheel drive is a must-have, that drops the Ram's highway rating to just 29 mpg. In both models, its city ratings remain above 20 mpg (22 for the 4x2 and 21 for the 4x4). Ram pairs the diesel with a 30-gallon fuel tank for a range of more than 1,000 miles in optimal conditions.

Like its competitors at Ford and GM, the Ram 3.0-liter commands a fairly hefty premium. The EcoDiesel will add $4,995 to the cost of the base truck, or $3,000 over the 5.7-liter V-8. The good news is that it's available from the base-model Tradesman on up, and for the first time can even be had in the Rebel.

Release of the 2020 Ram EcoDiesel was delayed because of additional scrutiny by the EPA, which has been investigating FCA for diesel emissions cheating. FCA settled a civil suit over the scandal in January, and an ongoing criminal investigation has already yielded one indictment.

The scandal has had wider impacts on the full-size pickup segment. GM, which was not implicated in any cheating, was forced to delay the release of its two Duramax diesel 1500s by a model year because of the EPA's heightened sensitivity to diesel performance.