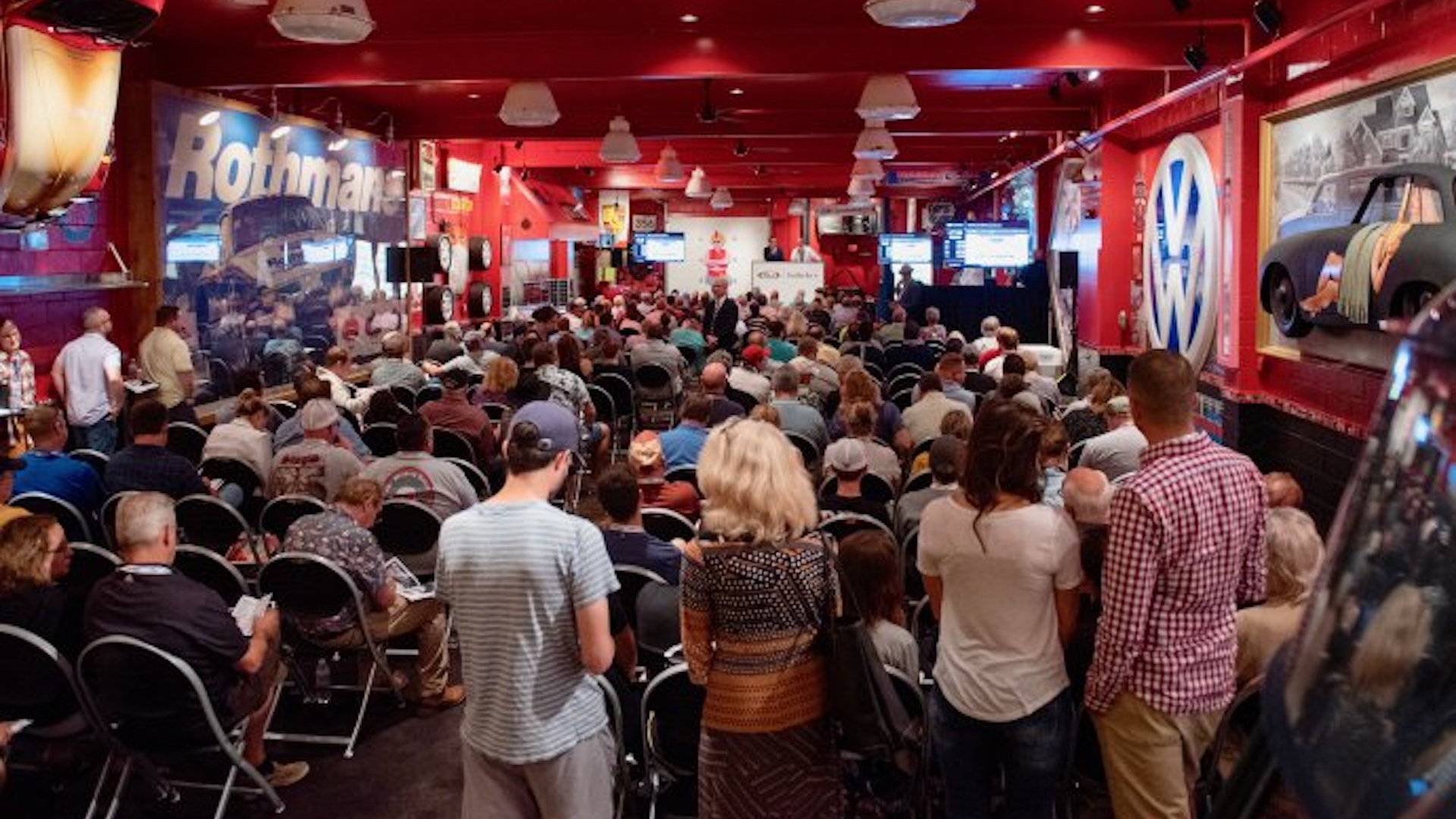 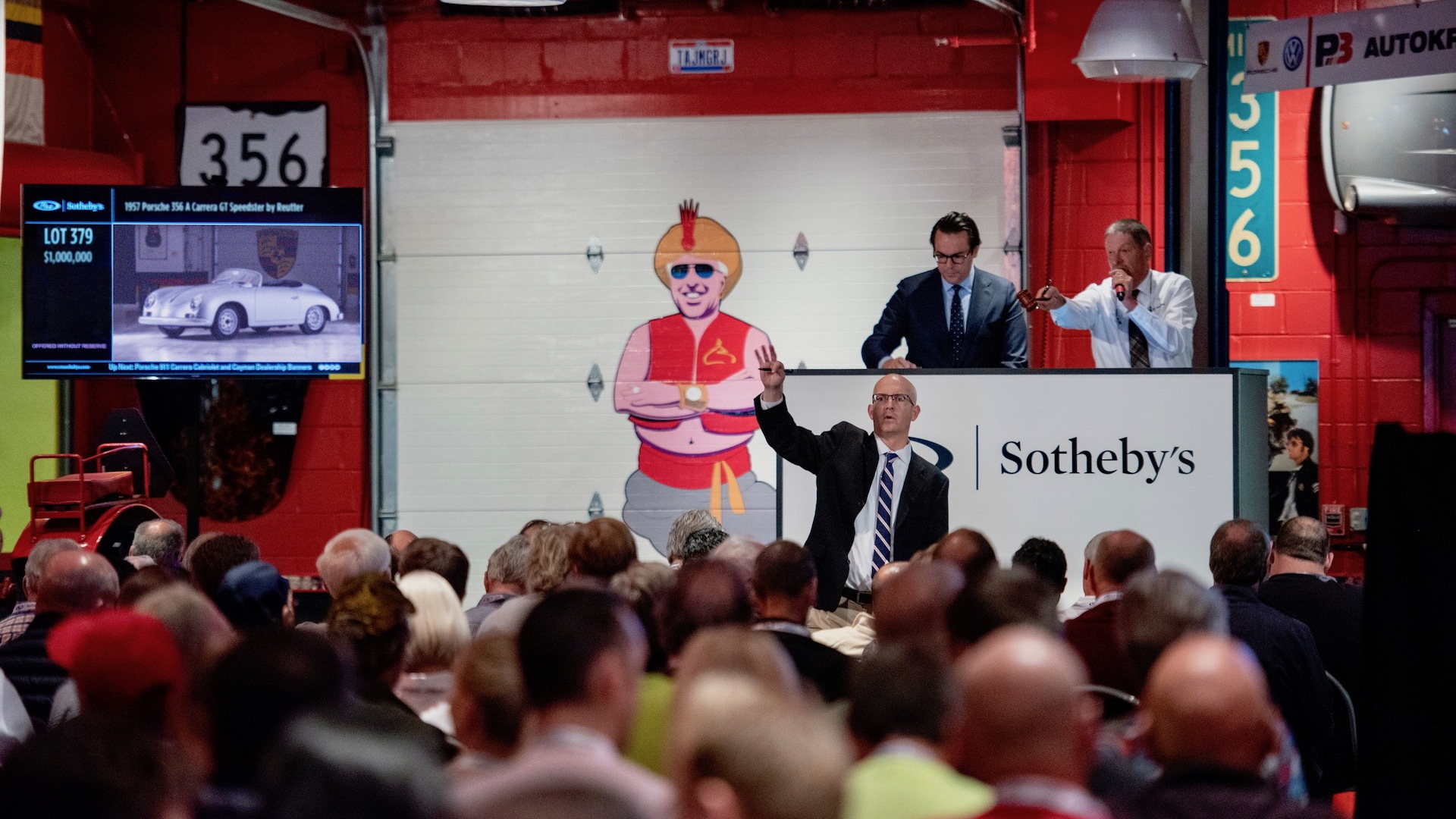 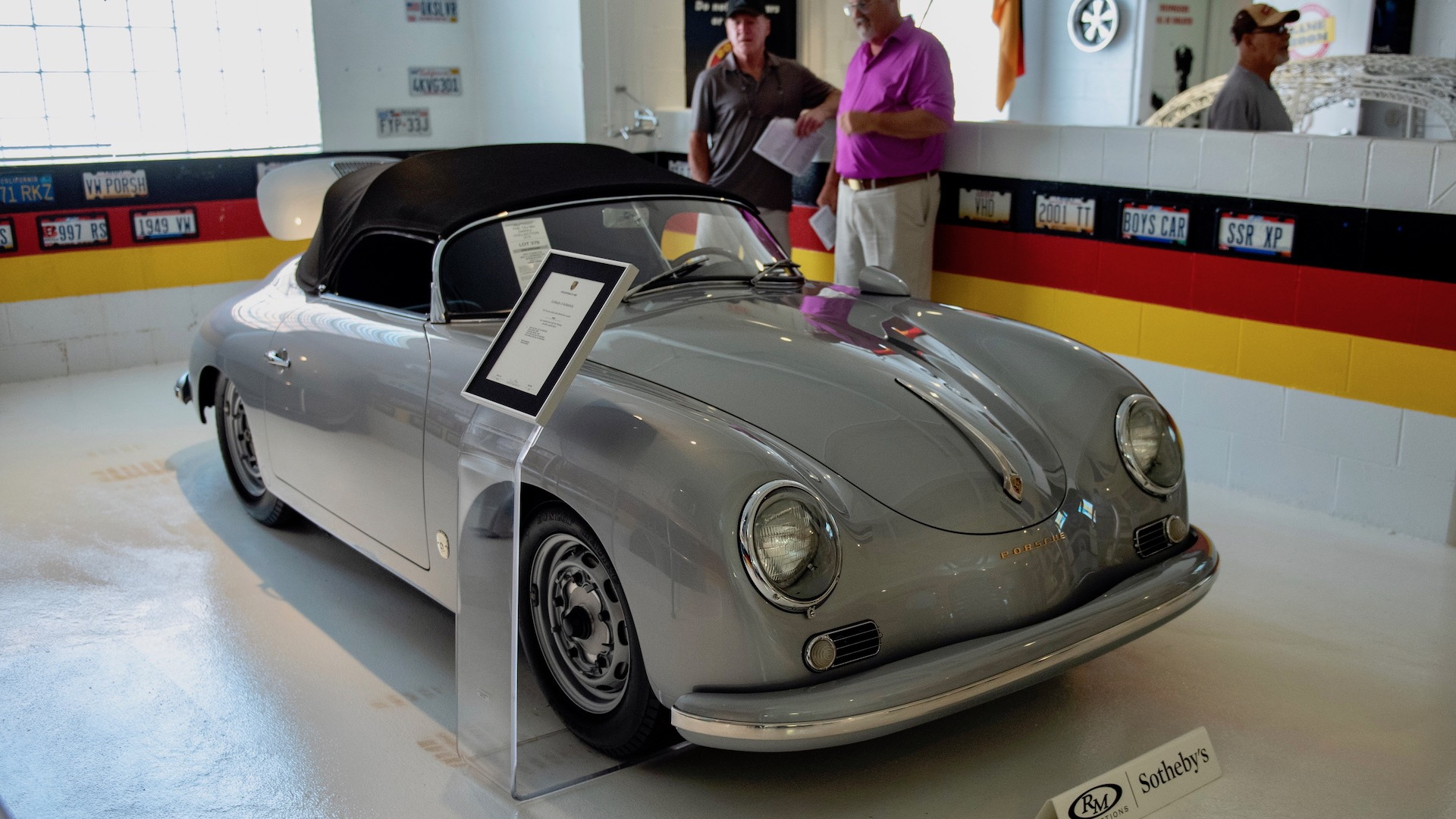 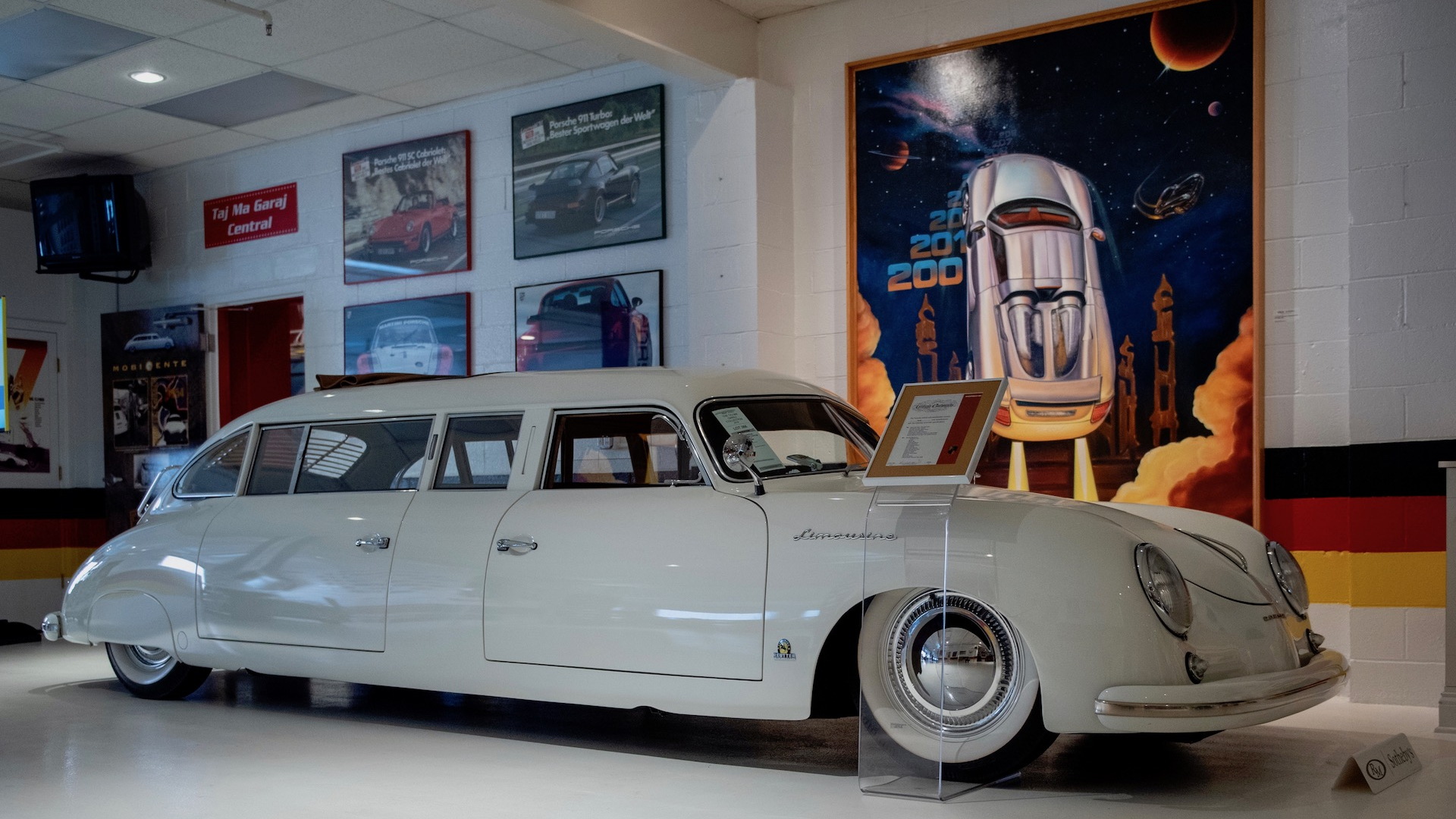 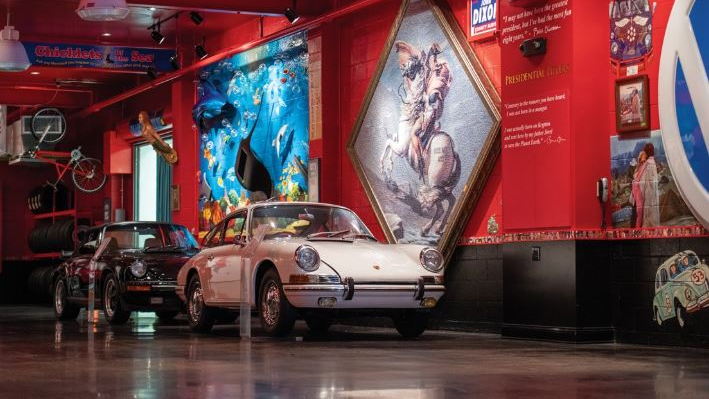 Topped by a rare 4-cam 1957 Porsche 356 A Carrera GT Speedster by Reutter that sold for $1.38 million, RM Sotheby’s reports the Taj Ma Garaj Collection sale of the late John Dixon’s “Porsche Paradise” produced $5.7 million. The sale, conducted at the collection venue in Dayton, Ohio, included 32 cars and 356 lots of auto- and memorabilia.

“This auction was an emotional process for our family as we celebrated our father’s love for Porsche and the place in our hearts that the Taj Ma Garaj holds,” Hillary Dixon West, Dixon’s daughter, told RM Sotheby’s, which, she said, “celebrated John’s humor and creativity as well as his attention to detail and passion for collecting only the very best of the best.

“From day one, they came in and took care of everything from start to finish, which speaks to the experience and skill of the RM team. Throughout the entire auction, the smiling caricature of John as the Taj Ma Garaj genie was behind the podium, and we’re sure it took place exactly as he would have wanted, smiling and enjoying every bit of it!”

4-cam 1957 Porsche 356 A Carrera GT Speedster by Reutter sold for $1.38 millionDonnie Gould, RM Sotheby’s senior car specialist, added, “The entire audience had the pleasure of enjoying John Dixon’s humor and fun spirit, with his caricature pictured prominently on the wall behind the auction podium.

“Every corner of the Taj Ma Garaj space was a fun, witty, and off-the-wall idea that represented his personality, and clients were treated to an exciting auction as well as the amazing collection setting that he envisioned and realized. It was an honor to work with the Dixon family on this special sale, and we’re delighted to see outstanding prices achieved across multiple categories of the Porsche market.”

RM Sotheby’s said it received bids during the sale from 20 countries and that nearly 60 percent of those bidding were first-time clients.

RM Sotheby’s next auction is scheduled for October 10-11 at Hershey, Pennsylvania.