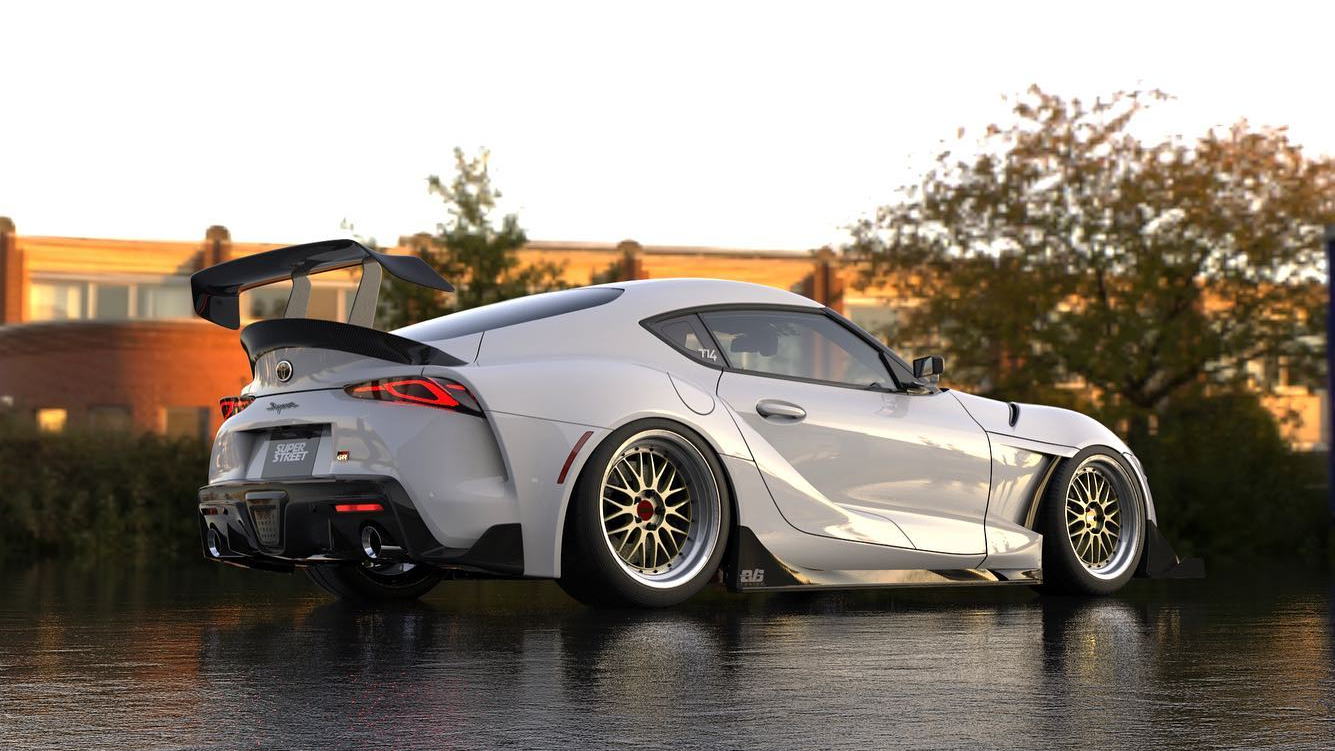 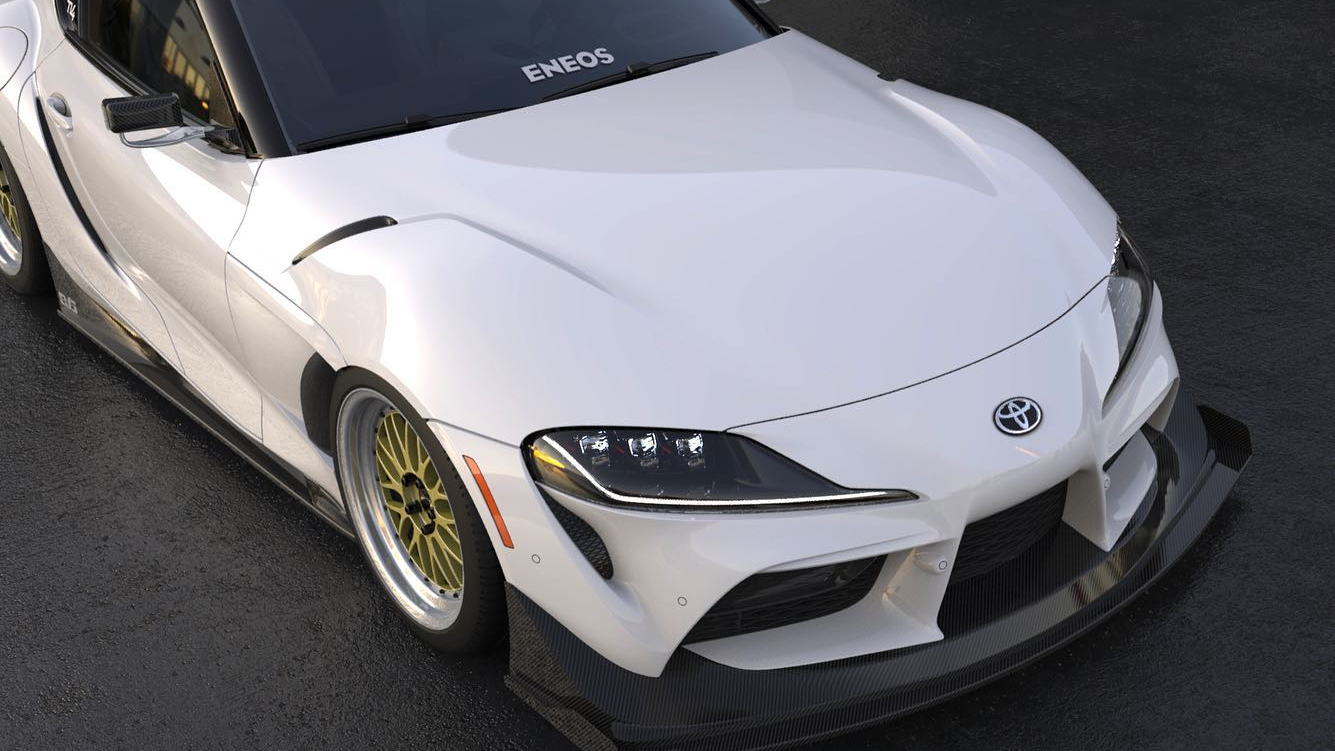 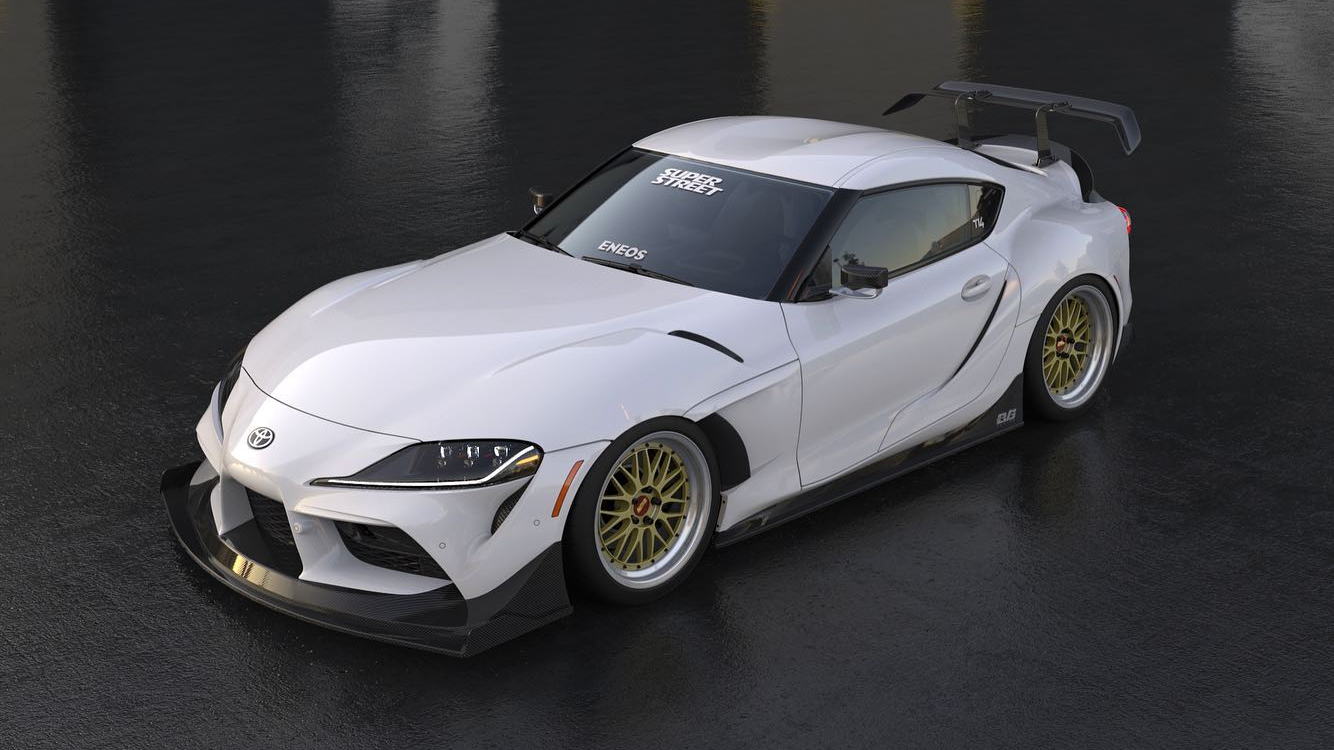 Some of the widebody Supra's exterior touches are a little on the silly side, including a double-decker wing treatment that may seem excessive at first. However, EVS Tuning, which supplied the aero, posted on Instagram Wednesday saying that the Supra was being tested at Buttonwillow raceway in California, leading us to believe that there's some function behind the borderline-ridiculous form.

Like most high-profile SEMA builds, this Supra is getting more than just a body kit and some high-gloss baubles. While Du had already upgraded his Supra with an aftermarket coil-over suspension, a track setup was swapped in for the action at Buttonwillow. We expect this suspension will be on display when the Supra is shown at the aftermarket specialty show in November.

Du also showed off the car's carbon-Kevlar Recaro race seats as they were waiting to be installed. Du said the replacements weigh just 15.4 pounds apiece, compared to "50 big ones" for the Supra's OEM front buckets.

The Supra also has a full turbo-back exhaust replacement courtesy of Magnaflow, which likely helps it breath better and add a few horses. The exhaust problems cuts a few pounds as well.

Development of Du's car is ongoing, and we expect there will be more news on the tuning front when the car hits the SEMA floor on Nov. 5.