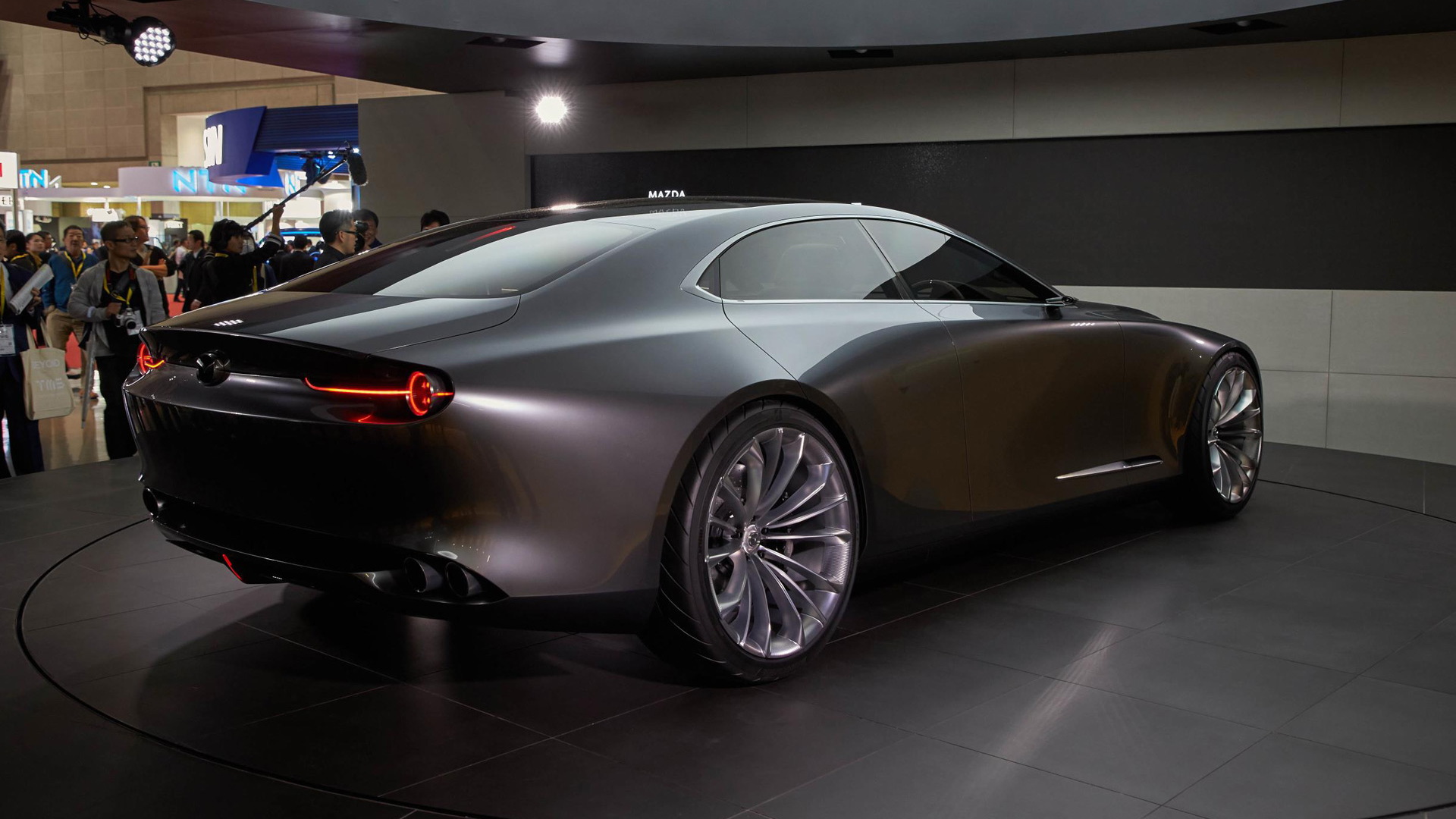 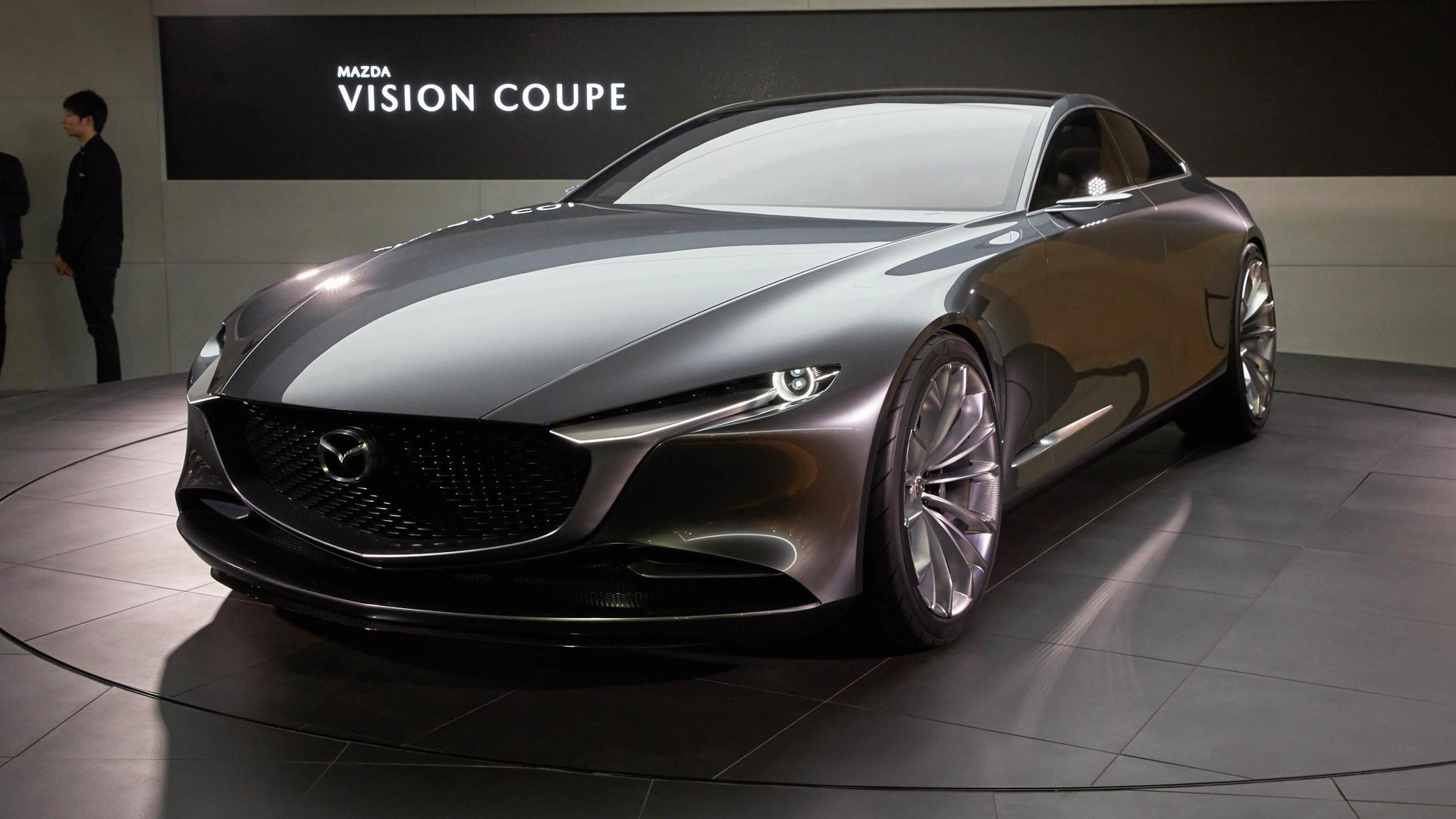 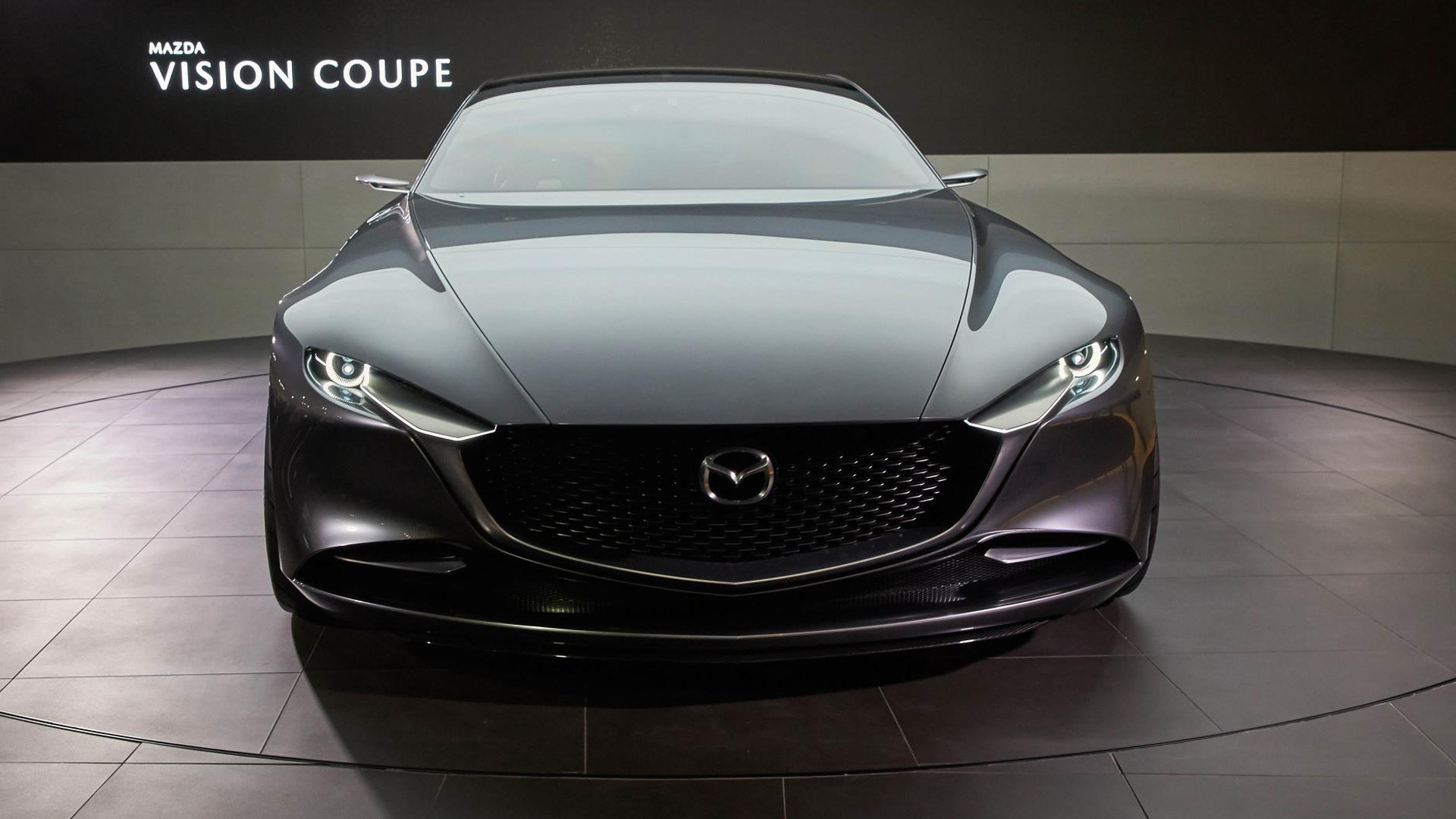 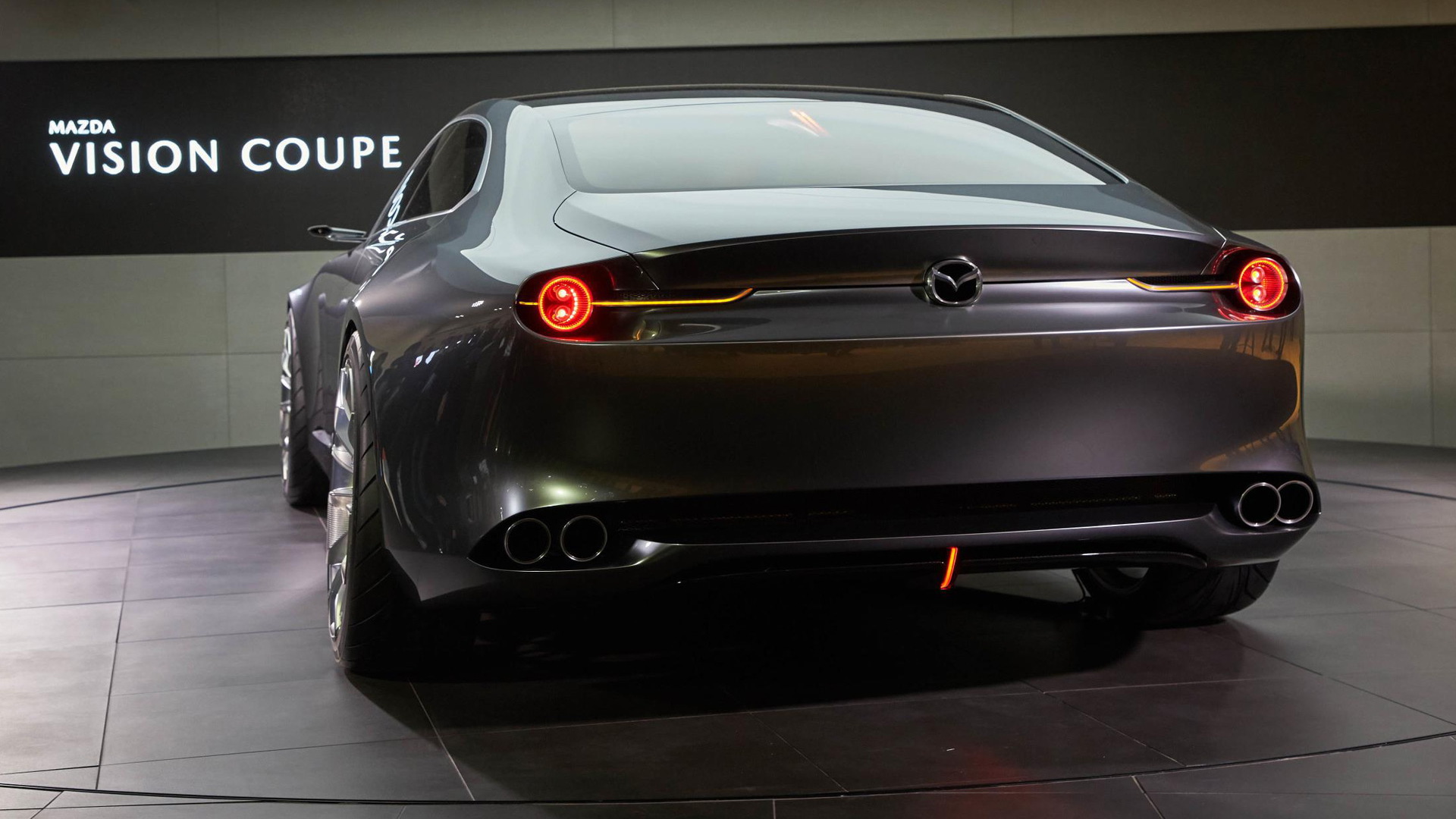 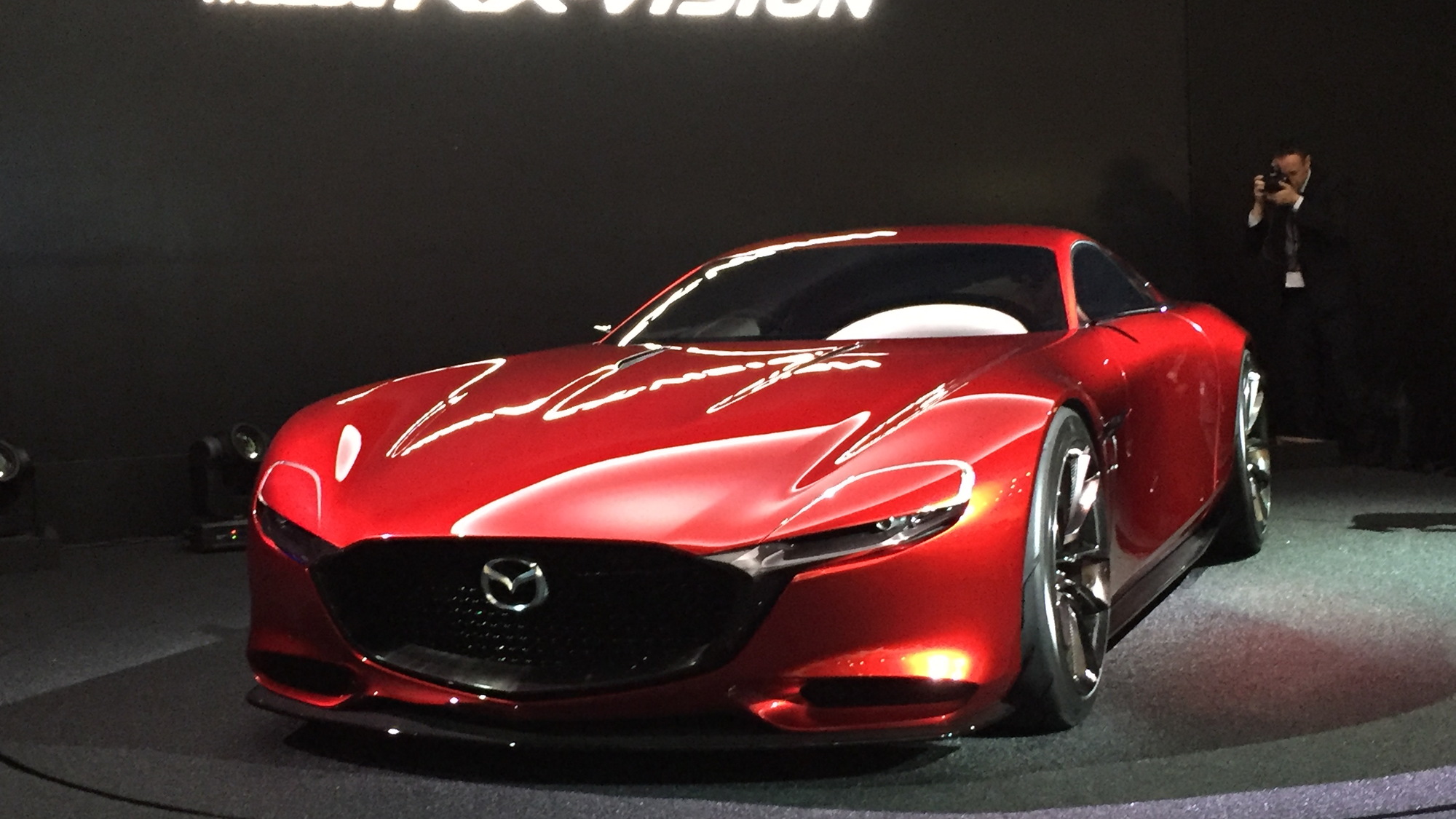 Mazda has been teasing the development of a new rear-wheel-drive performance coupe for several years, and a recent patent filing uncovered in Japan may provide more evidence that a new chassis is actually under development.

The filing, uncovered by Japan's Motor Magazine and brought to our attention by Motor1 on Thursday, is for a "vehicle shock absorbing structure," which is pictured attached to a spaceframe chassis designed to hold an engine behind the front axle. Mazda filed for the patent in Japan.

The depicted chassis has a front subframe cross-member running parallel to the orientation of the front axle. The complex emissions control system used in Mazda's front-wheel drive cars precludes mounting an engine close enough to the firewall to clear this subframe, leading us to buy the conclusion that this patent is for a rear-wheel-drive platform, and one that does not currently underpin a production Mazda. The drawing shows a double wishbone front suspension, and the Motor Magazine story said the structure used carbon-fiber-reinforced plastic and aluminum to reduce weight. 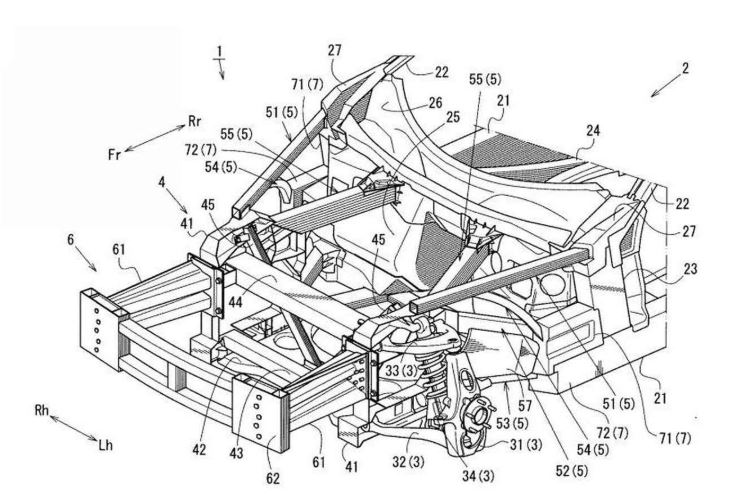 Patent drawings don't always indicate intent, and Mazda could simply be pocketing this particular design for some future use. This rear-wheel drive platform may be meant for a new rotary-powered sports car, perhaps called the RX-9, but not necessarily. Mazda has been working on a new inline-6 based on its 4-cylinder, sparkless ignition technology, and that could be a candidate to power a new performance coupe.

Mazda has been exploring rear-wheel-drive platform development in the absence of its flagship RX coupe line, and its engineers have acknowledged that the company would benefit from having multiple platforms at its disposal. In today's climate of modular architectures and cost-sensitive development, however, it is difficult to justify investing in a specialized chassis for low-volume cars.

After years of shifting toward front-wheel-drive architectures, companies such as Mazda's previous corporate overlord, Ford, have shown that there is room for modular rear-wheel-drive platforms in the mainstream market. Whether Mazda has the budget or the product scope to embrace such a shift remains to be seen.