An impressive drive saw Ferrari's Charles Leclerc claim victory on Sunday at the 2019 Formula One Italian Grand Prix, a race in which he spent the entire time fending off the advances of Mercedes-AMG drivers Valtteri Bottas and Lewis Hamilton.

It was the first win for Ferrari at its home event since 2010, and it was the second for Leclerc who only secured his first F1 victory a week ago at the Belgian Grand Prix. Bottas was next to cross the finish line, less than a second behind Leclerc. Hamilton was third, some 35 seconds behind.

Leclerc got off from pole well, leading Hamilton and then Bottas into the first chicane. First Hamilton and then Bottas managed to close in on the lead driver, but a combination of skill and the speed delivered by a new power unit introduced at the Italian round, along with the aero package specifically tailored for this track, meant Leclerc's rivals never really got a chance to overtake.

A rare mistake from Hamilton on lap 42 allowed Bottas to move into second. Hamilton locked his brakes at Turn 1 and ran through the bollards, a move from which he wasn't able to recover. 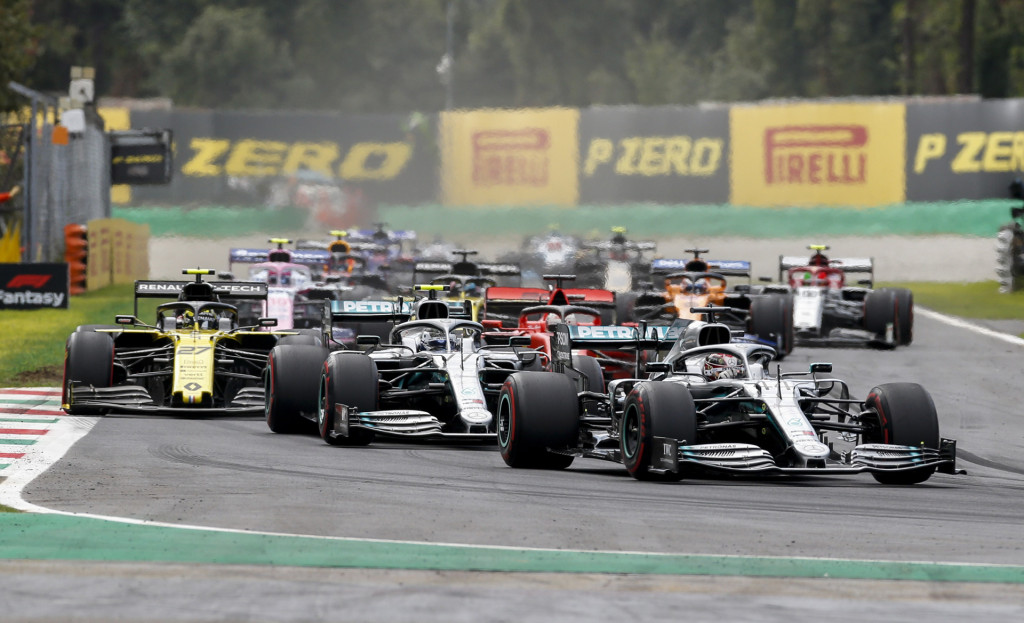 Behind them early on was fellow Ferrari driver Sebastian Vettel who was briefly passed by Renault's Nico Hulkenberg and then suffered a spin on the sixth lap. As Vettel returned to the track, he came into contact with Racing Point's Lance Stroll.

Vettel was handed a 10-second stop and go penalty and dropped to the back of the field as a result. He managed just 13th position by the end of the race. Stroll also suffered a spin from the contact with Vettel, and he too nearly hit Toro Rosso's Pierre Gasly when rejoining the track, which saw him receive the same penalty as Vettel.

Renault also enjoyed its best result of the season on Sunday with Daniel Ricciardo finishing fourth and Hulkenberg fifth.

Hamilton still leads the Drivers' Championship with 284 points. Bottas is second with 221 points and Aston Martin Red Bull Racing's Max Verstappen is third with 185 points. In the Constructors' Championship, Mercedes leads with 505 points versus the 351 of Ferrari and 266 of Red Bull. The next race on the calendar is the Singapore Grand Prix in a fortnight. 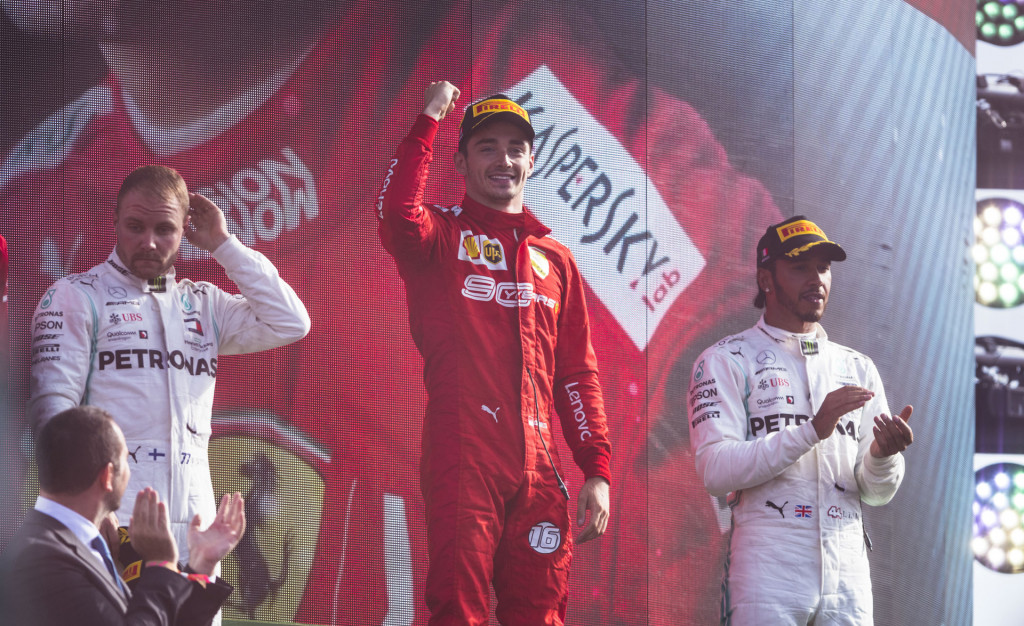 Below are the full results from the 2019 Formula One Italian Grand Prix: