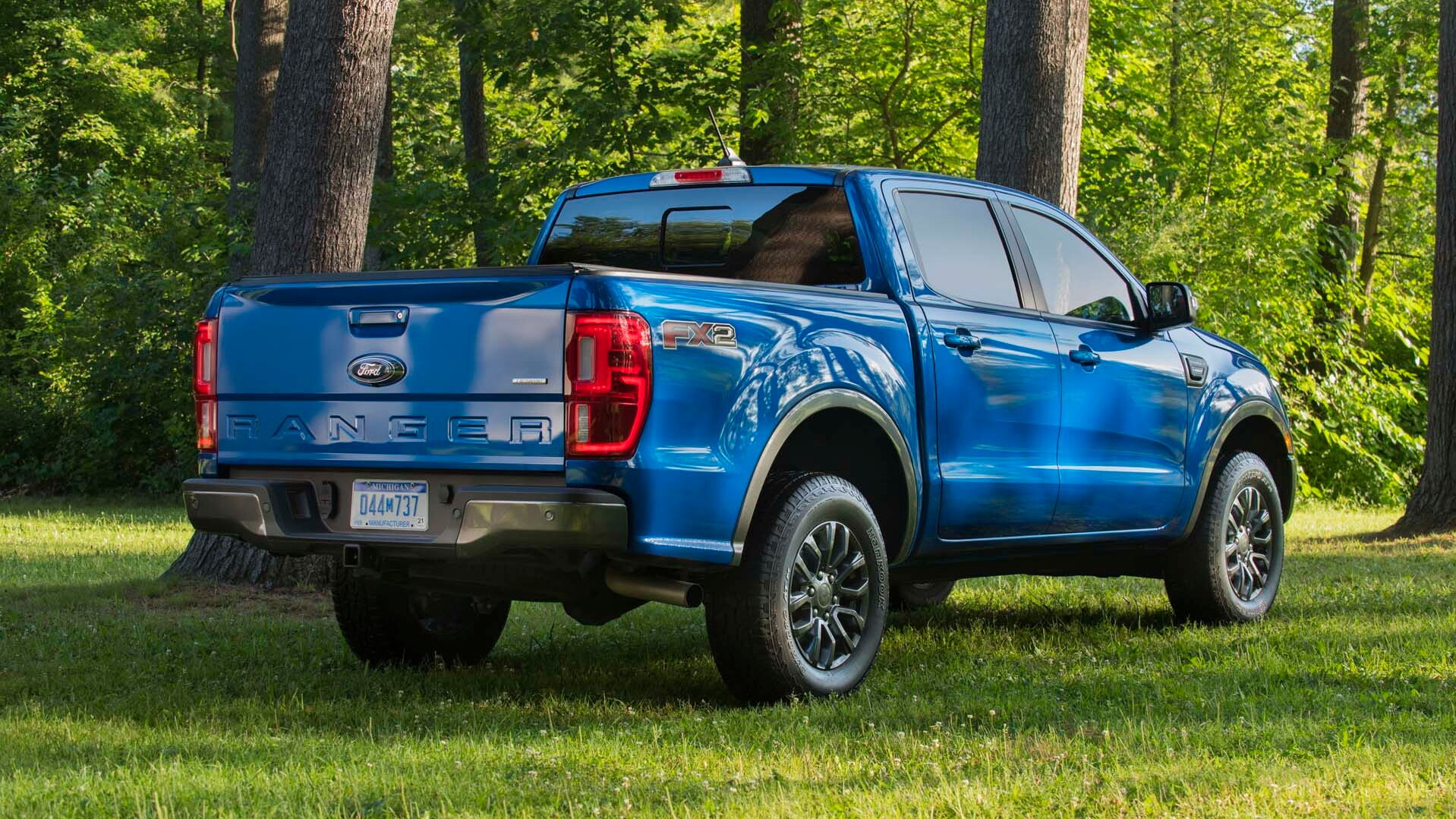 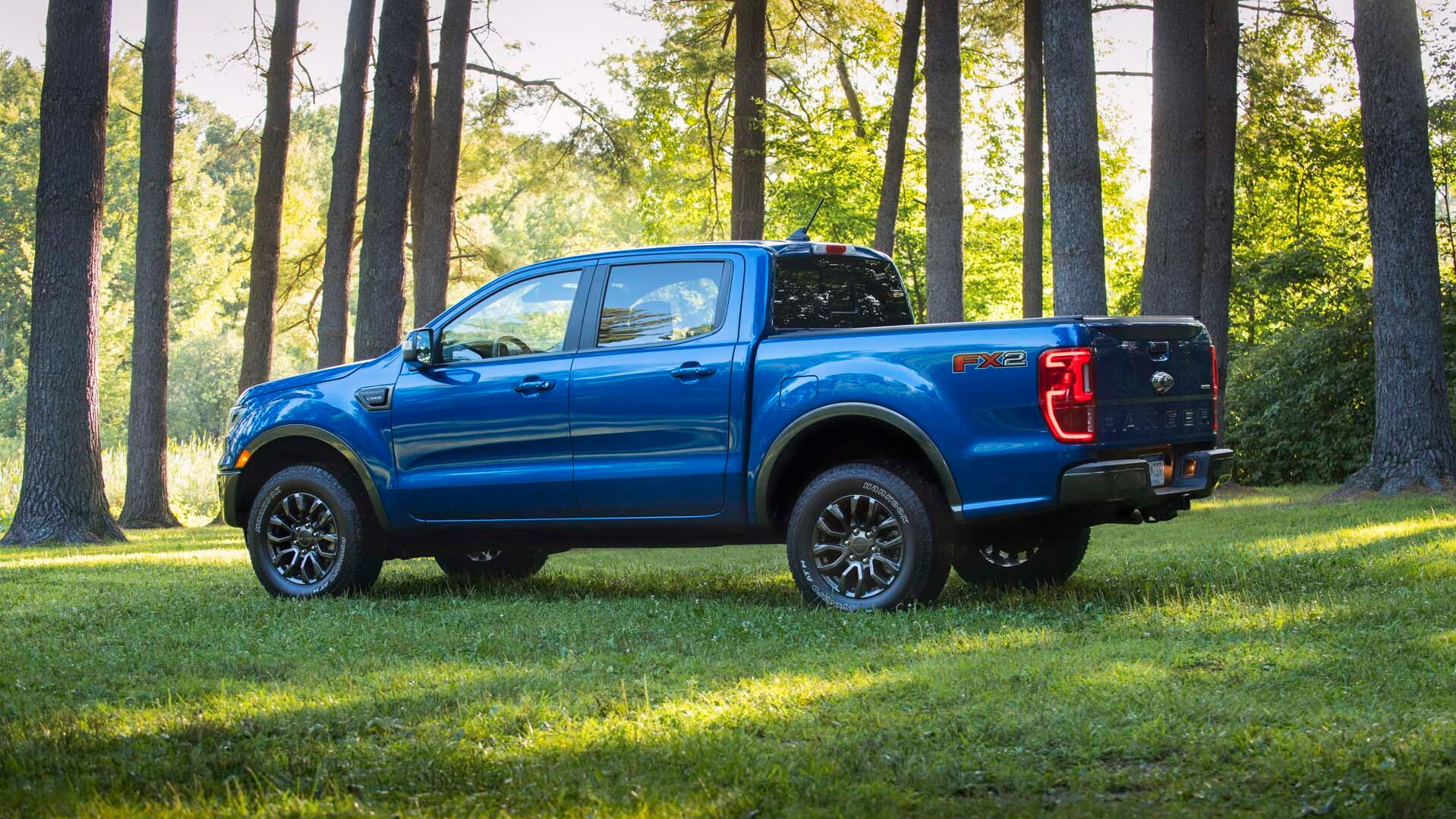 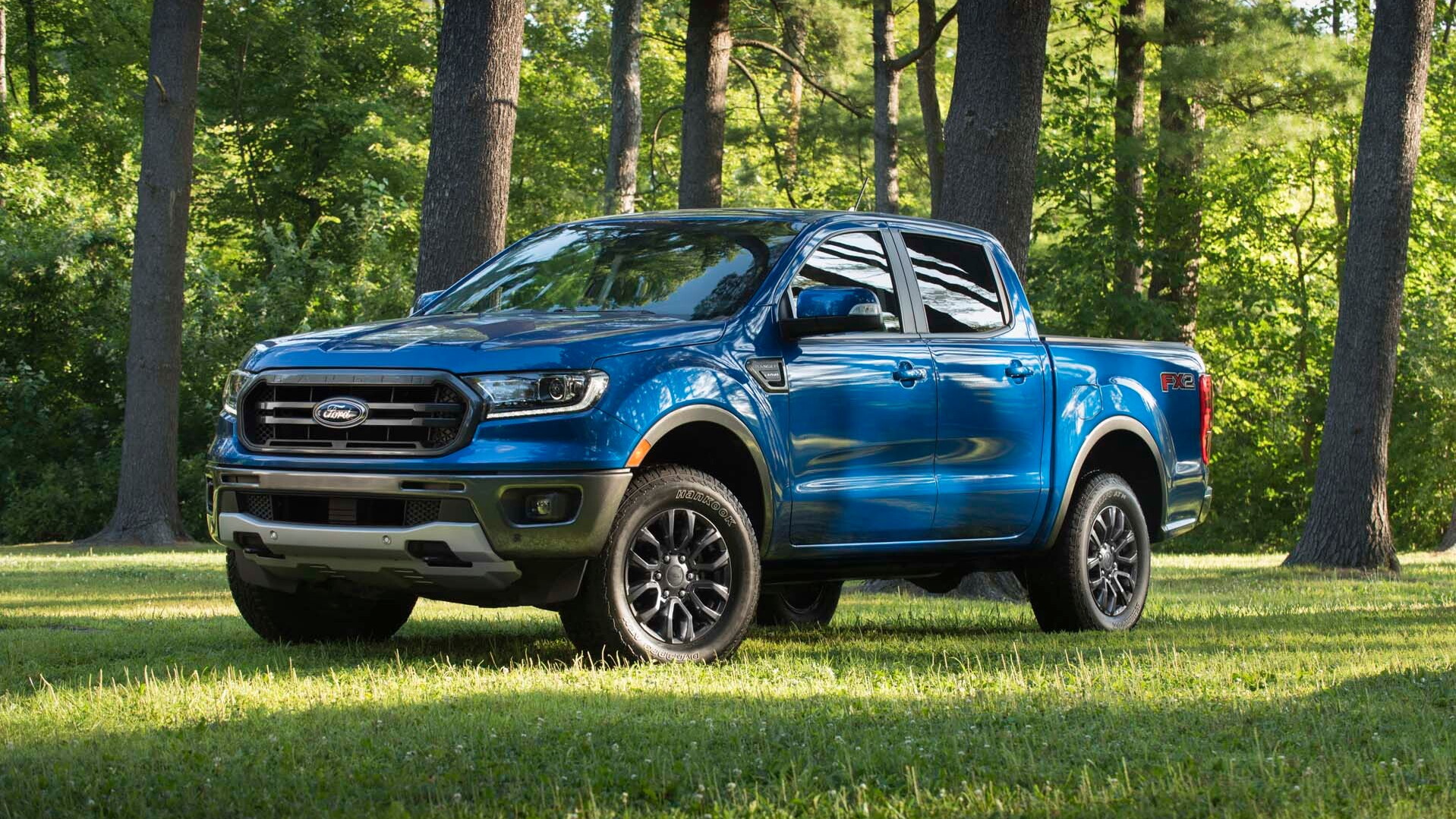 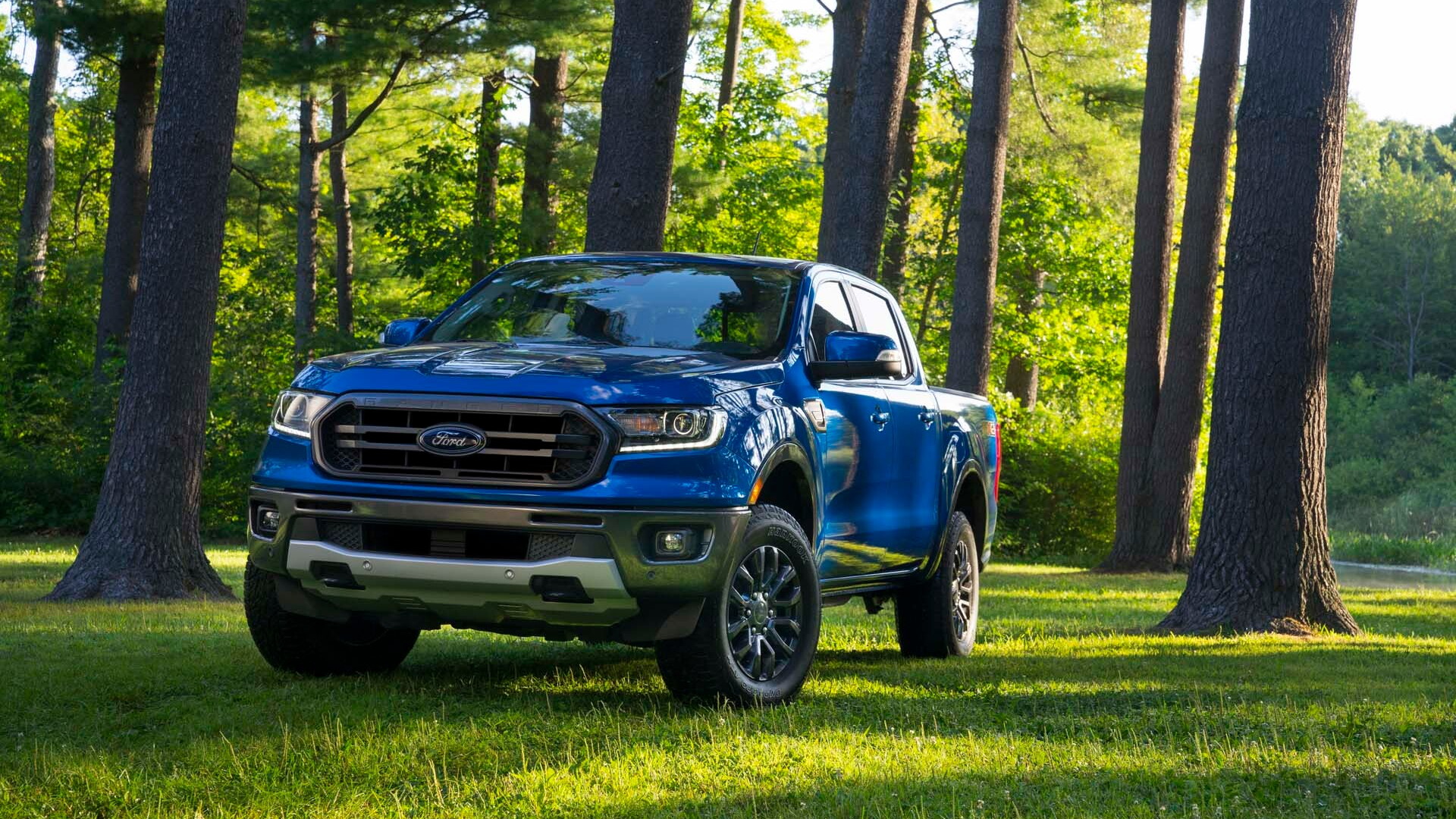 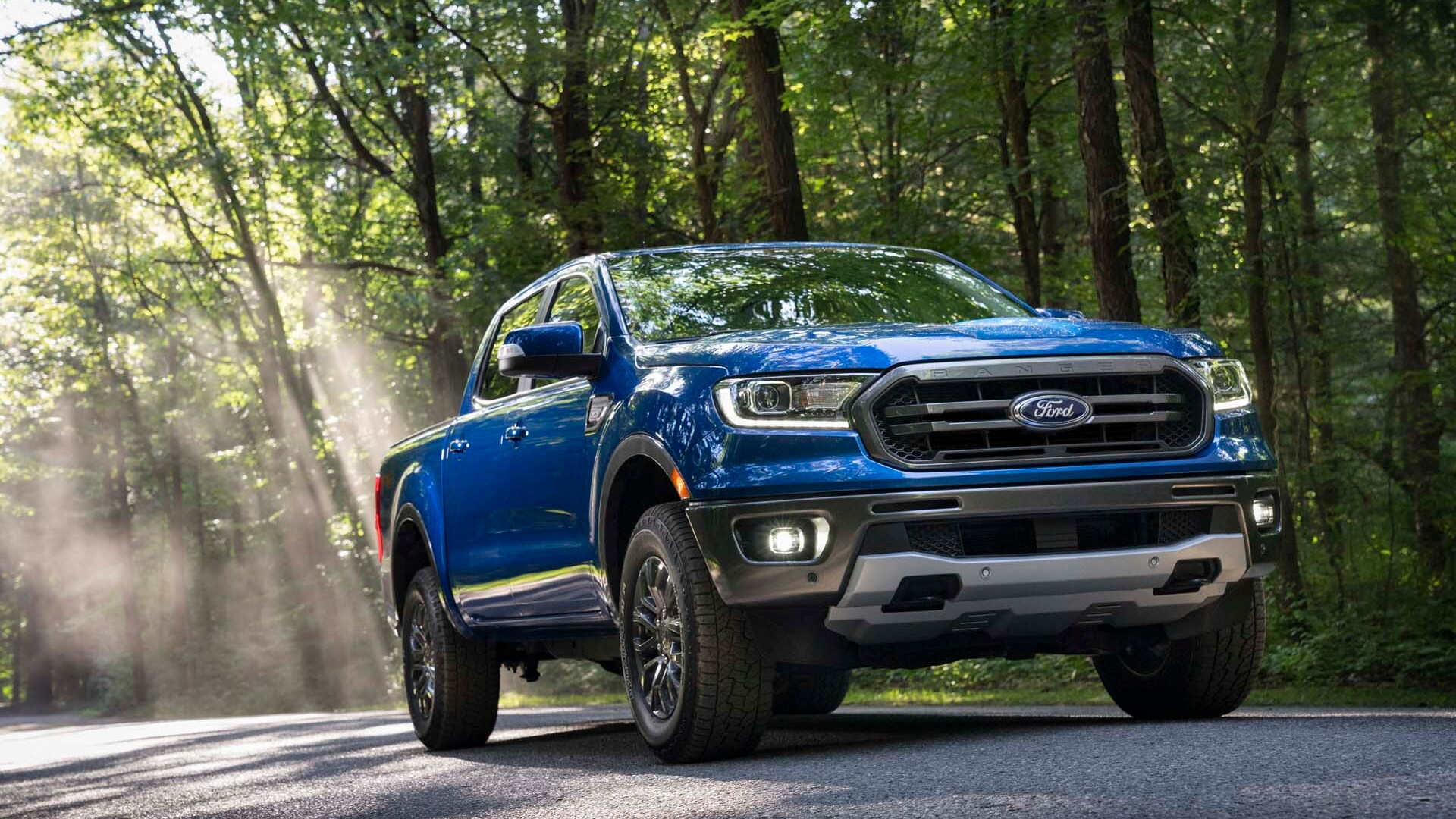 Ford is releasing a new two-wheel-drive version of its off-road trim for the midsize Ranger. Dubbed FX2 (as opposed to the 4x4 FX4), it's the perfect package for those who want to live out their prerunner fantasies without the hassle and expense of building one.

The new Ranger FX2 package isn't just a lift and some knobby tires. While both are integral to the Baja truck formula, Ford took this a couple of steps further by including a dedicated suspension tune, underbody protection, and an electronic-locking differential.

Buyers can opt for either 17- or 18-inch wheels wrapped in Hankook Dynapro AT-M all-terrain tires. A front air dam delete subtracts from the smoothed out frontal area, but its absence contributes to the FX2's rugged looks and improved approach angle. Ford even throws in the FX4's off-road instrument cluster, which displays vehicle pitch, roll, and yaw in real time.

The FX2 package's true stand-out feature is its price. The whole bundle costs just $595, which is less than enthusiasts would often spend on a tire upgrade alone. For those who don't need four-wheel drive but want a sportier truck (or even just the appearance of one), the FX2 is practically a no-brainer.

"We're seeing sales trends that tell us to grow Ranger's capability and appearance options even further," said Chad Callander, Ford Ranger consumer marketing manager, in the company's Wednesday announcement. "The FX2 Package is a result of us listening to our customers and what they're demanding from their trucks."

Ford has real incentive to find new buyers for the Ranger, which has been a relatively slow-selling truck since it debuted in the first quarter of 2019. While sales of the larger Ford F-Series trucks remain strong, Ranger is still struggling to gain traction even in a truck-hungry market.

As of the end of the second financial quarter (the last time Ford reported U.S. sales figures), just over 30,000 examples had made it into customers' hands. In the same time period, Toyota sold more than 121,000 Tacomas and GM moved more than 84,000 of its Colorado and Canyon models. Even Nissan's Frontier, which has remained fundamentally unchanged since its debut in 2004, is outselling the Ranger so far in 2019.

Despite a perceived lack of excitement for Ford's new truck, the company has declined to announce plans to sell a halo Raptor version of the truck, despite rumors to the contrary and vocal support from the enthusiast community.

Ford is accepting orders for the Ranger FX2 now, with deliveries projected to start late in 2019.