Another major milestone on the road to fully self-driving cars was reached Tuesday with the announcement that Daimler and Bosch have received regulatory approval for operation of a fully automated valet in a public parking station.

The approval came from local authorities in the German state of Baden-Württemberg and is for use at the official museum of Daimler-owned Mercedes-Benz, located in Stuttgart. Daimler and Bosch first demonstrated the automated valet in 2017 at the museum's car park, and with the new approval they plan to use the system daily.

You simply drive to a designated drop-off point at the entrance of the car park, hop out and then use a smartphone to send the car to an assigned parking space. The system relies on Bosch-developed sensors located around the car park, which communicate with the self-driving system fitted in Mercedes' latest cars. Later, the car returns to the drop-off point in exactly the same way. 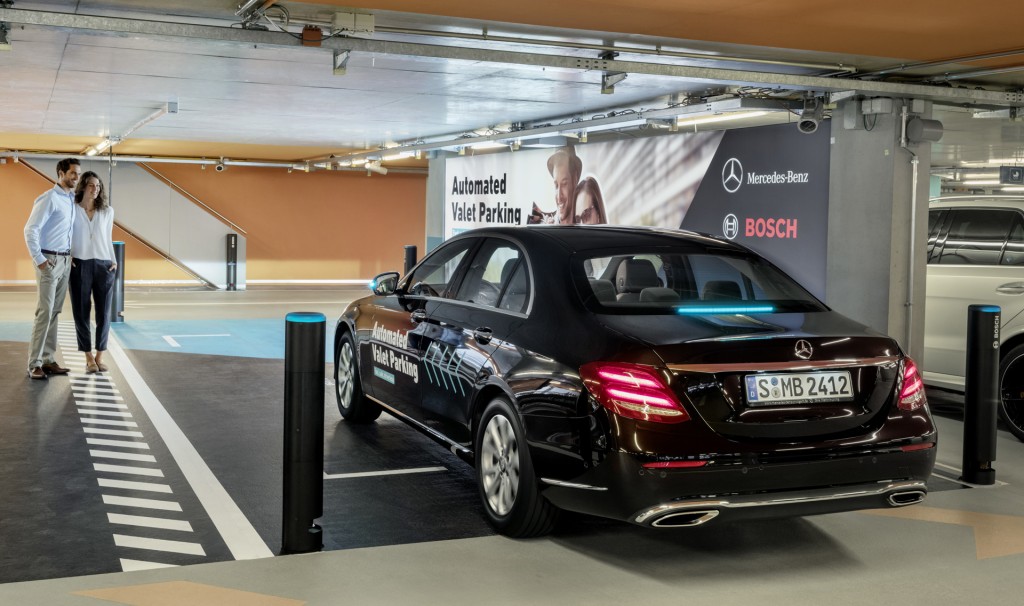 And since no doors need to be opened, cars can be parked much closer to each other. This, according to Daimler and Bosch, can make car parks 20 percent more efficient. And the best part is that the sensors can be retrofitted to existing car parks, including multi-story car parks like the one at the Mercedes museum.

The system is rated at Level 4 on the SAE's scale for self-driving capability, as a human isn't required but the movement is restricted within a geofenced zone. But what about more advanced self-driving capability? Starting later this year, Daimler and Bosch plan to trial Level 4 self-driving cars on public roads, with Silicon Valley's busy San Carlos/Stevens Creek corridor confirmed as the first location.

Don't expect to purchase a Mercedes with genuine self-driving capability anytime soon, though. Mercedes says it will offer a car with Level 4 self-driving capability in highway and parking situations, but not until 2024. The final goal is a Level 5 car that can handle the same conditions as a human driver. Such technology isn't expected to be ready until next decade, at the earliest.