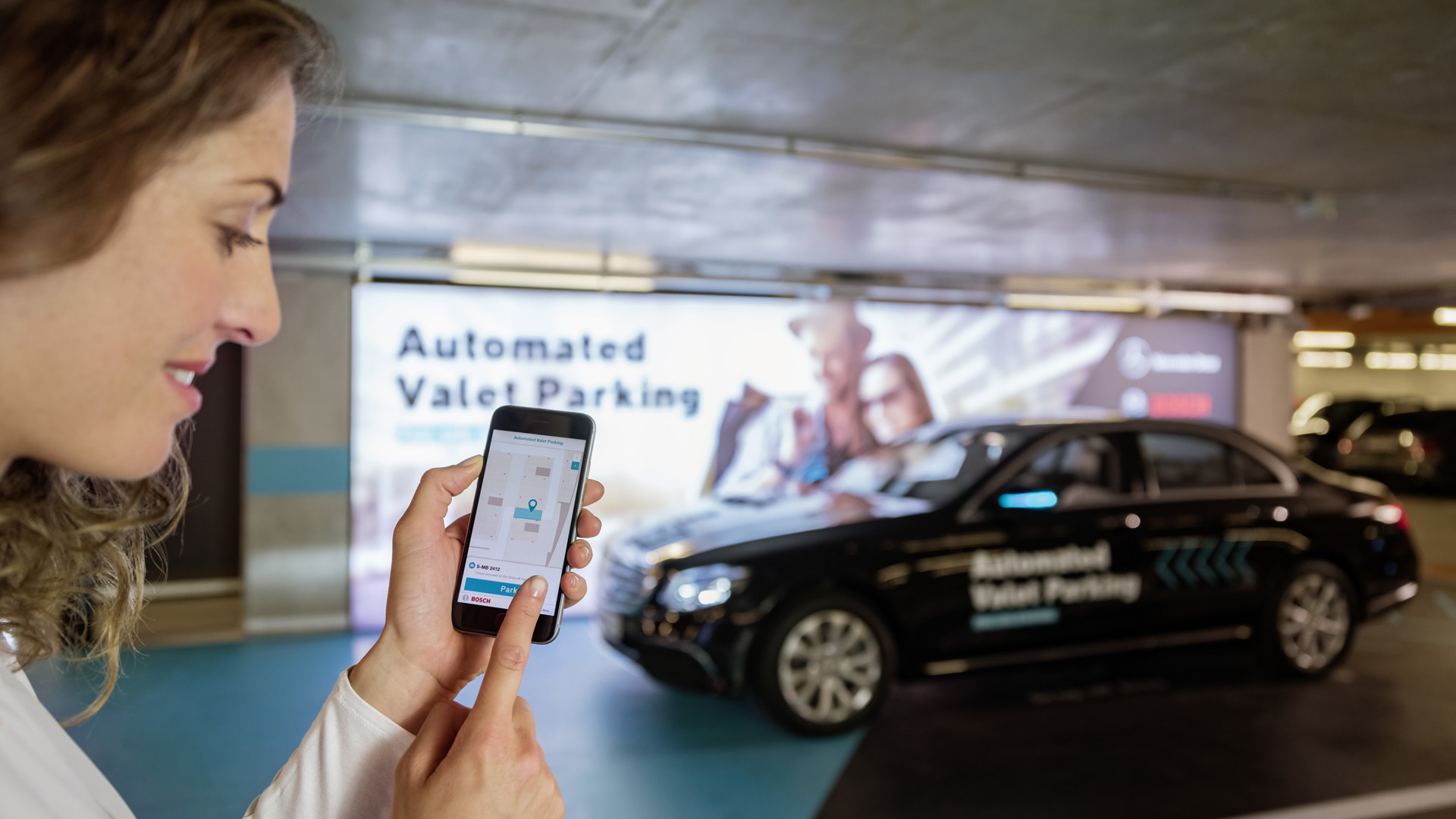 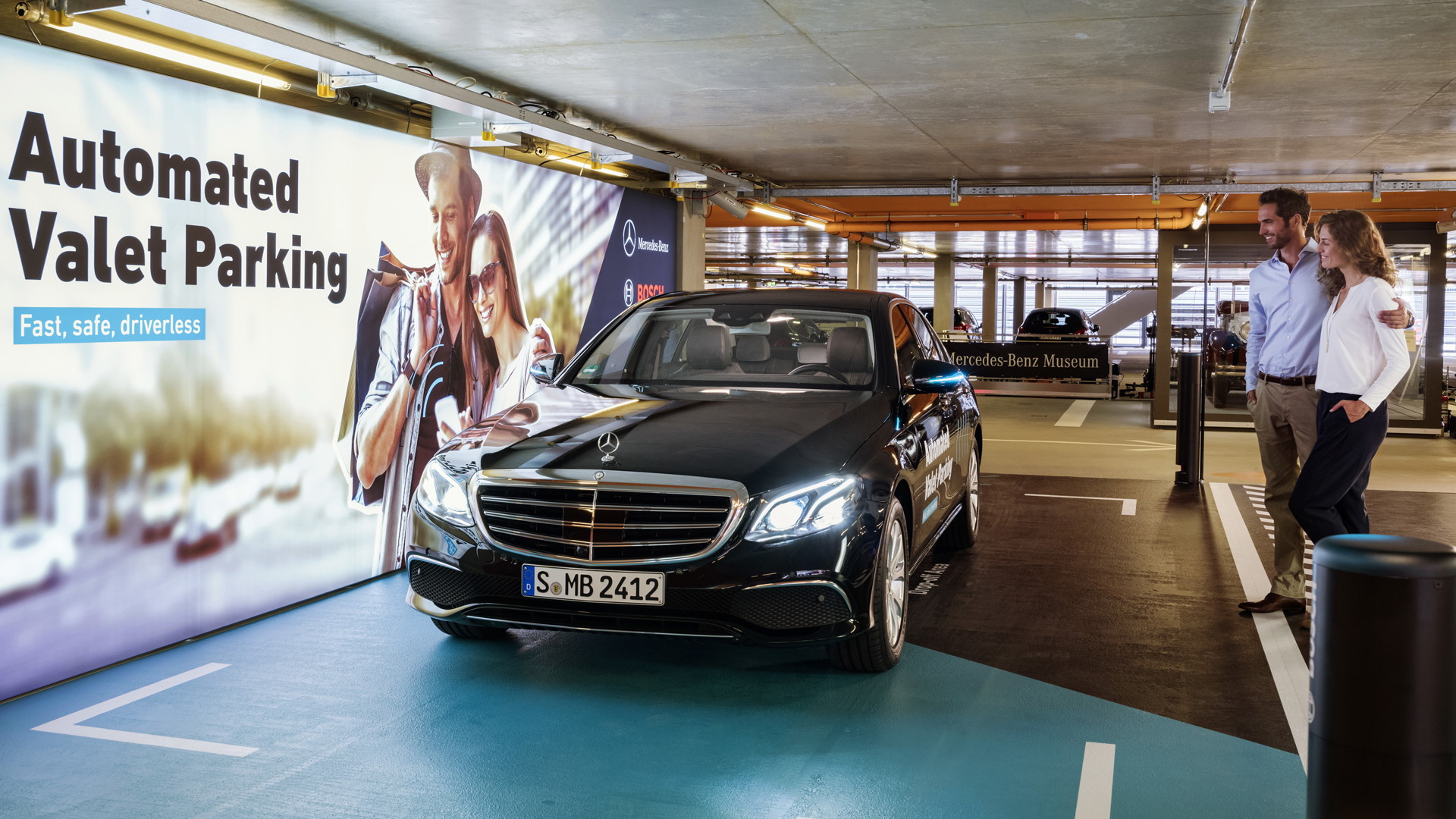 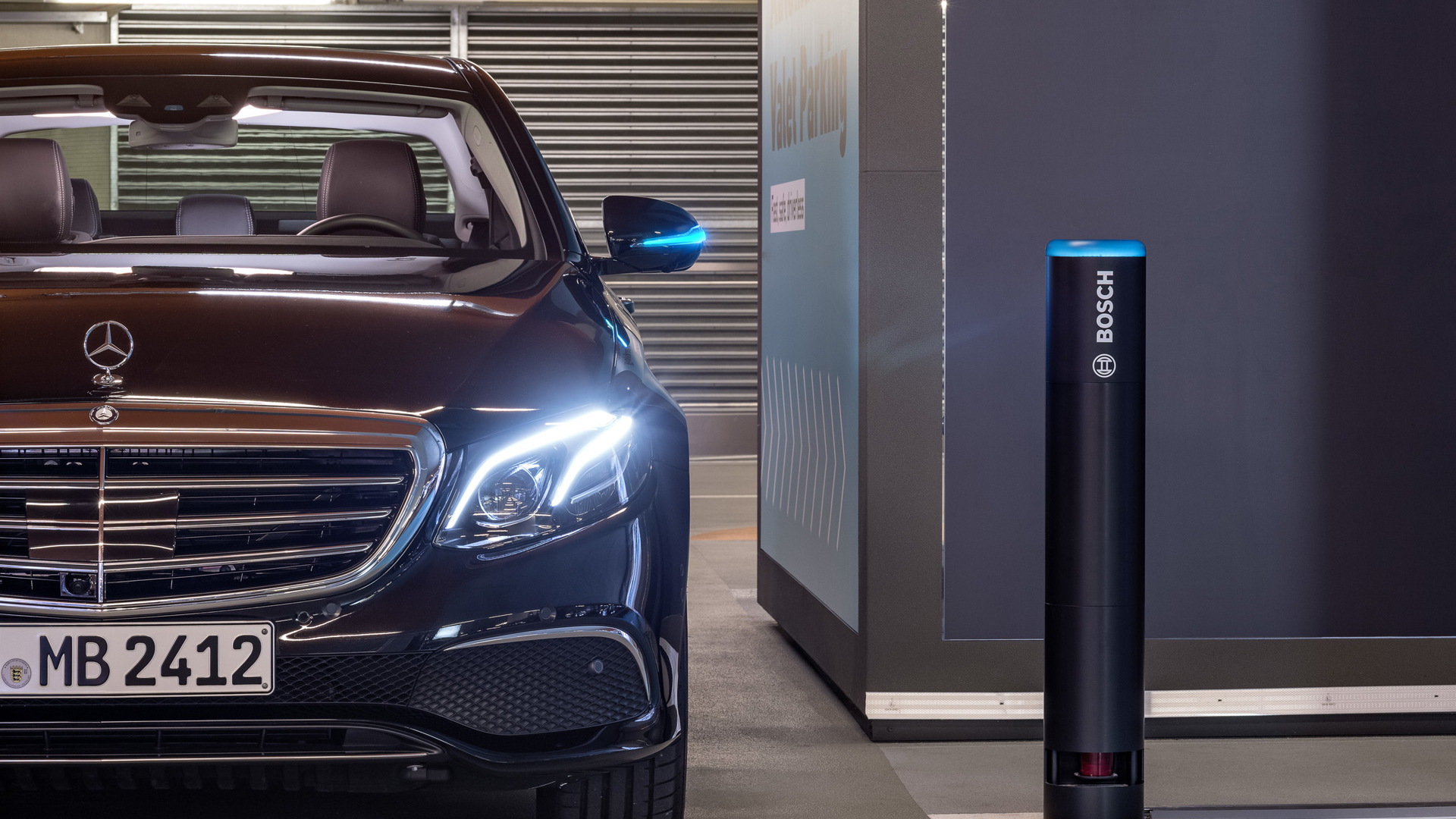 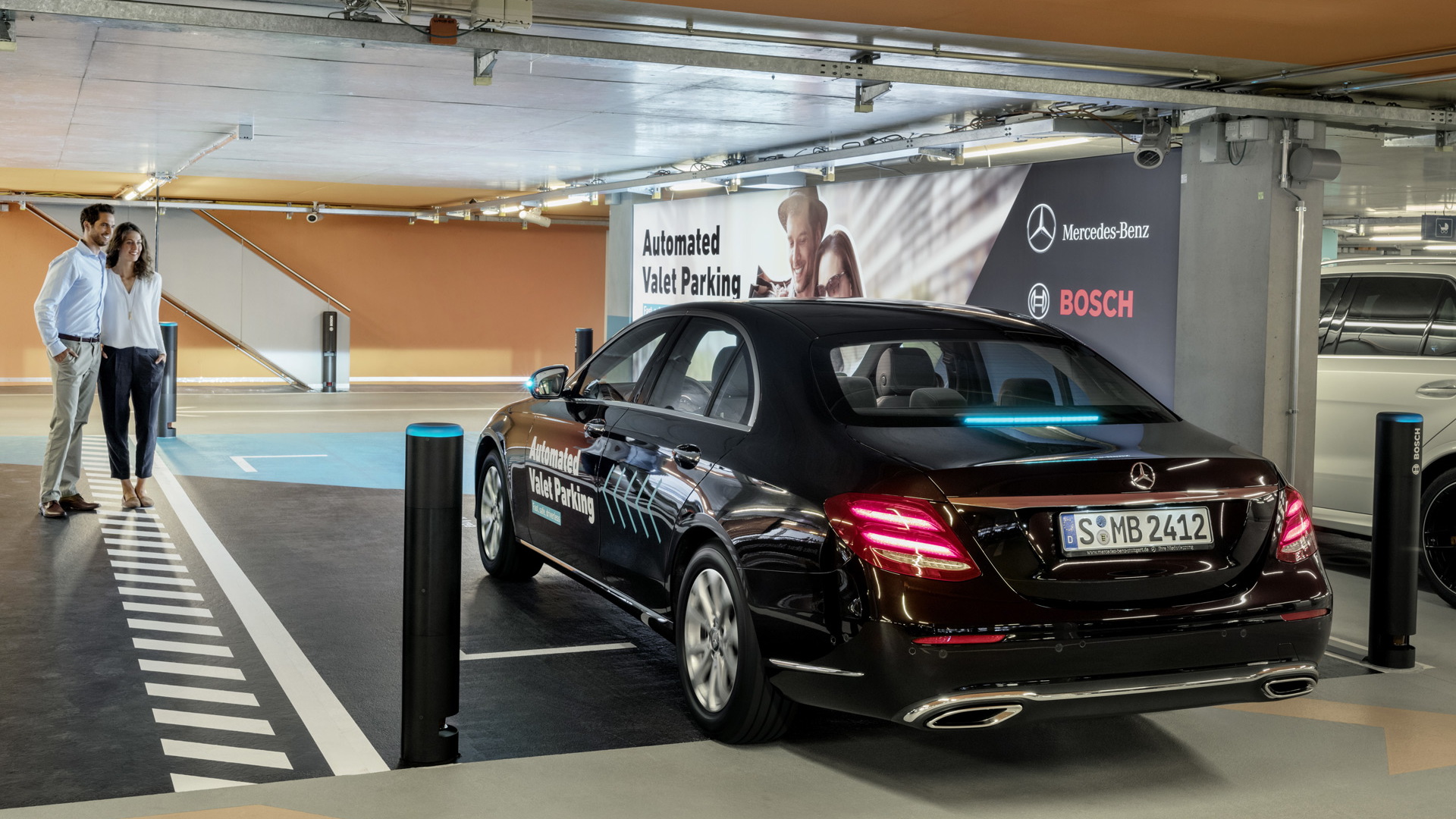 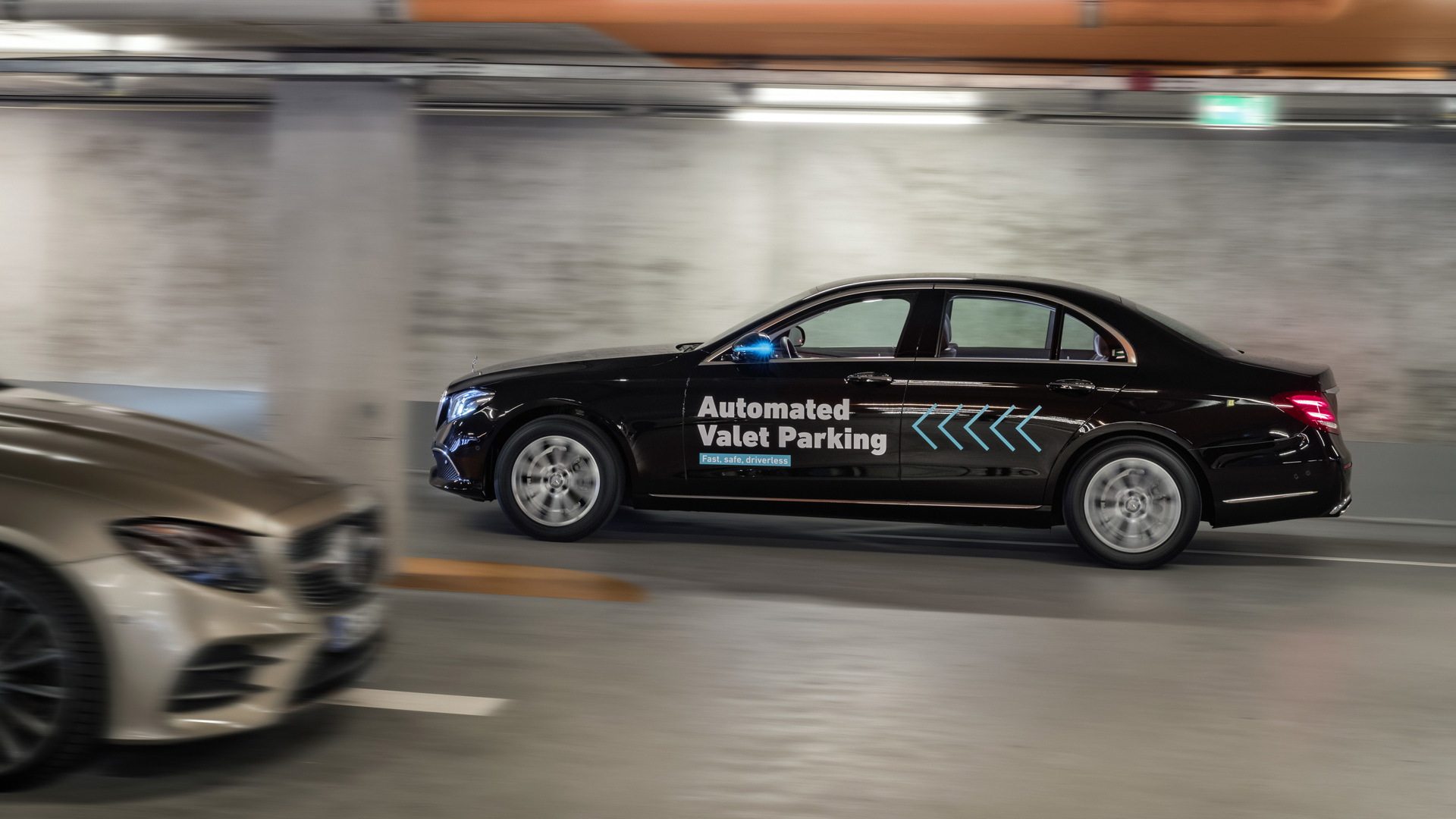 Over the past few years, we’ve seen a handful of demonstrations of automated valet systems.

Mercedes-Benz and Bosch are now taking the next step by implementing just such a system, in this case at the multi-storey car park of the Mercedes-Benz Museum in Stuttgart, Germany.

You simply drive to a designated drop-off spot at the entrance of the car park, hop out of your car and then send it to an assigned parking space using a smartphone.

Of course, your car would need to be fitted with Mercedes’ self-driving system which performs safe driving maneuvers in response to data sent from sensors that have been developed by Bosch and located around the car park.

And since no doors need to be opened, Mercedes and Bosch say cars can be parked much closer to each other. This, they claim, can make car parks 20 percent more efficient. And the best part is that the sensors can be retrofitted to existing car parks.

Mercedes and Bosch say the automated valet system is still in a trial phase, so don’t expect to see one in your neck of the woods anytime soon. The two firms will continue to test the system and allow public trials from early 2018.

For the public trials, users will need to reserve one of the test cars using a smartphone app. The vehicle rolls into a designated pick-up area after which it can be used for a journey. To return the car, the user parks it a designated drop-off area and hands it back using the smartphone app. At this point the automated valet system detects the car, starts it and sends it to an assigned parking space.

While there’s no word on when we might see such a system in production, the successful implementation shown here marks an important milestone on the way to fully self-driving cars.