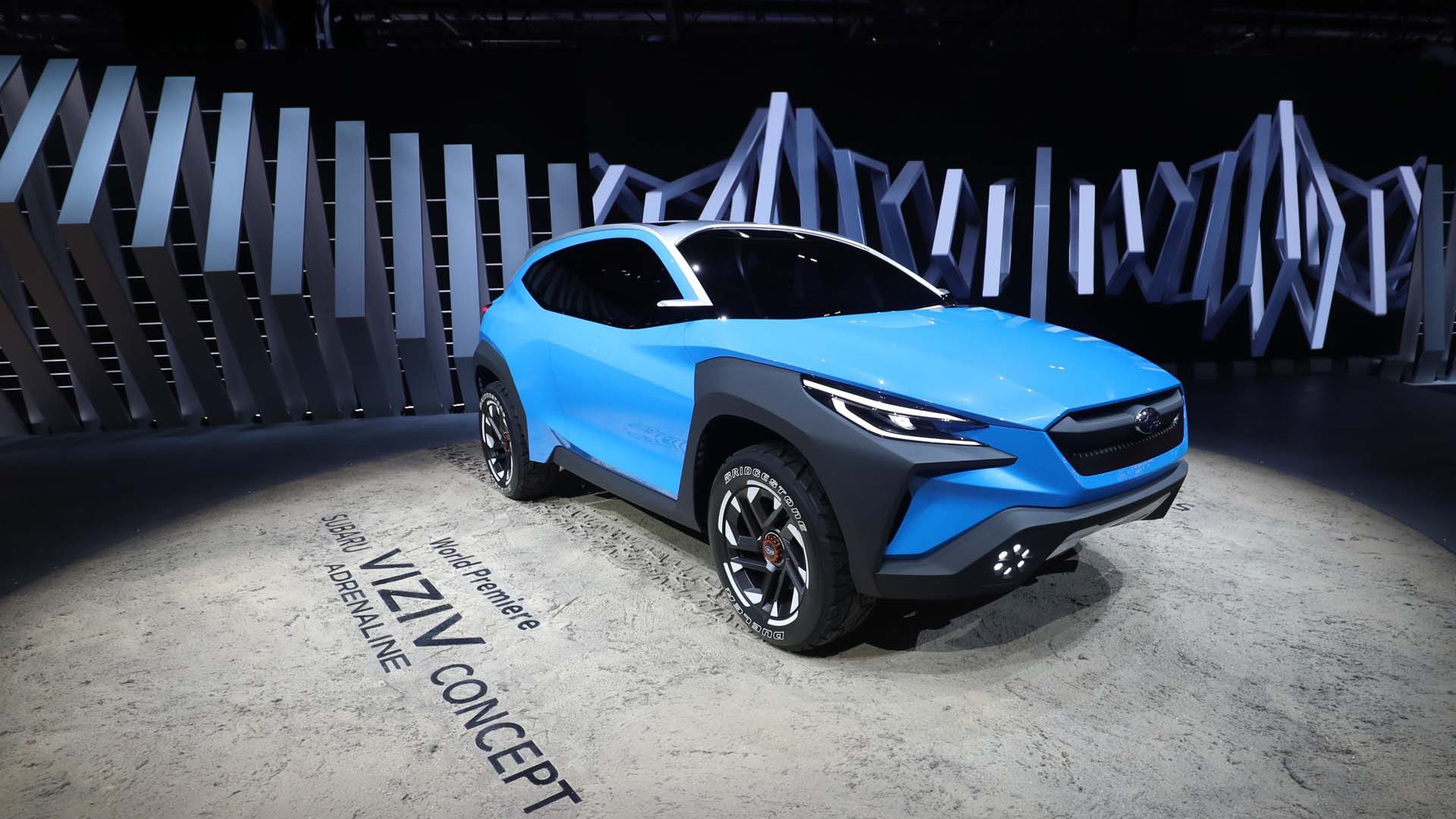 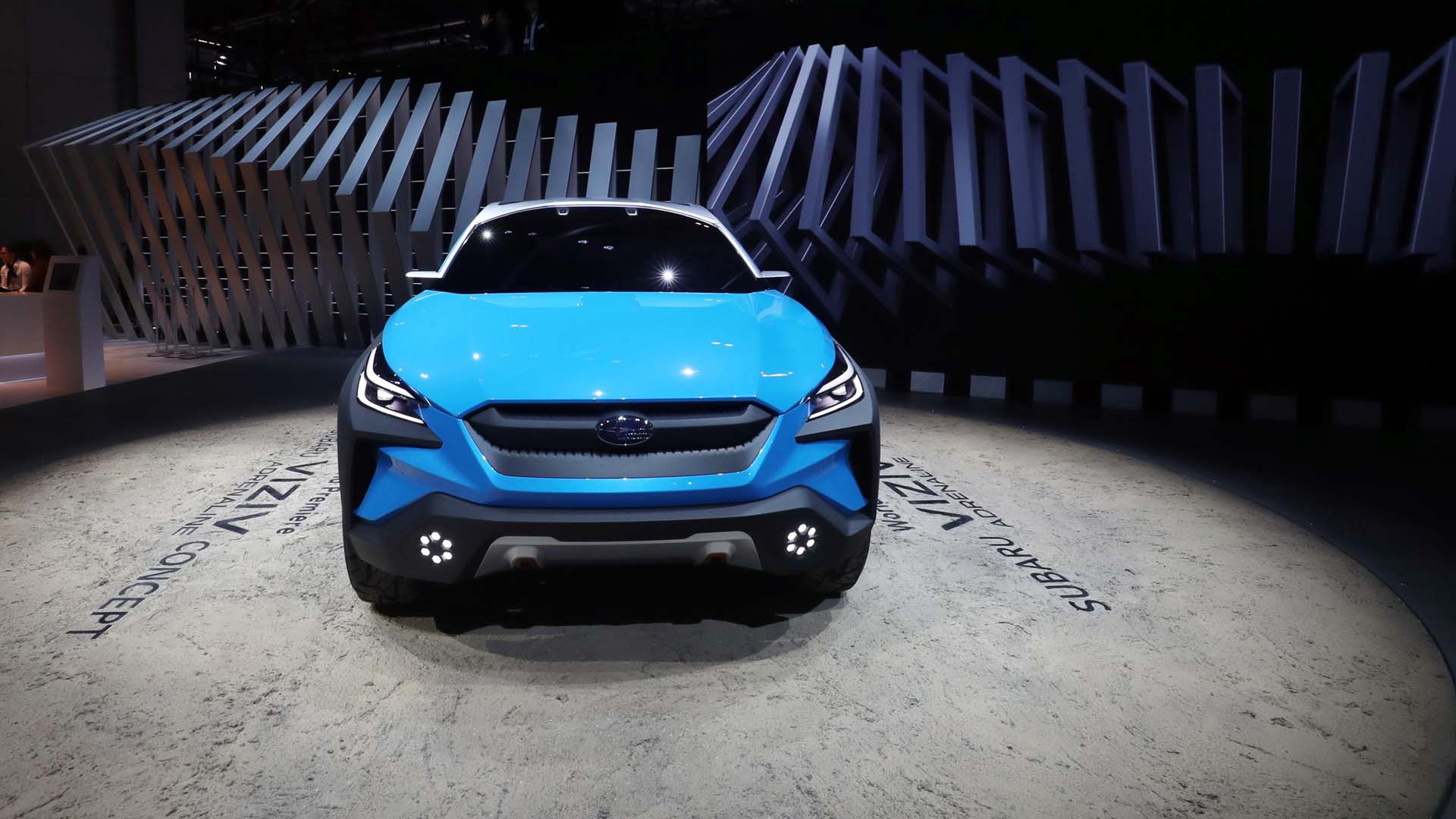 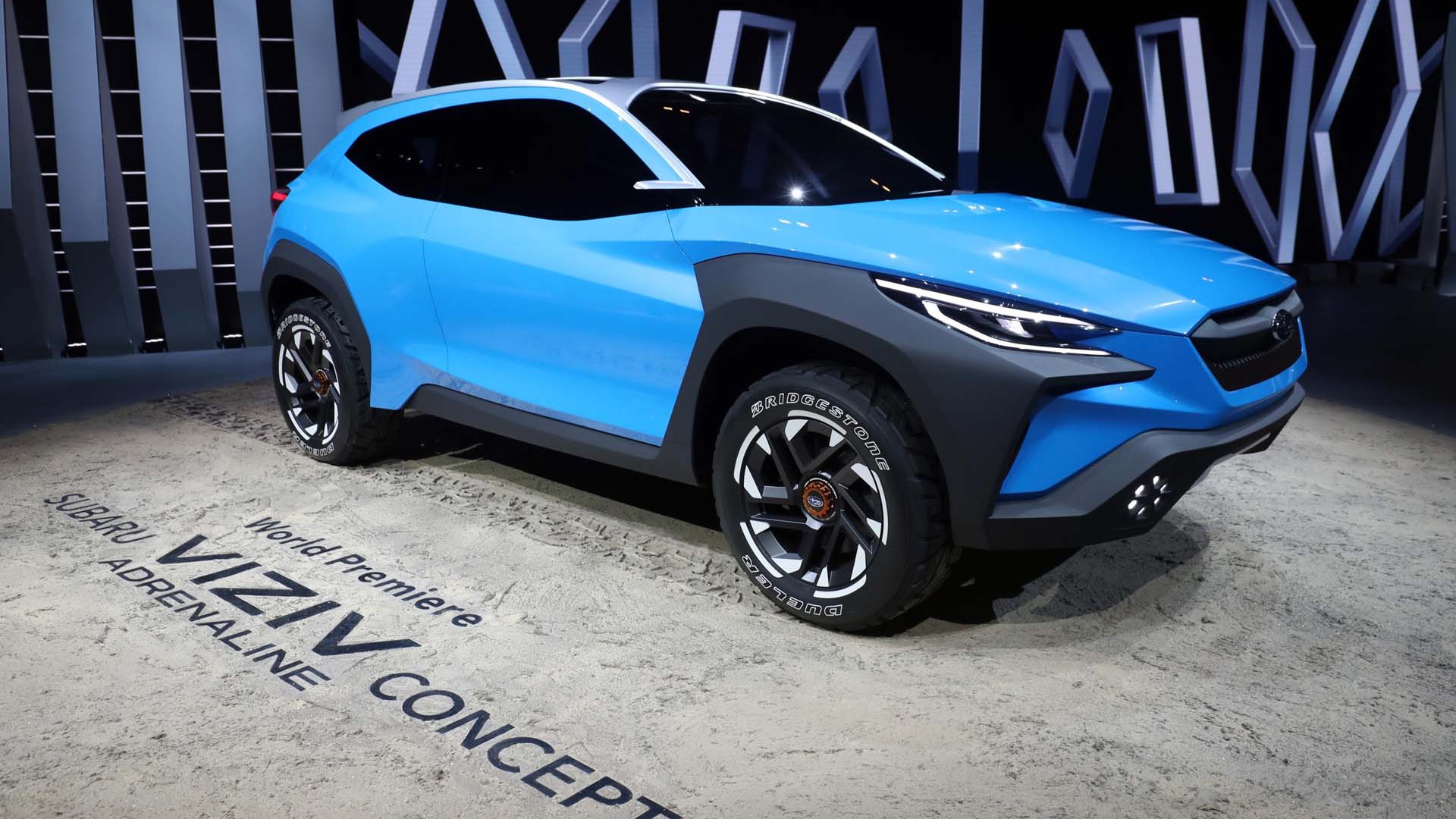 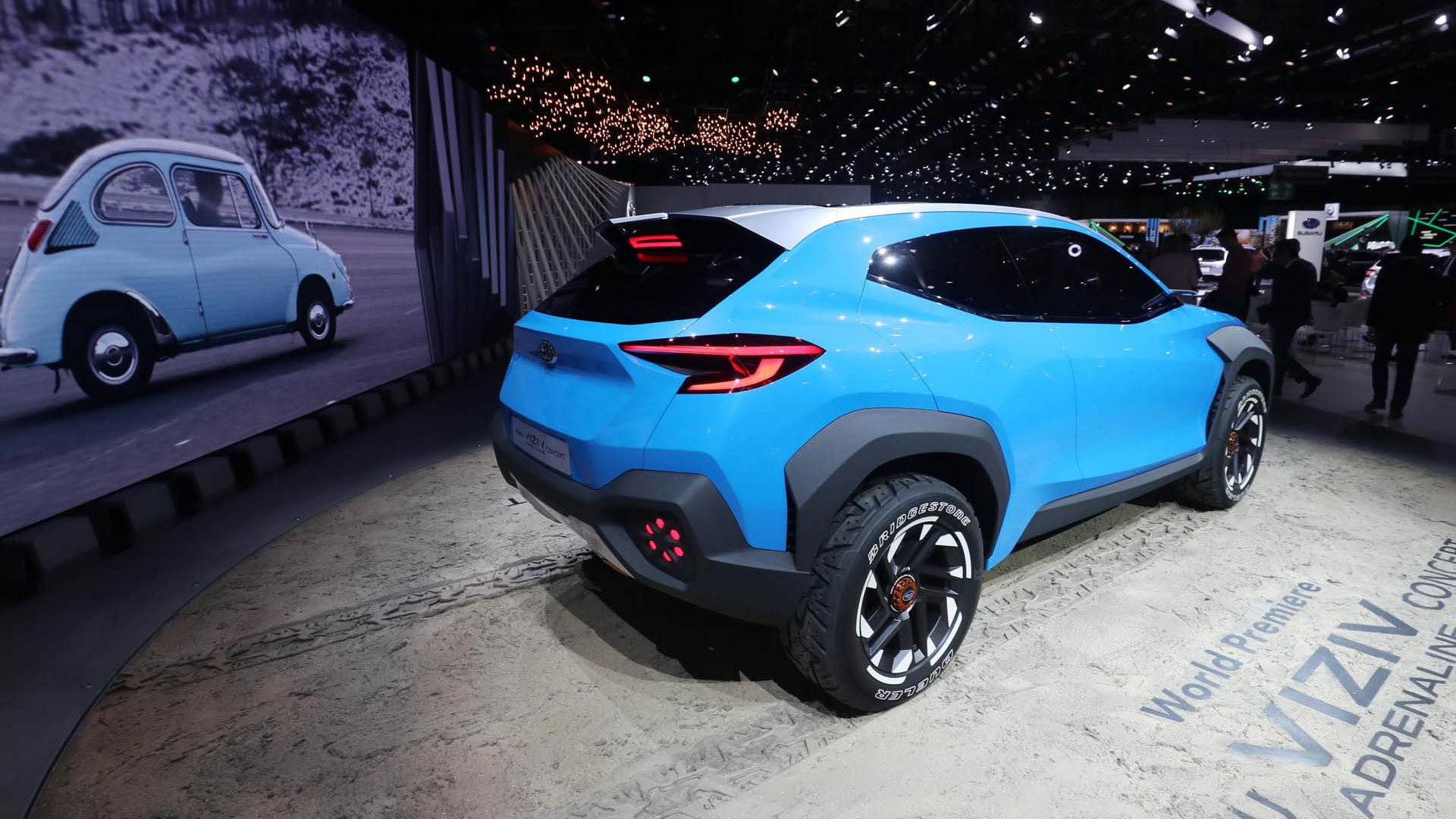 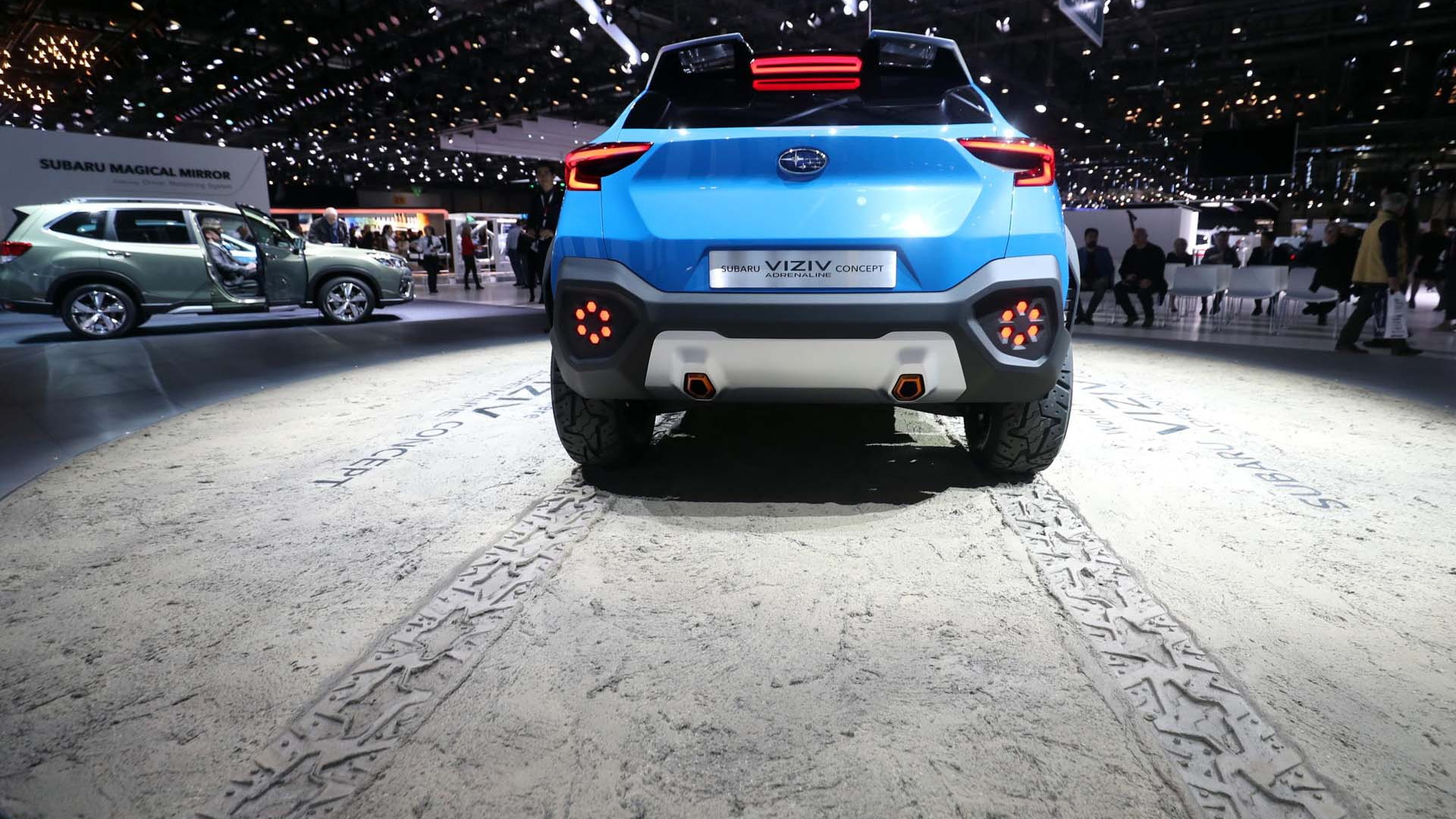 Subaru is hopeful the world is still craving crossover SUVs, despite the body style's proliferation in recent years. That's because the Japanese firm unveiled a new crossover concept on Tuesday at the 2019 Geneva International Motor Show.

The concept doesn't directly preview any upcoming model though we could see elements of the design filter across to the next-generation Crosstrek. The compact crossover was last redesigned for 2018.

Immediately noticeable on the Viziv Adrenaline Concept is the sportier stance compared to Subaru's current crosssovers. There's also the contrasting roof, which may indicate that Subaru plans to introduce a floating roof design on future models, while underbody protection and off-road tires emphasize ruggedness and strength.

The Viziv Adrenaline Concept is actually the seventh member in the line of Subaru's Viziv series of concepts, which started with the original Viziv Concept rolled out at the 2013 Geneva auto show. Viziv is derived from the phrase “Vision for Innovation.”