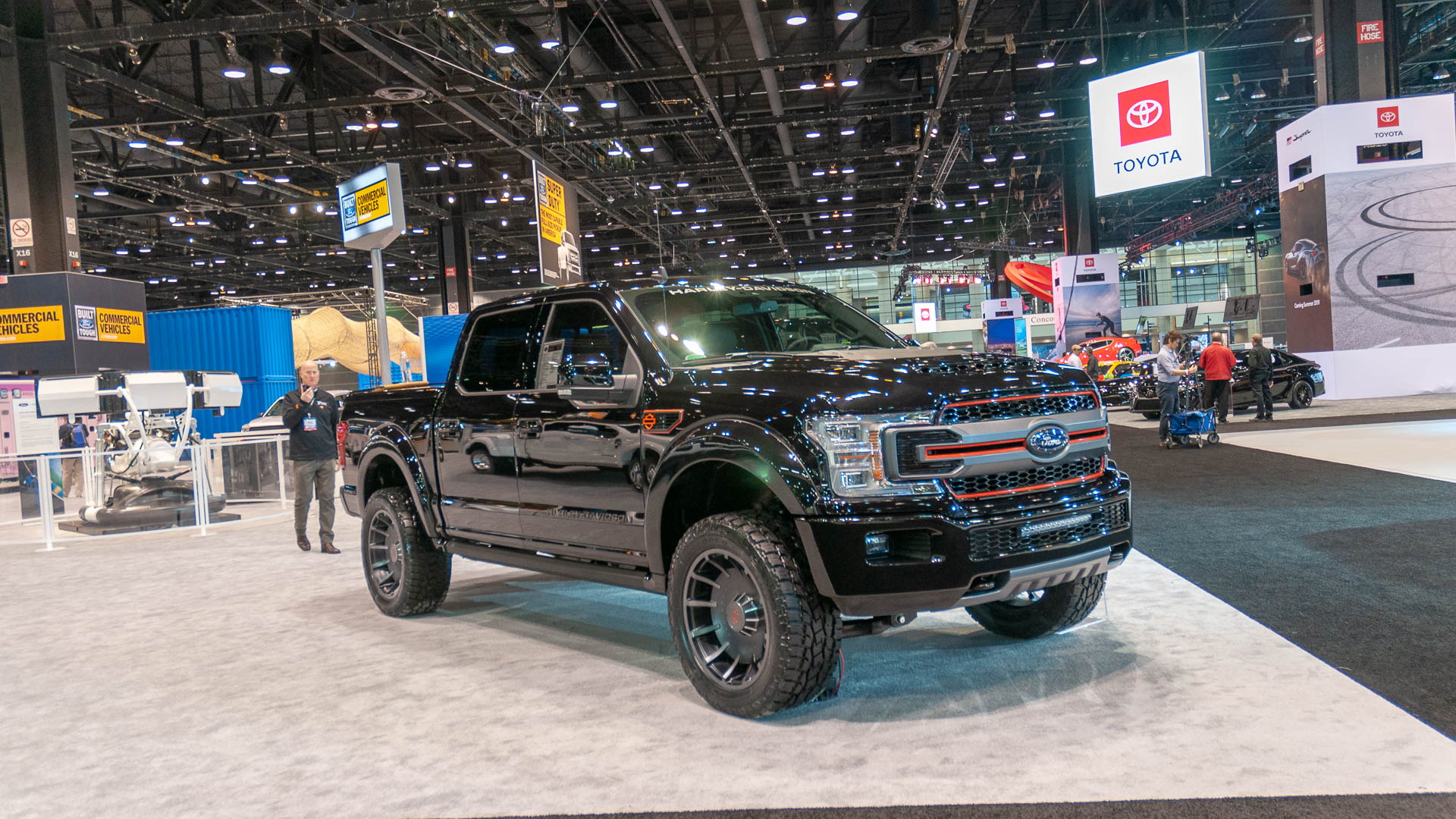 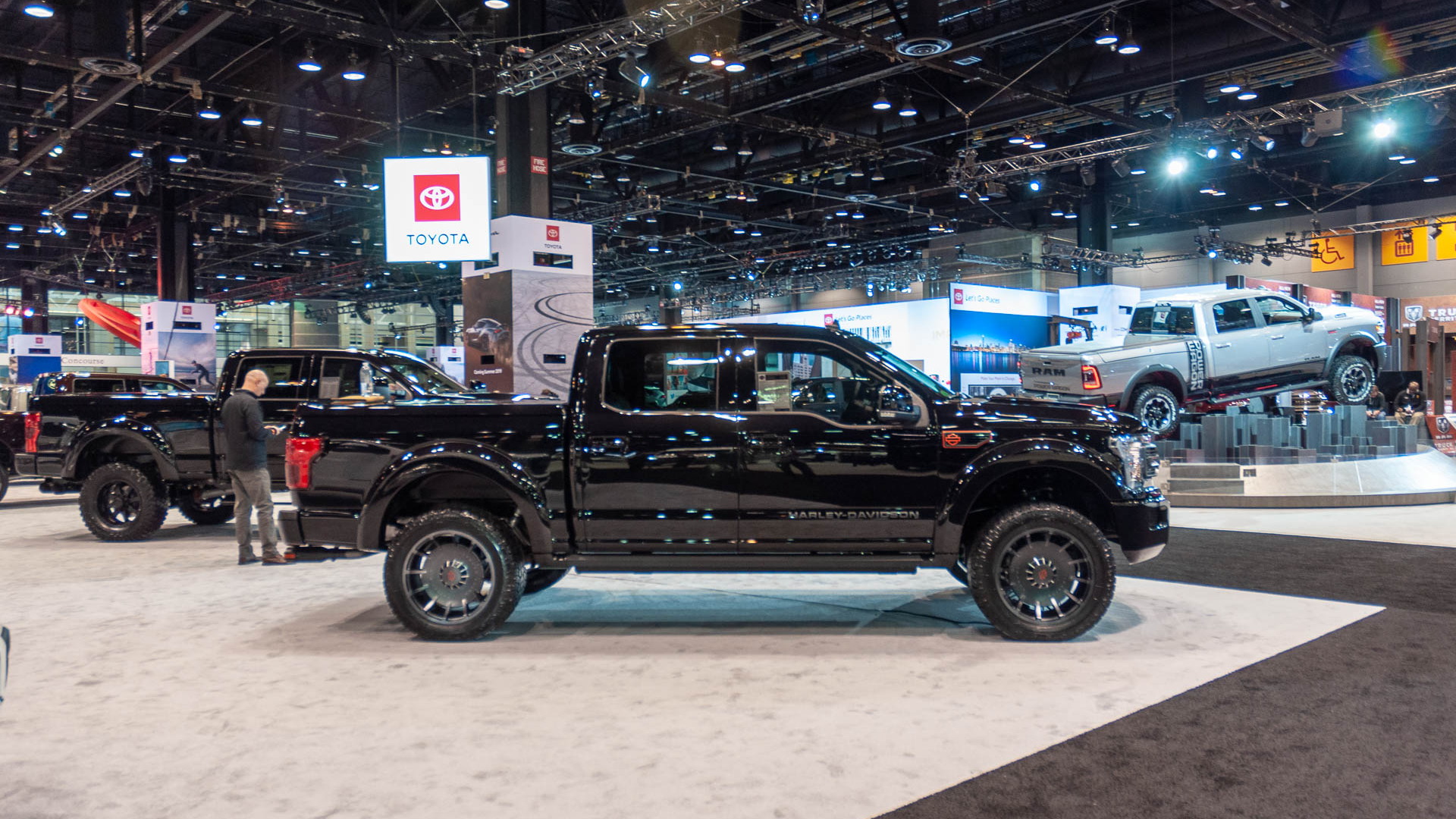 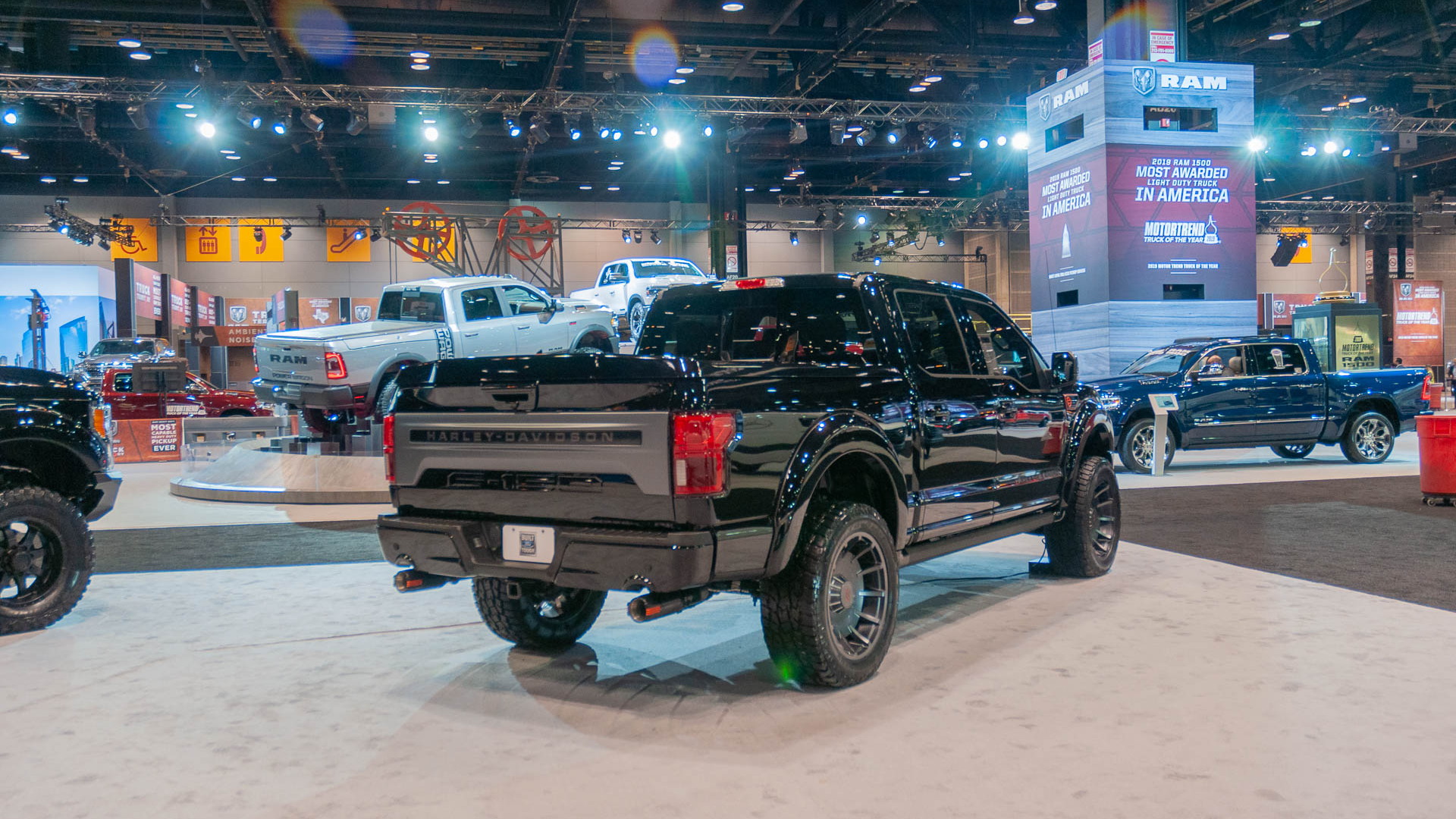 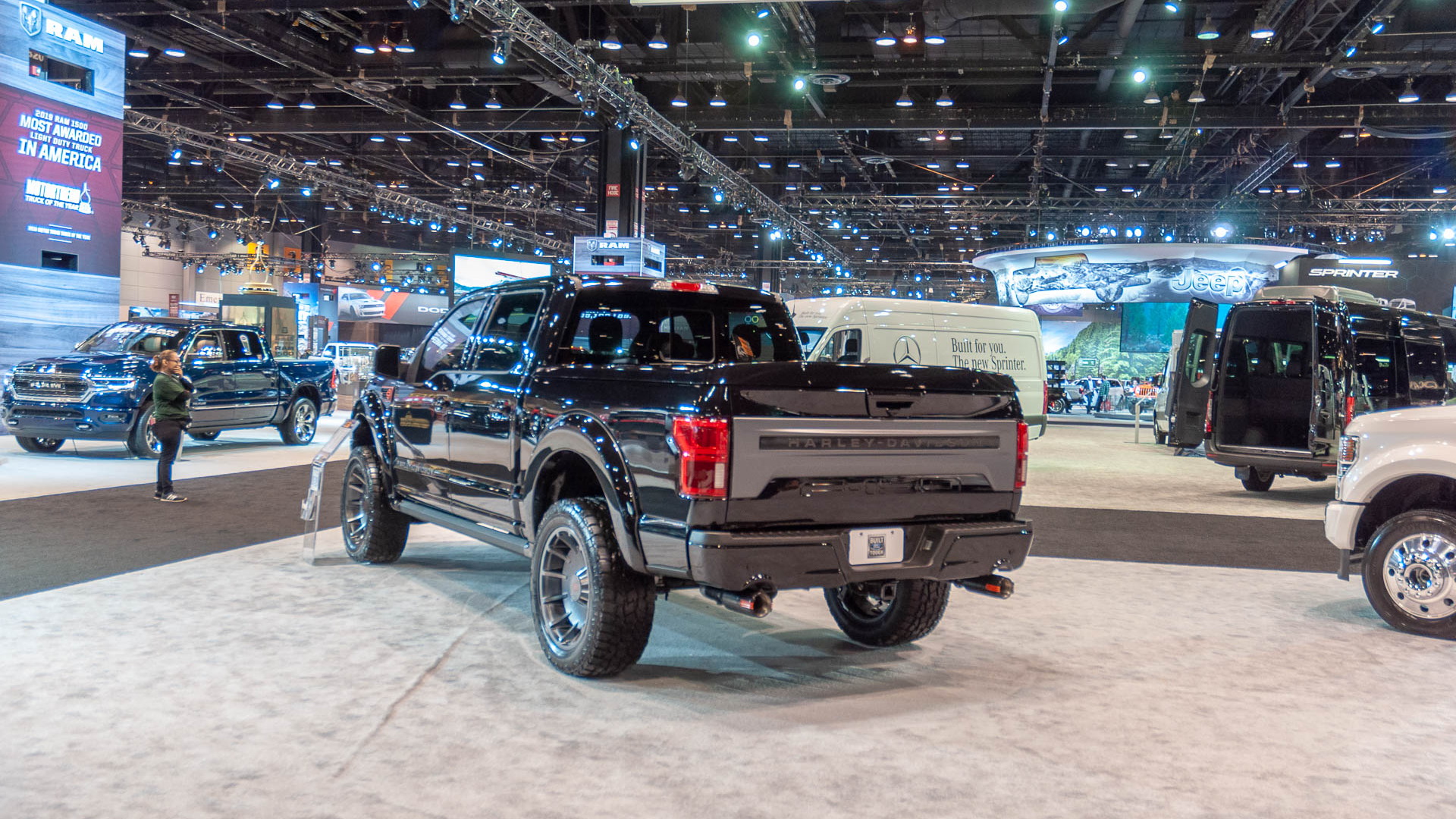 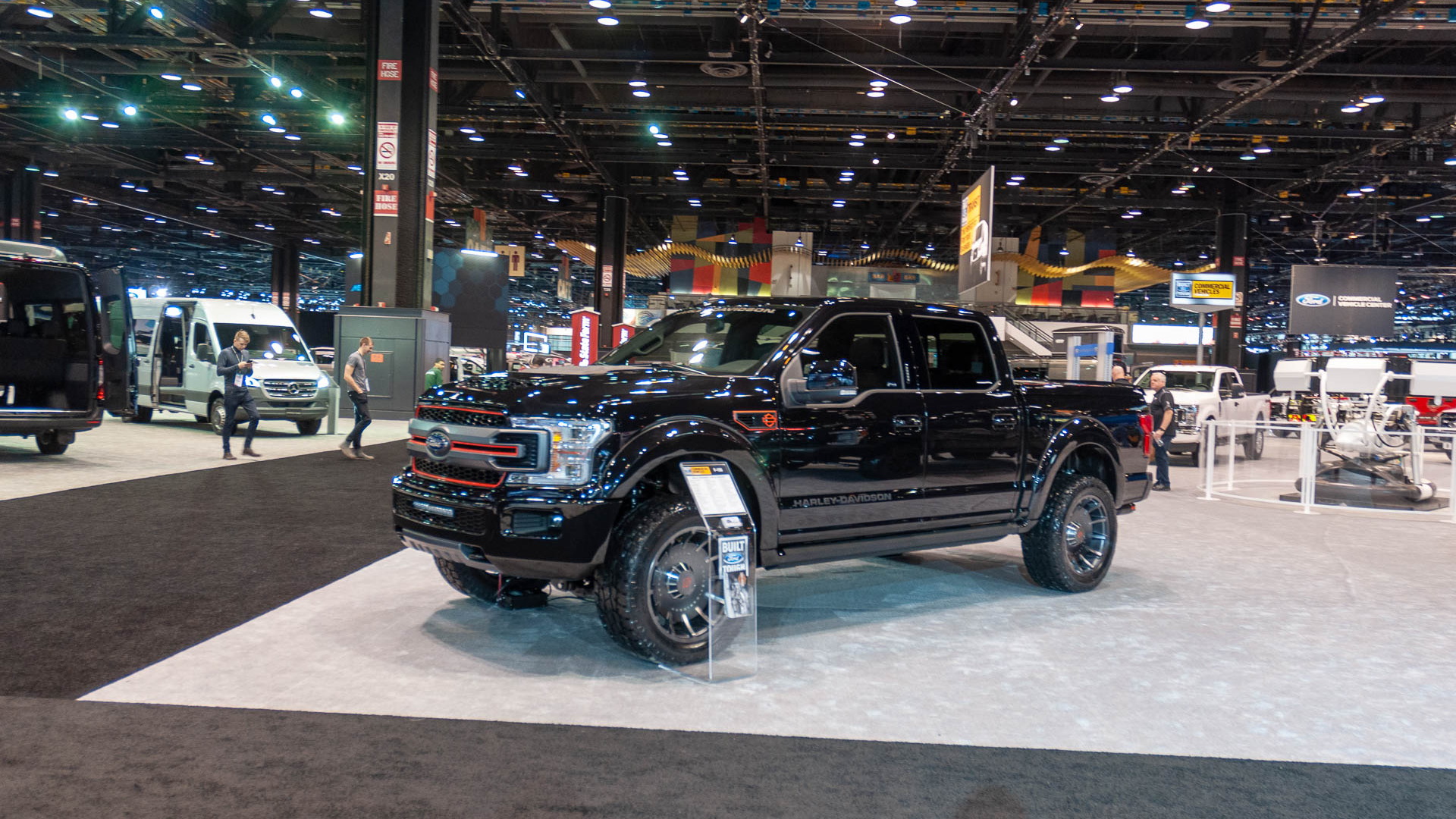 Ahead of the 2019 Chicago Auto Show, Harley Trucks debuted the Ford F-150 Harley-Davidson. Unlike the past, this is not an official Ford package, but instead, a third-party doing the upgrades.

The latest F-150 Harley-Davidson takes a very different approach from the official Ford models from the past. Rather than a lower ride and sporting intentions to match the sleek look of the motorcycles, Harley Trucks opted to take an off-road approach. The truck features all-terrain tires, Harley-Davidson tuned Fox performance shocks, Flowmaster performance exhaust, and a functional ram air hood. All of the upgrades are backed by a 3-year/36,000-mile warranty.

The wheels are particularly cool, and the company said they're a nod to Harley-Davidson motorcycles. Appropriately, they're called "Fatboy Style" wheels. 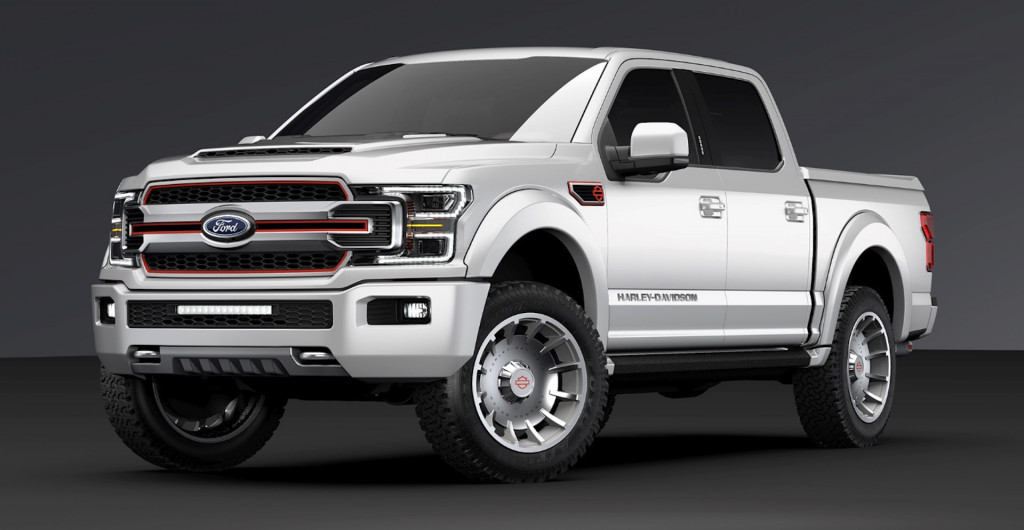 The truck's exterior gets a new grille with a honeycomb insert, an integrated LED light bar in the bumper for off-road use, custom rear bumper covers, and a lot of Harley-Davidson branded components. The motorcycle maker's name can be found on the tonneau cover, tailgate, and windshield. For convenience, there's also a set of power running boards. 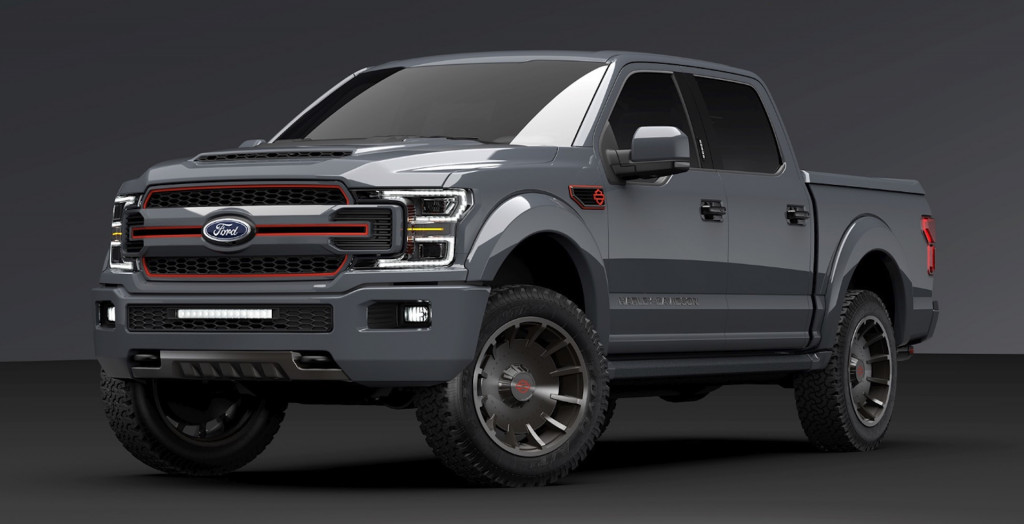 The base price for one of the hulking hog-influenced pickups is $97,415, about twice the price of the last Harley F-150 done by Ford in 2011. The price nets buyers all of the features listed above plus a shade of Agate Black paint. For $97,710, buyers can opt for a White Platinum paint color, or for $98,433, he or she can special order a coat of Leadfoot gray paint.

Locals can see the pickup at the Chicago Auto Show when the show opens to the public on Feb. 9.