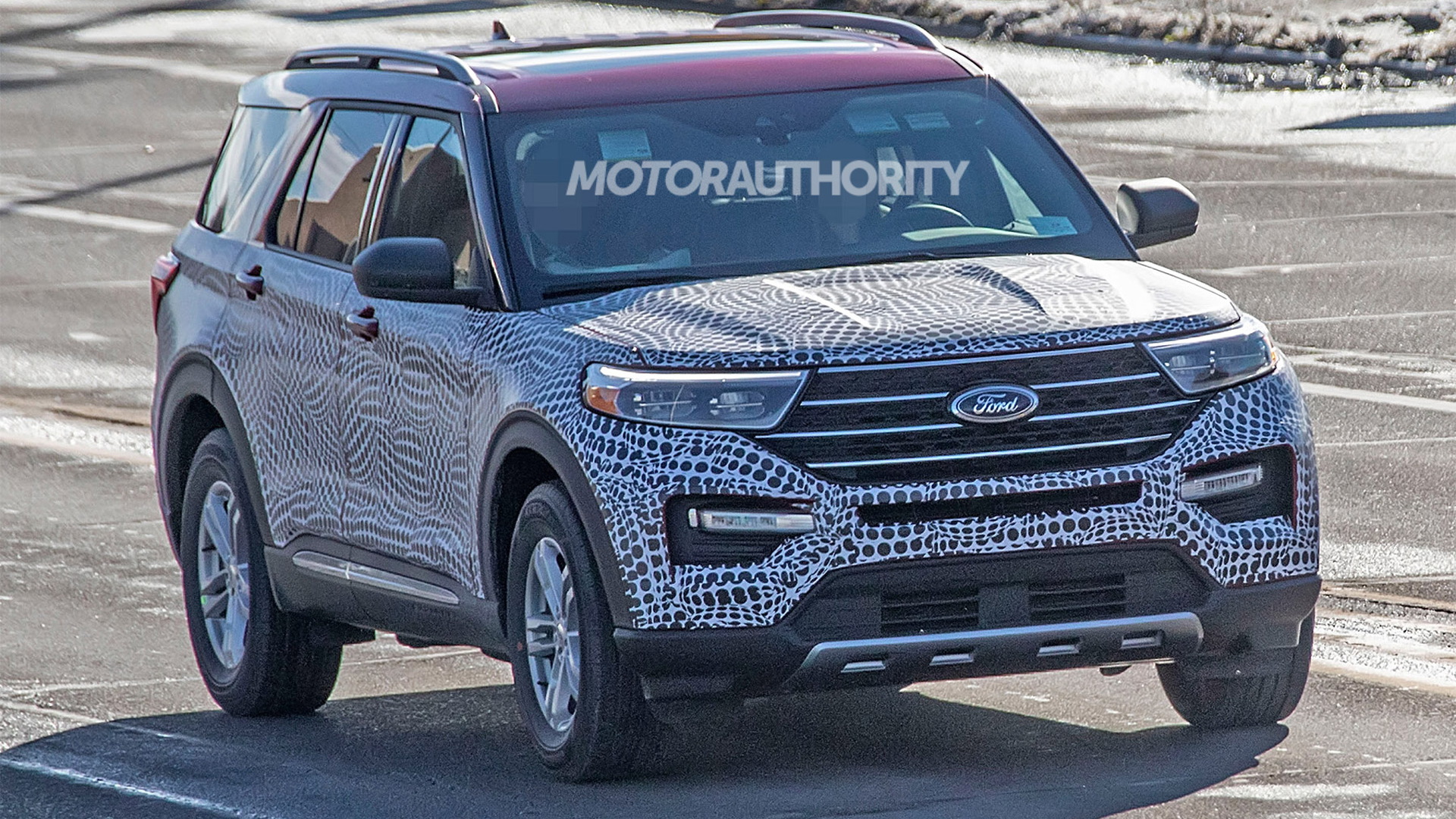 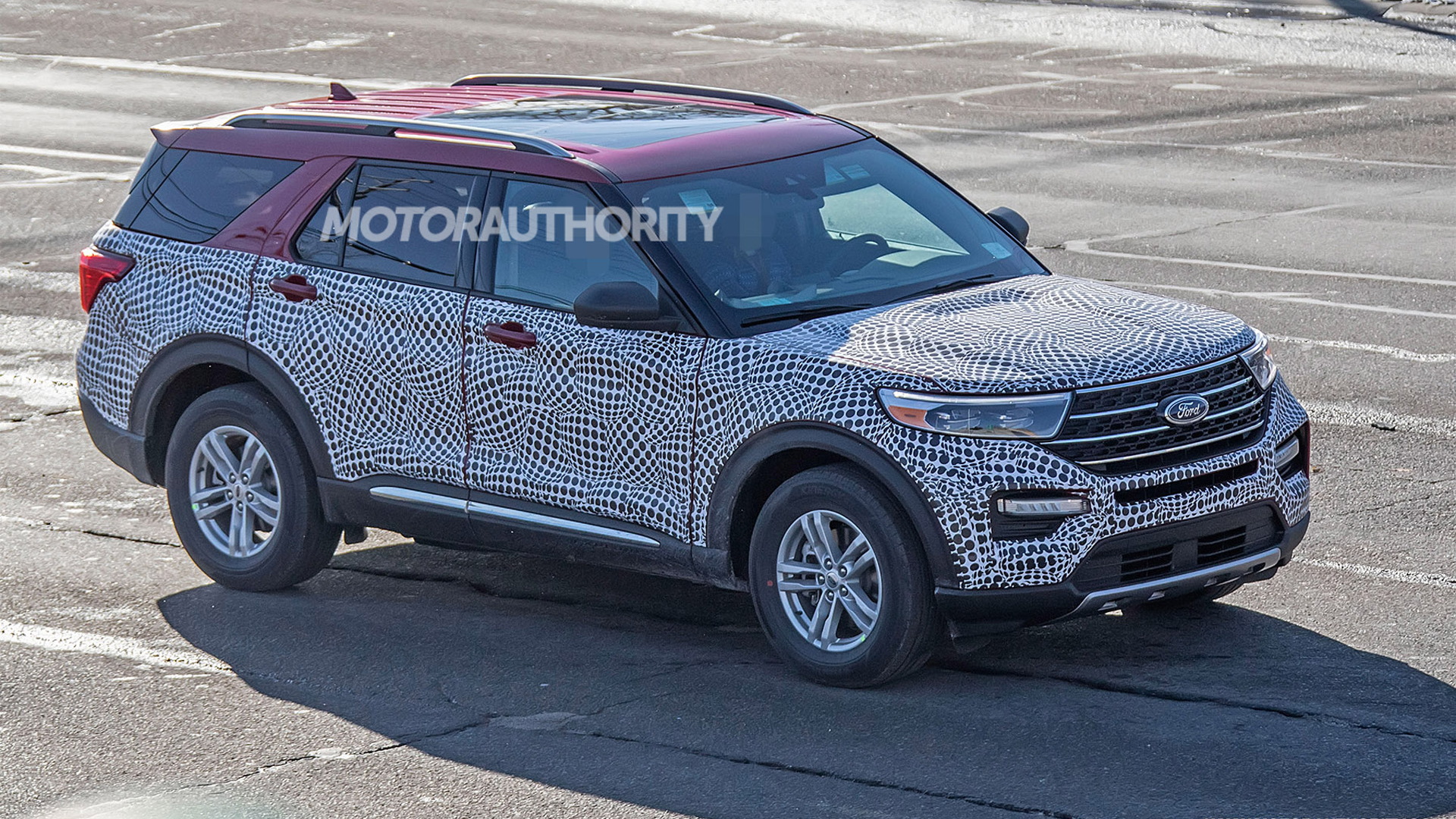 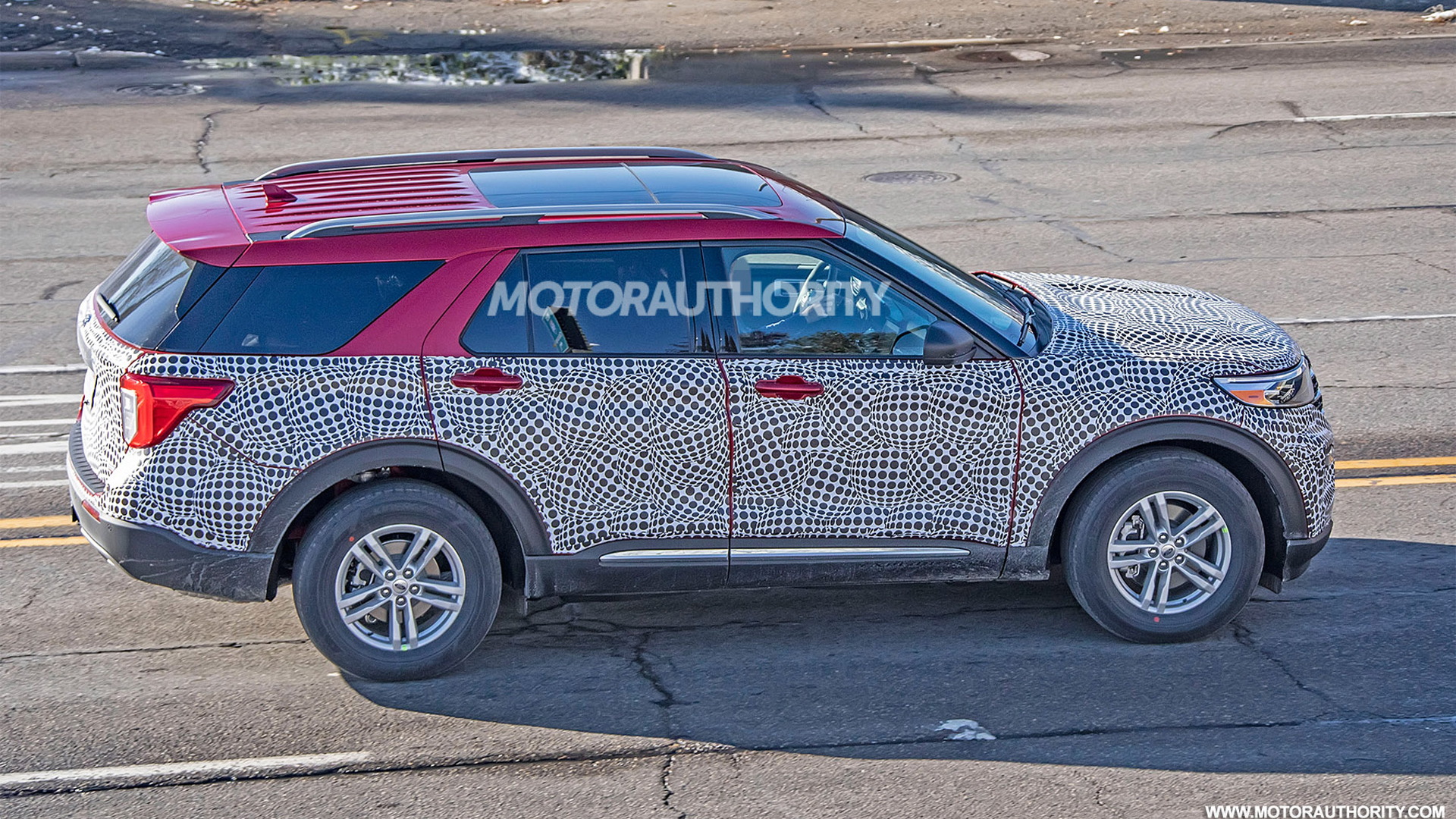 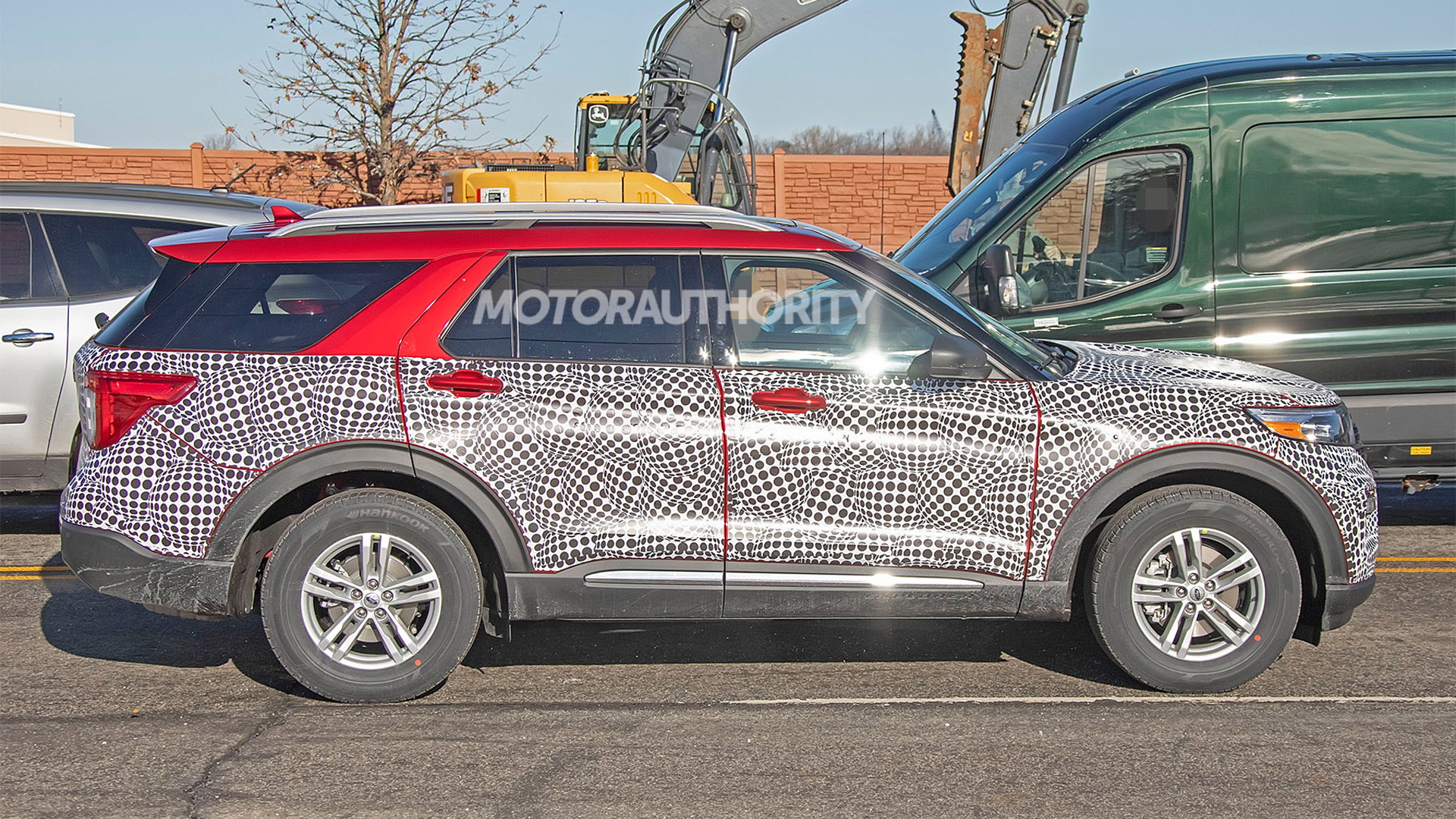 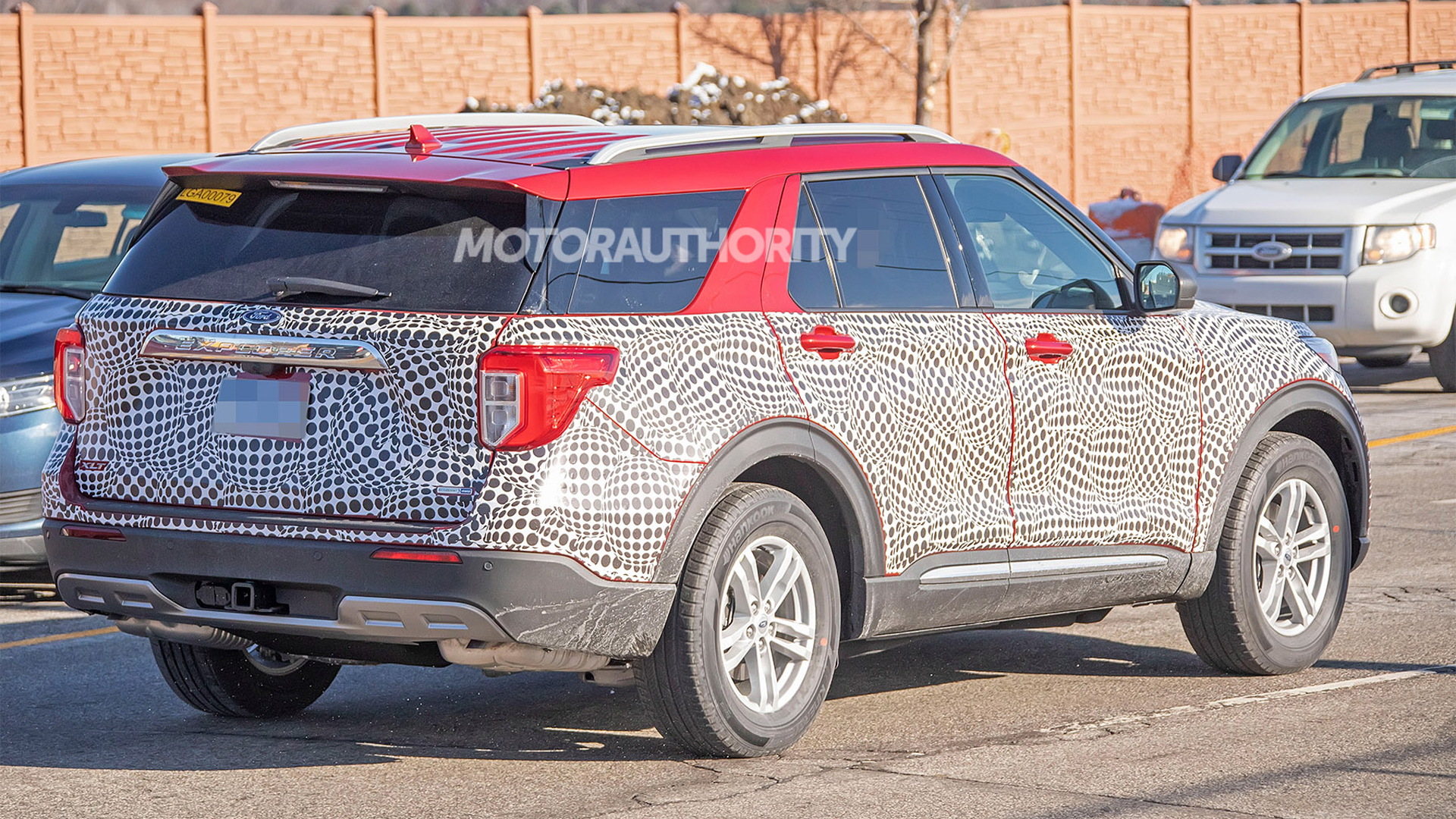 After being spotted numerous times in the wild, the 2020 Ford Explorer has a date with destiny. Ford will reveal the new SUV on Jan. 9 at Ford Field in Detroit.

Automotive News (subscription required) reported on plans for the offsite reveal for the 2020 Explorer on Thursday. The debut happens about a week before the 2019 North American International Auto Show takes places in Detroit.

Spy shots have revealed a fairly evolutionary look for the SUV, though the vehicle rides on a new rear-wheel-drive platform called the CD6 architecture. The Explorer will share the platform with the 2020 Lincoln Aviator, which bowed last month at the 2019 LA Auto Show.

Although not confirmed, a leak from August appeared to show the SUV's ordering guide and spilled details on the Explorer's powertrains. Should the information prove correct, engine choices will include a 2.3-liter turbo-4, a 3.3-liter V-6, and a 3.0-liter twin-turbo V-6. The 3.3-liter V-6 will be available with or without a hybrid system. Each engine will likely pair with a 10-speed automatic transmission, and all-wheel drive will be available.

After the standard Explorer makes its debut, the brand also has an Explorer ST in the pipeline. The performance-oriented SUV will follow the Edge ST, which launched this year. The Explorer ST will likely replace the Explorer Sport model as Ford revamps its lineup to include more sporty crossovers.

Stay tuned as we approach the Explorer's reveal.