Fingerprints have unlocked phones for a few years now, but Hyundai has bigger plans for cars. Hyundai revealed the 2019 Santa Fe at the Guangzhou International Automobile Exhibition with fingerprint access technology last weekend.

The Korea Herald reported the technology will be offered on the new crossover SUV in China. Motor Authority reached out to the company to learn more about the technology and asked if we'll see the system debut in North America. We'll update this story if we hear back.

Fingerprint scanners in the door handles and on the ignition button will be available on the crossover. Hyundai isn't the first to incorporate a fingerprint scanner to start the car, but it will be the first to install such technology for the door handles. ZDNet reported security and durability concerns have discouraged other automakers from installing the technology. Obviously, the tech needs to withstand hot and sunny days, freezing temperatures, snow, and rain. 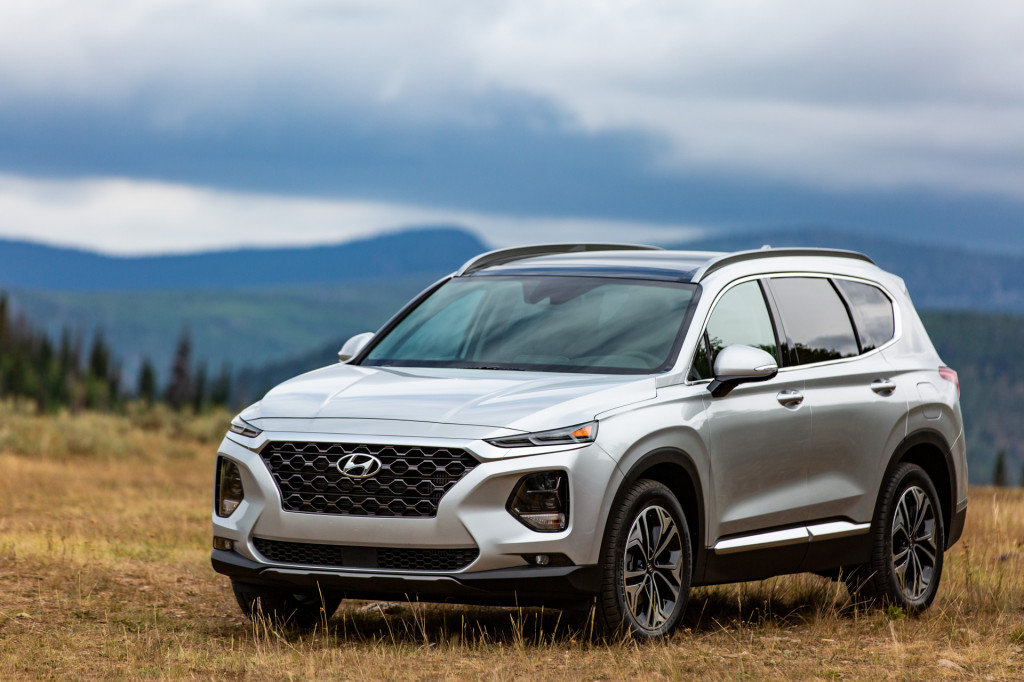 Hyundai said the reader has a 1 in 50,000 chance of failing and it uses human capacitance to ensure tip-top reads of a fingerprint. Basically, the scanner reads electricity levels in other parts of the finger to prevent forged entry.

Multiple people can register their fingerprints for the specific car, and the vehicle can adjust various elements based on the fingerprint. Upon scanning, the car will move the seats and mirrors to suit the driver it recognized.

The technology is an effort to boost Hyundai's perception in China, the world's largest new-car auto market. The brand has struggled there, but the new tech is an effort to improve its reputation and hopefully shore up SUV sales.