Fiat Chrysler Automobiles in late November announced $5.7 billion worth of investments in its Italian plants, which includes a plan to steer them away from slow-selling, unprofitable vehicles and refocus them toward in-demand models, particularly luxury crossovers.

In a statement released Nov. 29, Pietro Gorlier, FCA's chief operating officer for Europe and emerging markets, said FCA would leverage the platform of the Jeep Renegade for the Alfa Romeo crossover. The same platform also underpins the Jeep Compass and Fiat 500X. 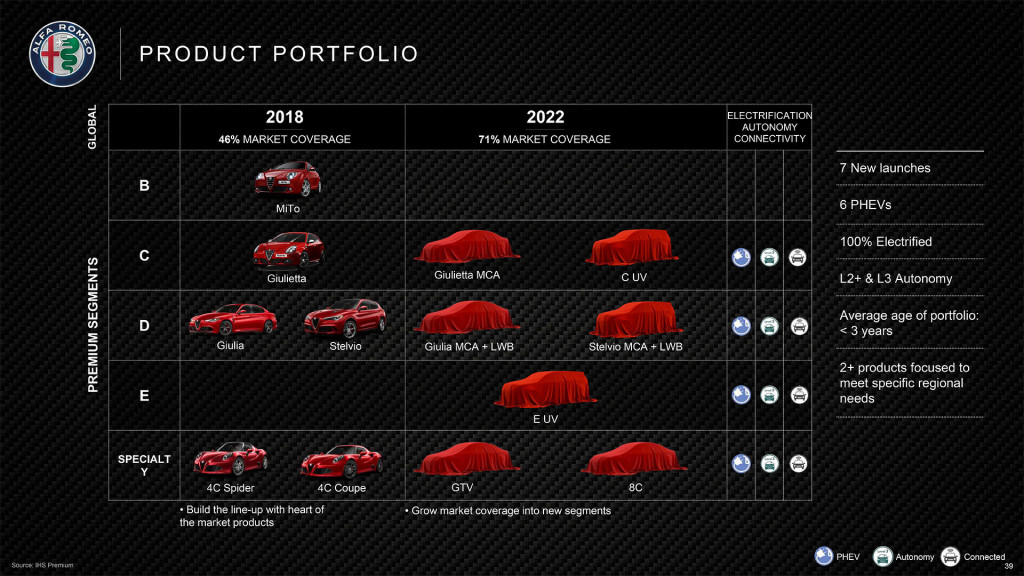 Gorlier also said that a new plug-in hybrid powertrain launching in the Renegade in 2020 will be available in the Alfa Romeo crossover.

The compact crossover is one of two new crossovers confirmed for Alfa Romeo due by 2022. Another is a mid-size model to challenge the BMW X5 and Mercedes-Benz GLE. The mid-size crossover will likely be based on a stretched version of the platform found in the Stelvio small crossover. The Stelvio platform will also be used for a small crossover from Maserati.

Other major plans revealed during FCA's $5.7b Italy investment announcement include plans to develop a modular electric car platform to be used first in a next-generation Fiat 500 EV, start production of the Jeep Compass for the European market in FCA's plant in Melfi, and introduce more electrified options across the FCA portfolio of brands.