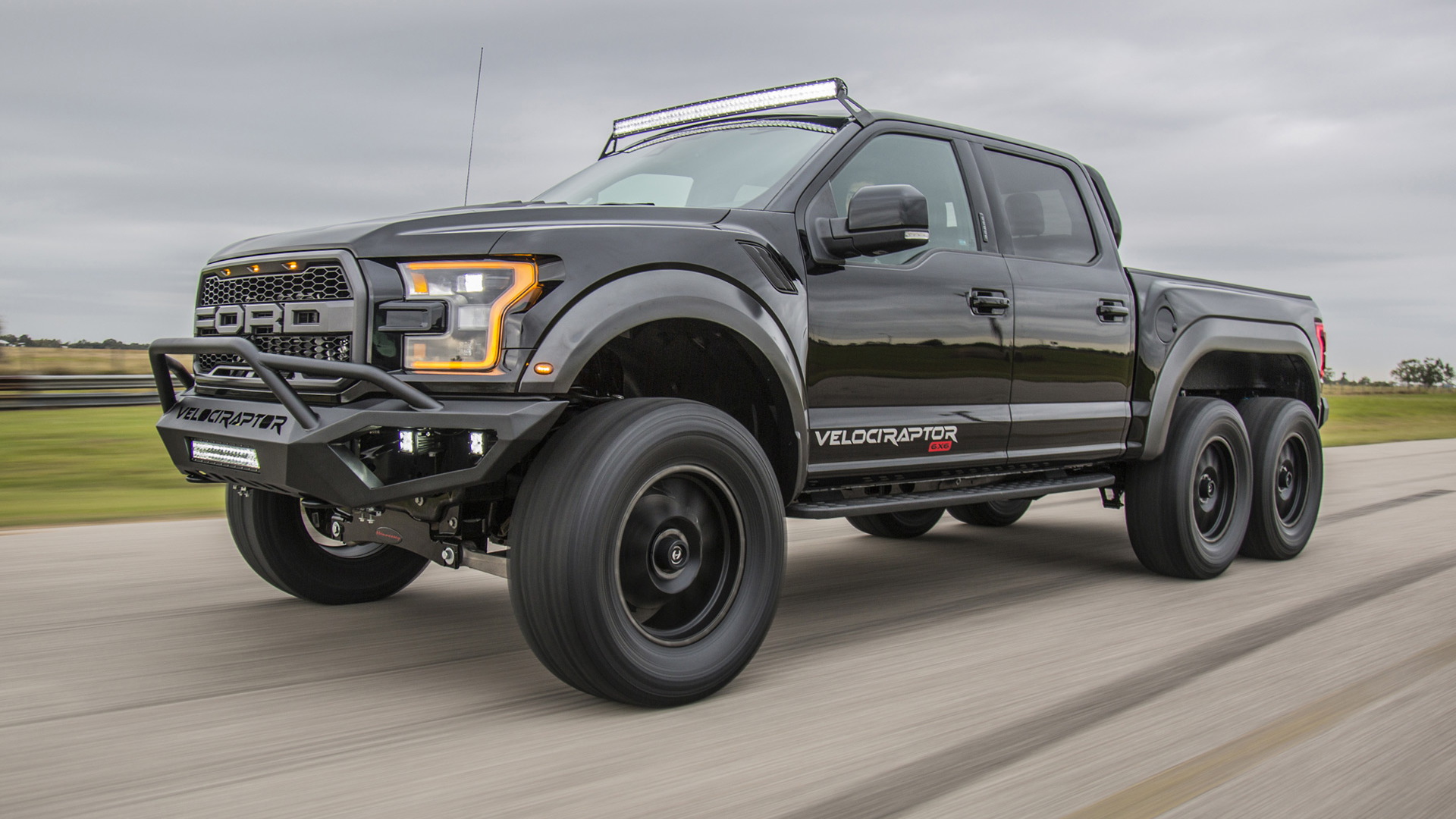 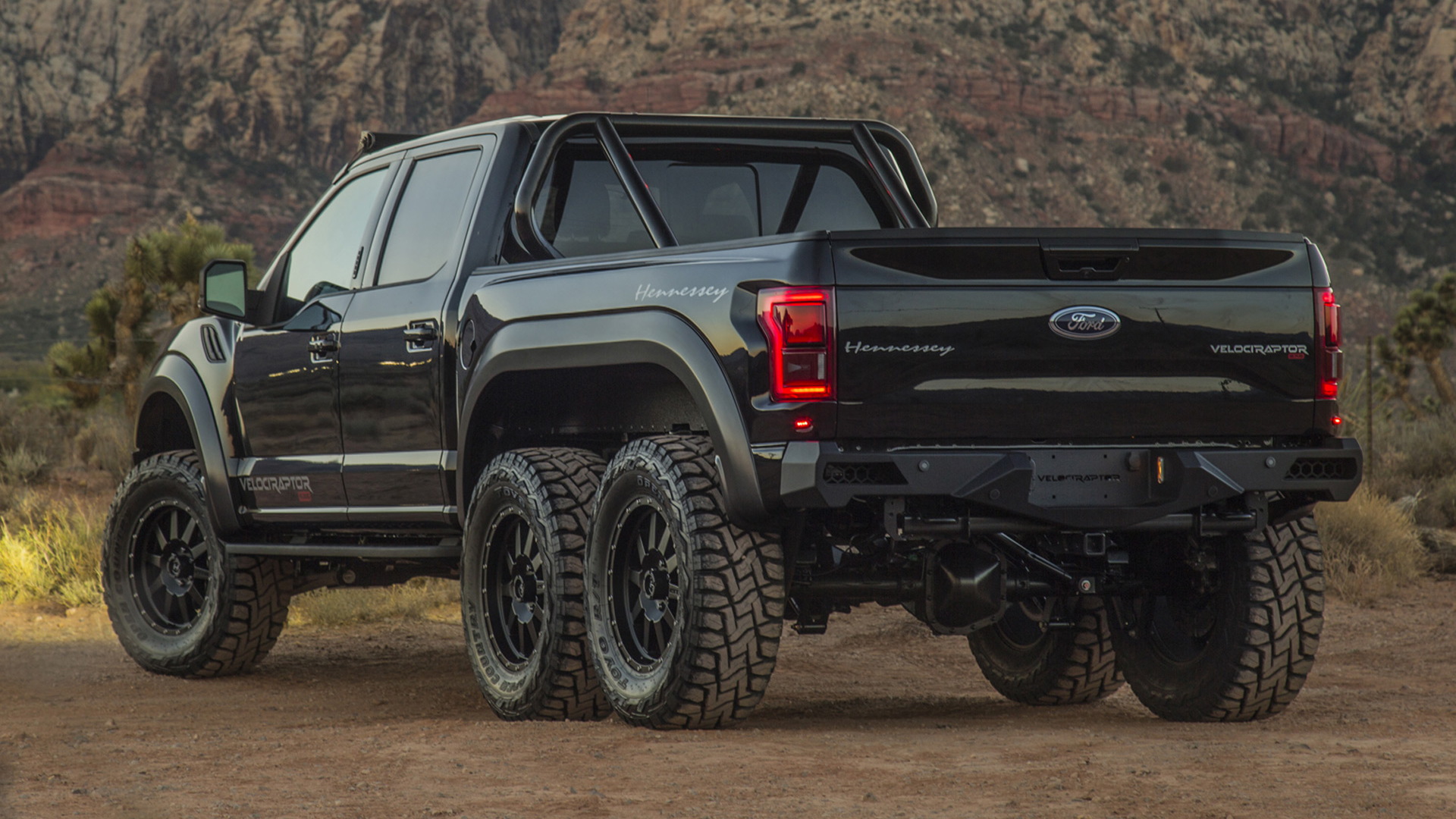 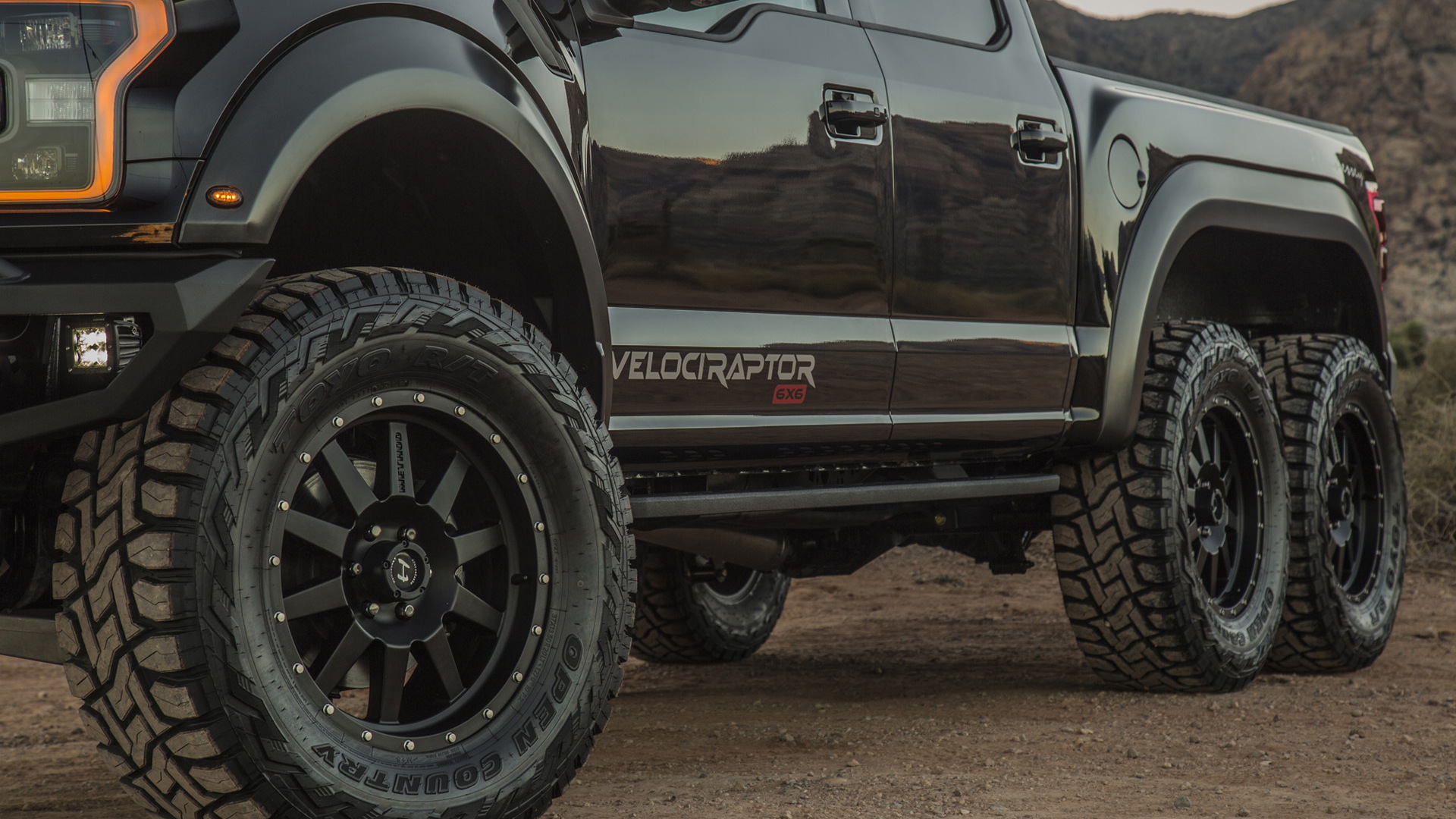 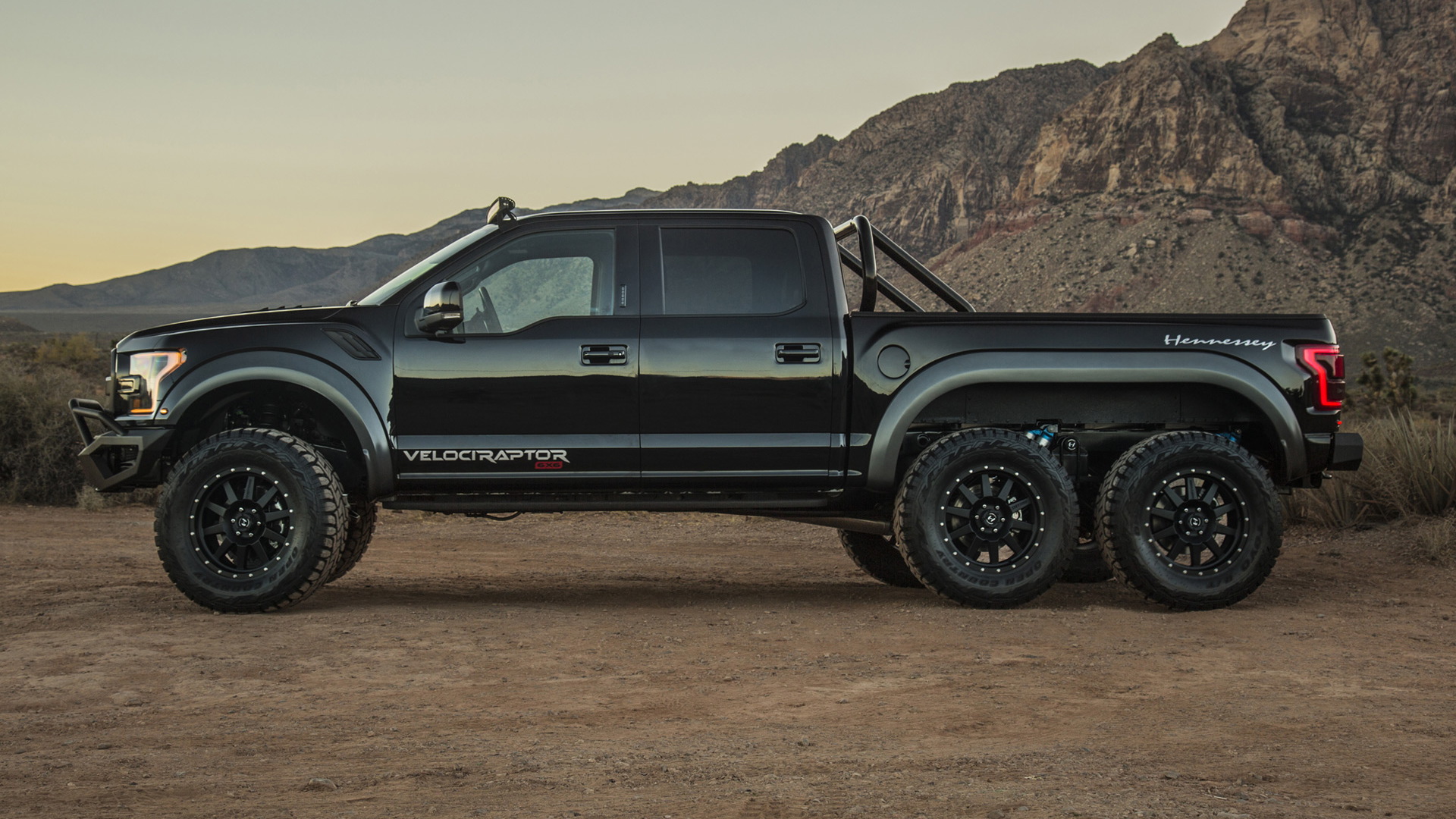 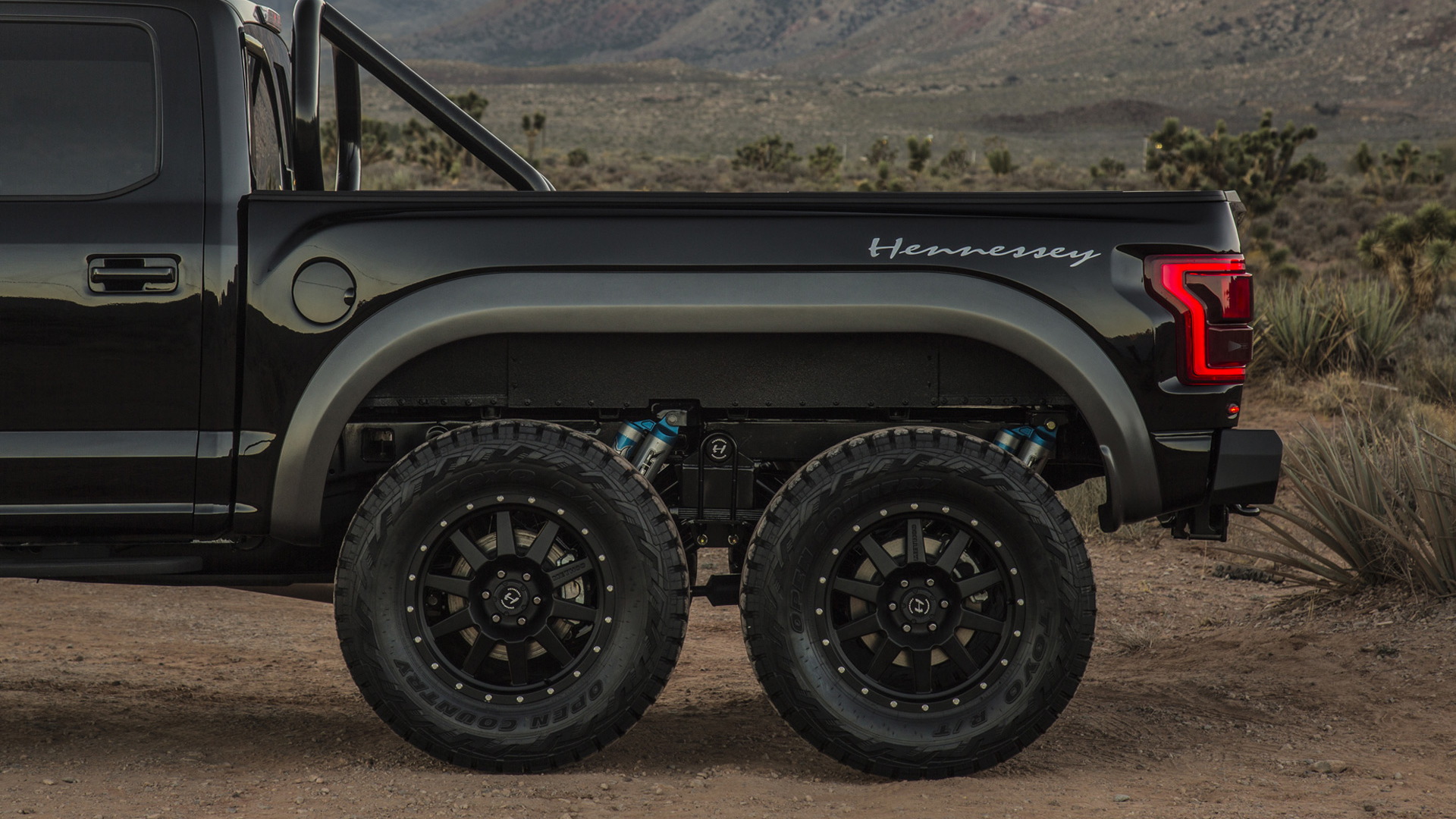 Just in time from Black Friday, Hennessey Performance Engineering has listed one of its 50 F-150-based VelociRaptor 6x6 pickups on eBay.

The VelociRaptor 6x6 debuted at the 2017 SEMA show and ushered in America's own answer to 6x6 rivals from Mercedes-AMG and Kahn Design. As for why this truck is for sale on eBay, HPE told Motor Authority that the truck was built as a spec model, so a customer never ordered it. Instead, the buyer can still add upgrades as he, she, or the cartel likes. If it's of any significance, this VelociRaptor 6x6 was also on display at the SEMA show.

HPE also said the company wants to have more inventory on-hand for customers, which led to this spec vehicle. This is one of the 50 units HPE plans to build and not an extra. But, depending on demand, the company said in the past it could build another 50 examples for international markets.

Every VelociRaptor 6x6 comes with the donor F-150 Raptor's 3.5-liter twin-turbocharged V-6 engine. The tuning company's work has pushed output to 605 horsepower and 622 pound-feet of torque, up from 450 hp and 510 lb-ft. Additionally, the beefed-up truck features locking rear axles, an upgraded Fox suspension, custom 20-inch wheels, off-road tires, flared wheel arches, and much more. Of course, an extra axle sits out back, too. The engine upgrades include custom turbos, a larger intercooler, revised ECU programming, and a high-flow exhaust system.

The opening bid on eBay is $349,000, which reflects the price of a base VelociRaptor. However, the "Buy it Now" price sits at $375,000. Whoever decides to give this behemoth of a truck a home will also be able to add a $22,000 options package. The bundle includes a Brembo brake system, larger wheels, and interior upgrades.