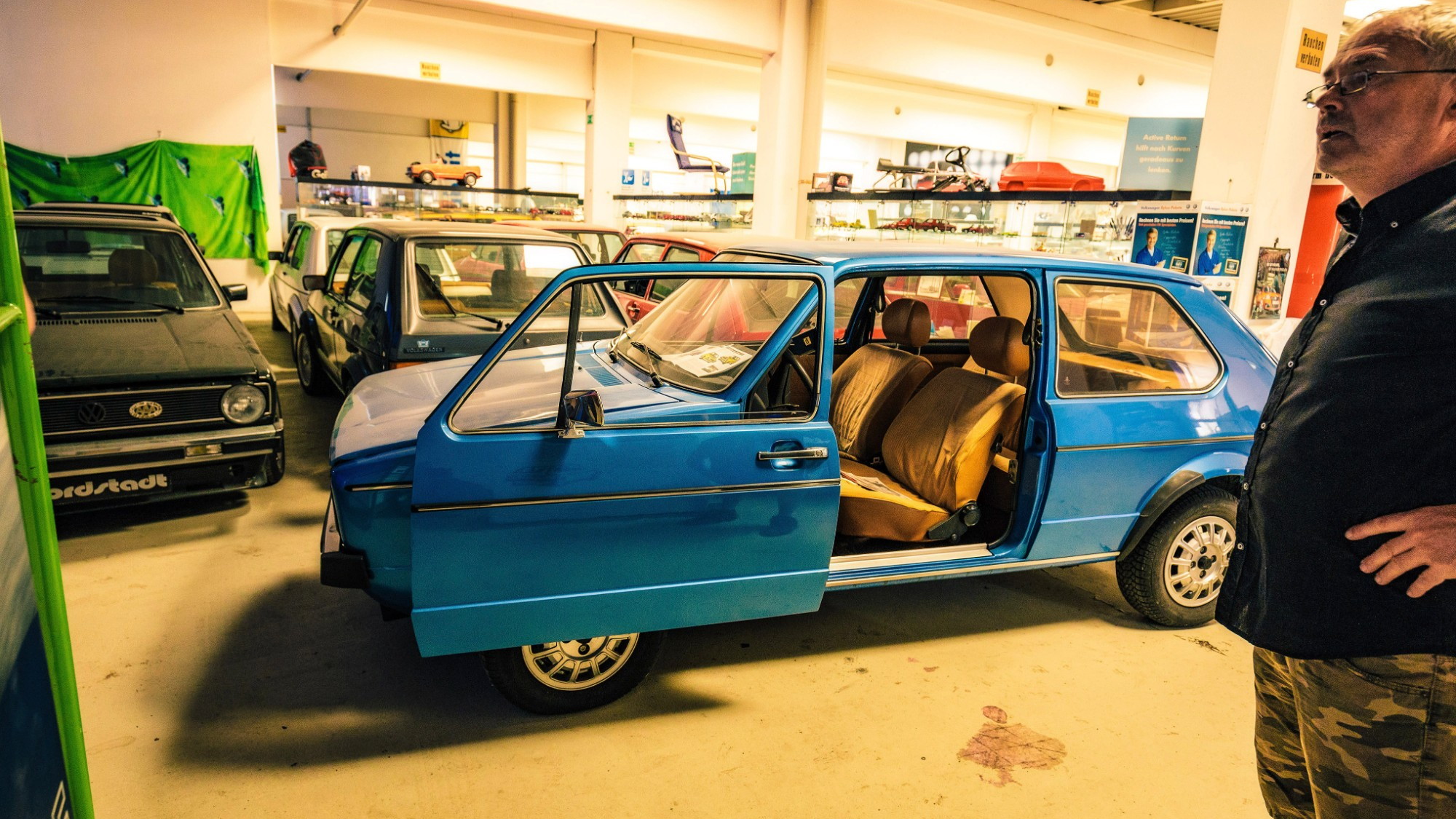 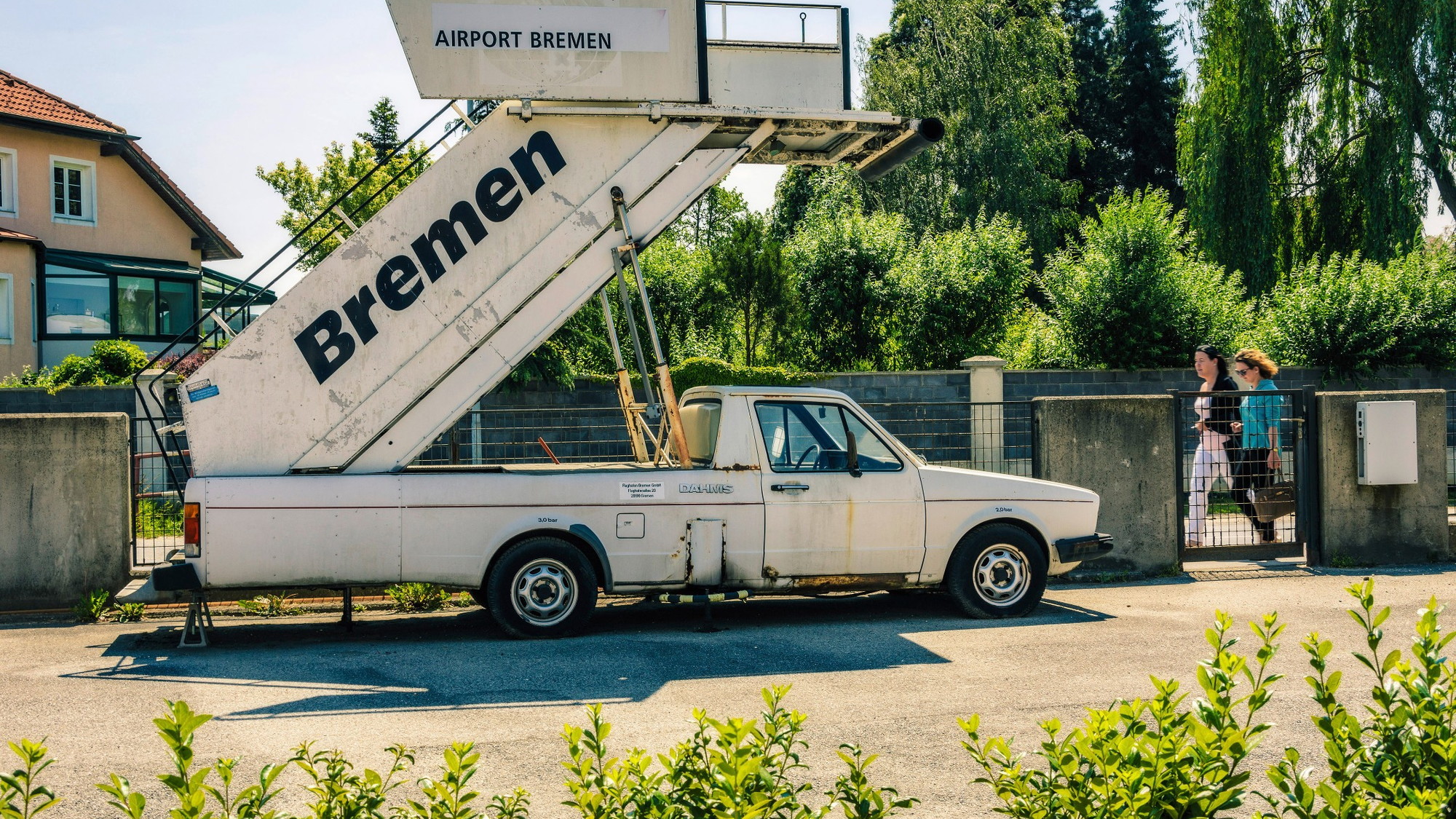 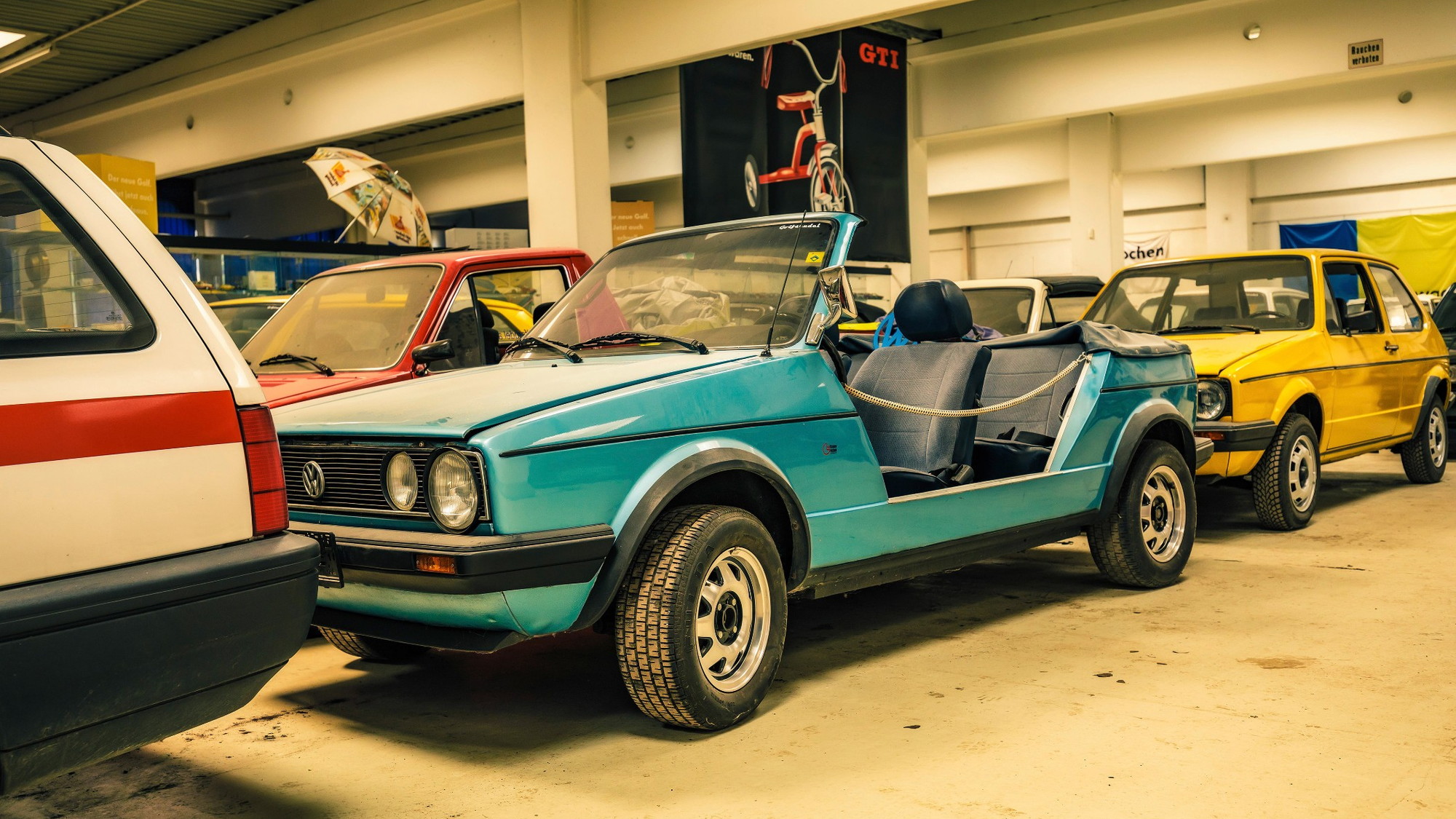 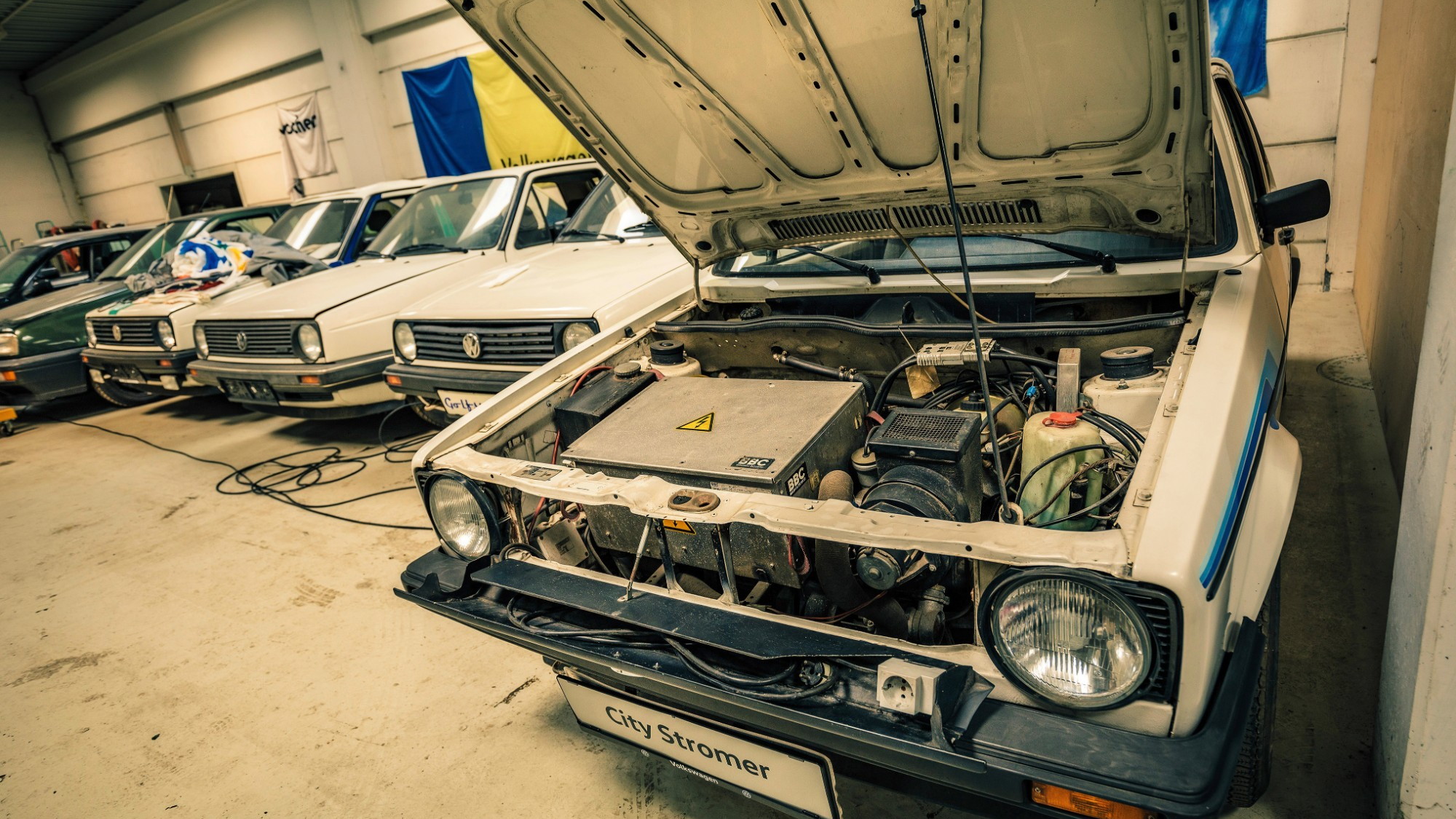 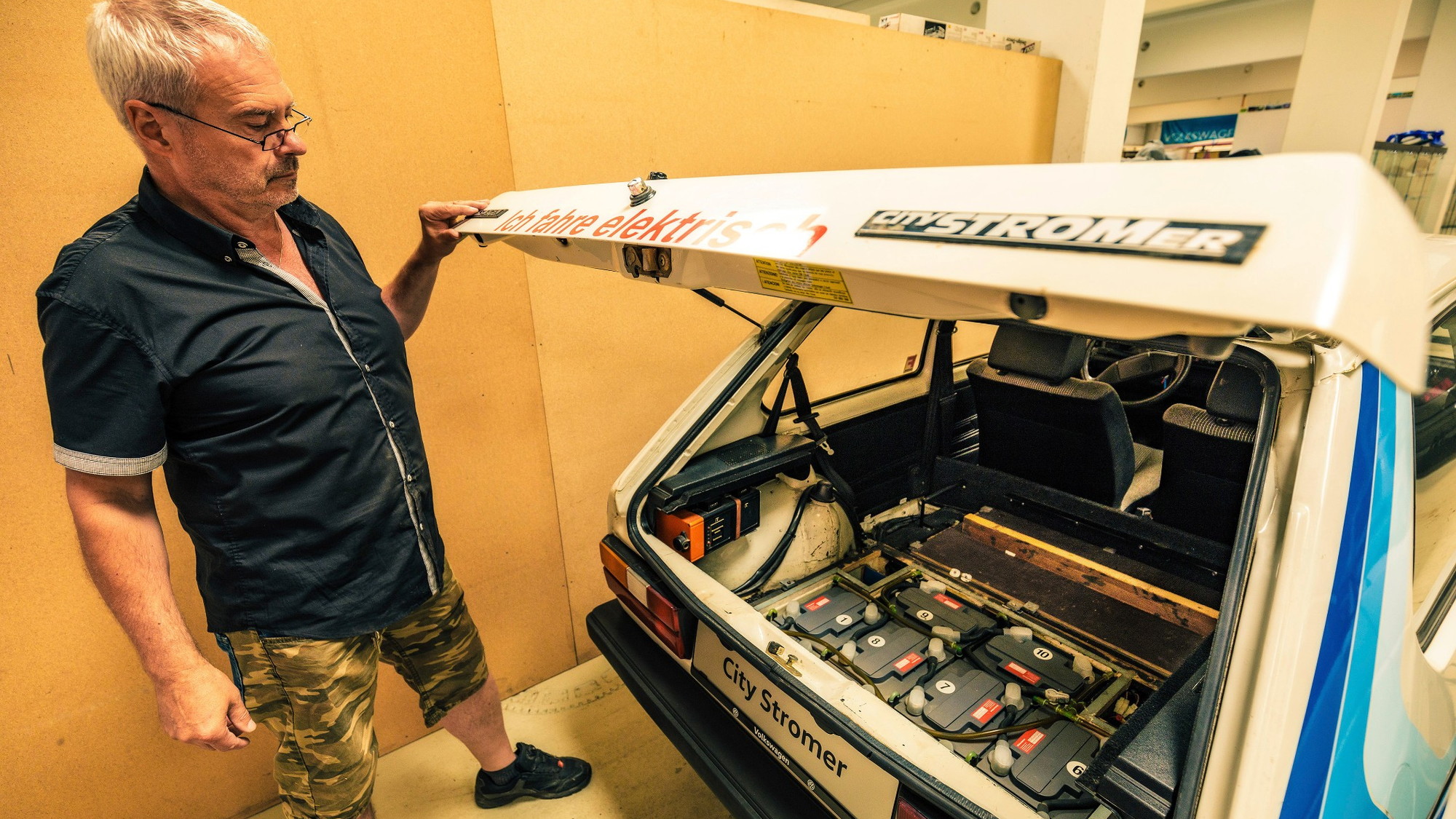 “When I sat in a Golf for the first time I just had the feeling that this car had been built for me alone," he said in a statement. "The seat position, driving fun, everyday usability—it was all exactly as I like it.”

Juza is a chimney sweep from Austria and he's spent decades amassing his massive collection of Golfs. The first piece of his collection was actually a work vehicle. Juza used a VW Caddy as his work truck but soon found more Golf variants winding up in his care. From standard Golfs to extreme versions you've likely never seen before, Josef has a Golf for seemingly any occasion.

Two of Juza's Golfs lived a life as a pair of stair cars built for the Bremen airport. Another pair of Golfs served as early electric vehicles packing gel-electrolyte batteries, and they were dubbed the CitySTROMer I and II. But one of the rarest members of this massive Golf family is Josef's pre-production example from 1974. It's fitted with a forward-sliding door, and you're likely to never see another example.

Our favorite of the lot? It has to be the Golf G60. Just 71 examples were produced and all of them were hand-built by Volkswagen Motorsport. Under the hood sits a 207-horsepower supercharged four-cylinder engine.

How does one man take care of a collection this big? Juza is planning on opening a museum to share his collection with fellow Volkswagen fans. But if that doesn't pan out, Juza would rather get rid of all the Golfs then be forced to part with any specific cars.

"I think I would close down the entire collection," he said. "I would prefer to do without all of them than have to choose just a few.”

It's clear that this is a man who has a favorite car.