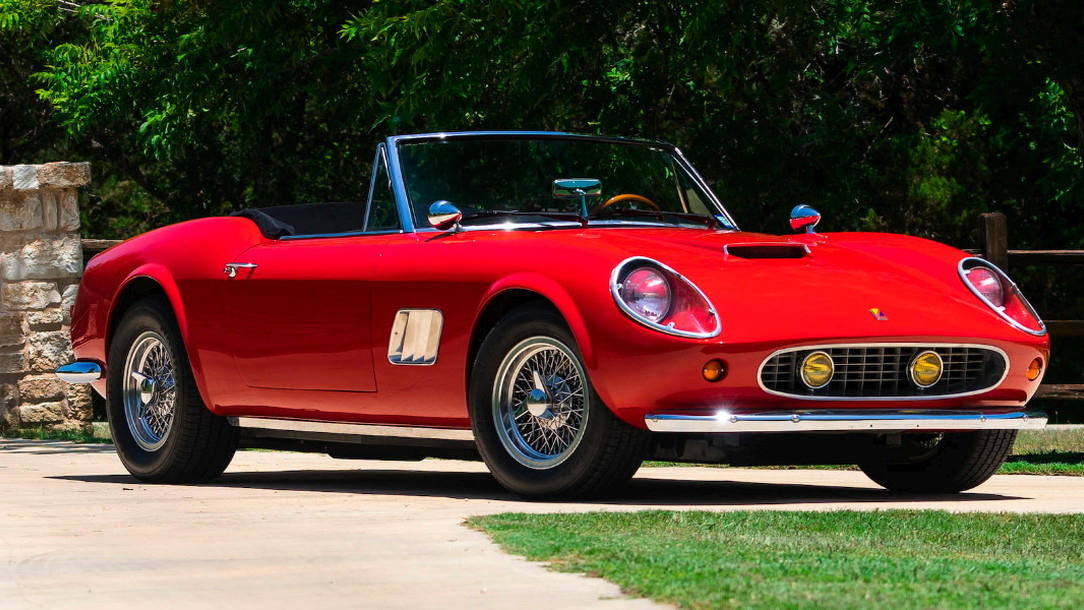 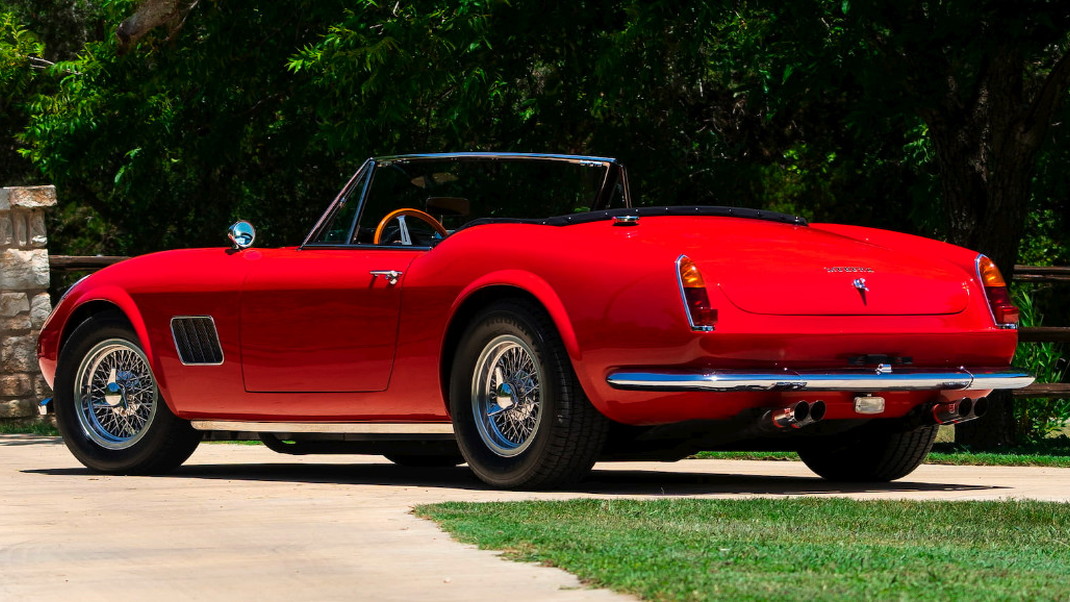 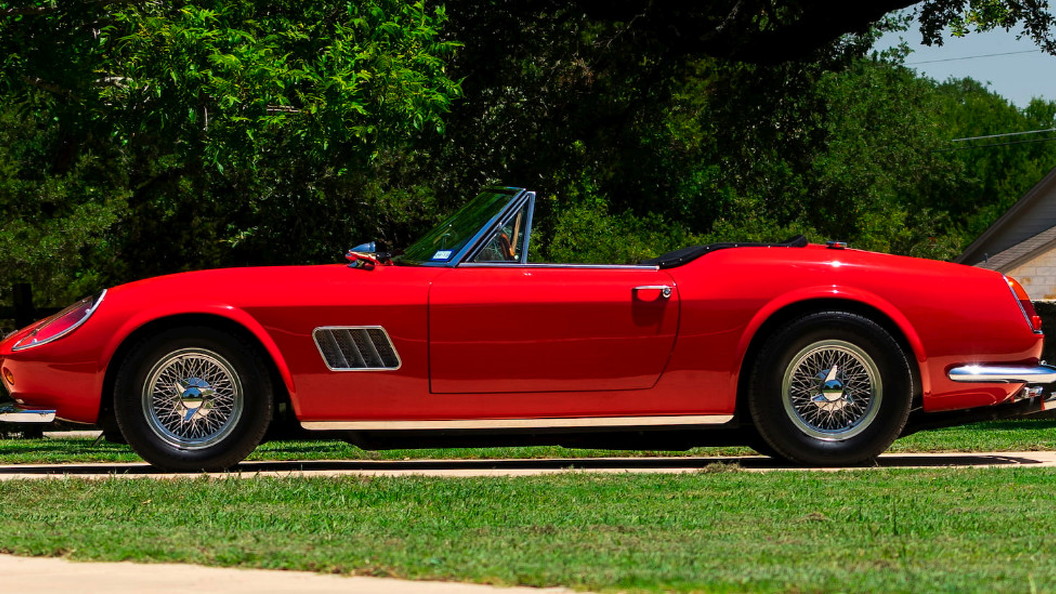 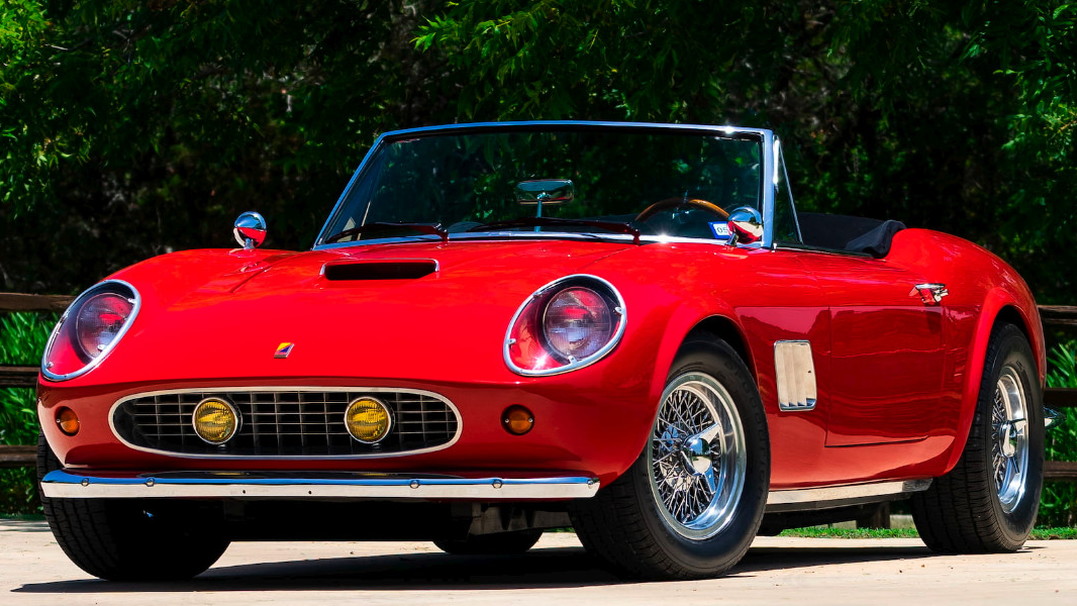 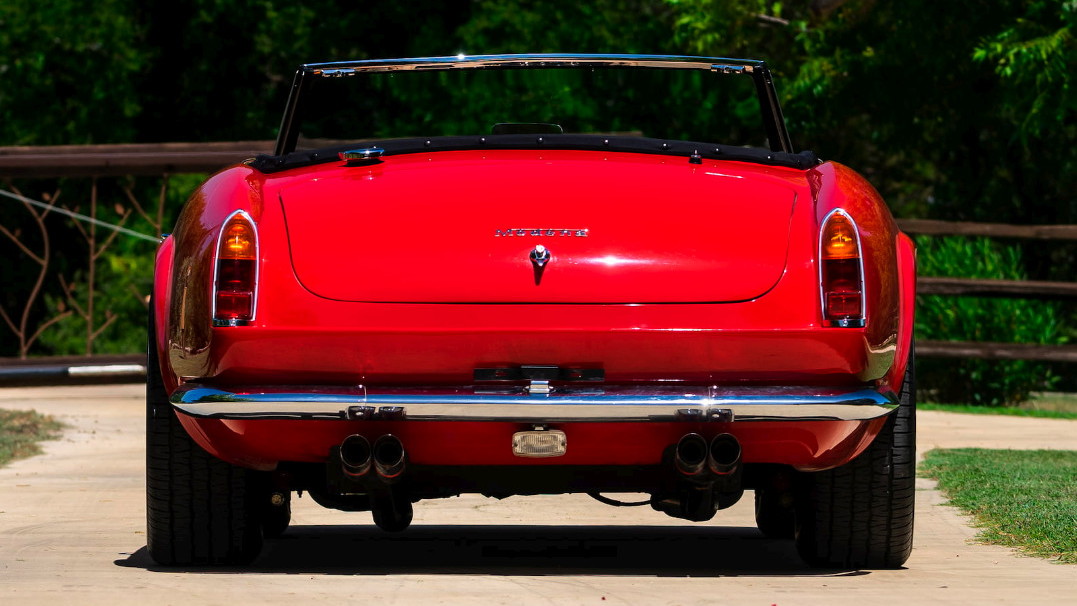 No, it's not a real 1961 Ferrari 250 GT California Spyder. This one has the potential to be more fun than the real deal, because this beautiful red machine is one of three 1985 Modena GTs built for the film "Ferris Bueller's Day Off."

Modena GT did an amazing job replicating the real deal Ferrari, and car number three here is being offered for sale at the upcoming Mecum auction taking place during next month's Monterey Car Week.

How could a fake Ferrari be more fun than the real version? Well for one, if you can afford the tens of millions it now costs to buy an actual Ferrari 250 GT California, you're probably going to be too scared to drive it very often. That 3.0-liter V-12 engine under the hood certainly sings a beautiful song, but it only produces around 275 horsepower. By comparison, the replica boasts a 427 cubic inch V-8 breathing through a quartet of carburetors and roaring forth with 500 horsepower.

That means this Fauxrarri is basically a much better looking Shelby Cobra.

Under the fiberglass body sits a steel-tube frame upon which Ferrari-like elements were attached. The finished product looked great on film, and the three finished cars look fantastic in photographs as well. Well, two of them do at least. The one that took a tragic nose dive out the back of Cameron's garage didn't survive the production process.

A Ferris Bueller replica car was sold back in 2013. The hammer price at auction reached $230,000. We're not sure if it was this car or or the other surviving Modena GT, though this car has yellow foglights versus the clear ones from the prior auction. Regardless, the Ferris Bueller Ferrari replica is a piece of automotive history whether Ferrari likes it or not.

In fact, the Smithsonian has inducted it into its Historical Vehicle Association Hall of Fame. It's just the 22nd vehicle to receive that honor. That doesn't mean it's now worth millions, but it's not going to be cheap to win at auction either.

If you have the means though, we highly recommend picking this one up. Monterey Car Week runs from August 18-26 and concludes with the prestigious Pebble Beach Concours d'Elegance. For more coverage, head to our dedicated hub.