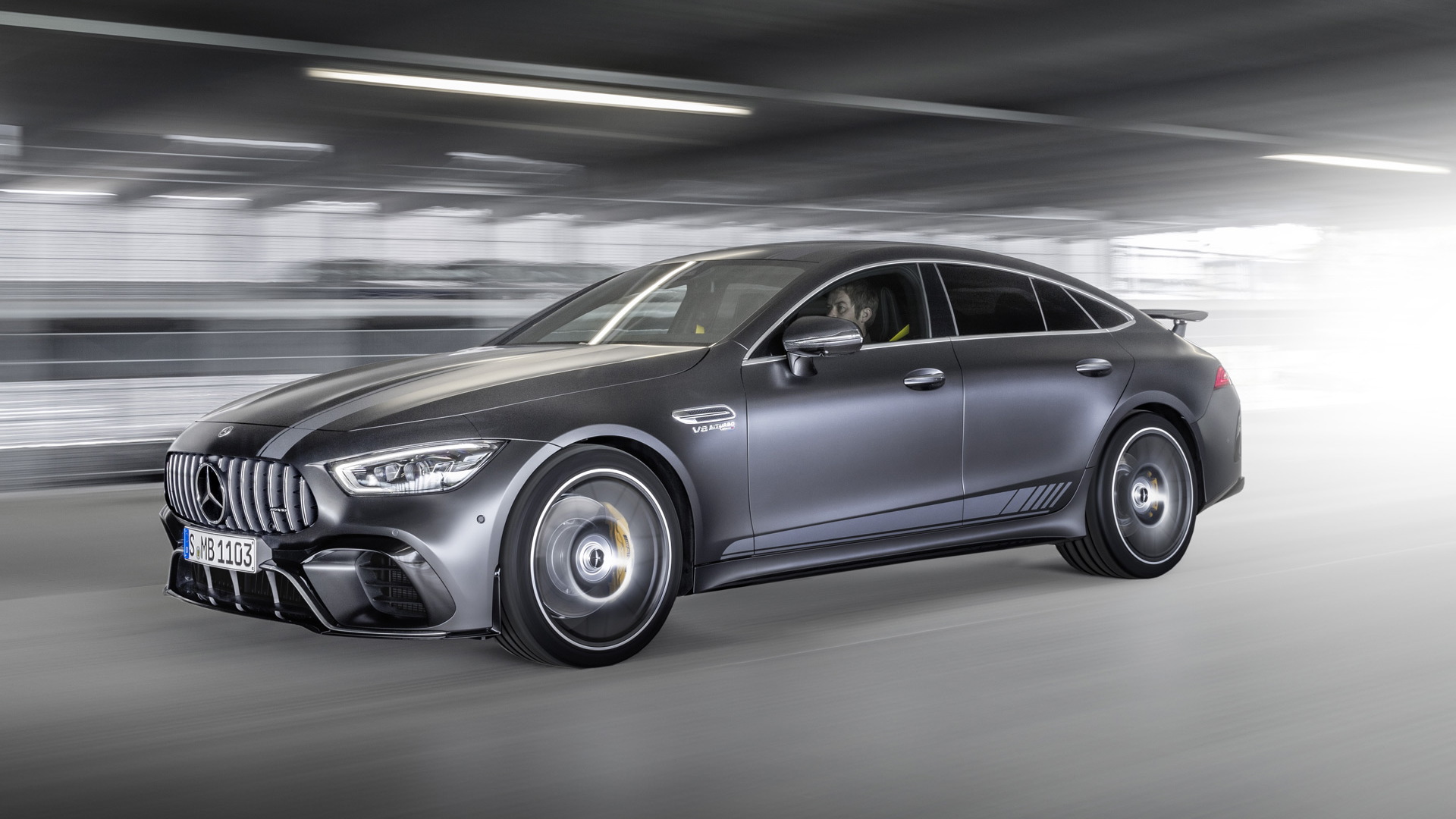 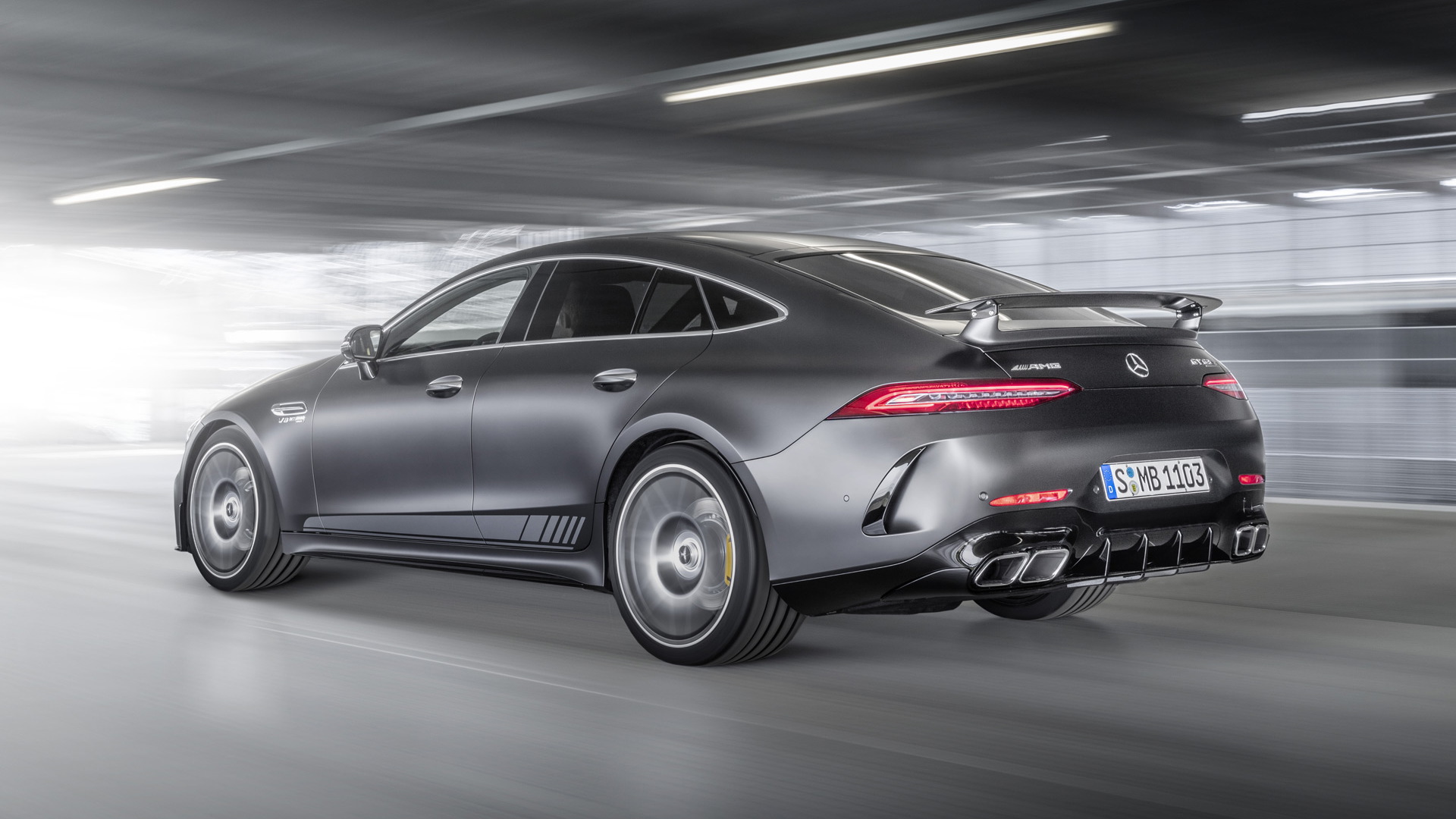 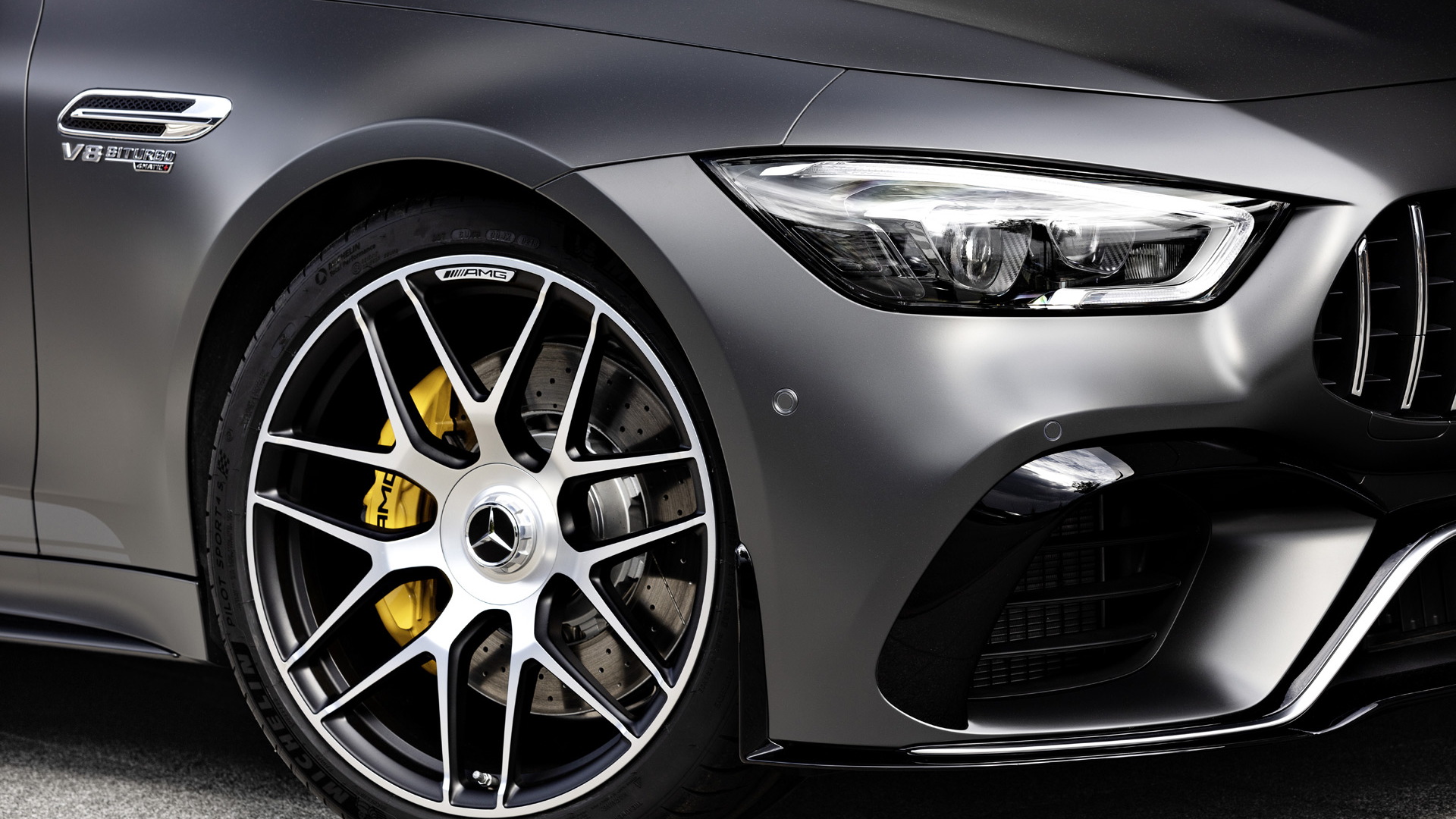 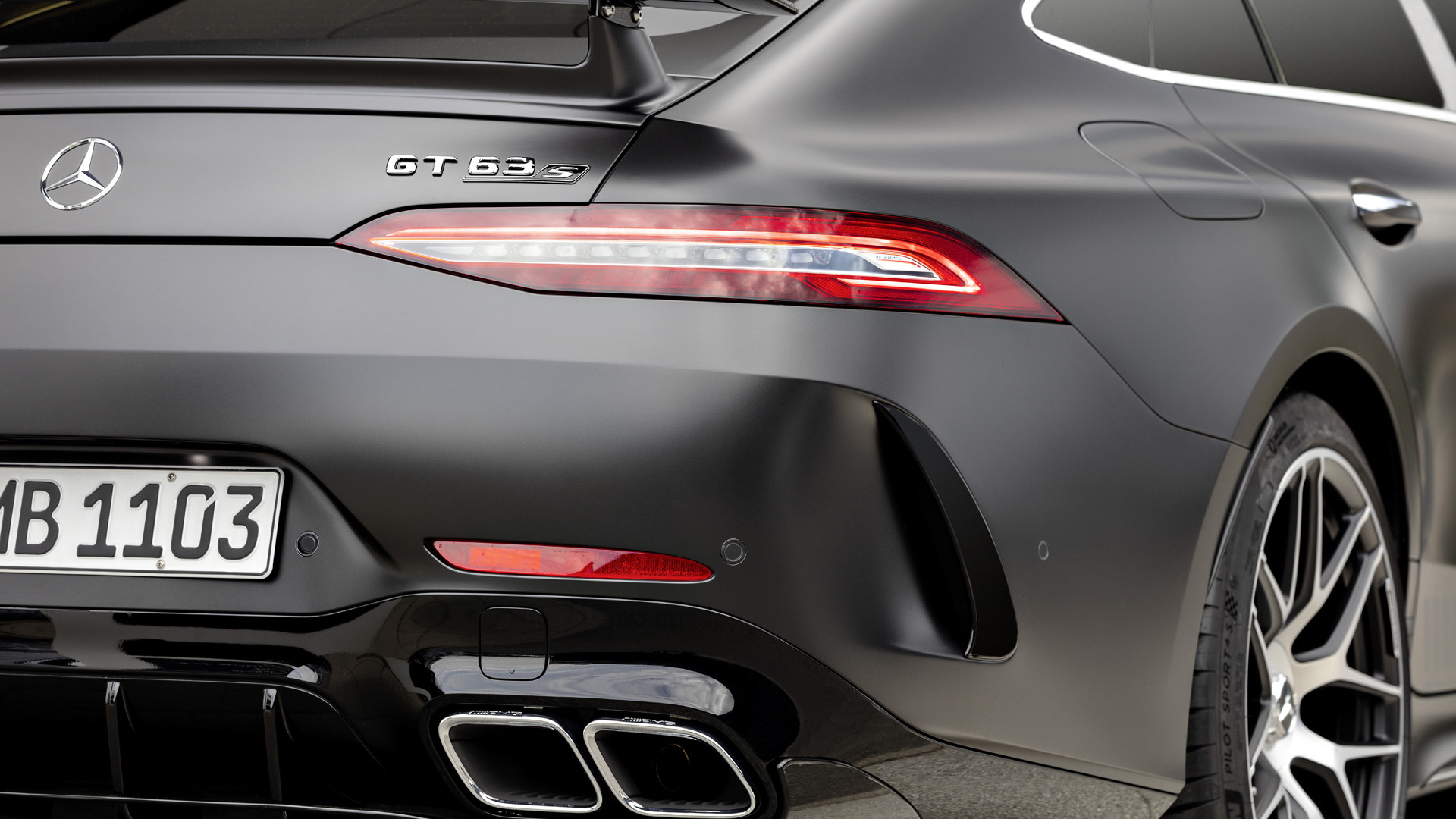 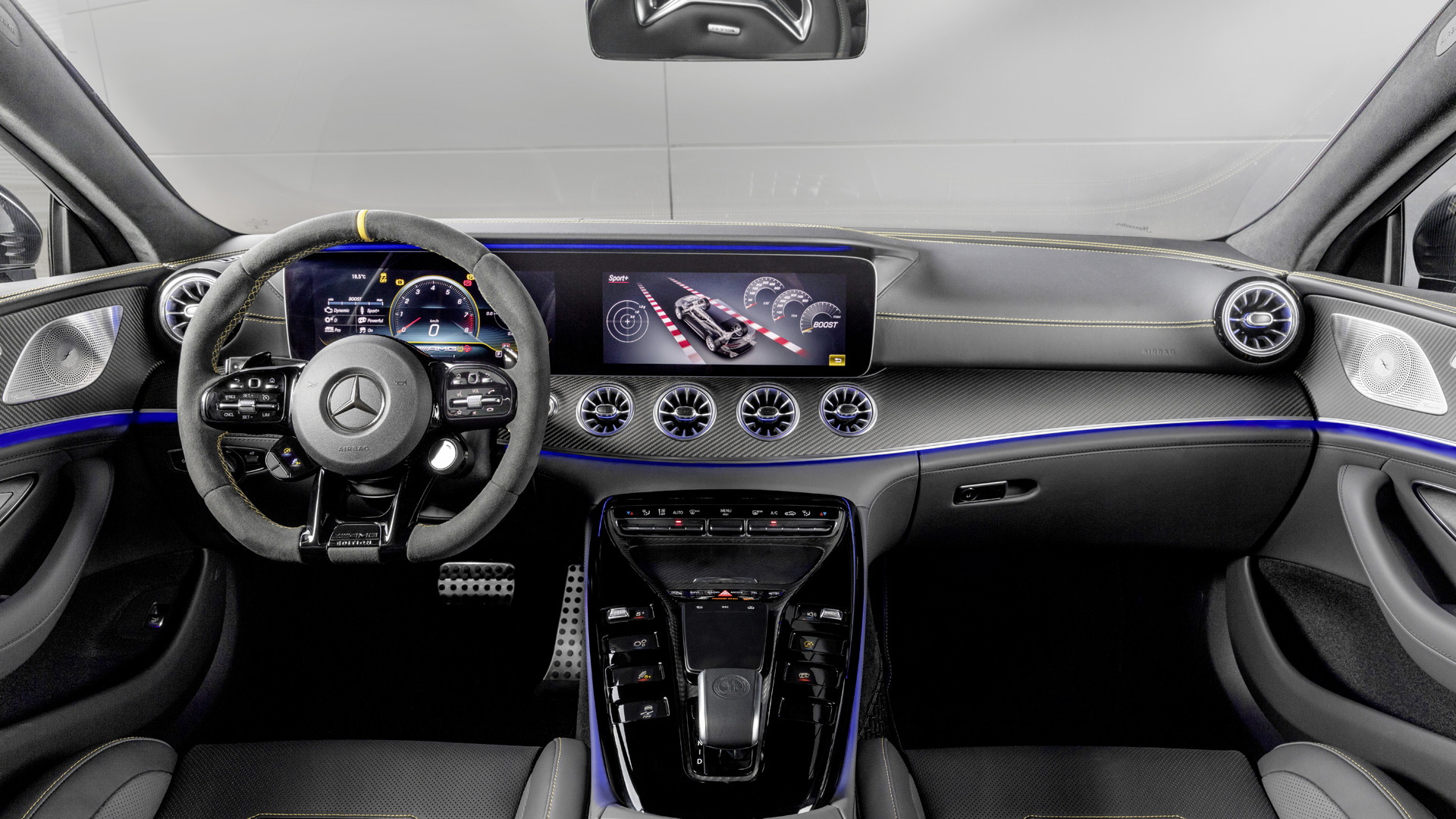 Mercedes-AMG's new super sedan, the GT 4-Door Coupe, is ready for its market launch and to mark the occasion the Affalterbach tuner has revealed a special launch edition.

Dubbed the Edition 1, the car is based on the GT 4-Door Coupe's range-topping 63 S model and features exclusive interior and exterior treatments.

It will be shown to fans this weekend at the 2018 24 Hours of Nürburgring (where several AMG GT3 race cars will compete), ahead of the start of sales in Europe this summer. AMG's sexy fastback sedan isn't due to start sales in the United States until early 2019, however.

For the exterior, the designers added the GT 4-Door Coupe's available aerodynamics package as well as a racing stripe on the car's flanks. There's also the super sexy Graphite Gray Magno paint work and a set of 21-inch forged alloys with black accents.

The aero package is actually functional, with AMG boasting it both lowers drag and boosts downforce. Included in the package is a larger front splitter that works with a series of flaps in the front bumper that close off at high speeds to boost downforce. Rounding out the aero package are subtle flics in the front bumper, a more aggressive rear diffuser, and an extended rear wing with manual adjustment for the angle.

There isn't any extra performance on tap so the 4.0-liter twin-turbocharged V-8 under the hood still belts out 630 horsepower and 664 pound-feet of torque like in all 63 S models. That will get you to 60 mph in 3.1 seconds and on to a top speed of 195 mph. All GT 4-Door Coupe models are fitted with a 9-speed automatic and all-wheel drive as standard.

AMG plans to stagger the launch of the GT 4-Door Coupe in the U.S. Arriving in early 2019 will be the 63 and 63 S V-8 models and by the middle of that year we'll see the 53 mild-hybrid inline-6 model join the fold.