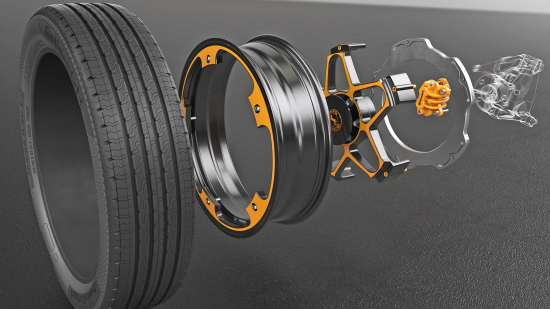 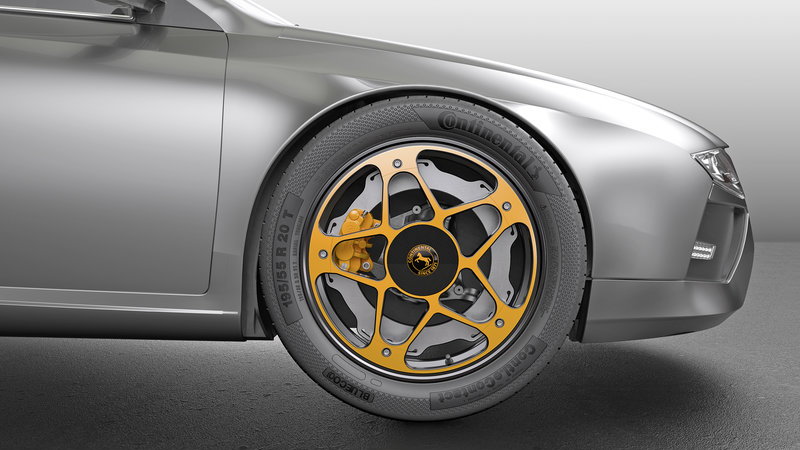 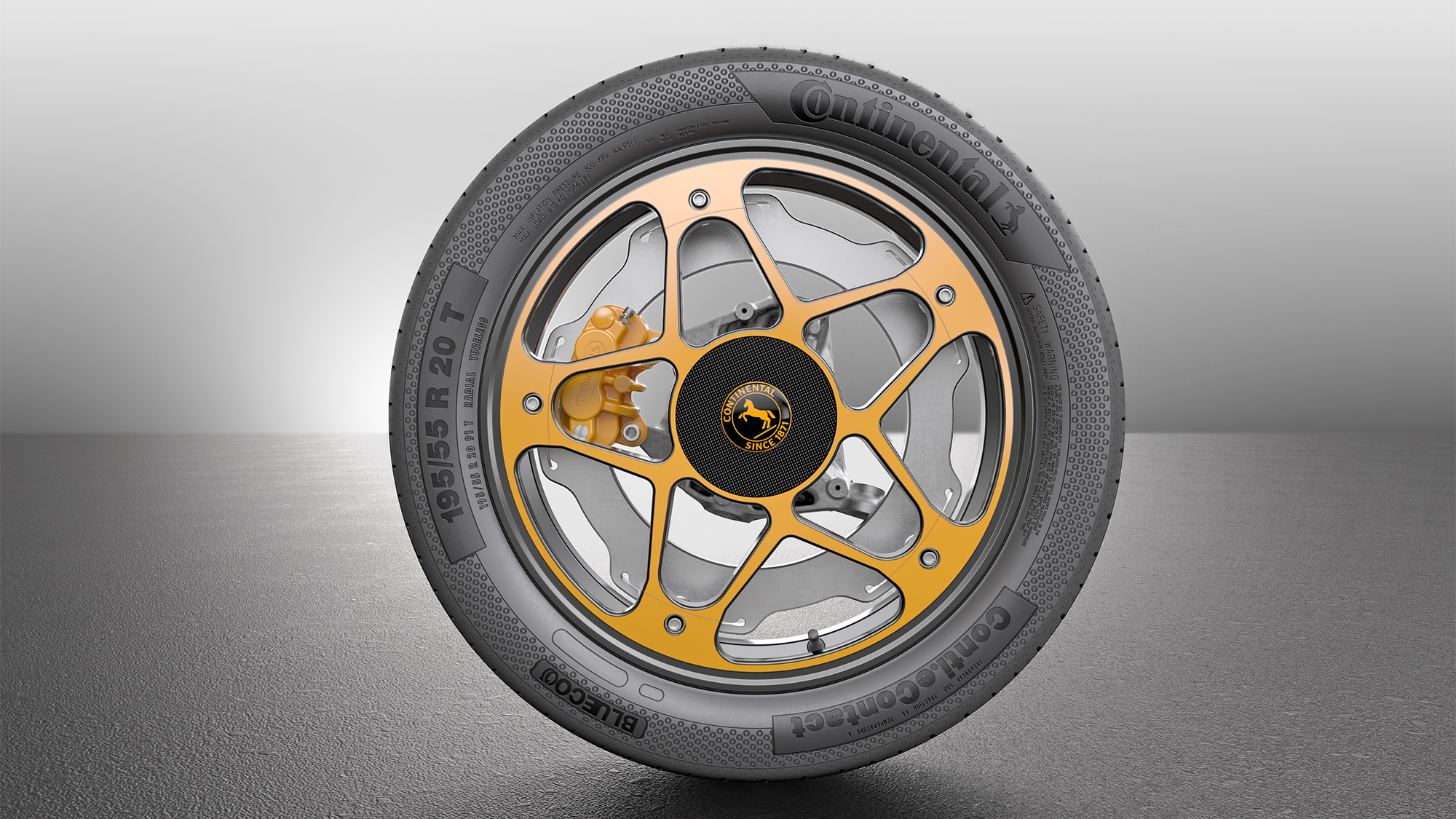 Continental has showcased a prototype for a way to boost the braking efficiency of electric cars. Dubbed the "New Wheel Concept," Continental engineered the system to help maximize regenerative braking and create an easier-to-maintain braking system.

The concept uses an inner carrier, brake rotor, and wheel made of aluminum, to keep weight down. The system uses an aluminum star and brake caliper that bolt to the axle hub, plus an outer rim and large brake rotor that bolt to the star. The rotor fits around the inside circumference of the rim, giving it a larger diameter to allow use of a smaller and lighter caliper that clamps from the inside out. Standard disc brakes use a disc mounted to the hub, not the rim, and a caliper that clamps on the outside of the brake disc.

The conceptual system is intended to harness as much energy as possible through regenerative braking, with less emphasis on the wheel brakes themselves, which are used much less in electric cars.

We'll learn more about Continental's conceptual wheel and brake construction next month: the company plans to display the concept at the 2017 Frankfurt motor show.