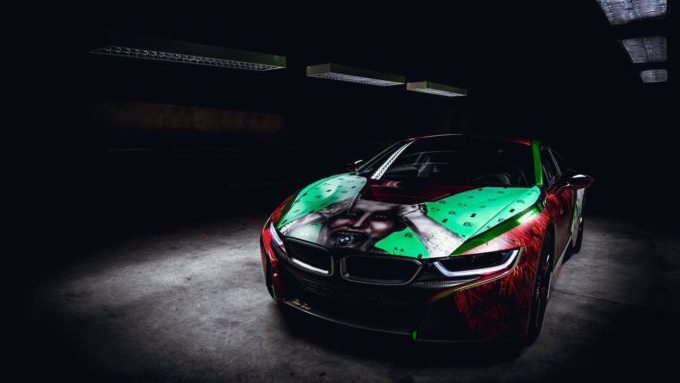 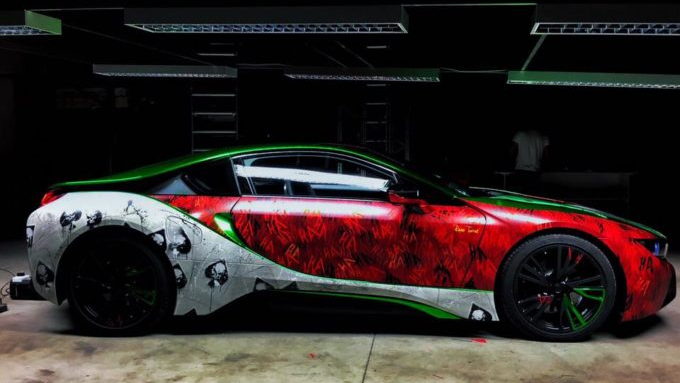 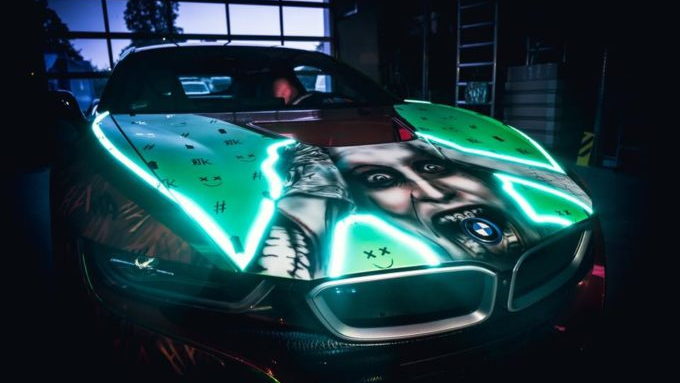 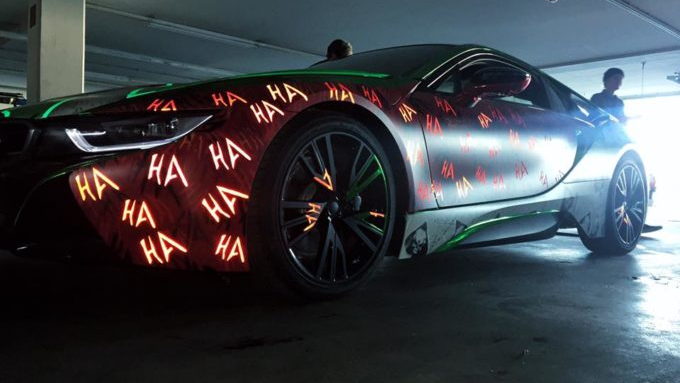 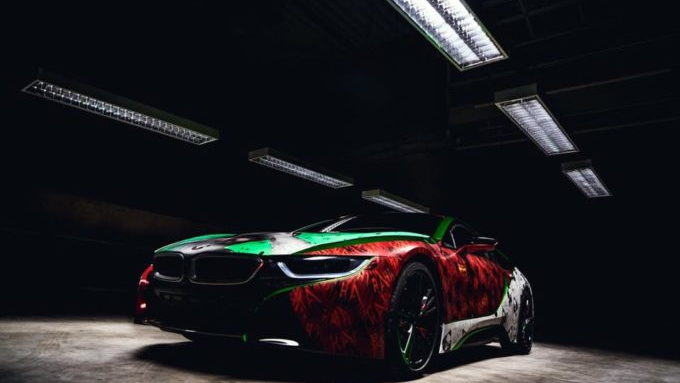 The film itself, for some, was a bit of a letdown. There's no denying, however, that Jared Leto's interpretation of Batman's preeminent foe in "Suicide Squad" was quite over the top. He reportedly fell rather deeply down a rabbit hole with his portrayal of The Joker, which is surprising given the percentage of screen time the character ultimately received. Nevertheless, he made an impact on some folks. One such person is artist Rene Turrek.

Turrek has plied his painting skill to cars before, with unique visions of the Ford Mustang and Lamborghini Aventador. Now he combines a clear love of comic books and film with the lines of the shapely BMW i8. This is a ride that The Joker himself might have considered suitable transportation were he on the lookout for a plug-in hybrid vehicle.

The car Turrek built and painted is appropriately over the top. There are LED lights running through lines on the hood that glow green and help the lines pop. On the sides, glow-in-the-dark lettering shows The Joker's "HA HA" catchphrase. It's a eye-catching effect that draws you deeper into this rolling work of art.

Now, just like the movie wasn't everyone's cup of tea, this car may be viewed in the same light. If you look at it as a means of transportation with a wacky paint scheme, you're going to hate it. If you realize it's a fun take on a BMW art car, then you have something enjoyable here.

Rene Turrek is quite skilled at pulling off new ways of working paint onto the body of a car. We expect to find folks cribbing his techniques at future SEMA shows for years to come.