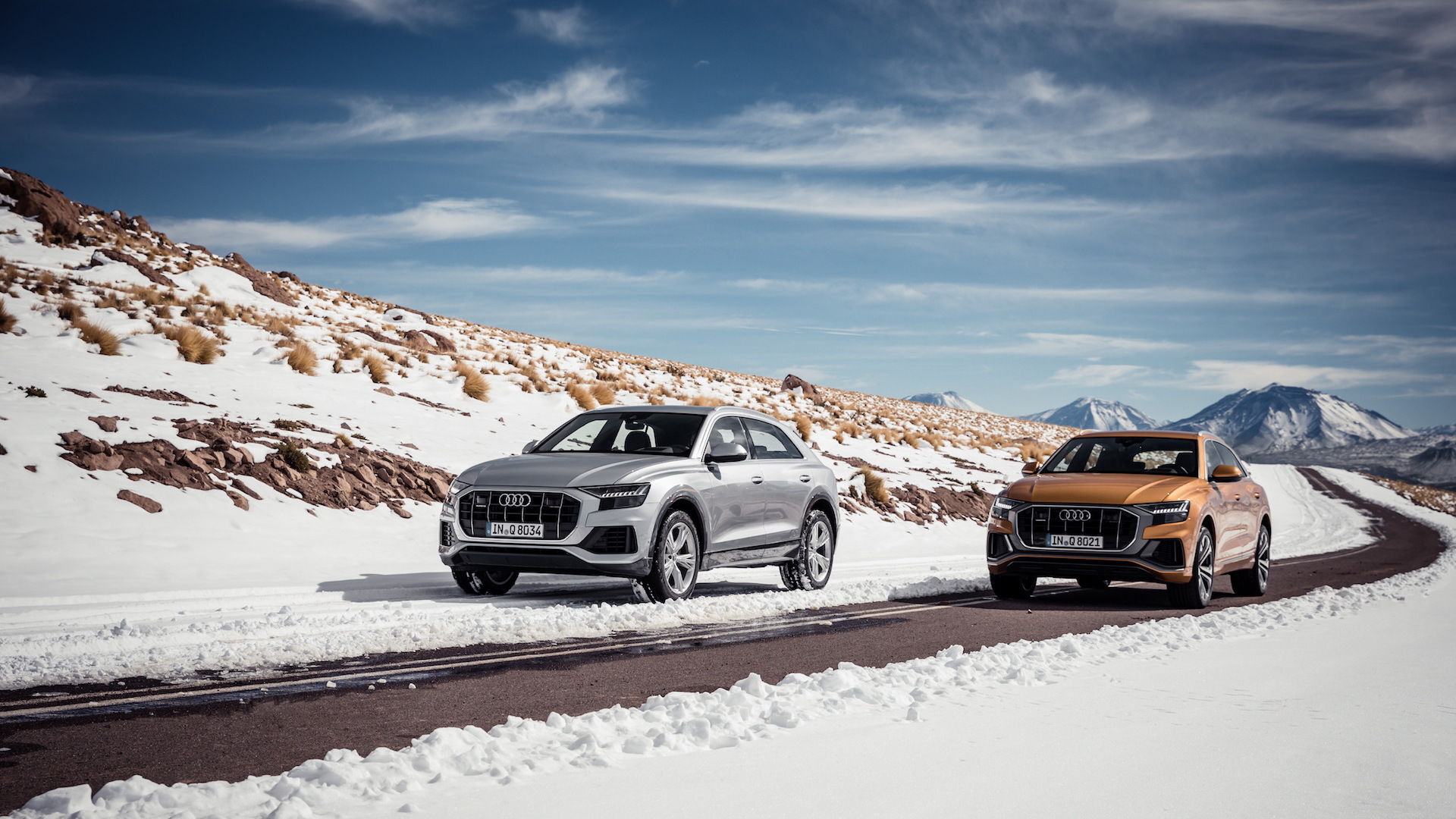 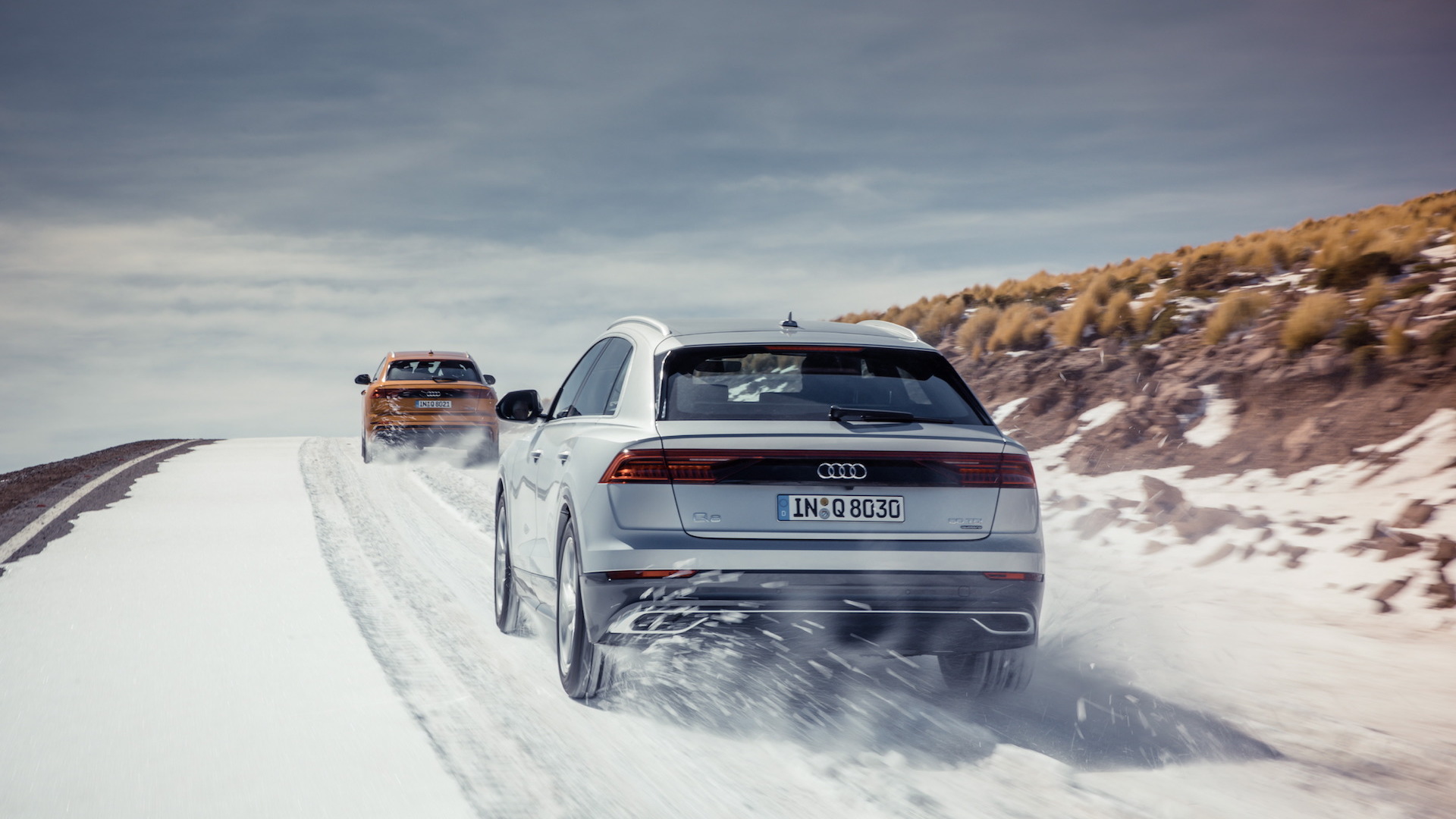 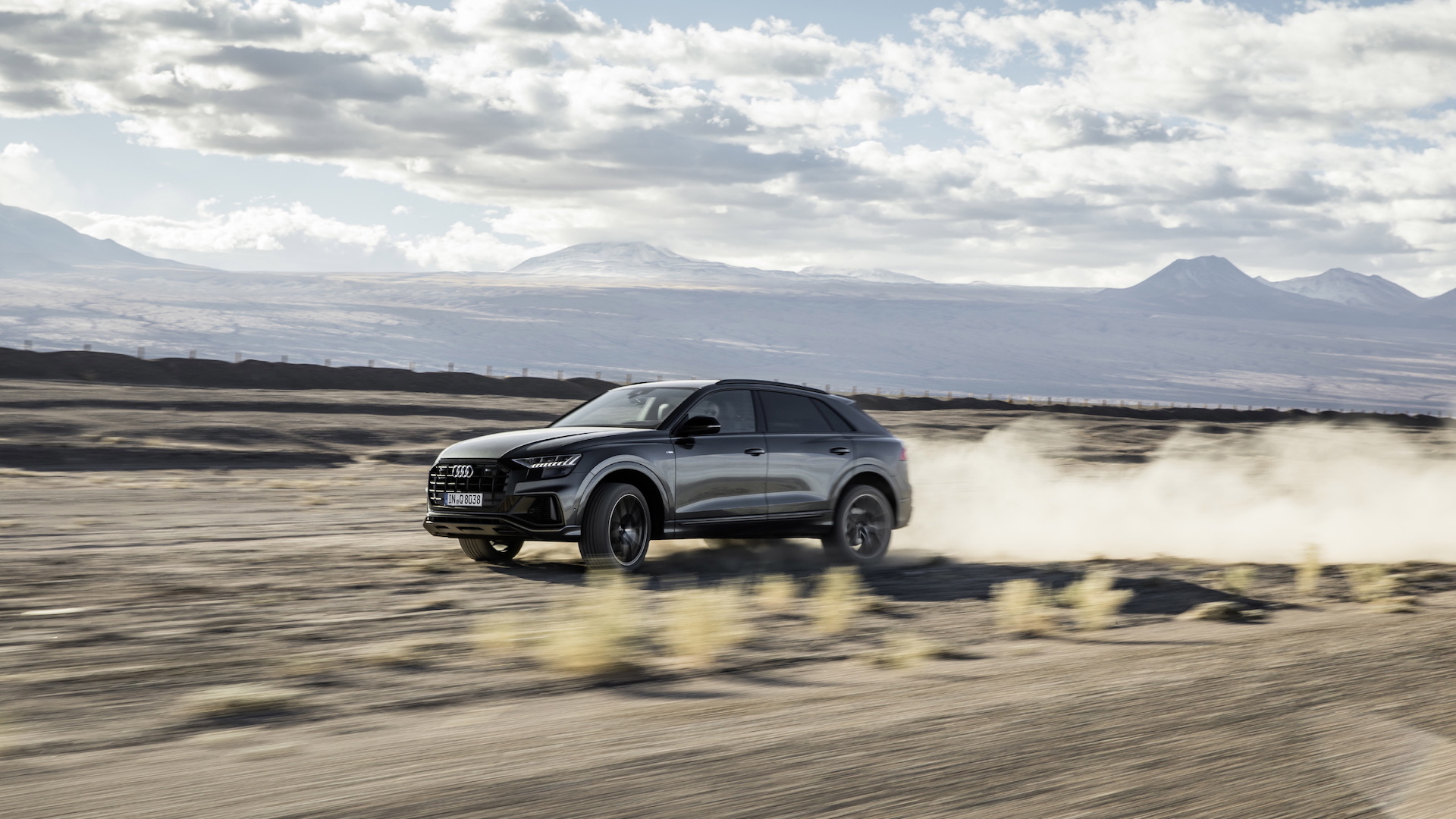 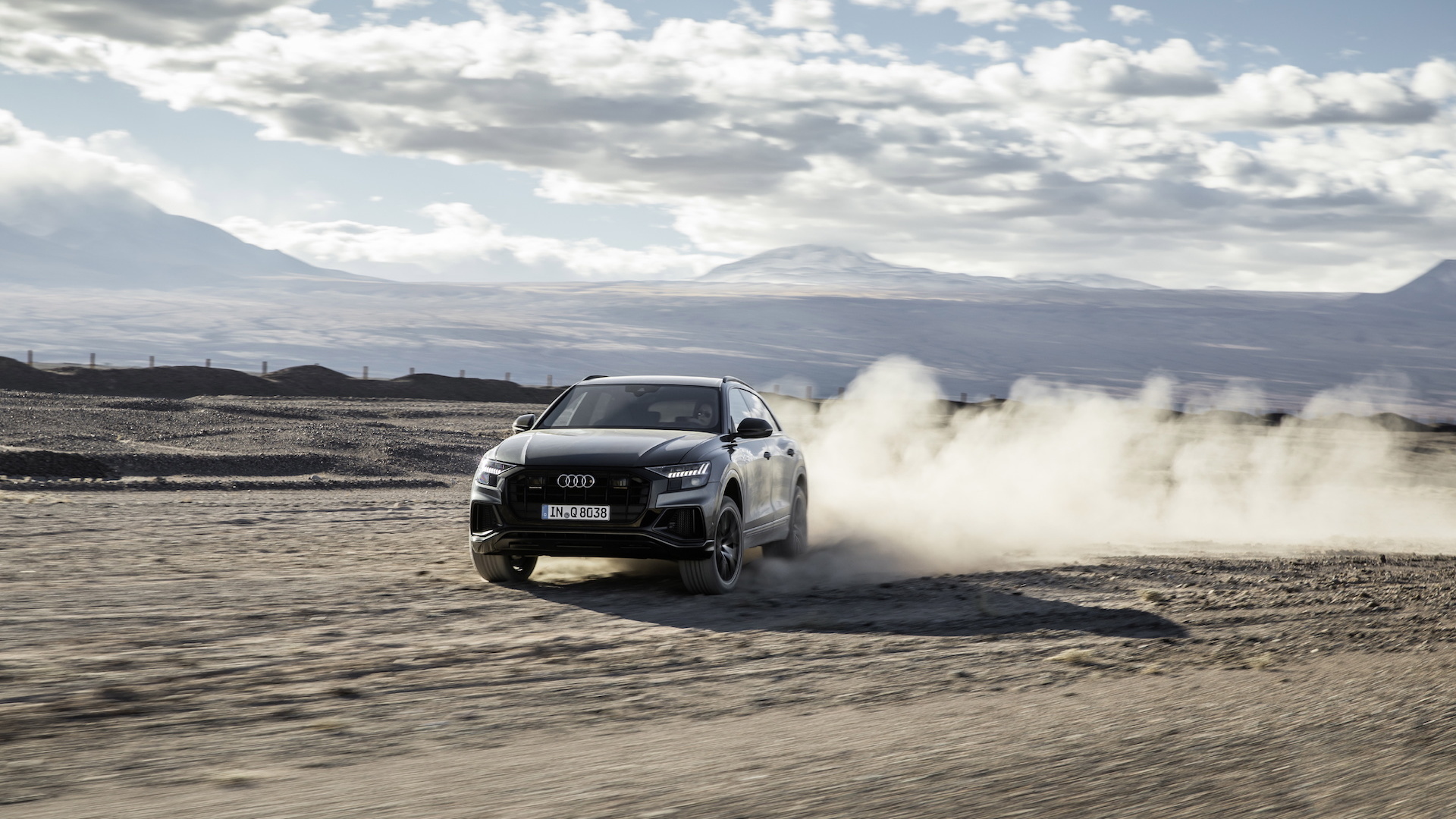 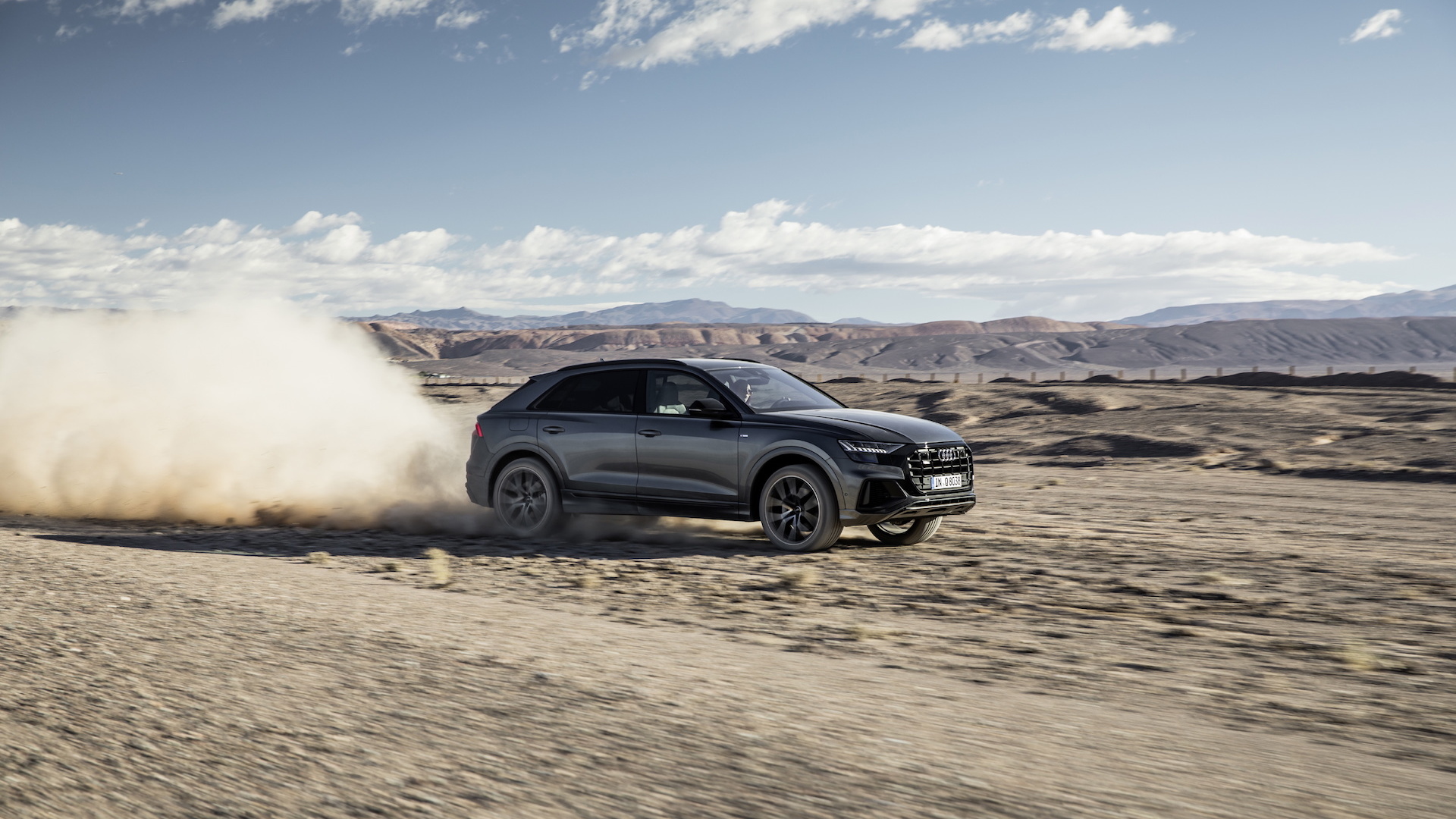 Audi has a new flagship SUV in the form of the 2019 Q8. It's a mid-size offering with coupe-like styling, making it an alternative to vehicles like the BMW X6 and Mercedes-Benz GLE Coupe.

Among the standard features of the Q8 in base trim, referred to as the Q8 Premium, are LED head and taillights, adaptive suspension, a driving modes selector, a 12.3-inch digital instrument cluster, a 10.1-inch infotainment screen, and an 8.6-inch screen for climate and secondary controls. Apple CarPlay and Android Auto smartphone integration, along with leather trim and 20-inch wheels are also standard. 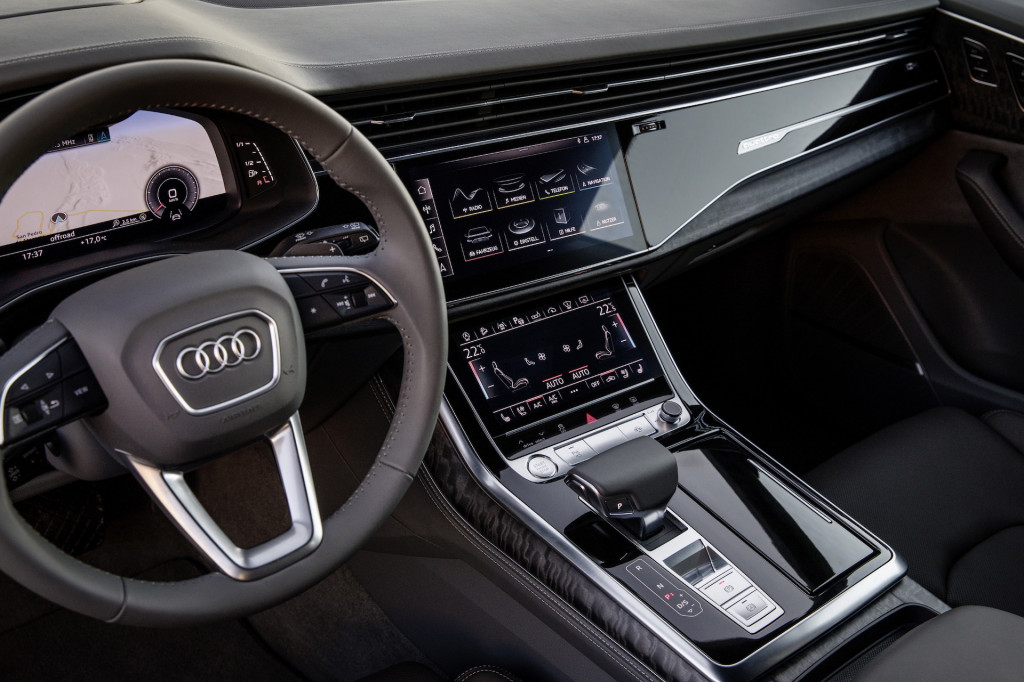 Further up is a Q8 Premium Plus starting at $72,395. This trim adds 21-inch wheels, a wireless smartphone charger that doubles as a 4G LTE signal booster, a Bang & Olufsen audio system, blind-spot monitors, and reverse automatic emergency braking.

And at the top of the range is the Q8 Prestige trim for $77,545. It also features 21-inch wheels, plus a head-up display system, and a few other items. Audi notes that 22-inch wheels are available.

Audi is also offering a Year One package on the Q8 for its first year on the market. The package includes 22-inch wheels, a black optic exterior kit with roof rails and black grille surround, plus sporty S-Line bumpers, fender badges and door sills, and red brake calipers. 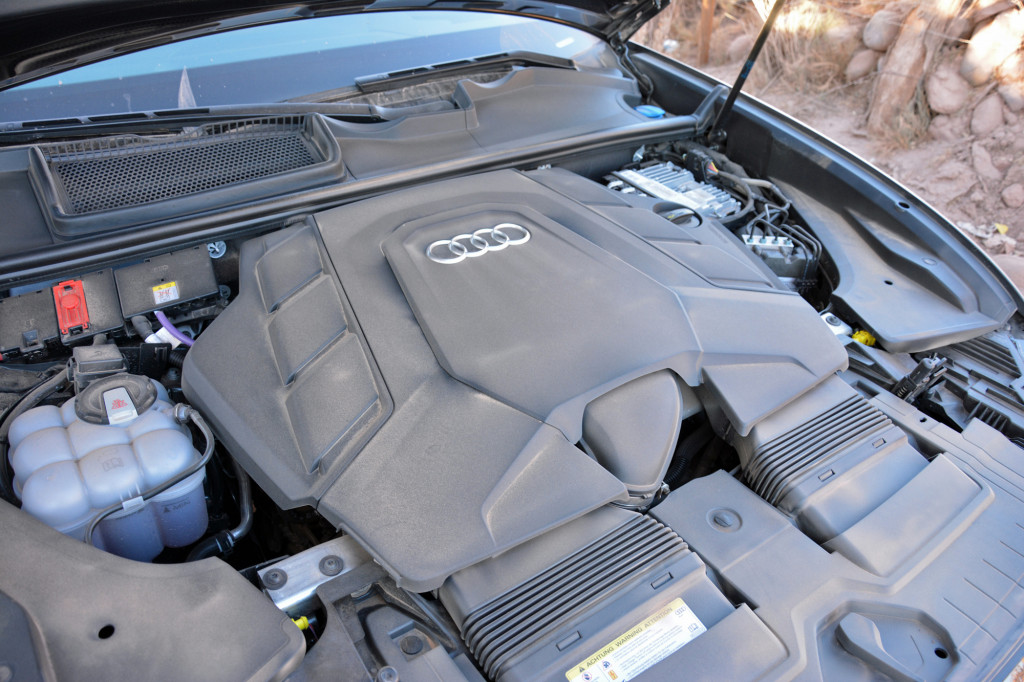 There's only one powertrain at launch, a 3.0-liter turbocharged V-6 that generates 335 horsepower and 369 pound-feet of torque. It's paired with an eight-speed automatic and all-wheel drive as standard. It's also paired with mild hybrid technology, in this case a belt-driven motor generator that acts as the starter motor and can aid the engine during high loads. The combination is good for 0-60 mph acceleration in 5.6 seconds.

More powerful—and pricier—versions are in the pipeline. They include an SQ8 and RS Q8, with both likely to come with V-8 engines paired with electrification technology.

Production of the Q8 takes place at the Volkswagen Group plant in Bratislava, Slovakia, where Audi also builds the related Q7. Deliveries in the United States are expected to commence later this year.