Since the modern Ford GT was first shown at the 2015 Detroit auto show, the Blue Oval has been shy about revealing just how much its marvelous supercar costs.

However, a window sticker has finally revealed how much the GT actually costs for those fortunate enough to be deemed worthy of ownership. The window sticker actually comes from none other than Jay Leno, the owner of car number 12 in the production run. 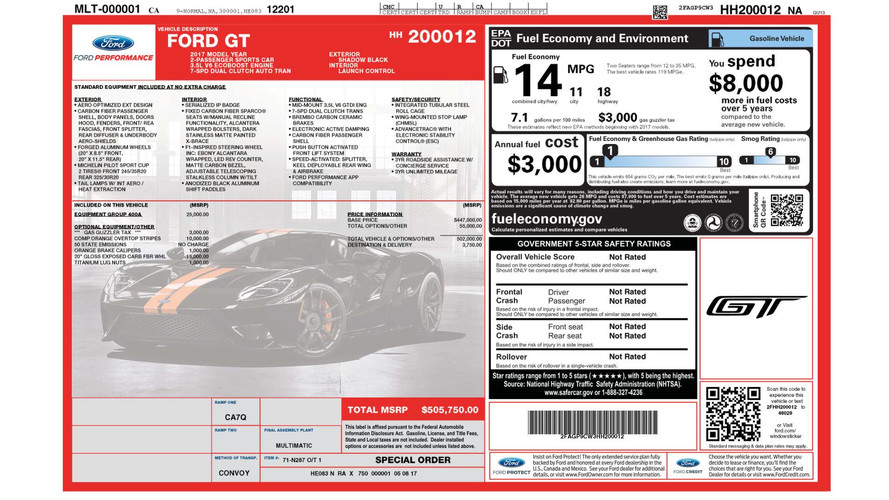 Leno's GT features Equipment Group 400A, a $25,000 option. However, it's unknown what the package includes, though it may be the charge for the Launch Control interior which features an Ebony and Orange leather theme, among other touches. Additionally, the car is equipped with 20-inch carbon fiber, gloss-finished wheels ($15,000), titanium lug nuts ($1,000), and orange brake calipers ($1,000). The final sum comes from Leno's choice of exterior colors: black with orange stripes. That color combo cost $10,000 extra.

The 2017 GT hardly represents a value proposition, but with exclusivity comes high prices. Ford has committed to four years of GT production with 250 cars built in 2017 and another 250 built next year. It's unclear how many cars will be built in the final two years. Currently, all 500 build slots have been filled, but Ford will open a second round of buyer applications in the near future.