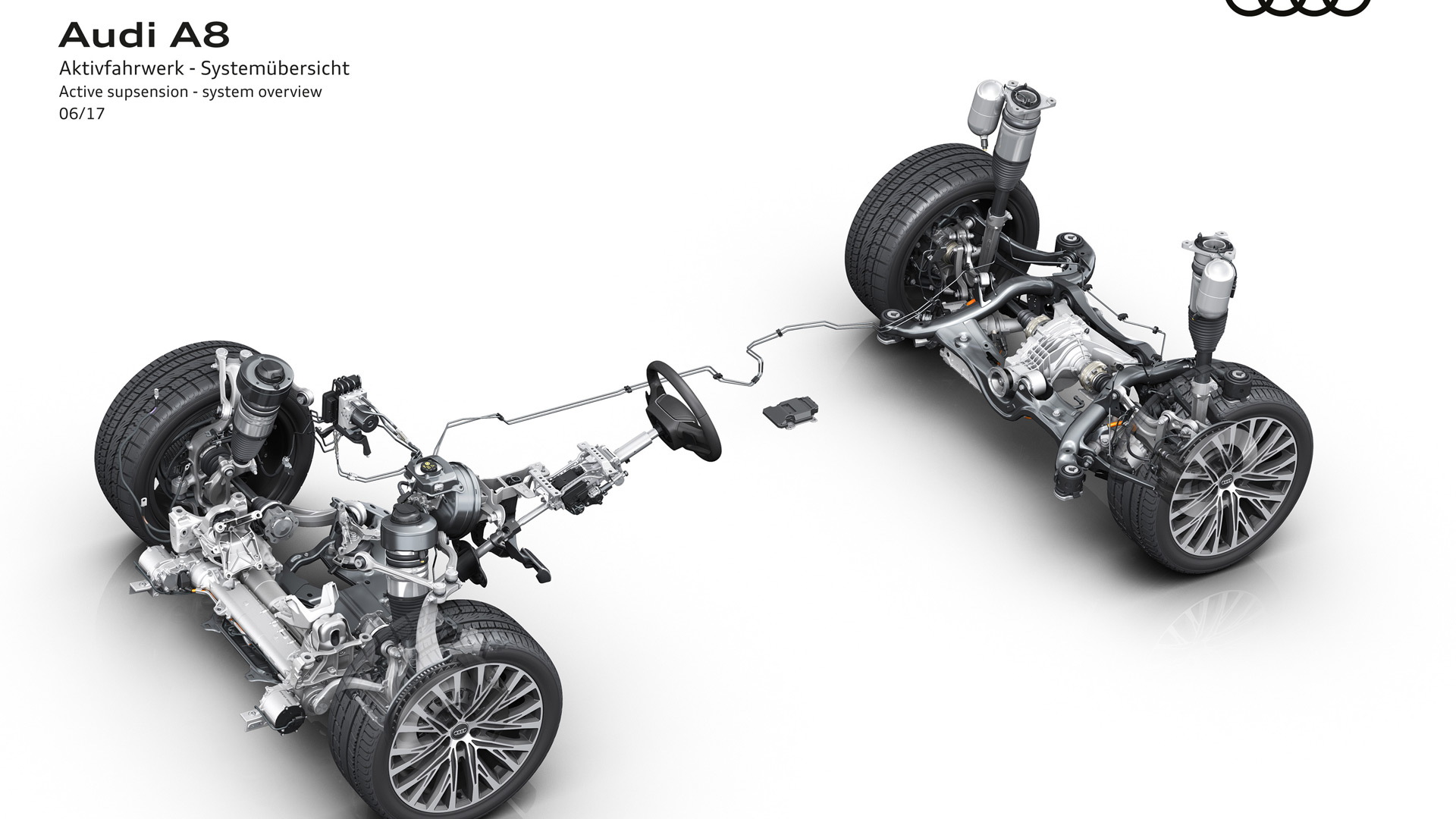 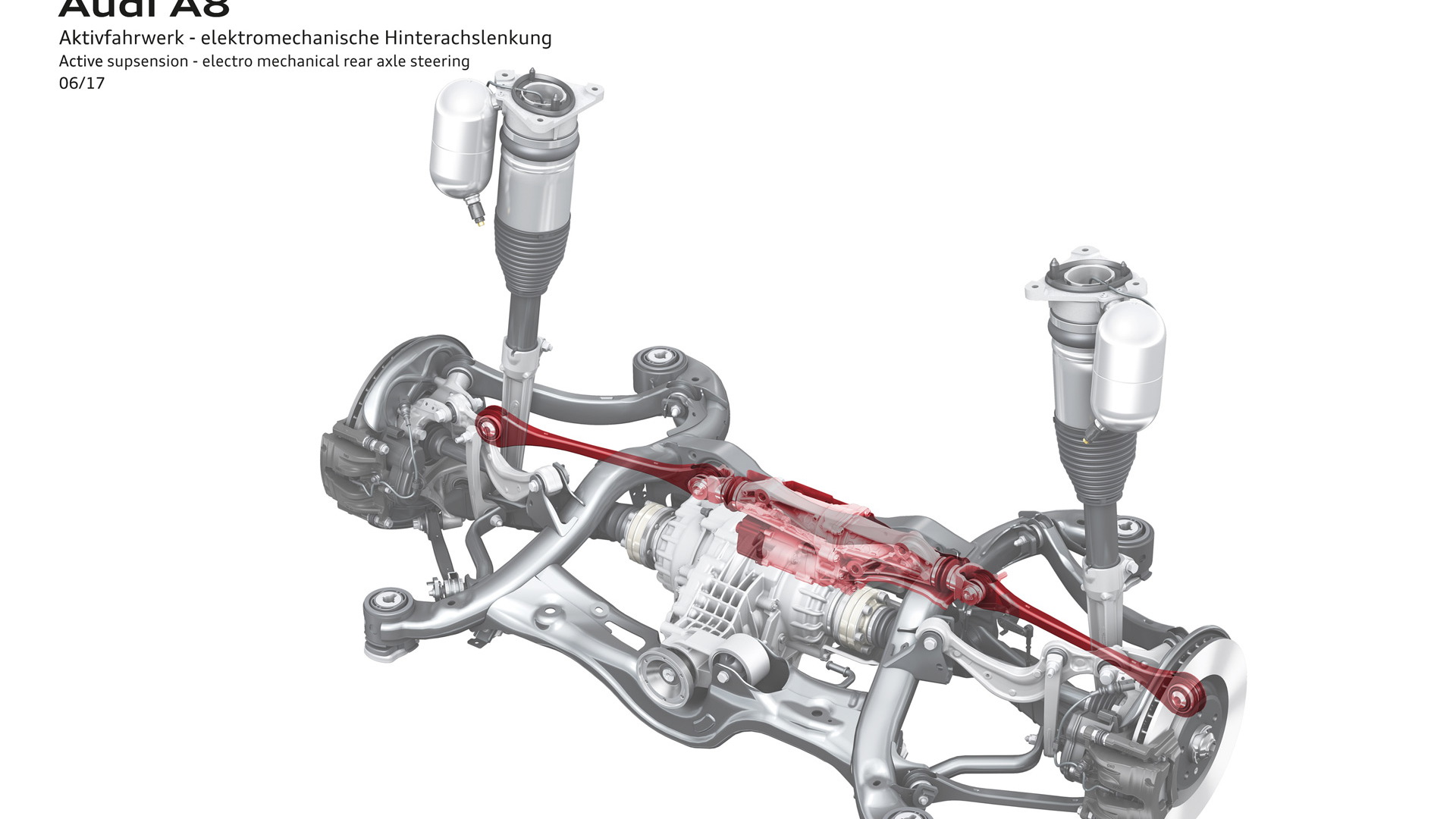 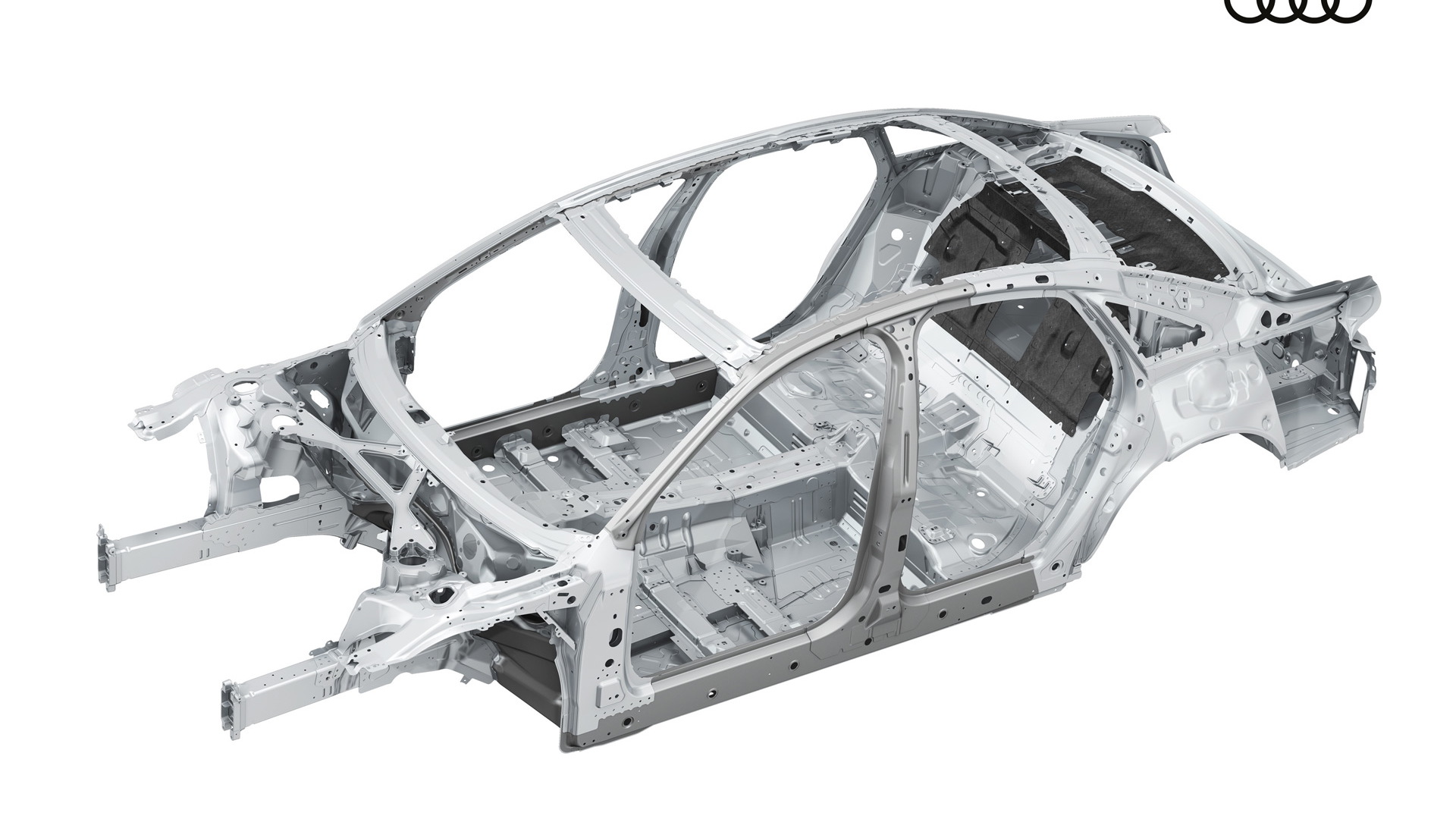 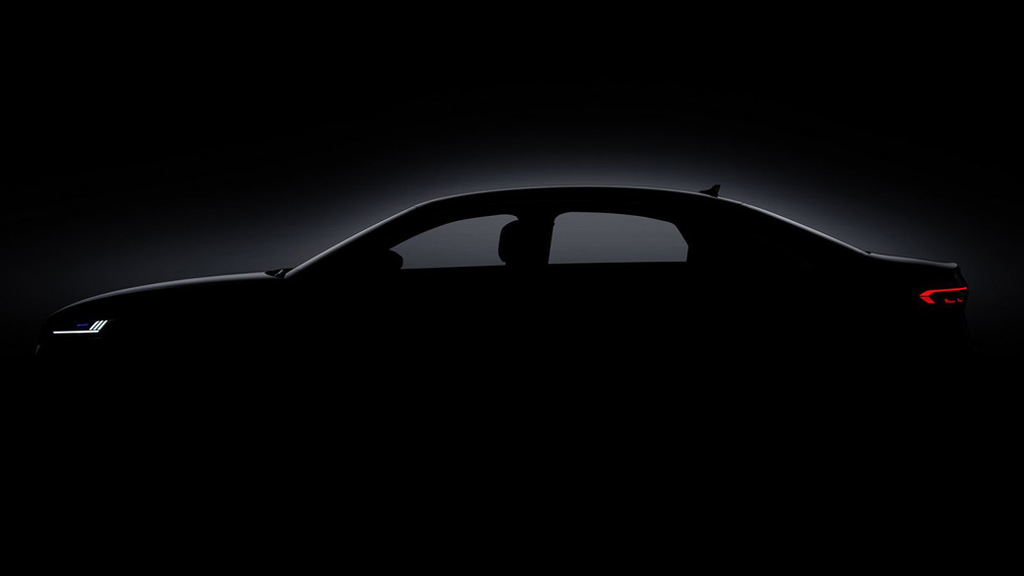 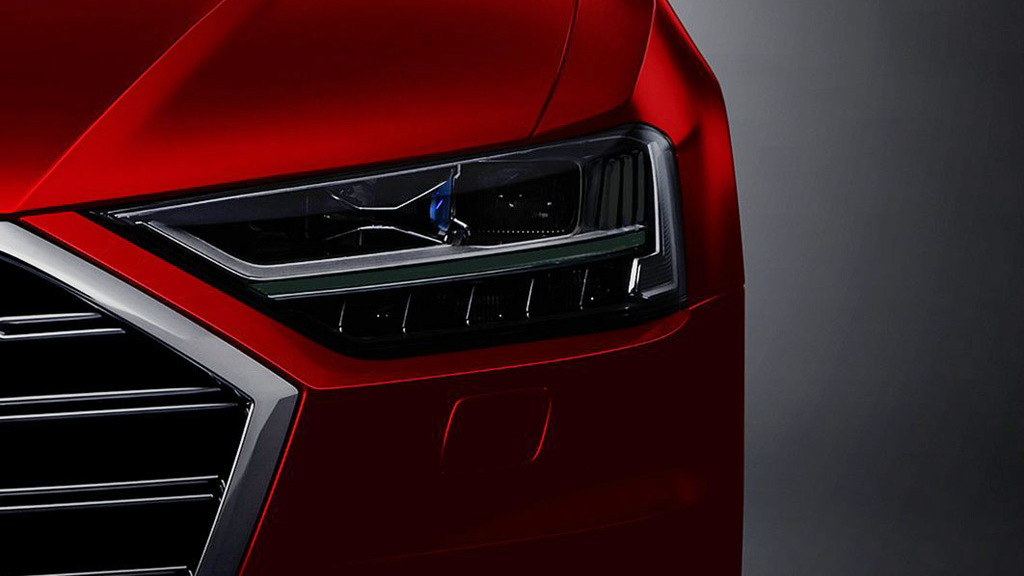 Audi has revealed a bit more of the technology that will appear on its redesigned A8 debuting next month.

Due in showrooms next year, as a 2019 model, the redesigned A8 will boast multi-material construction, a 48-volt electrical system, a standard mild-hybrid system, and a self-driving system capable of hands-off, eyes-off operation. We now have some details of the chassis technology that will feature on the car.

One of these is an active suspension system powered by the car’s 48-volt electrical system. Via a series of components that includes gears, actuators, and levers, the system is able to exert over 800 pound-feet on the suspension at each wheel.

Sensors, including a camera that scans the road 18 times per second, sends data to the suspension system which in a near-instant can generate the necessary forces to counter body lean, vibrations and jolts while on the move. It’s all controlled by a computer called the Electronic Chassis Platform. 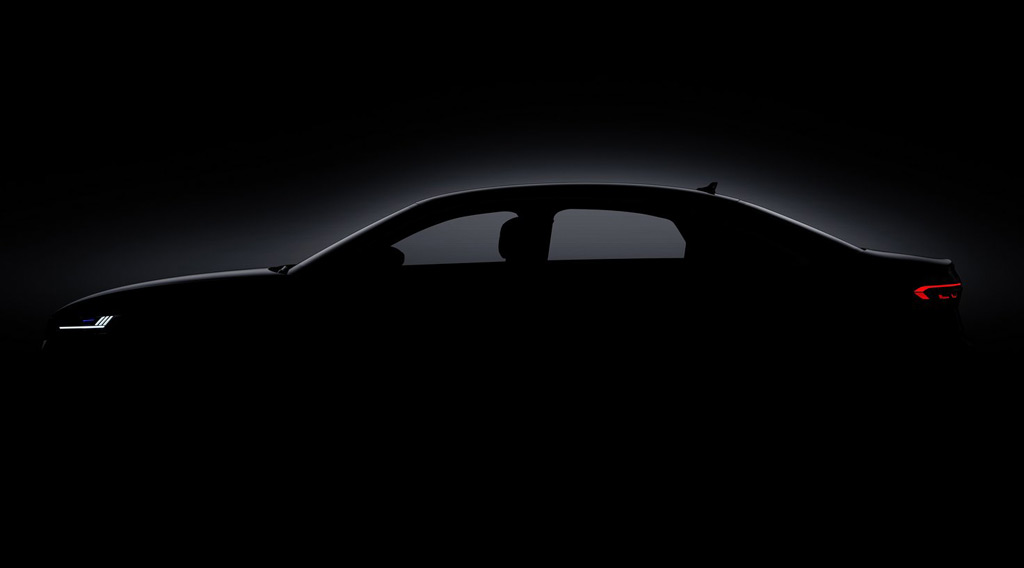 Together with the air suspension, which controls the ride quality, Audi boasts that being in the A8 will be comfortable regardless whether you’re out simply cruising or carving up corners.

The active suspension system also has a safety aspect. If the car’s collision warning system detects that an impact at more than 15 mph is imminent,  the suspension raises the body on the exposed side by up to 3.1 inches within half a second. The reason is to position the body so that the point of impact is at the strongest points, namely the side sills and floor structure. The result is that the load on the occupants is reduced by up to 50 percent compared with a side impact where the body is not raised.

Another chassis technology appearing on the redesigned A8 will be rear-wheel steering. At higher speeds, like on the highway, rear-wheel steering improves stability, while at lower speeds it improves turn-in. It also makes parking lot maneuvers easier as less steering is required. Thanks to the technology, the turning circle of the redesigned A8 is smaller than that of the A4.

We’ll have more details soon as Audi will reveal its redesigned A8 on July 11. The formal debut will take place in September at the 2017 Frankfurt auto show.