Sebastian Vettel ended a 16-year drought for Ferrari at the Formula One Monaco Grand Prix by taking home victory at Sunday’s race.

It ended up being a one-two finish for the Prancing Horse as Kimi Räikkönen, who started on pole, crossed the finish line in second, just 3.145 seconds behind his teammate.

Rounding out the top three was Red Bull Racing’s Daniel Ricciardo who challenged the Ferrari men all the way but had to settle for third in the end, 3.745 seconds behind the race winner.

The best Mercedes AMG driver was Valtteri Bottas who crossed the line fourth, roughly five and a half seconds behind winner.

At the start of the race, Räikkönen kept the lead position but with Vettel close behind. Things stayed that way for the first half but after Räikkönen pitted, Vettel was in the lead, followed closely by Ricciardo who was pushing very hard, trading fastest sector times with Vettel.

Ricciardo eventually pitted at half-distance and Vettel continued to push in anticipation of his stop at the end of lap 39. That was enough to get him ahead of Räikkönen who was now in second. Vettel could now control the race with Räikkönen behind him to hold off Ricciardo. 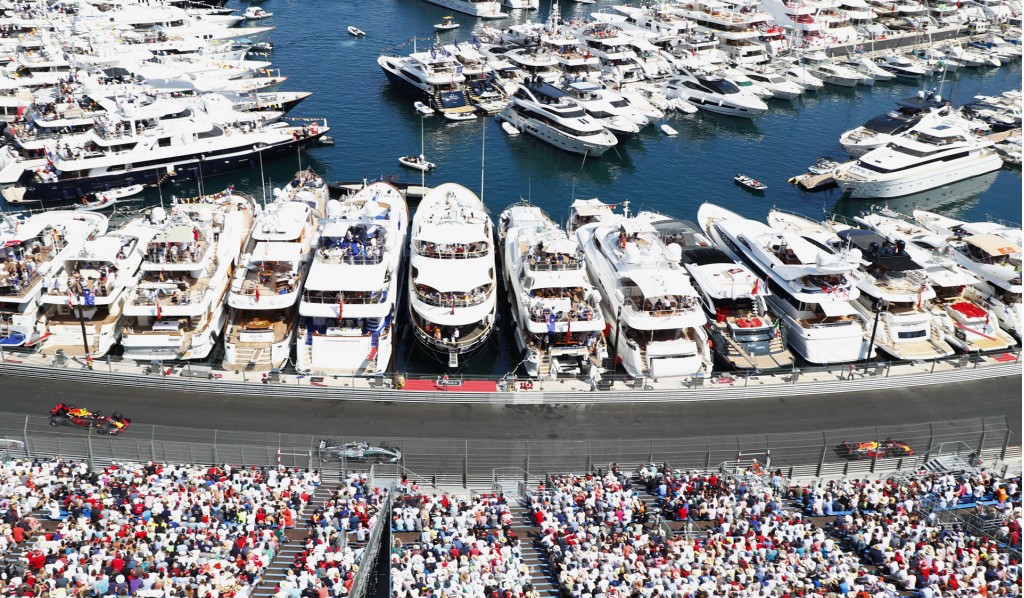 And then came a major incident: with just 18 laps to go, Sauber’s Pascal Wehrlein was hit by Jenson Button who was filling in for Fernando Alonso at McLaren. Alonso, of course, was racing on Sunday in the 2017 Indianapolis 500. Wehrlein’s Sauber was tipped on its side against the barrier at Portier, though fortunately he was unharmed.

The safety car came out and the gaps were wiped out, including Vettel’s 12 seconds over Räikkönen. The safety car stayed out for a long time, coming in with 12 laps to go. The race was on again with the two Ferrari’s getting away well. Behind them there were some battles and Mclaren’s other driver, Stoffel Vandoorne, went off at Sainte-Dévote.

Red Bull’s other man, Max Verstappen, finished fifth ahead of Toro Rosso’s Carlos Sainz in sixth. In seventh was Mercedes’ Lewis Hamilton. He started the race as far back as 13th due to being eliminated early in Saturday’s qualifying owing to yellow flags for a crashed car that prevented him from putting in a fastest lap.

Vettel now sits on 129 points in the 2017 Drivers’ Championship. Hamilton remains in second with 104 points and Bottas is third with 75 points. In the Constructors’ Championship, Ferrari leads with 196 points versus the 179 of Mercedes and 97 of Red Bull. The next race on the calendar is the Canadian Grand Prix in a fortnight.

Hit the next page for the full results of the 2017 Formula One Monaco Grand Prix. 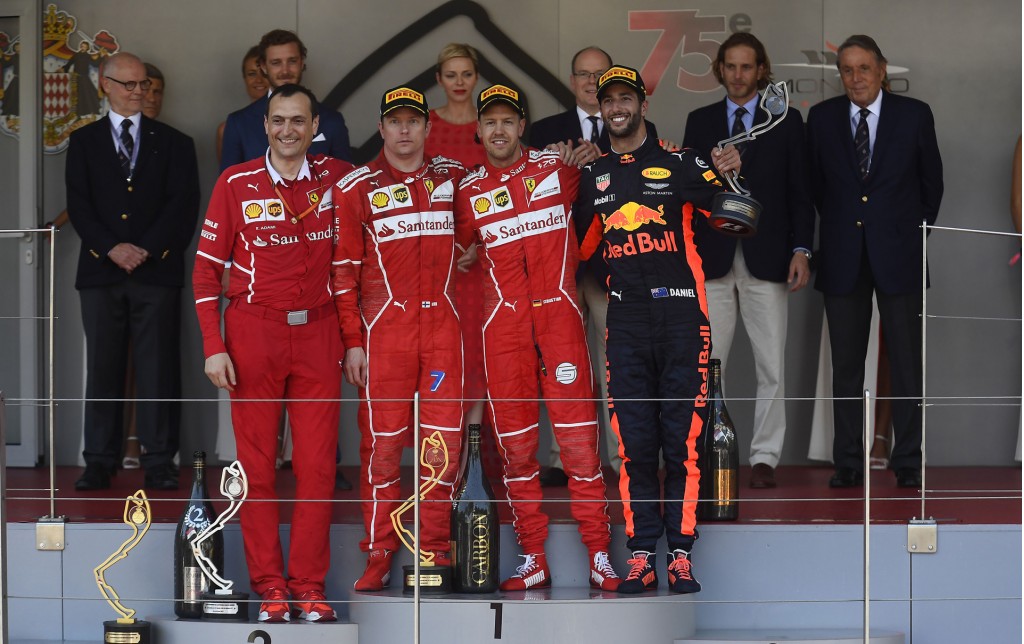 Below are the full results for the 2017 Formula One Monaco Grand Prix: