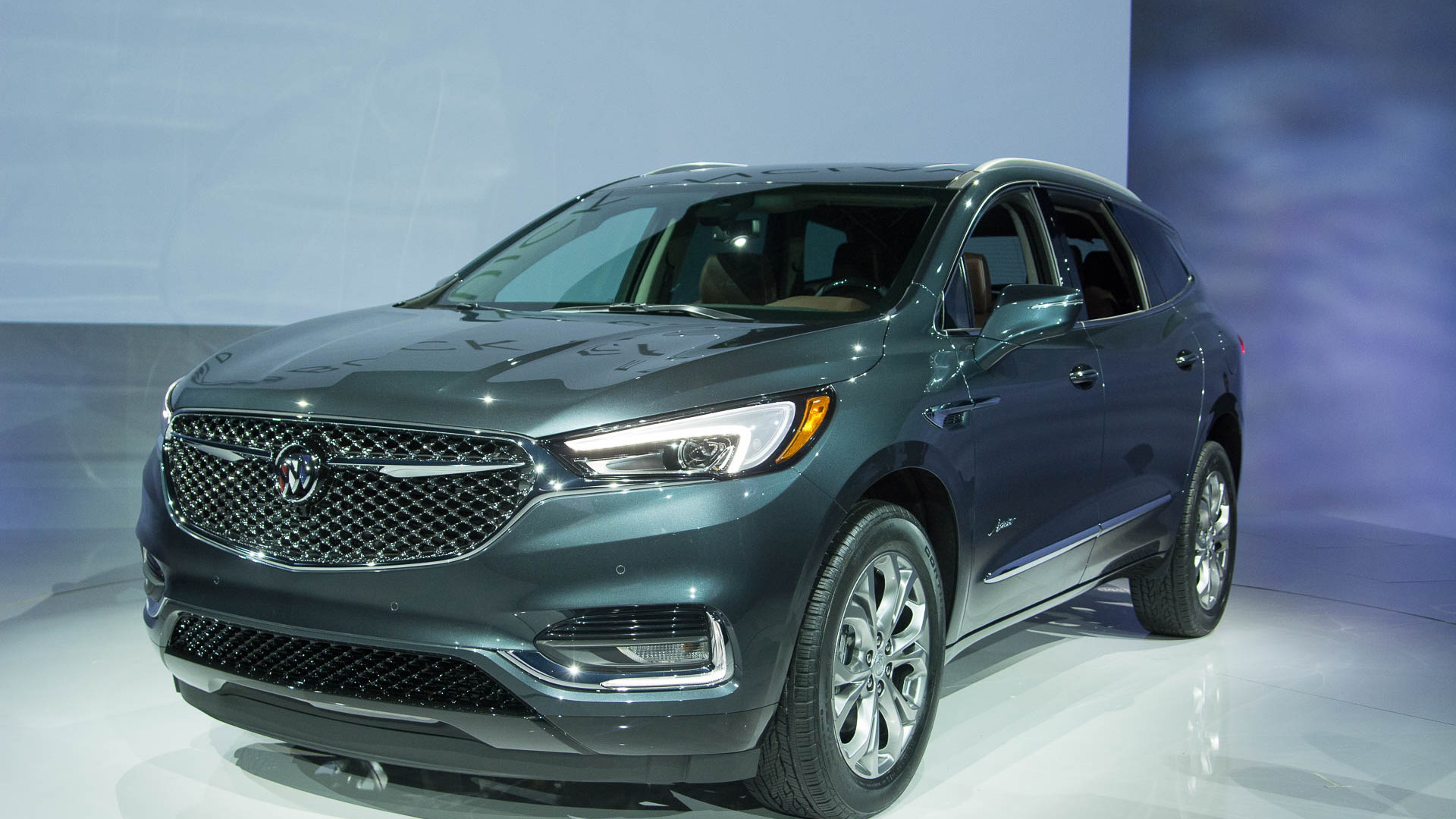 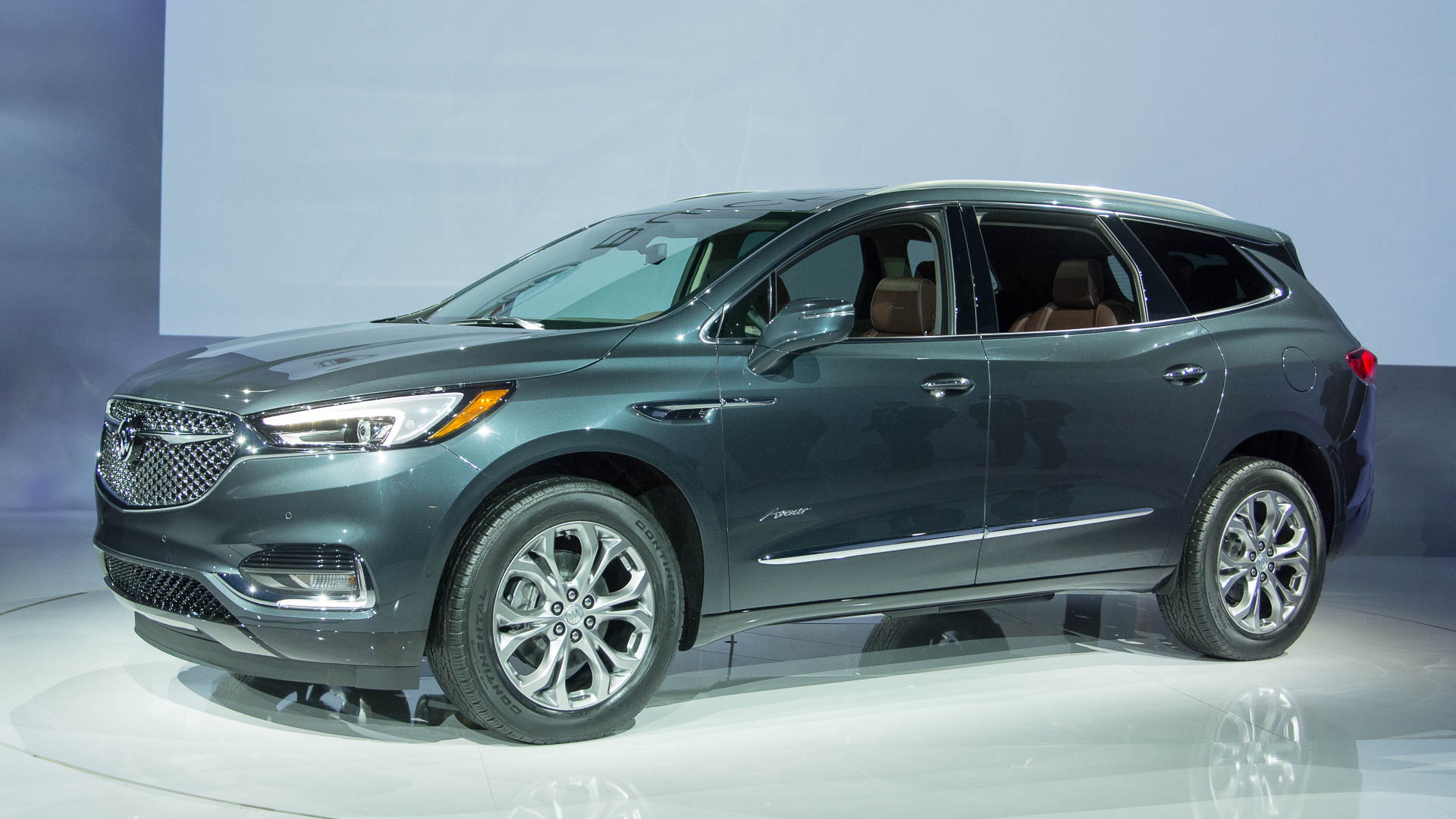 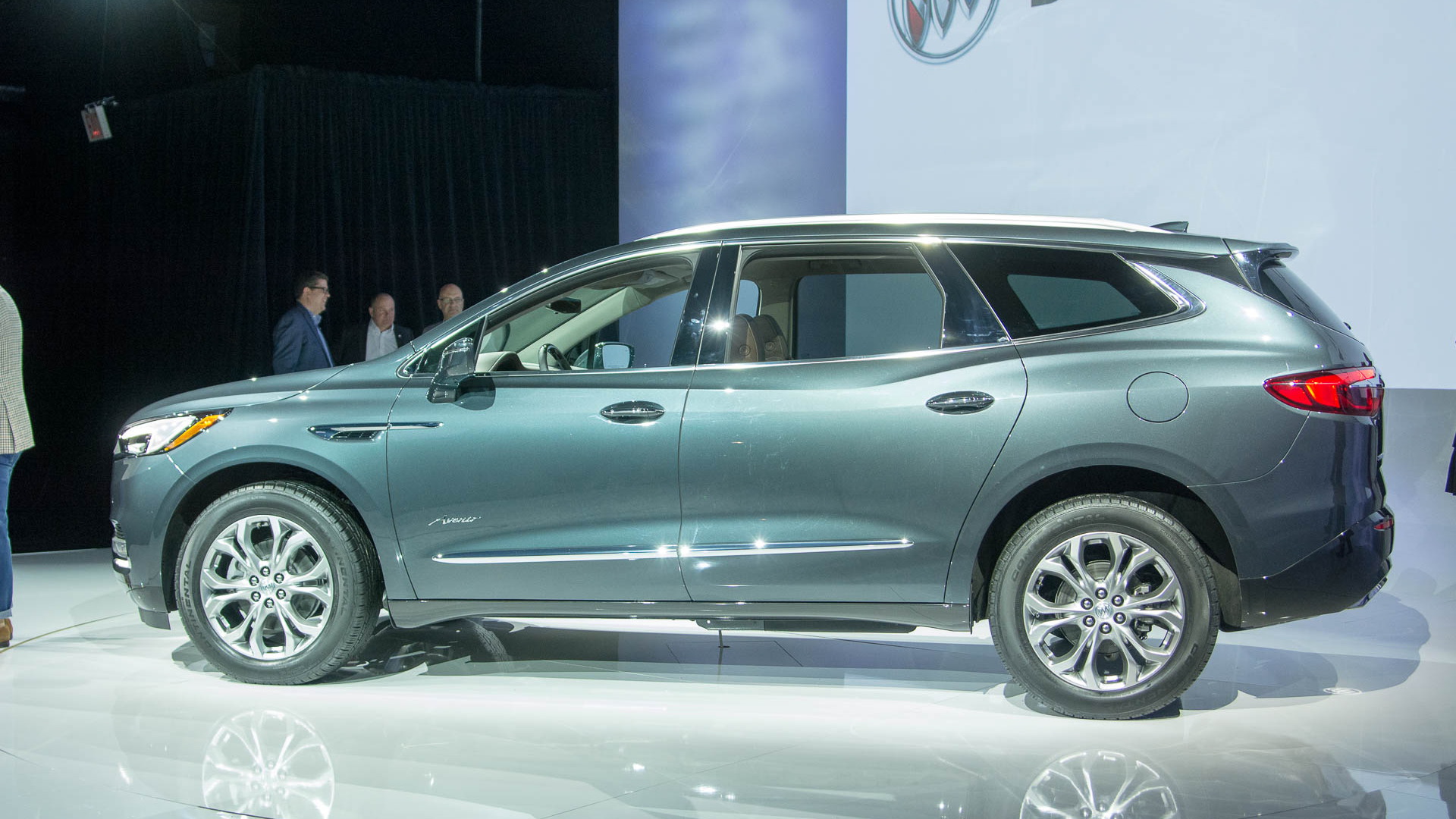 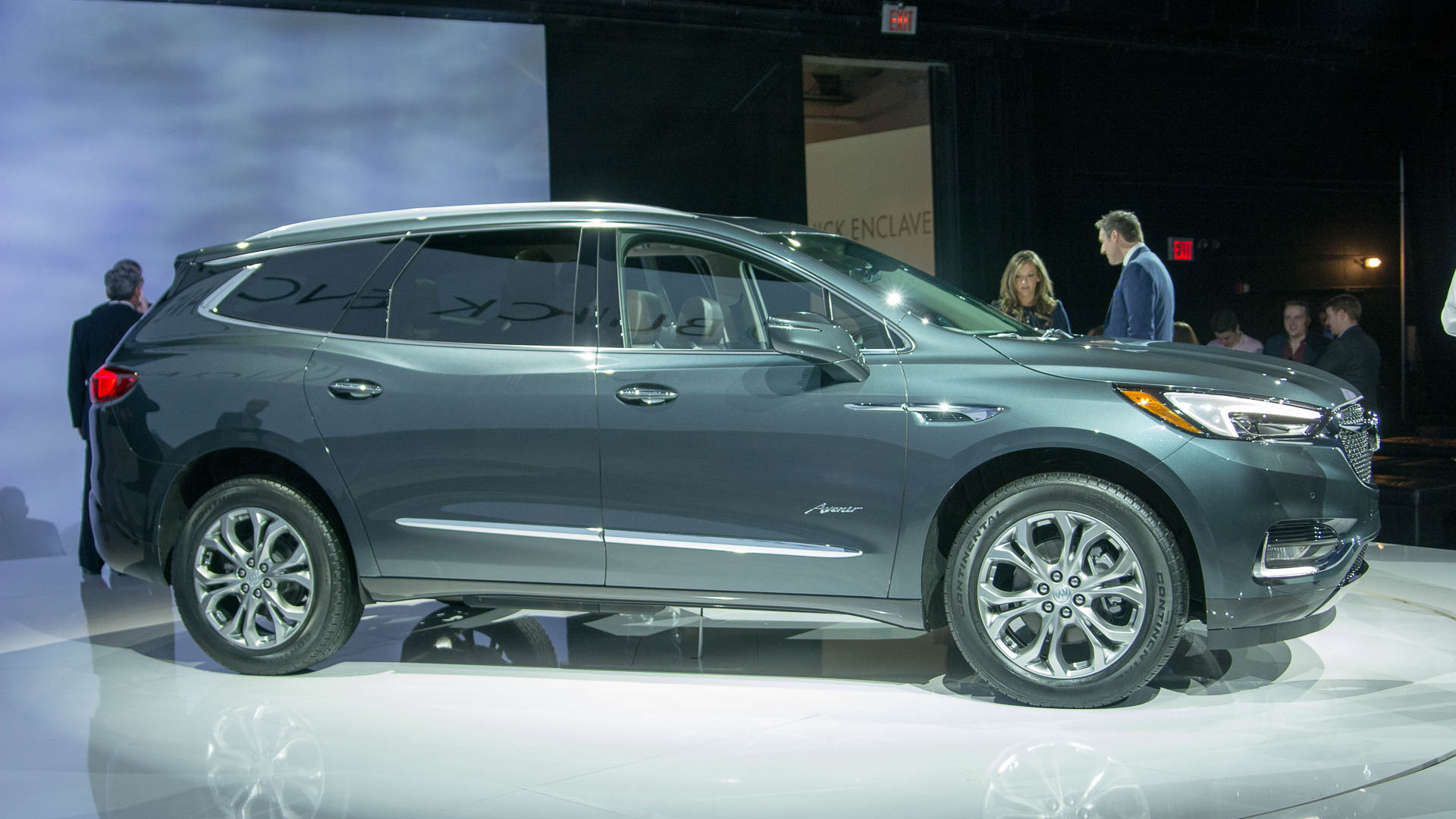 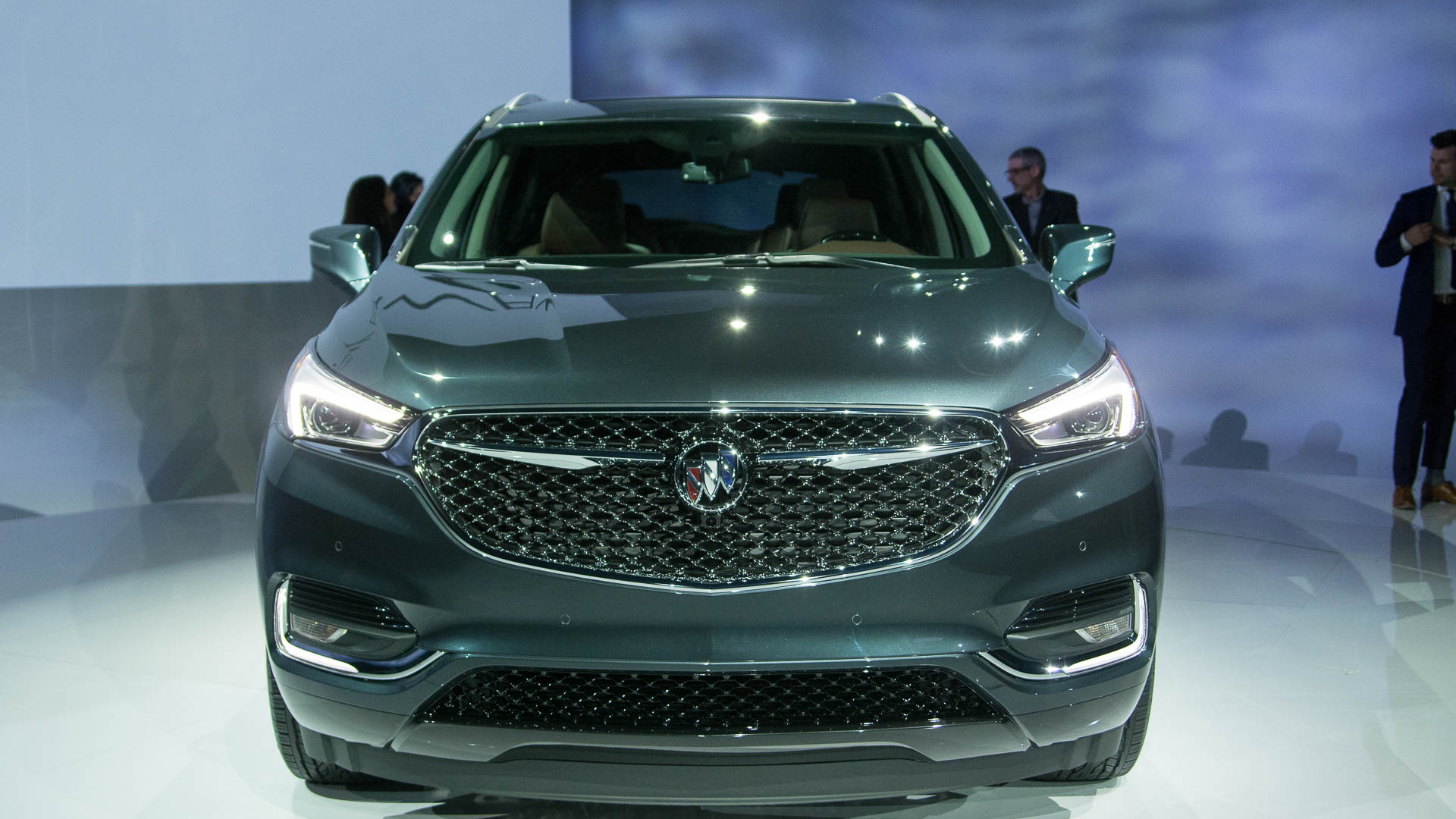 The Enclave has defined the Buick brand since arriving on the scene a decade ago. Here was a big, roomy SUV with a car-like demeanor, styling that was easy on the eyes, and a level of refinement not normally found in the segment—at a time when the crossover SUV craze was just taking off.

It’s a recipe that worked then and still does today, with Enclave sales close to the best they’ve ever been. Given the success of the original, it’s no surprise Buick has chosen an evolutionary route for its redesigned Enclave which has been revealed ahead of its debut on Wednesday at the 2017 New York auto show.

Set to go on sale this fall, as a 2018 model, the redesigned Exclave adopts General Motors’ C1XX platform for mid-to-large SUVs. Keeping things simple, there’s still only a 3.6-liter V-6 on offer, with Buick estimating the peak output at a higher 302 horsepower and 260 pound-feet of torque. This time, though, there’s also fuel-saving engine stop-start technology and a 9-speed automatic transmission. The claimed towing capacity is 5,000 pounds.

Drive is to the front wheels as standard but all-wheel drive, in this case GM’s new system with a twin-clutch rear differential that helps direct torque between the axles as well as between the rear wheels to further aid handling, is available. Also aiding the handling is a standard 5-link rear suspension and available adjustable dampers.

For the exterior, the designers have gone for a well-proportioned, athletic appearance. While the size is much the same, the roofline is lower, the windshield more raked and the wheelbase stretched.

Inside, the designers worked on improving the quality and refinement, with a particular focus placed on reducing noise. The latter was achieved via a more aerodynamic exterior, sealed gaps and increased sound-deadening material. Active noise cancellation enhancements also help to reduce, block and absorb noise in the cabin. An air ionizer has also been installed to make occupants more comfortable.

There’s still seven seats split over three rows, but overall space has increased around 10 percent when including the hidden underfloor storage and 23.6 cubic feet of cargo space behind the third row, thanks mostly to a stretched wheelbase. Other space enhancements include a 10-inch-deep dry underfloor storage with 3.1 cubic feet of space. Access to the trunk is via a standard power liftgate.

The arrival of the redesigned Enclave also marks the introduction of the new Avenir luxury trim in the United States. Already offered on Buick’s GL8 minivan in China, the Avenir trim sees Buick offer a higher level of luxury than ever before. On the Enclave, there are unique exterior treatments such as a custom grille, special badging and 20-inch wheels. The Avenir trim also adds special LED headlights that provide much better illumination at night than regular headlights.

Inside, the Avenir trim adds contrast stitching and piping on the seats, embroidered headrests for the front seats, a wood-accented steering wheel, and custom floor mats and door sills. There is also a heating function for the seats in the first two rows, a dual moonroof, navigation, and GM’s rearview mirror camera system that debuted on the Cadillac CT6. The latter resembles a standard rearview mirror but eliminates obstructions such as heads and headrests while expanding the rear field of vision by an estimated 300 percent.

Production of the redesigned Enclave will take place at the current model’s home in Lansing, Michigan. Pricing details will be announced closer to the market launch. The 2017 model starts at about $40,000. Some rivals for the Enclave include the Acura MDX, Infiniti QX60, Lincoln MKT and Volvo XC90.