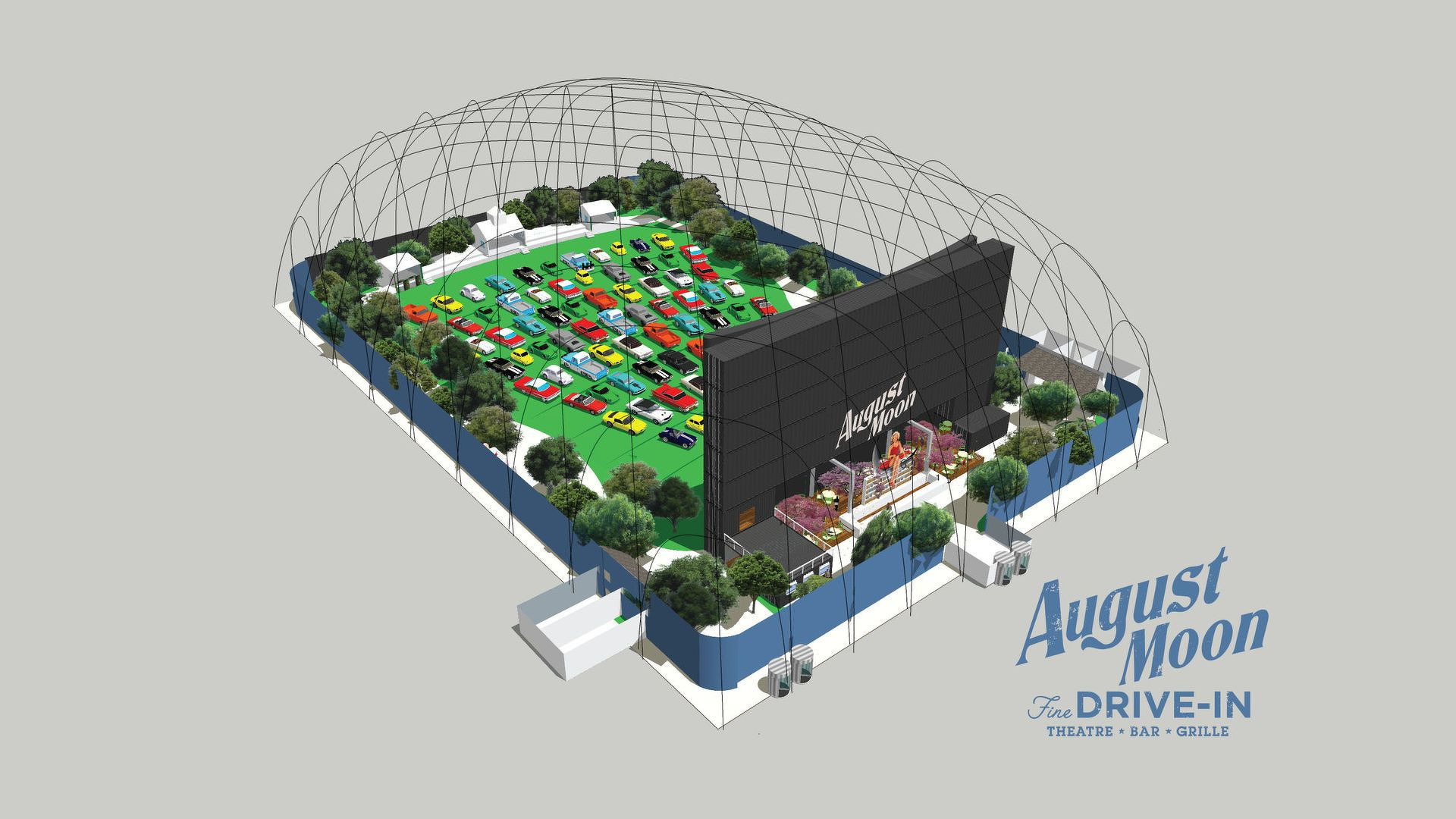 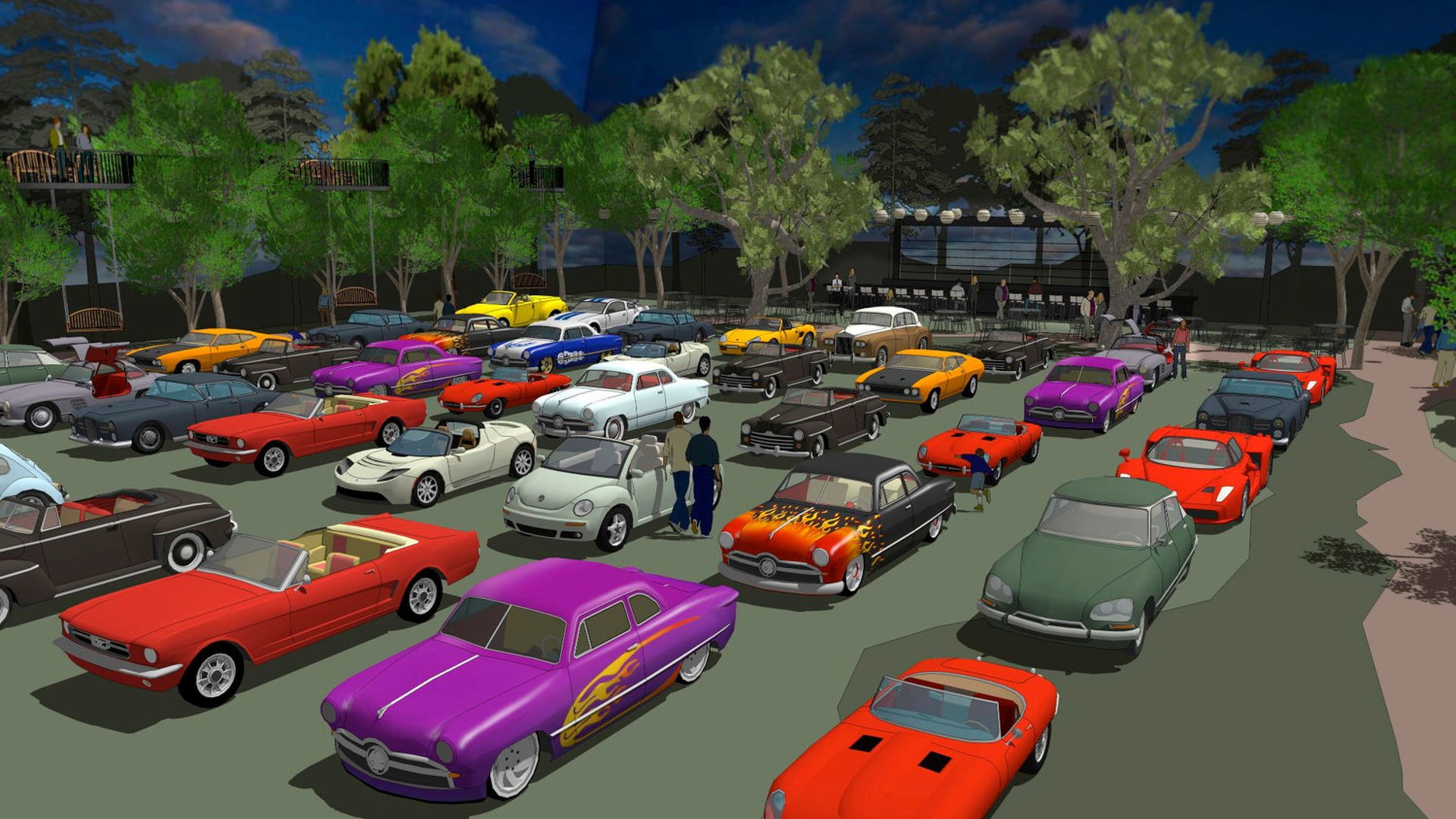 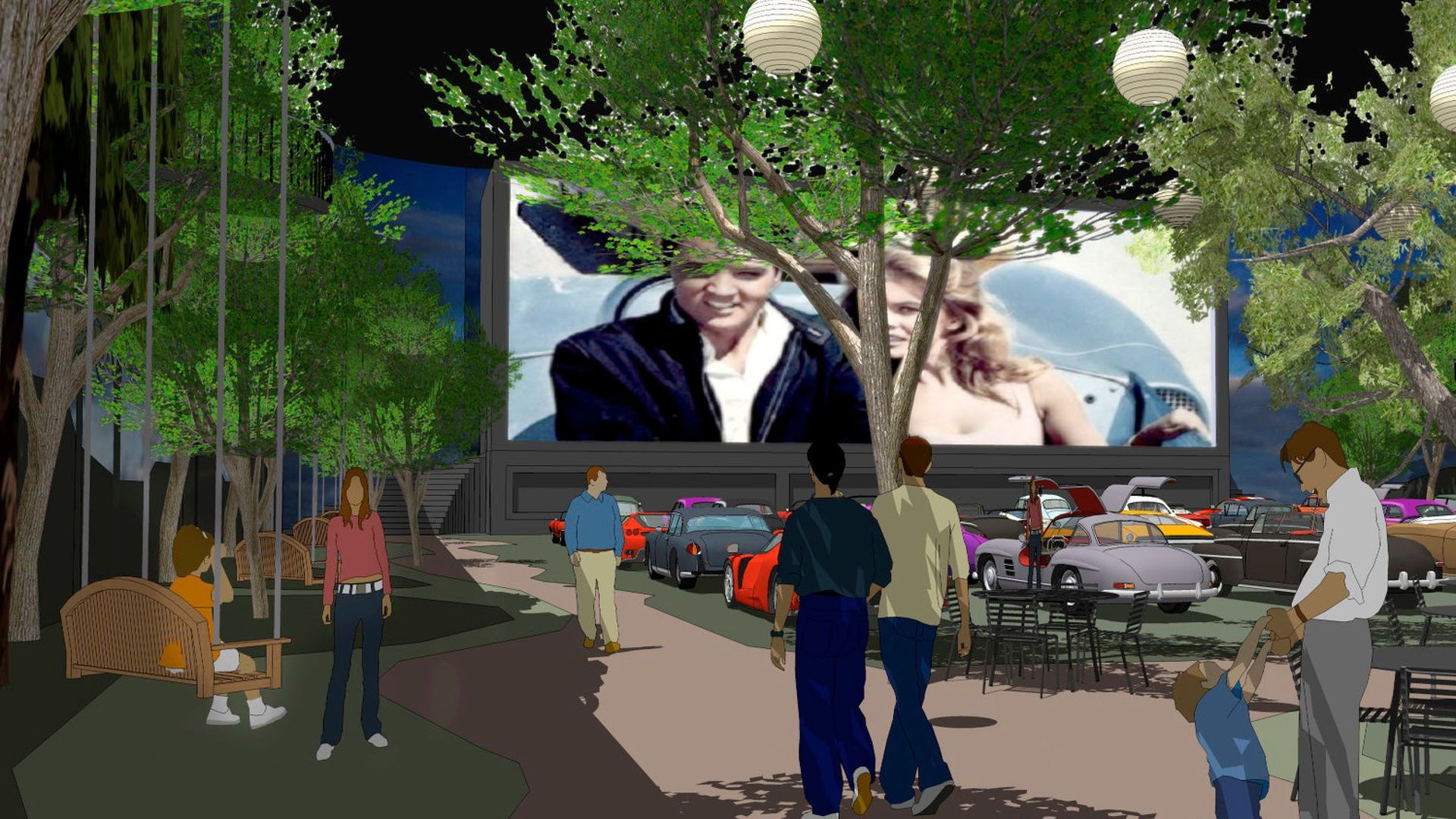 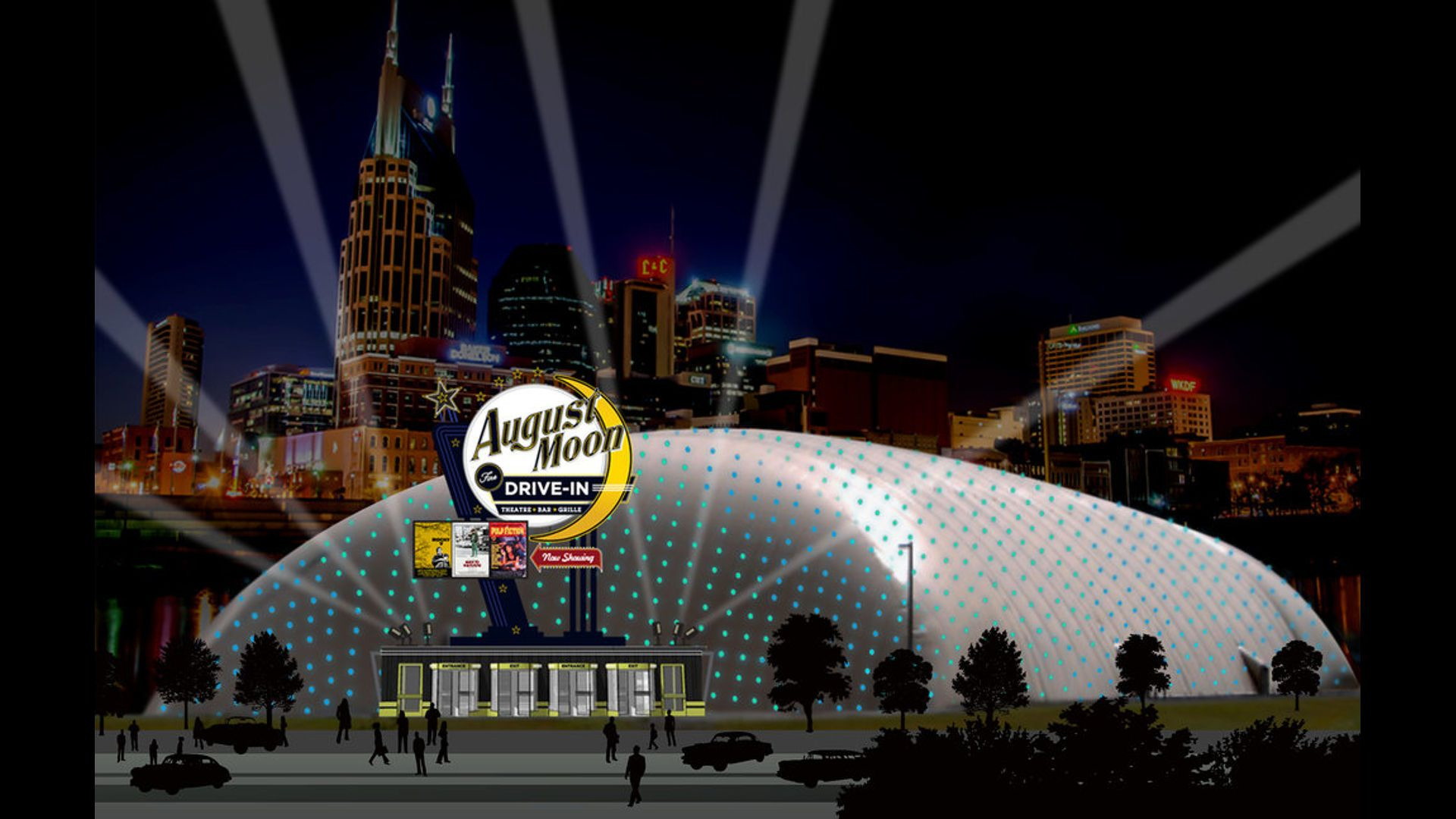 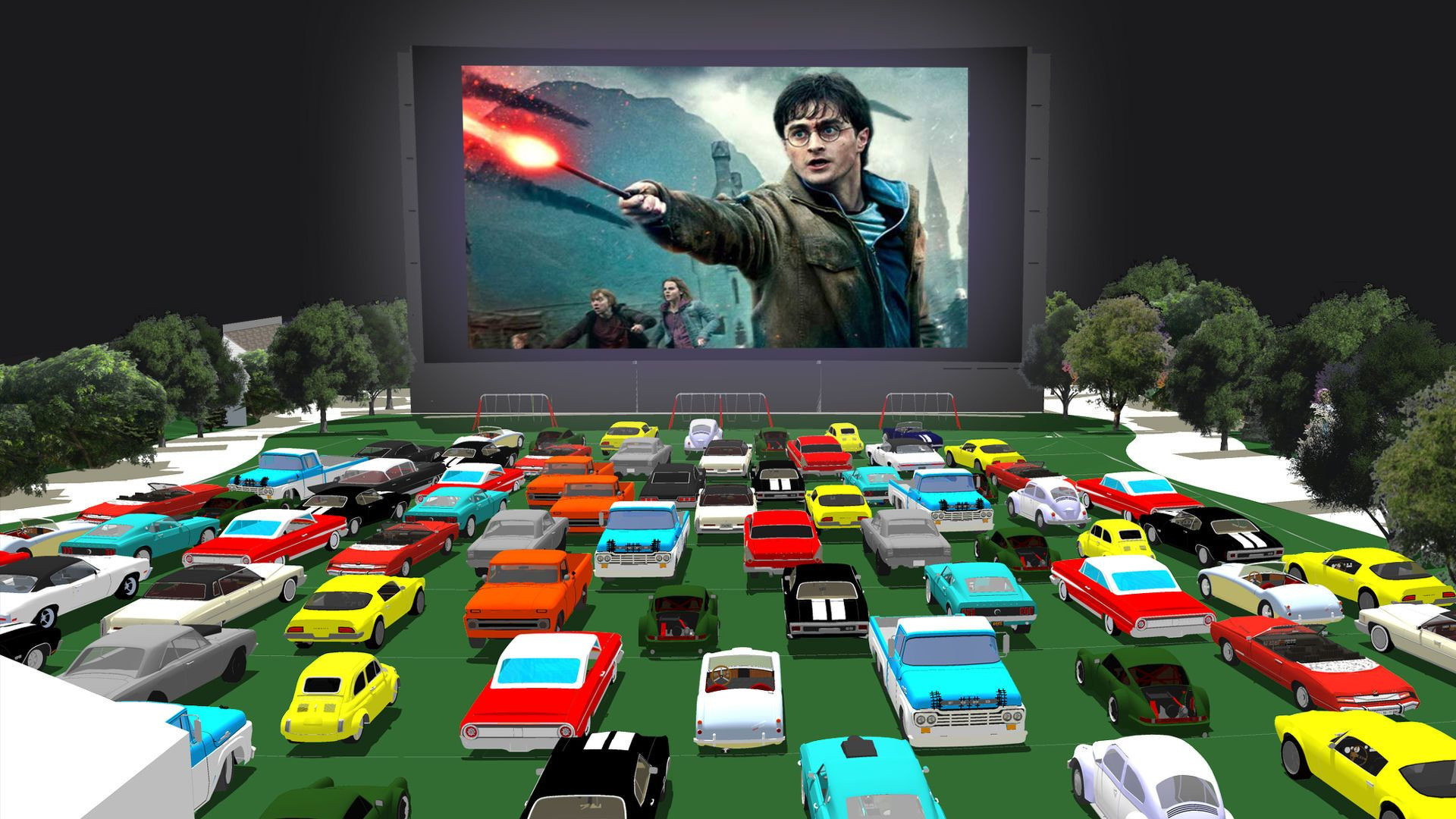 We suppose the idea of going to the drive-in is simply something Americans lost touch with more than a generation ago. That’s a shame, because it’s a seriously cool experience–if you can still find one.

At their peak popularity in the 1960s, there were 4,000 drive-ins across the U.S. Now, there are only 348. However, there is one drive-in that hopes to reinvigorate the old pastime. According to The Tennessean, August Moon Drive-In is being planned to take Nashville, Tennessee, by storm with a twist on the whole experience. Moviegoers won’t actually drive their own cars up to the big screen, but they’ll get to sit inside vintage cars from the 1960s and be taken back in time.

August Moon Drive-In will be housed inside a 40,000-foot air dome where 50 vintage cars from the mid-1960s will be parked. Patrons will purchase a ticket and head to one of several seating areas. Seats will include stadium-style seating, tire swings, and those vintage cars. Prices will range from $8 to $20, with the $20 seats reserved for the cars. (That's kind of a shame because one of the scams back in the day was hiding your friends in the trunk--along with the beer--to get them in for free.) The reimagined drive-in will also reportedly feature the largest non-IMAX screen in North America.

Since August Moon will be an inside-only affair, the company is planning to transform the interior with trees, grass, and even particular smells to make it feel like it’s 1965 all over again. A nighttime sky will also be projected on the top of the air dome for a final touch. And this will be a very family-friendly experience. Sorry, none of that stuff.

Of course, the typical movie snacks will be available and the drive-in will also feature milkshakes, American diner food, and there will even be a bar since the vintage vehicles are staying put. Other attractions will include private “tree house” event and party spaces and live music before and after the showings.

The initial plans call for 18 showings a week of first-run movies and other films that are no longer widely run.

The whole plan certainly sounds ambitious, but it’s full speed ahead. New York-based director and entertainment entrepreneur Michael Counts is spearheading the project, and is currently raising money to get it off the ground. A letter of intent has been signed for a 7.7-acre parking lot to be the drive-in's home. The August Moon Drive-In is scheduled to open in the summer of 2018.