Ford made headlines a couple weeks ago by showing us the updated 2018 Mustang coupe, then released information on the 2018 Mustang convertible just a few days later.

We've already described the changes and showed you the pictures, but now Ford has created a video to illustrate the changes as plain as day. The video above shows a silver 2017 Mustang and uses a slider to overlay a maroon 2018 model on top of it.

CHECK OUT: How the 2018 Dodge Challenger SRT Demon lost 232 pounds

As the video progresses, you can see that the grille and hood sit lower, the hood adds scoop-like bulges, the lower front air intake flares out instead of in, and the outer air intakes, which also house the fog lights, are reshaped. All of the front lighting also changes to LEDs across the lineup. 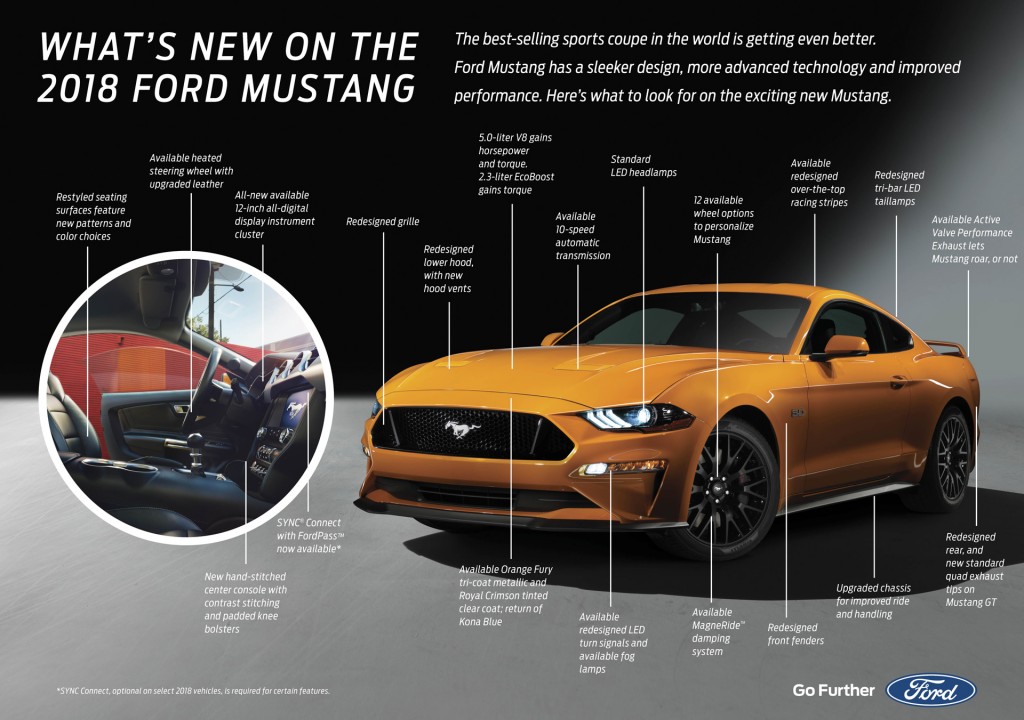 At the rear, the changes are more subtle. The taillights are also LEDs and their shape becomes slightly more complex. The bumper and rear fascia change as well, but it would take a Mustang geek to tell the difference outside of the change from a body color to black diffuser.

Ford also points out that the new Mustang gets three new paint colors and 12 wheel designs, and claims that the 2018 model is the most advanced Mustang ever.

We don't get a tour of the interior, but that may be coming in another video.

Watch for the 2018 Ford Mustang this fall.