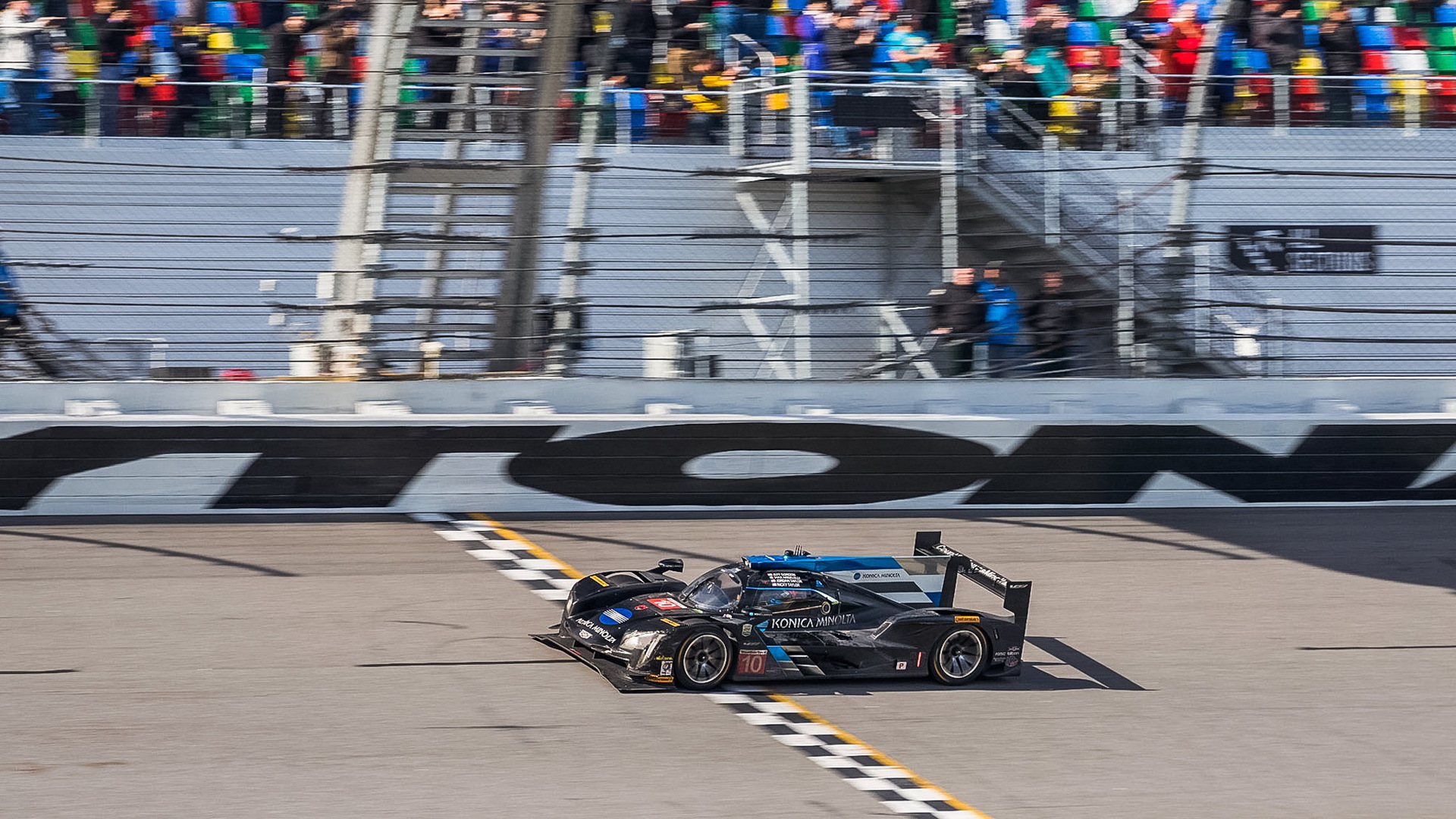 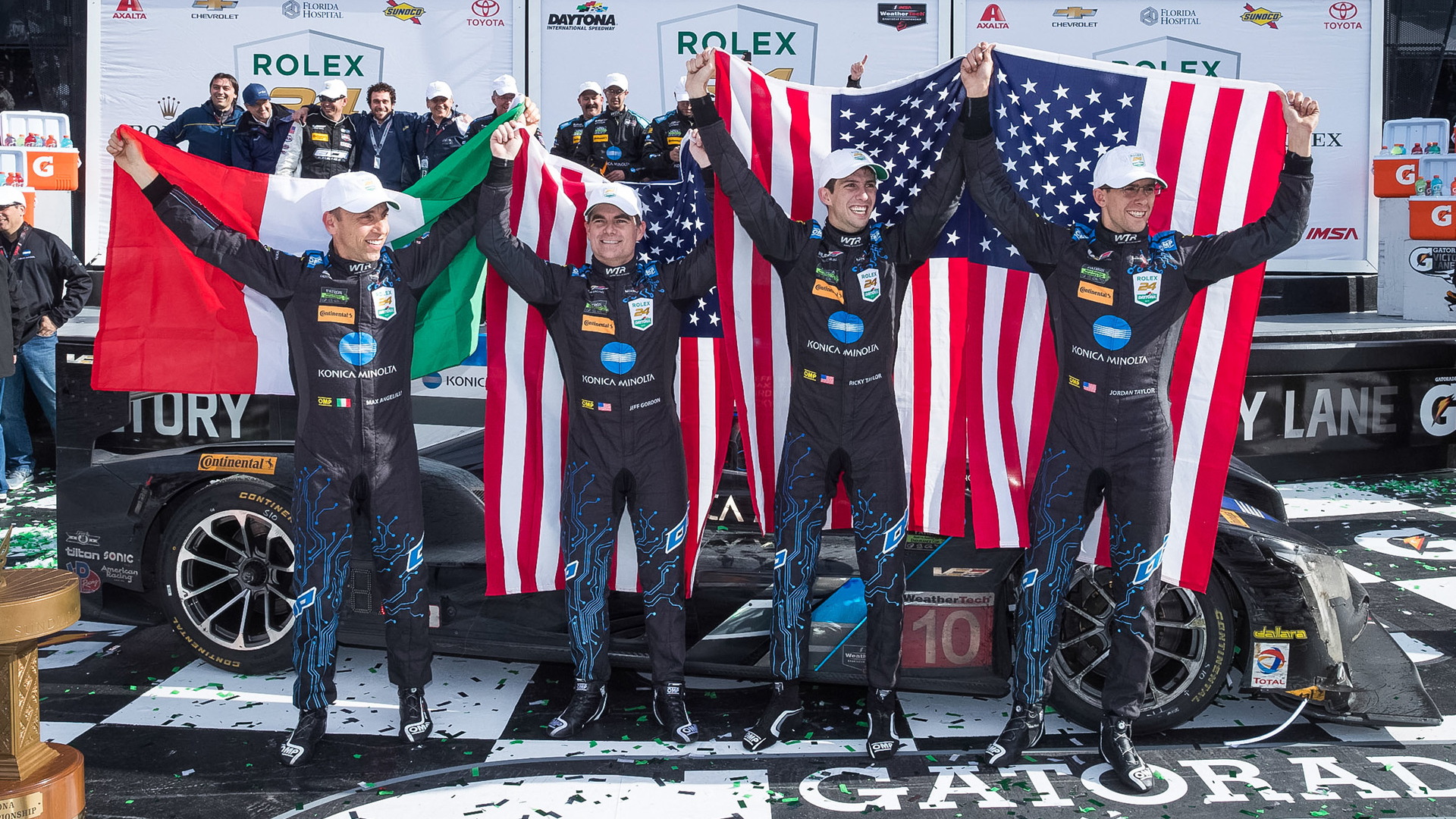 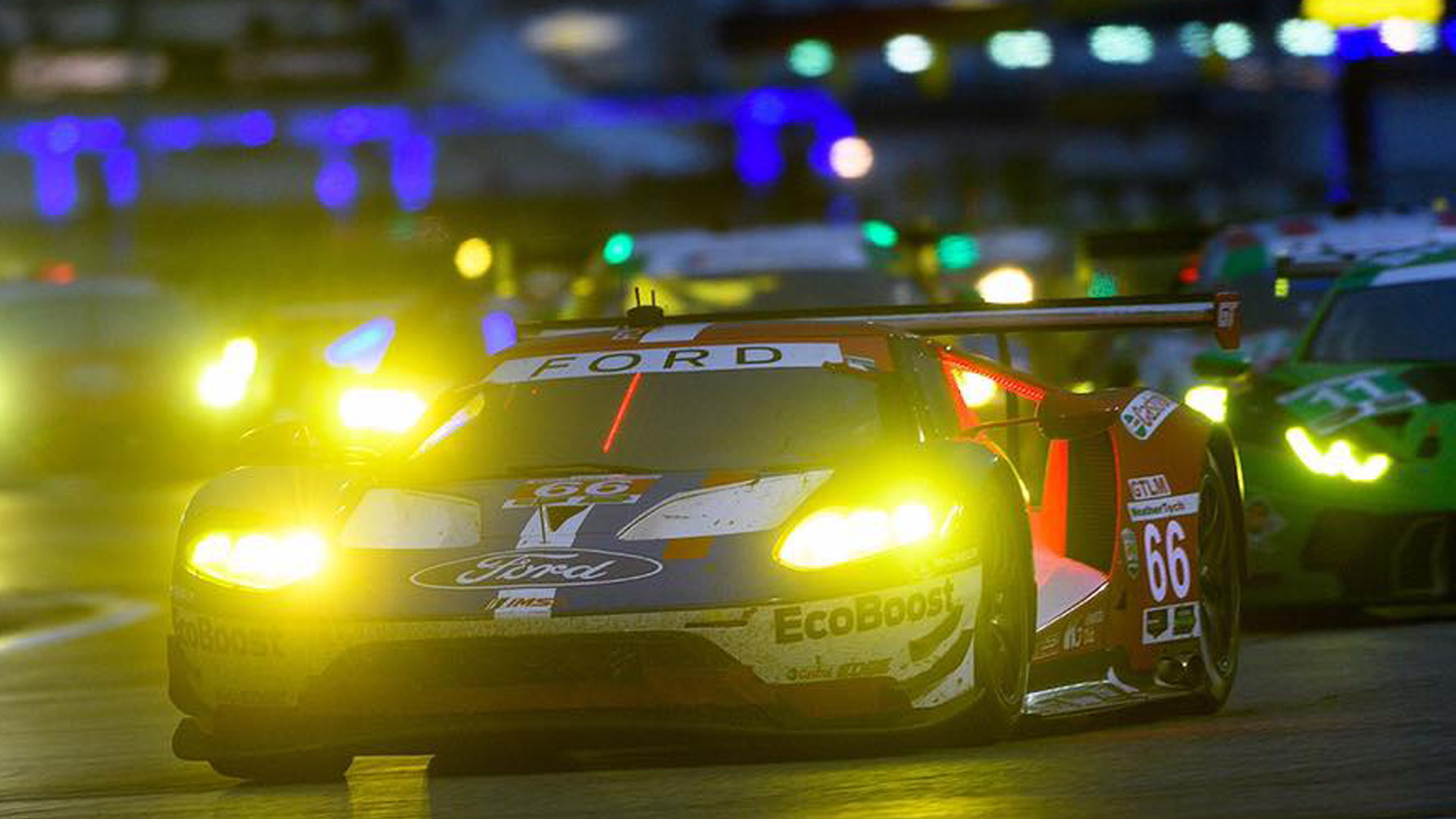 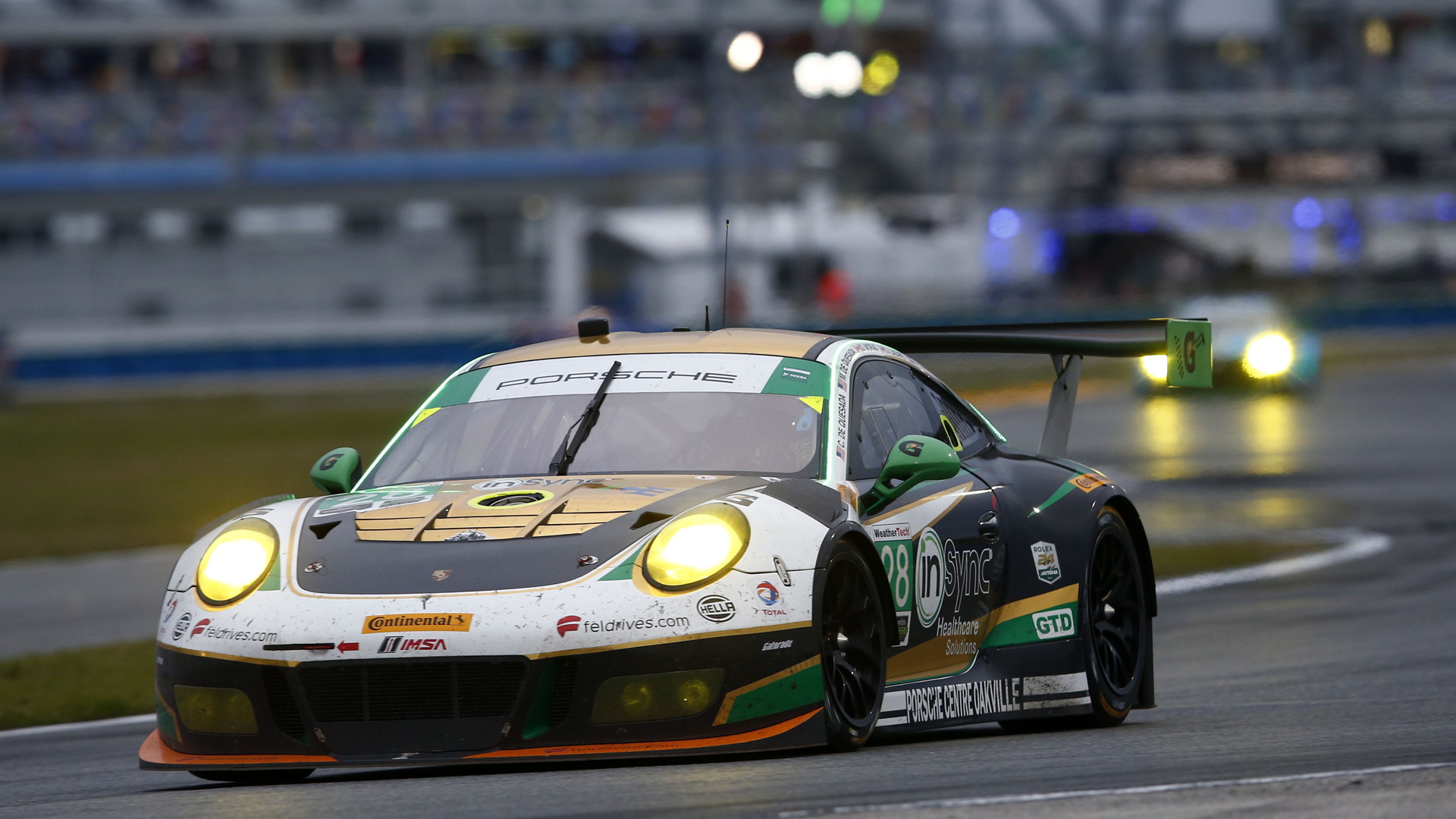 Cadillac’s new DPi-V.R scored a one-two finish on Sunday at the 24 Hours of Daytona after dominating the whole weekend.

Crossing the line in first place was the No. 10 Konica Minolta Cadillac DPi-V.R , fielded in the premier Prototype class by Wayne Taylor Racing and driven by Max Angelelli, Jeff Gordon, Ricky Taylor and Jordan Taylor.

In second place was the No. 5 Mustang Sampling Cadillac DPi-V.R, the pole-sitter fielded by Action Express Racing and driven by Joao Barbosa, Christian Fittipaldi and Filipe Albuquerque. Third was the No. 90 Visit Florida Racing Multimatic-Riley driven by Renger Van Der Zande, Rene Rast and Marc Goossens.

After 24 hours of racing, the winner was only determined in the closing minutes. With three laps remaining, Albuquerque in the No. 5 DPi-V.R was in the lead but Ricky Taylor in the No. 10 car saw a narrow gap at the entrance of Turn 1 and moved up the inside. Albuquerque attempted to close the gap and the result was that the nose on Taylor’s car came into contact with Albuquerque’s car and sent it into a spin, enabling Taylor to pull into the lead. The contact was reviewed by race control and no action was taken.

It was a tough race for all, however. The 55th running of the classic race proved tremendously challenging, especially during Saturday night with steady rain and unusually cool temperatures. The race was repeatedly interrupted by safety car phases after many cars slid off the track, the longest lasting over two hours.

Further down the field, Ford Motor Company’s [NYSE:F] GT notched up another win, with the No. 66 Chip Ganassi Racing GT of Joey Hand, Dirk Müller and  Sébastien Bourdais coming first in the GT Le Mans class and fifth overall. This is the same trio that took the class victory in the Ford GT at the 2016 24 Hours of Le Mans.

The battle in the production-based GTLM class was tightly fought. None of the vehicles of the five manufacturers contesting this category could build a convincing lead over the course of the race, with the top seven cars all on the same lap by the end of the race. Second place went to the No. 911 Porsche 911 RSR driven by Patrick Pilet, Dirk Werner and Frédéric Makowiecki. Third was the No. 62 Risi Competizione Ferrari [NYSE:RACE] 488 GTE driven by Giancarlo Fisichella, Toni Vilander and James Calado.