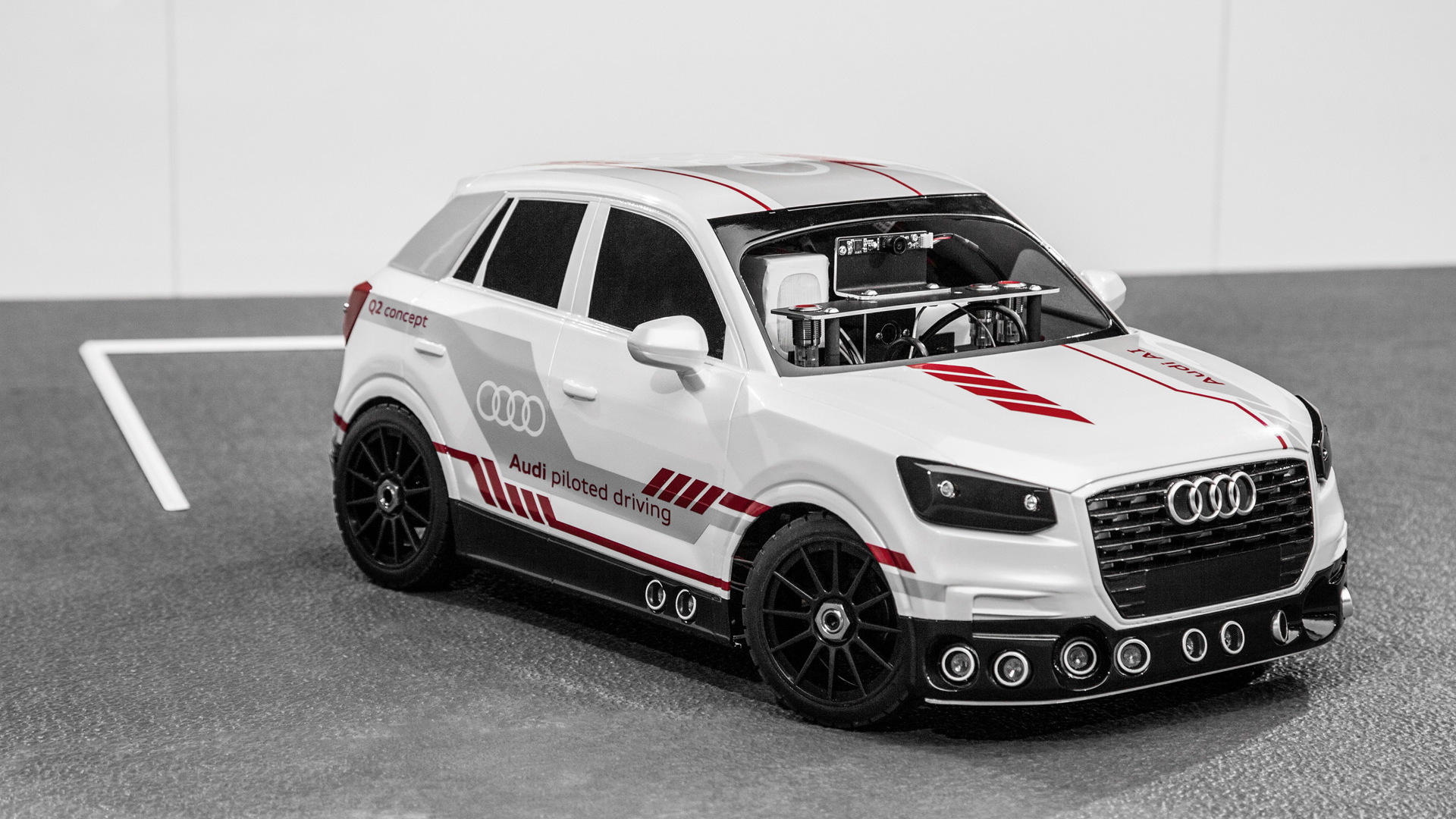 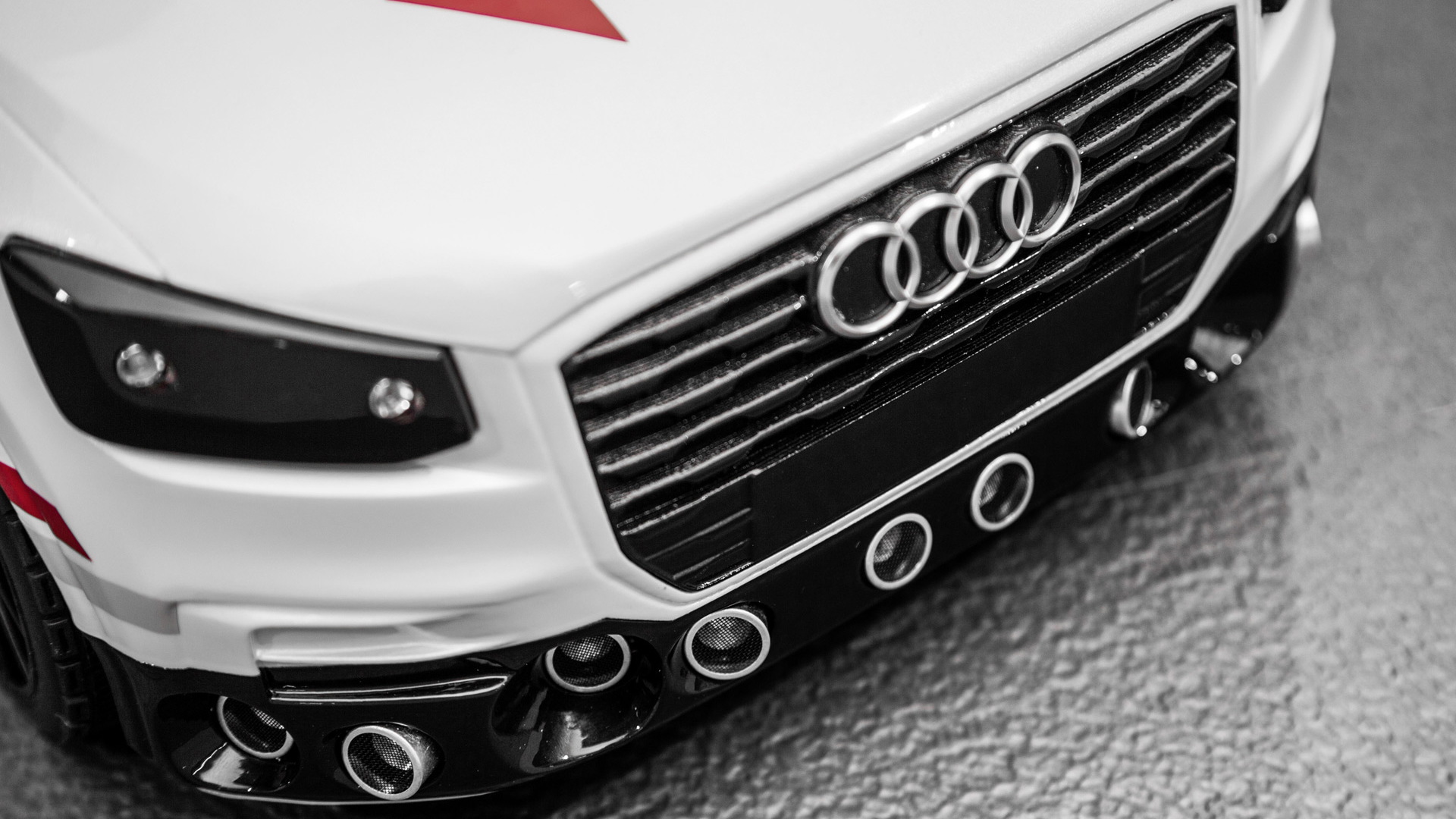 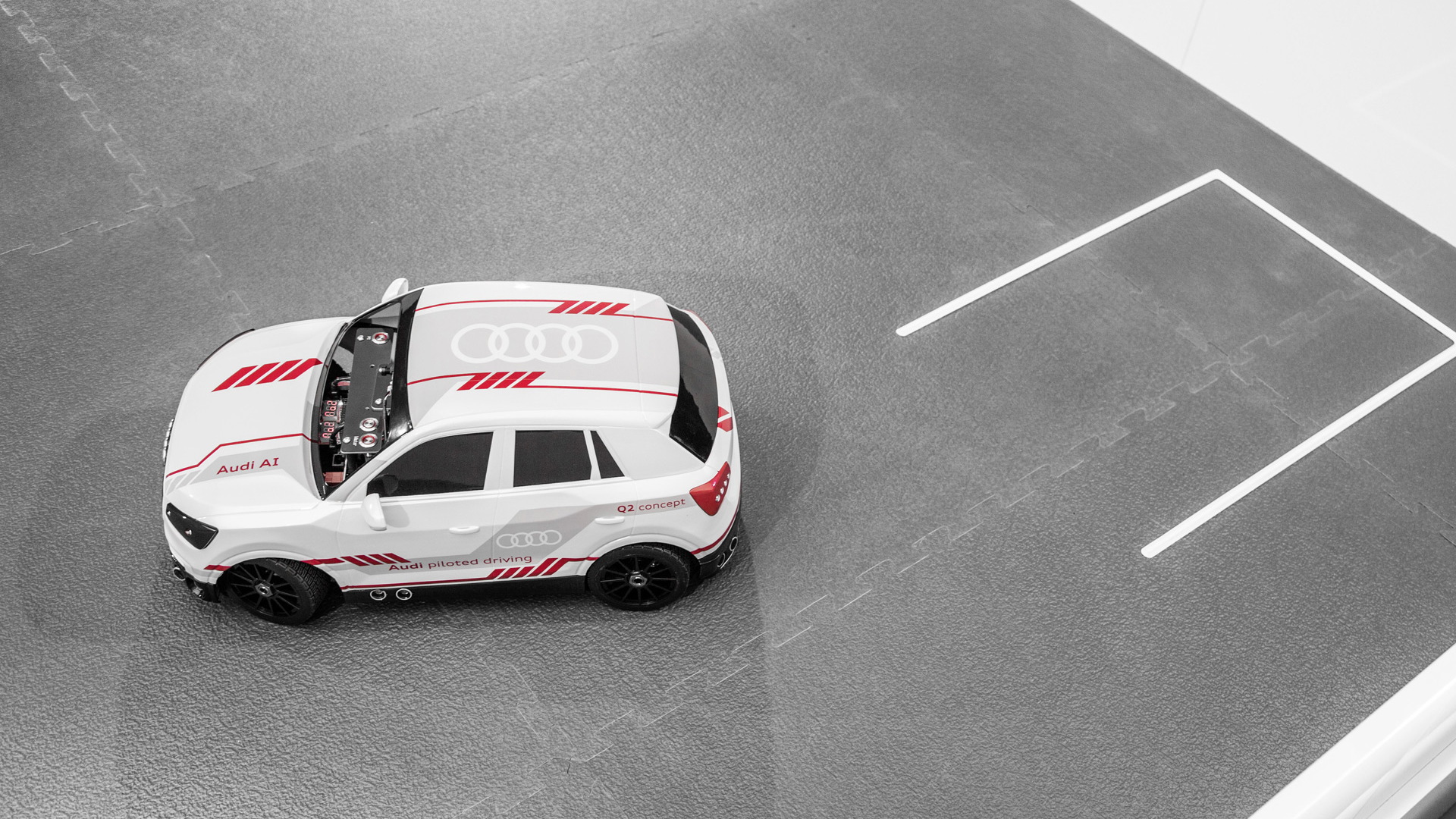 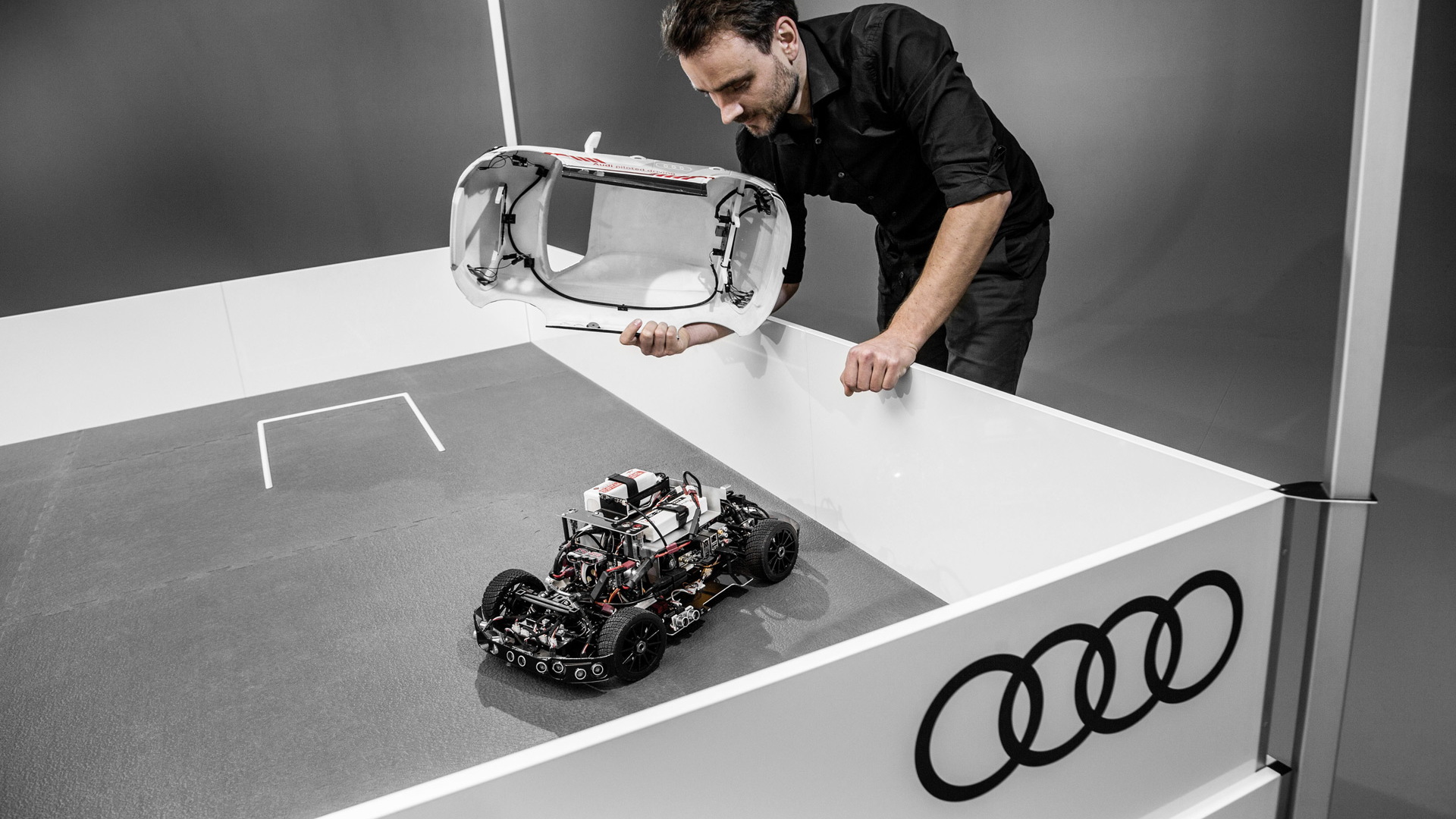 Audi has demonstrated how it is using machine learning to help refine its self-driving system.

Machine learning is a form of artificial intelligence where computers “learn” how to perform actions on their own, i.e. without the need to be explicitly programmed, typically via trial and error. Most firms working on self-driving cars are using machine learning, continuously refining their various systems by racking up millions of test miles with prototypes.

Audi’s demonstration took place on Monday during the Neural Information Processing Systems conference in Barcelona, Spain. The demonstration saw a 1:8 scale model of an Audi Q2 autonomously search for and find a suitable parking space and then park itself.

The model, known as the Audi Q2 Deep Learning concept, features two mono cameras, facing forward and toward the rear, along with ten ultrasonic sensors positioned at points all around the vehicle. Data from these various sensors are processed by a central computer which then controls the accelerator and brake.

Over multiple parking maneuvers, an algorithm identifies successful actions, thus continually refining the parking strategy. Eventually, the model is able to park itself even in difficult situations.

Audi’s first car with self-driving capability will be a redesigned A8 sedan due in 2017. The car will be able to handle some parking situations on its own. It will also be able to drive itself in traffic at speeds of up to 37 mph.