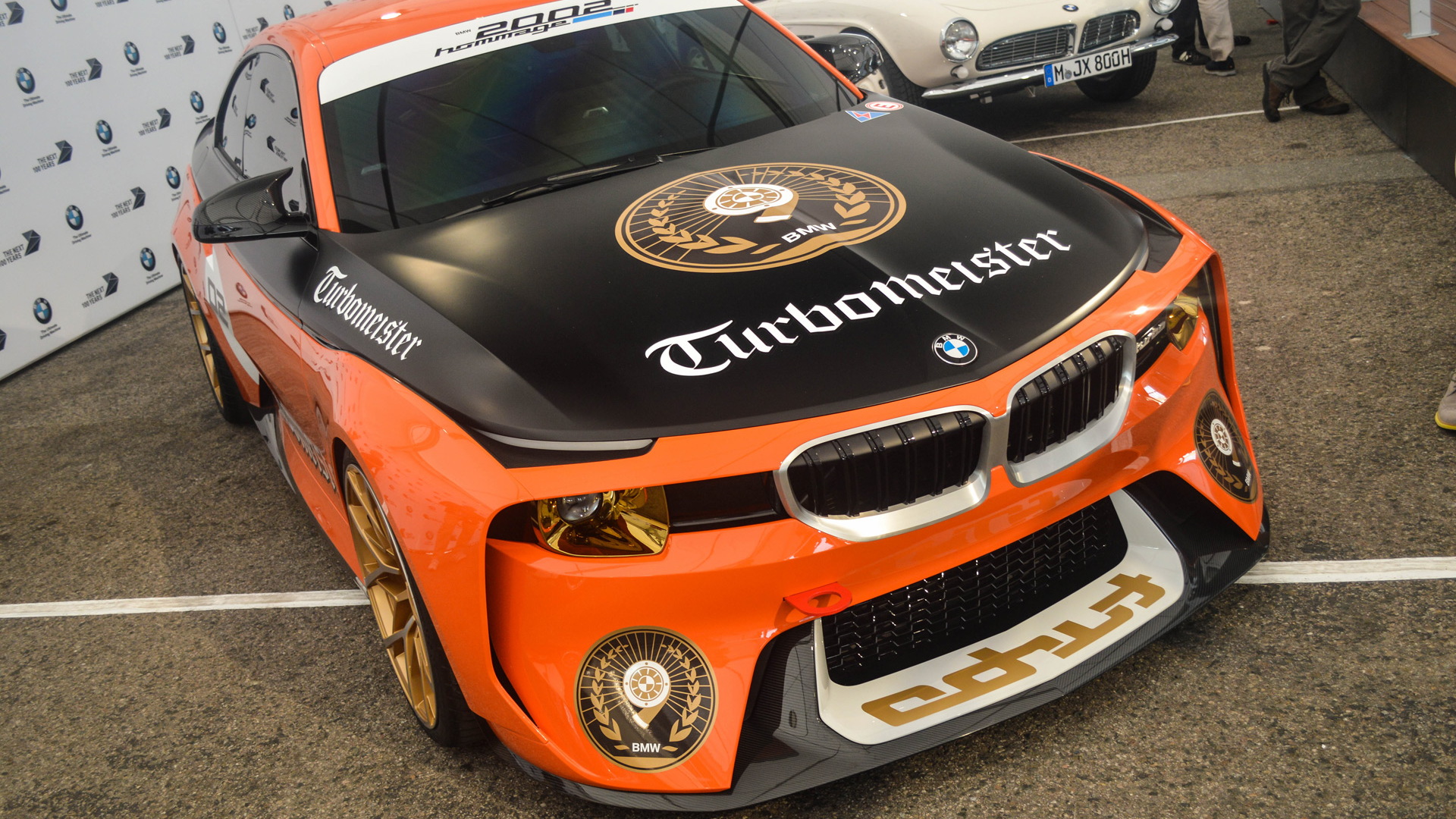 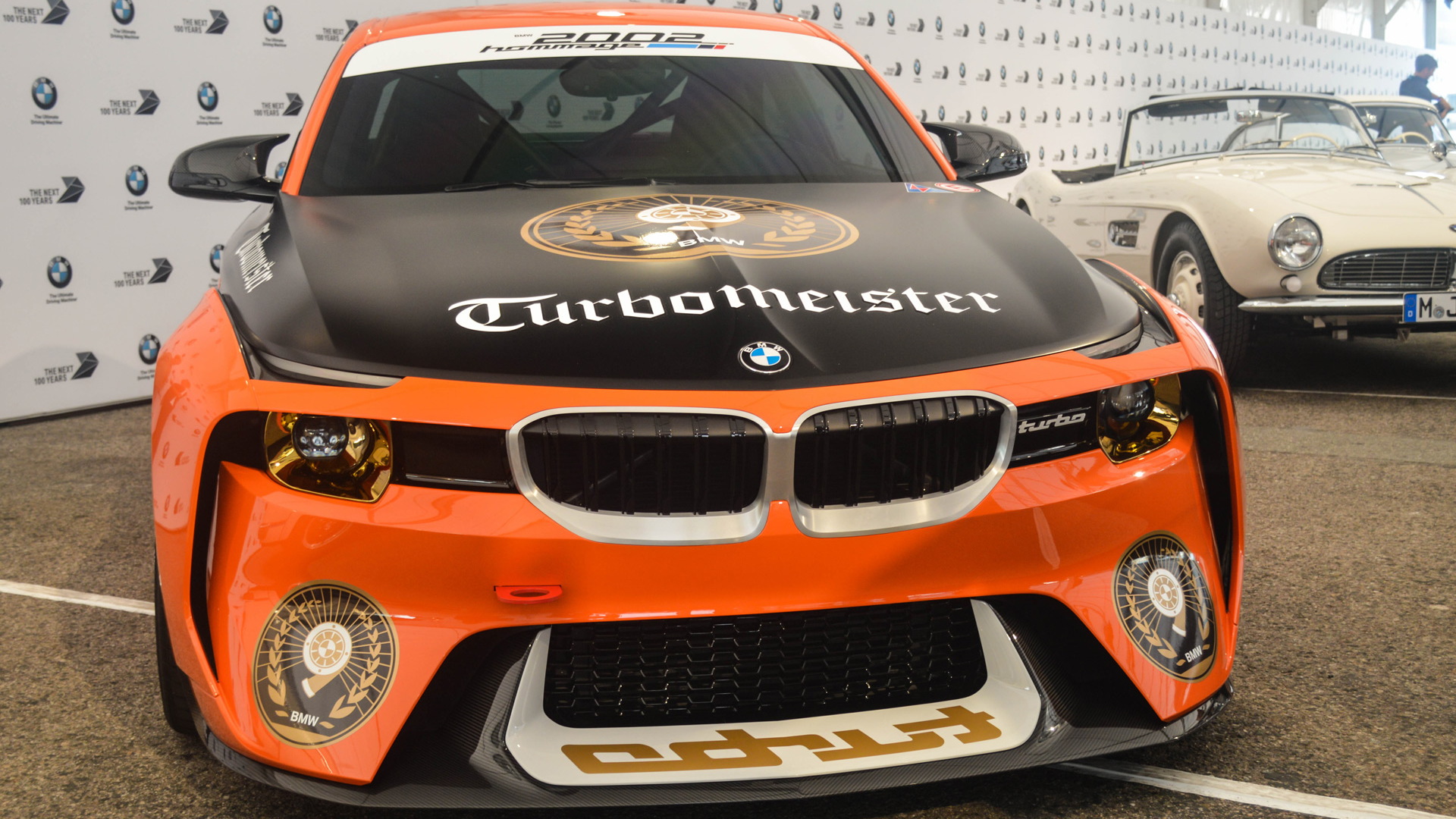 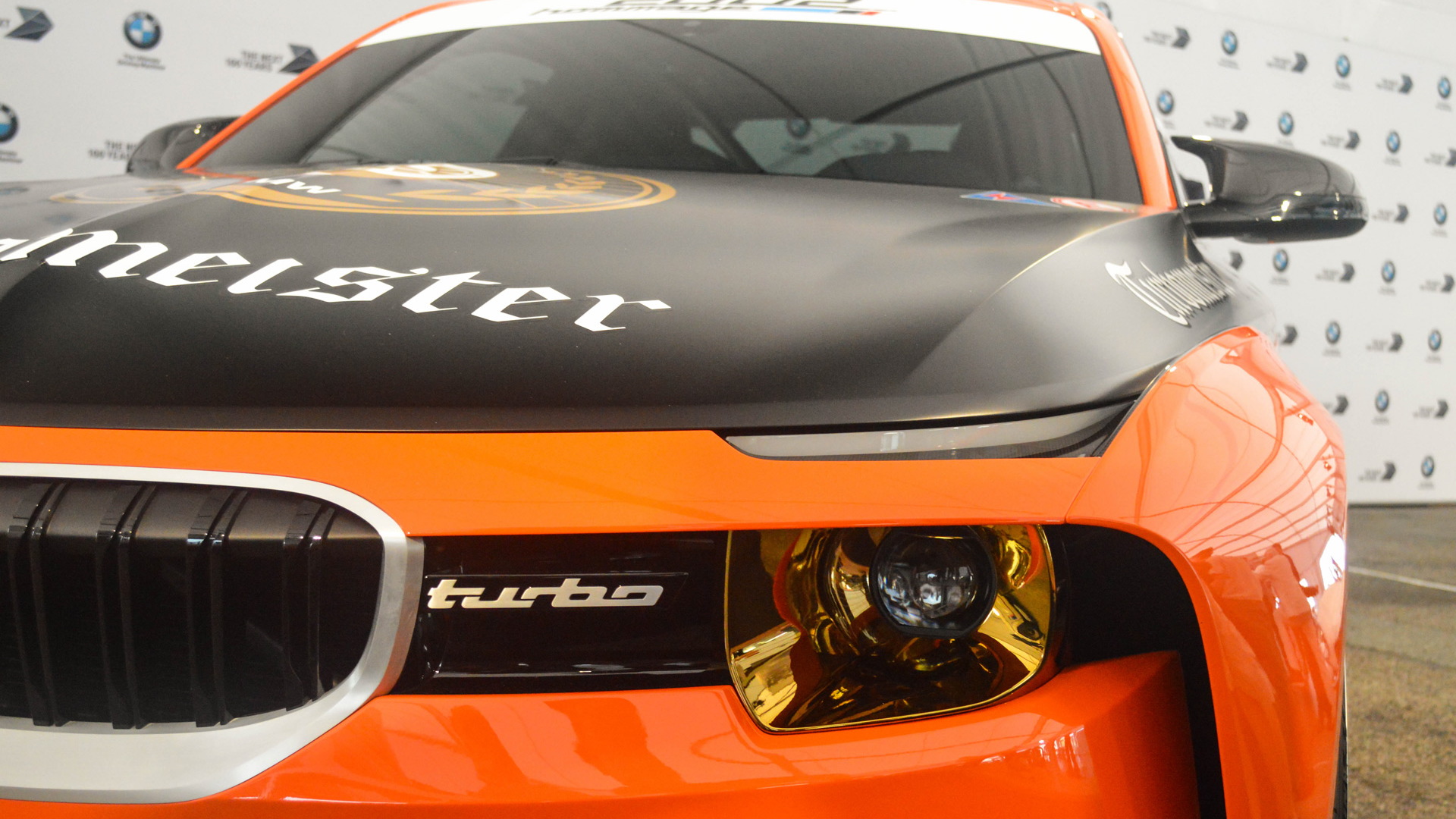 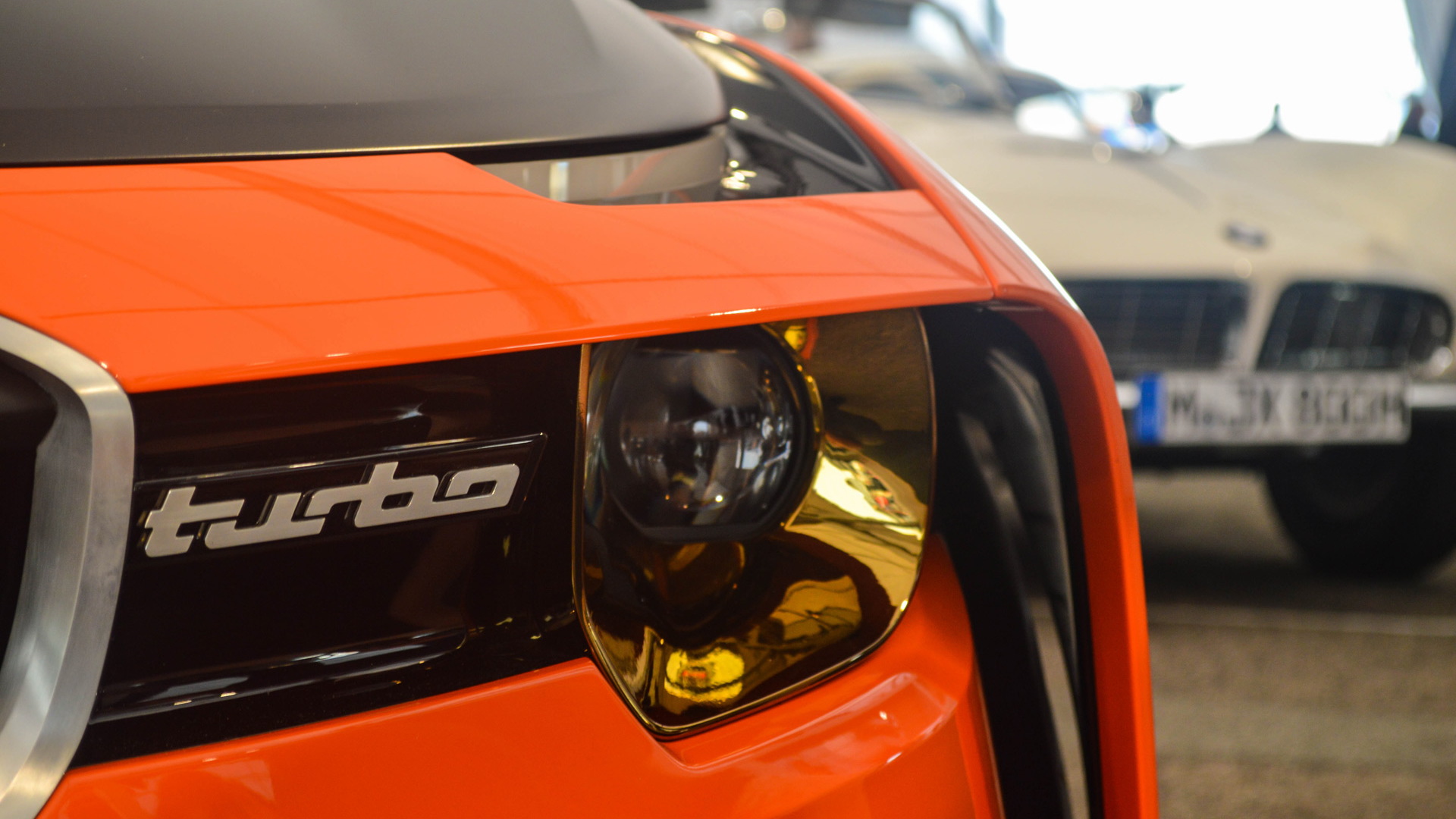 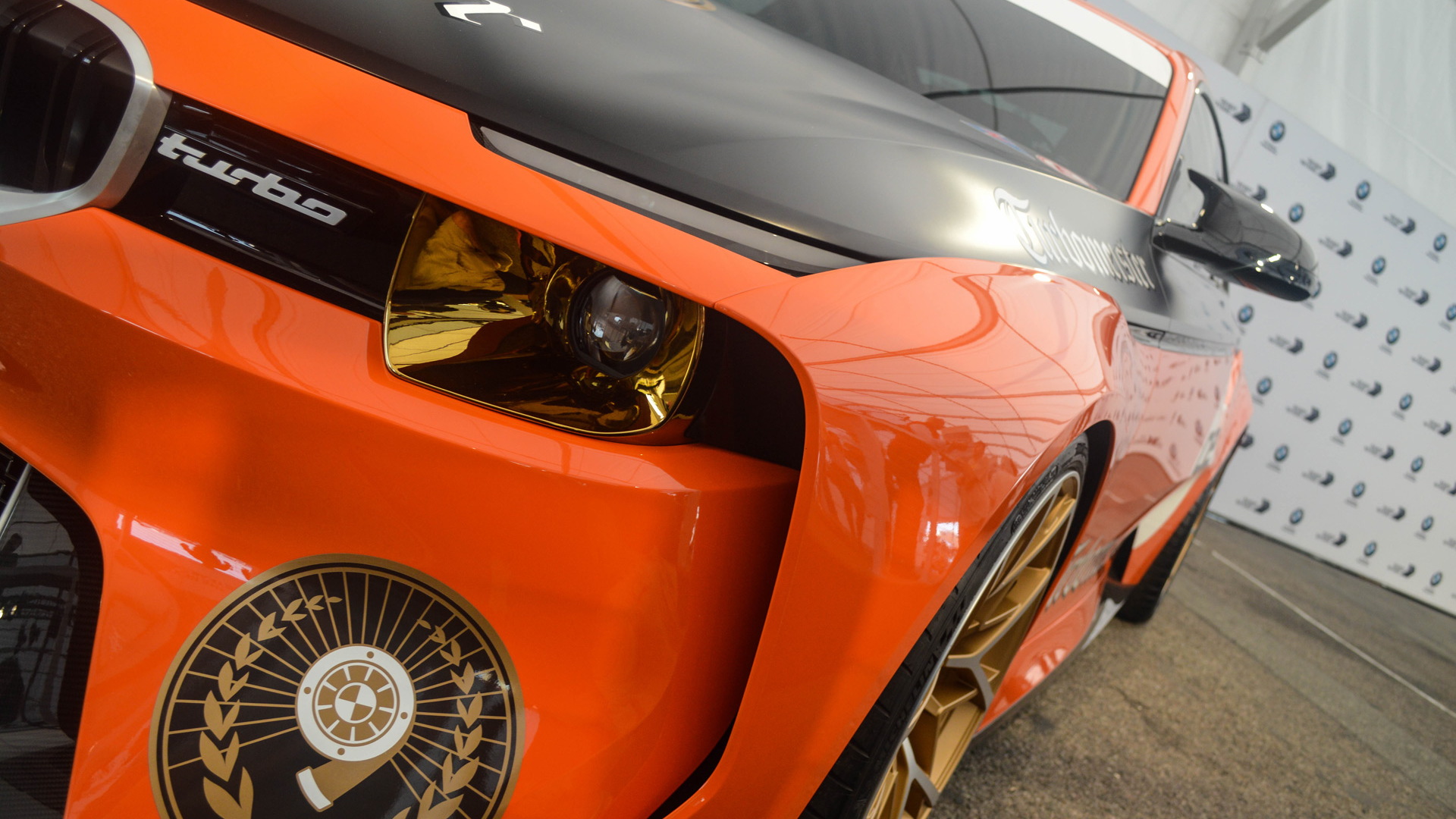 BMW trotted out a surprise concept car at the Concorso d'Eleganza Villa d'Este back in May.

It was called the 2002 Homage, and it started out life as a standard M2 before being completely transformed. So detailed were the changes that only the wide stance and roof gave away the donor car’s identity.

At this week’s 2016 Monterey Car Week, BMW unveiled an updated version of the 2002 Homage sporting a new livery with retro themes, as captured in the photos and video from YouTube channel Carspotter Jeroen. The updated concept will be shown at the The Quail, A Motorsports Gathering on Friday before being presented on the concept lawn at Sunday’s Pebble Beach Concours d’Elegance.

This year marks the 50th anniversary of the start of production of BMW’s 02 Series of coupes, and the 2002 Homage is a modern reimagining of the car. More specifically it honors the 2002 Turbo of 1973, one of the first turbocharged cars in production.

The 2002 Turbo is being praised for its past glory while the concept seeks to pay tribute to it with forward thinking style and sporty internals. It's an exercise in design that takes the idea of a past classic and brings it into today's world, and perhaps even a bit beyond. And the 365-horsepower M2 is the perfect platform for a modern 2002 Turbo to take shape.

The M2 is already the most fun car in the BMW lineup, from a pure driving perspective. The 2002 Hommage takes this dynamic quality and adds some visual flair. The front bumper is said to be fully functional though it also provides a clear link with the 2002 Turbo. Another highlight are the 20-inch alloys with gold paint work. Also worth a mention is the asymmetric BMW logo placement to the right of the rear license plate. This, too, is characteristic element of 02 rear styling.

“The BMW 2002 Hommage celebrates the extraordinary feats of engineering on which BMW turbo technology is based and reinterprets them in the form of a design study,” said the head of design at the BMW brand, Karim Habib, in a statement. “With its iconic orange/black paintwork, the car has a color scheme and livery synonymous in the minds of many motorsport fans with the triumphs of the 1970s.”

For more coverage on Monterey Car Week, head to our dedicated hub.