While the 2017 Aston Martin DB11 may not be the exact same car featured in "Spectre," the slinking grand-tourer is every bit the DB10's successor.

The differences? That car had an ejector seat and parachute; this car has active aerodynamics. That car slid through Vatican City at night; this car can actually be parked in your driveway.

After those, the gap narrows. Here are seven ways we say the Aston Martin DB11 is still a car worthy of 007. 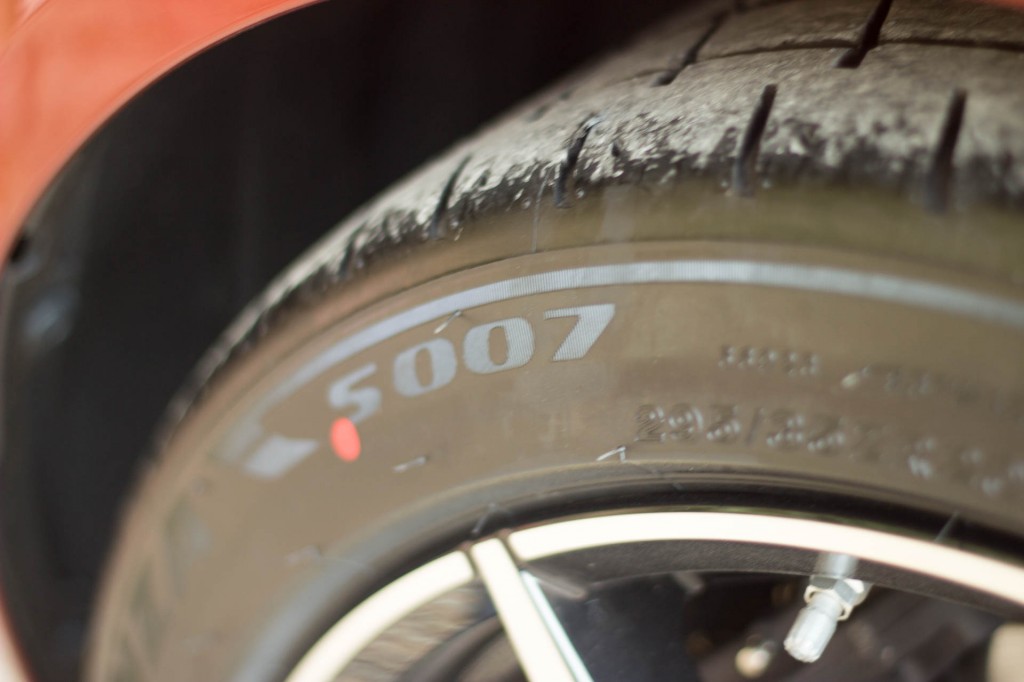 On Her Majesty's tires

See there? It has Bond's name right on the damn tires! Bridgestone specially made the tires for the DB11, a "007" set of rubbers wrapped around aluminum 20-inch wheels. Technically the specs are identical to Corvette tires: 255/40 ZR20s in front, 295/35 ZR20s in back, but that story is boring. 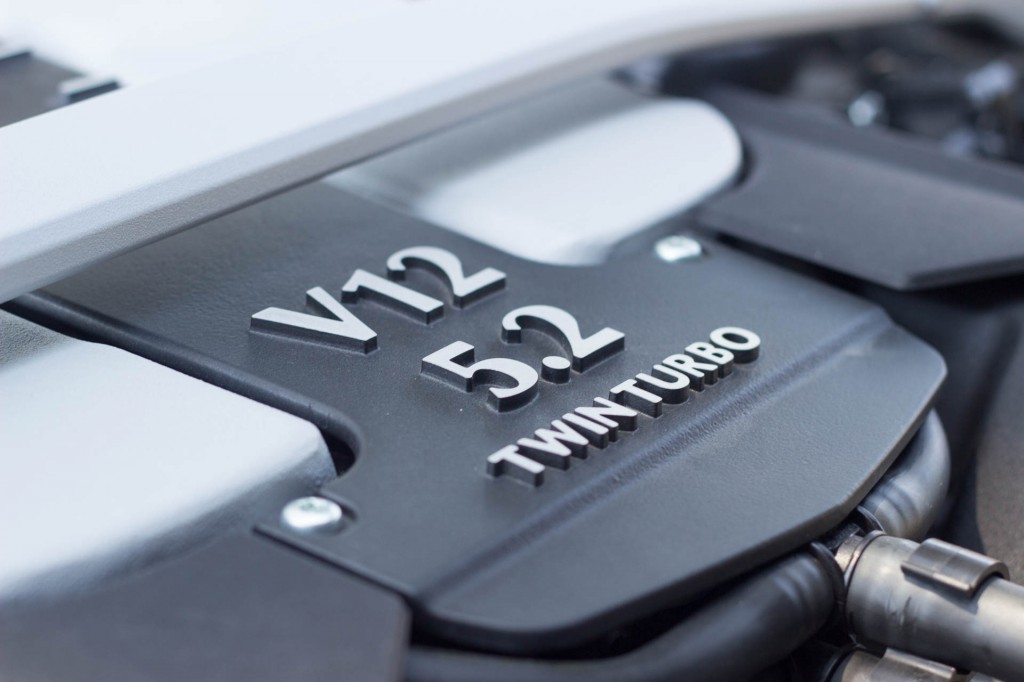 Not content with a V-12, like the DB9 had, Aston Martin let two turbos loose on the DB11's powerplant and the world's roads aren't enough. The 600 horsepower and 516 pound-feet of torque is good enough for a 3.9-second standing run up to 60 mph, but excessive power is uncivilized. The V-12's punch is a knockout.

For your downforce only

Not content to spoil the rear end with a fussy spoiler, Aston Martin engineers ducted air from the sides through the decklid to create a "virtual spoiler." The air alleviates the need for an ugly spoiler (although there is still a mechanically rising Gurney flap that comes up to help) but the DB11's seductive shape still holds at high speed. 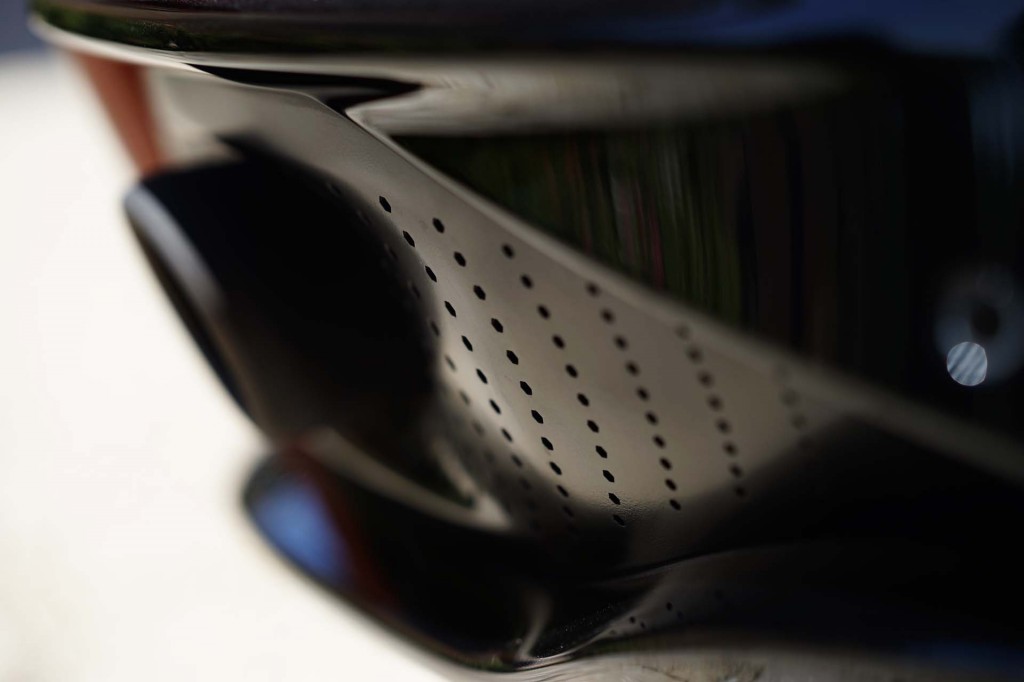 Twin tailpipes machine gun exhaust from the turbo-12 as part of Aston's siren call. Yes, that exhaust is still as mellifluous as before, but this time it can be tamed. A silent start can baffle those twin tips for cold starts to keep the neighbors from calling the real cops, or silent approaches for whatever it is that you do for a living. 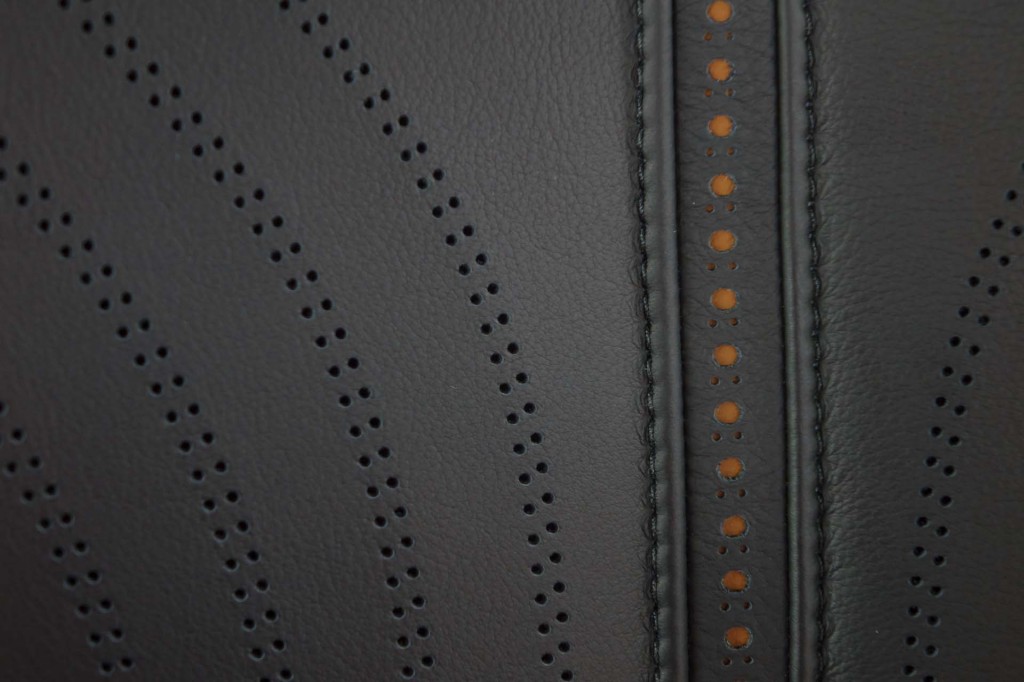 An interior view to kill

Stippled leather and bespoke touches help bring the DB11 from parts-bin to plush. In all, the DB11's interior is far more open than the cramped, bolted-in DB9, but it's the small details that set it apart. Crafted leather, conditioned to produce specific noises when rubbed only add to the experience. Finely crafted buttons click with a mechanical satisfaction like a chambered round in a Walther PPK. 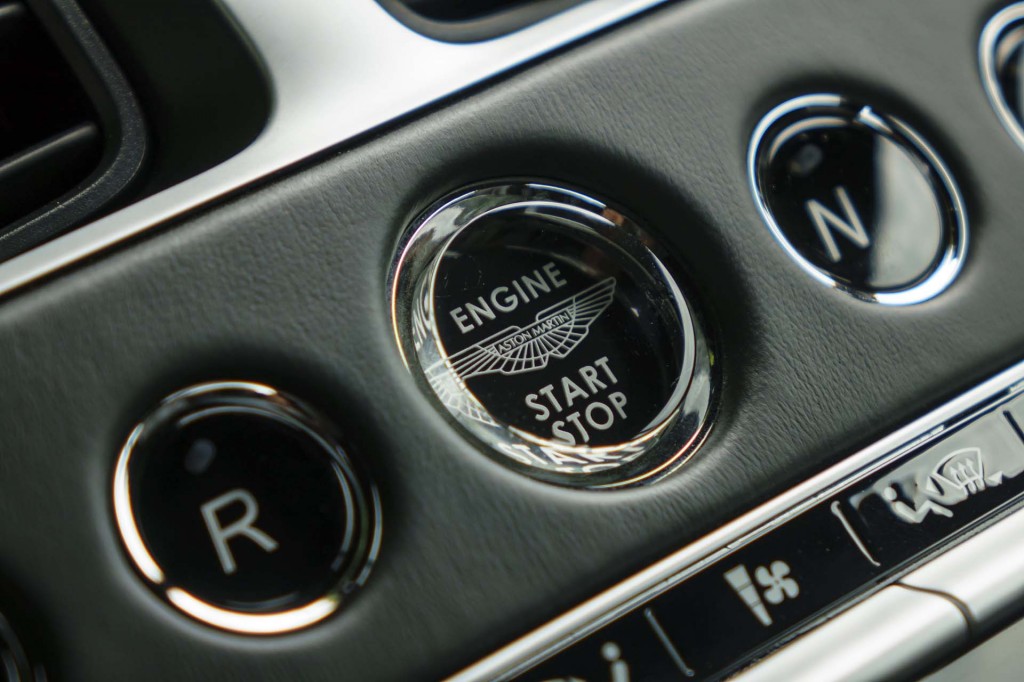 Beautiful buttons for your gold fingers

The glass ignition switch and transmission selector buttons may look like the ones in the DB9, but the feeling isn't the same. They all press with a firm, but not sticky, action that reminds us of the glory days of mechanical buttons. The DB11 has touch-sensitive controls, but thankfully these buttons are forever. 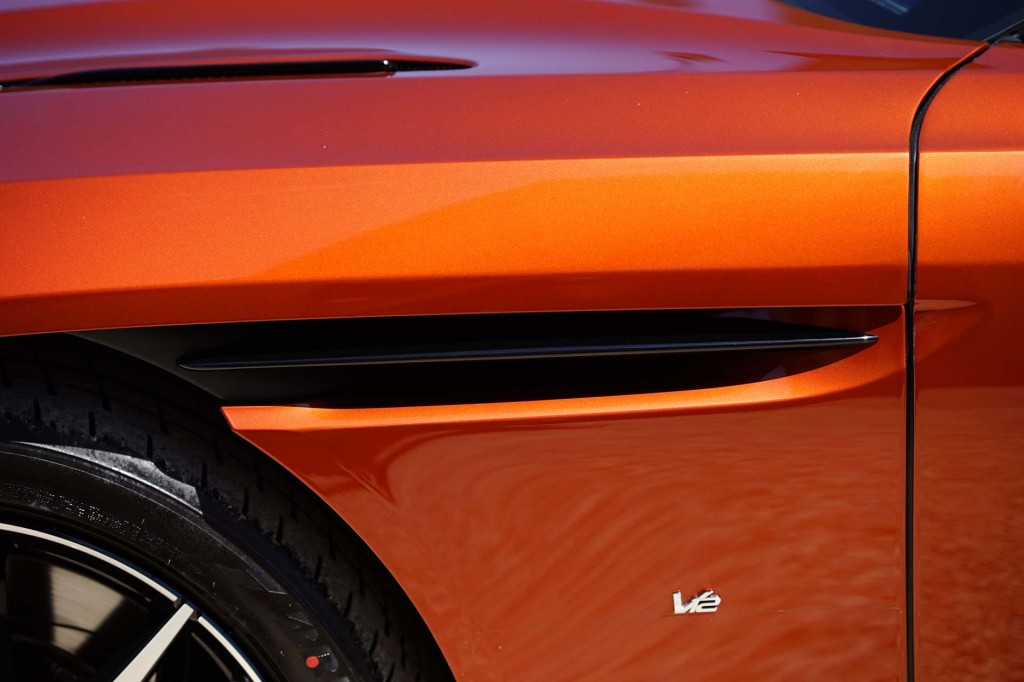 Active aerodynamics on the DB11 do more than look cool. Strakes from the front wheel arches help remove high-pressure air buildups from the front tires to direct air away from the car in a curlicue that actually helps reduce drag. From wind tunnels, with love.