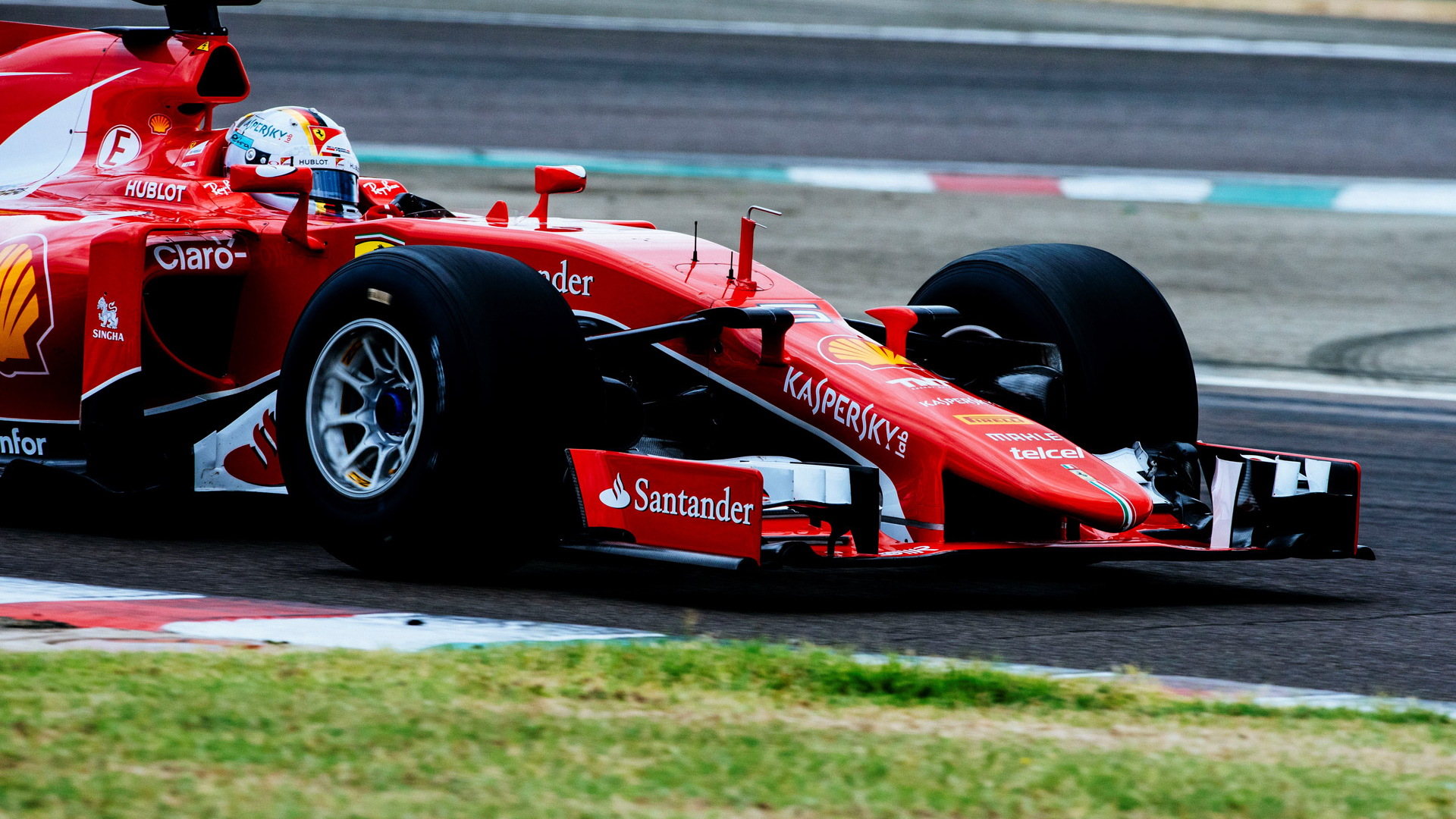 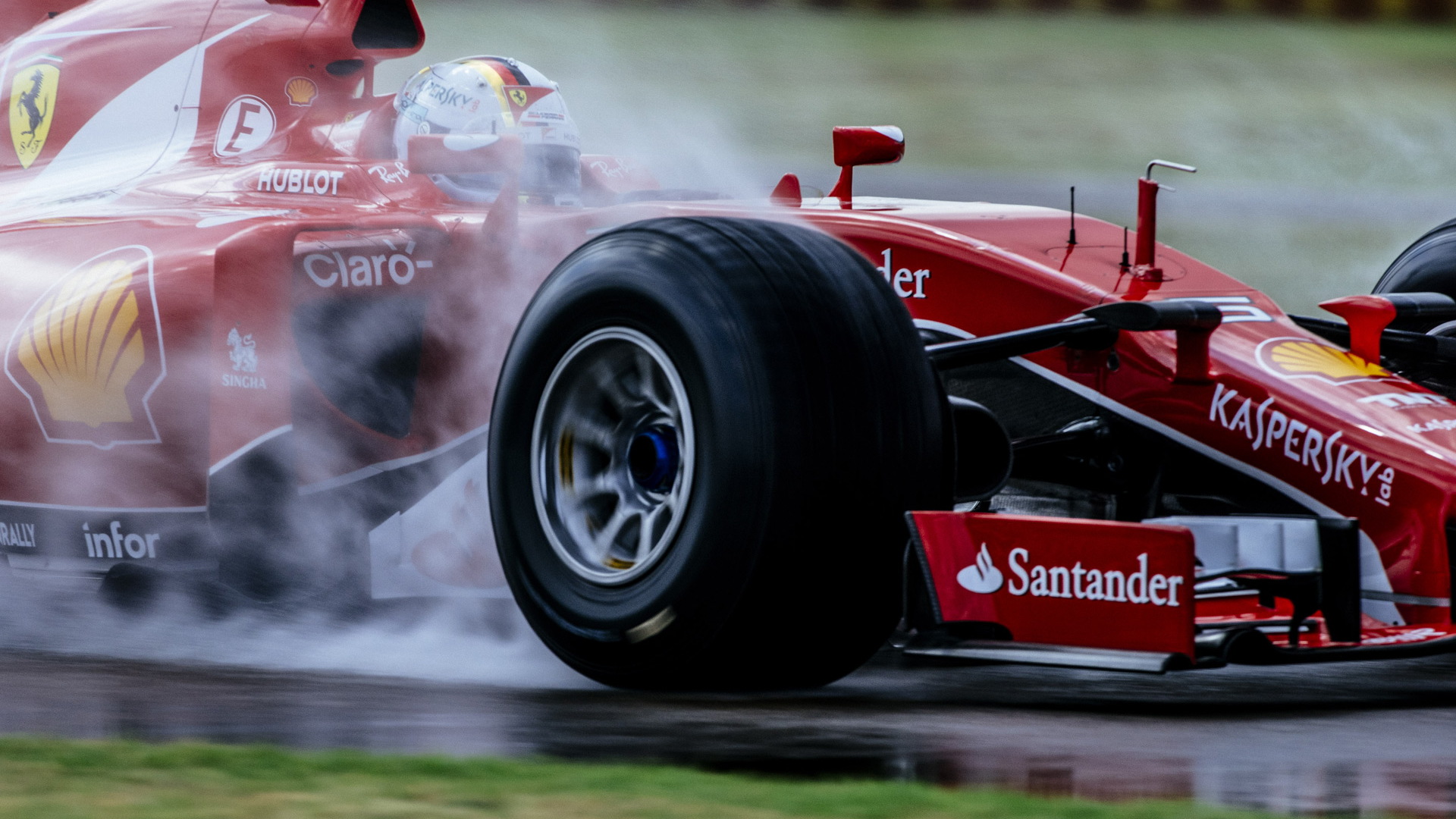 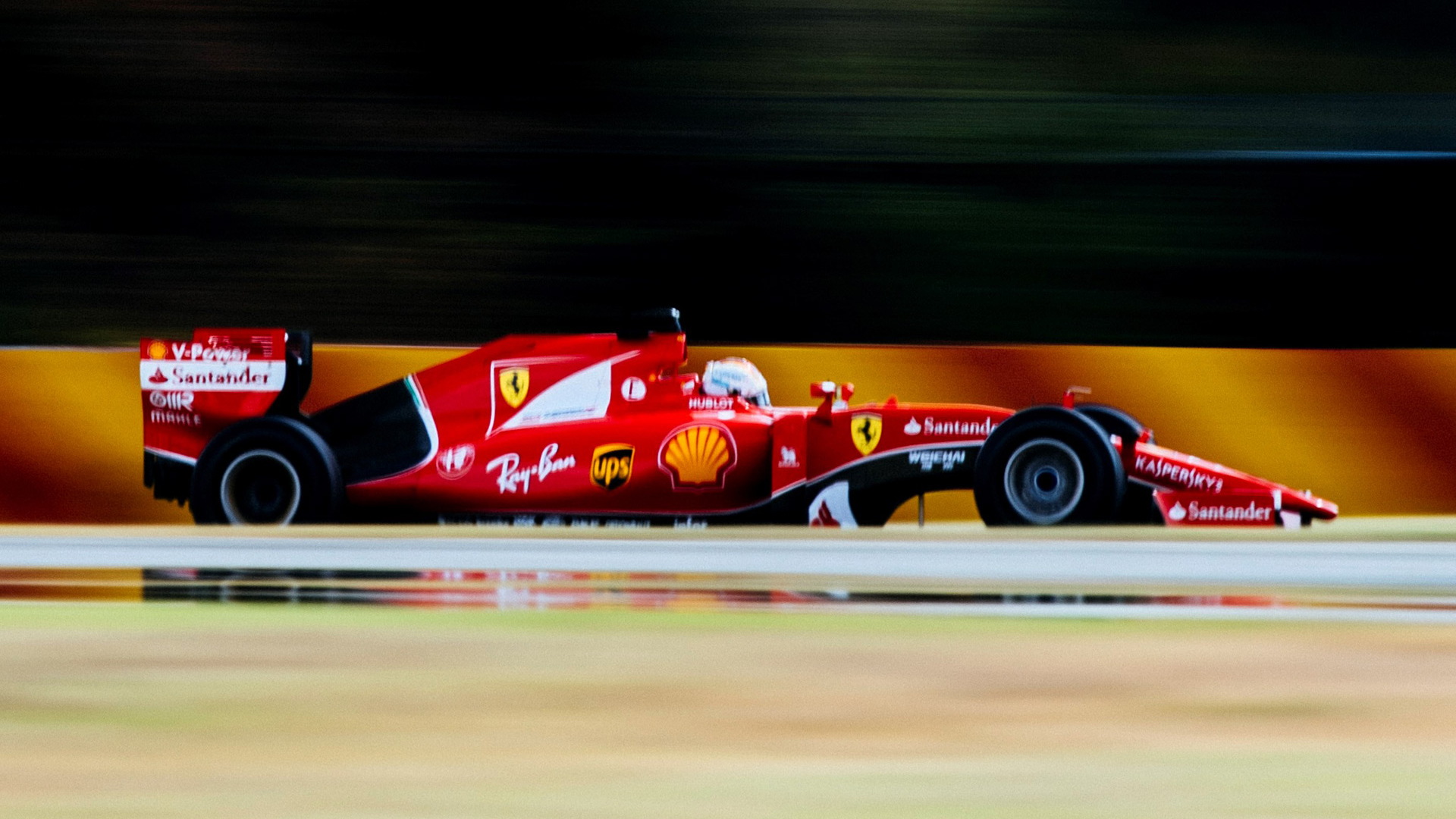 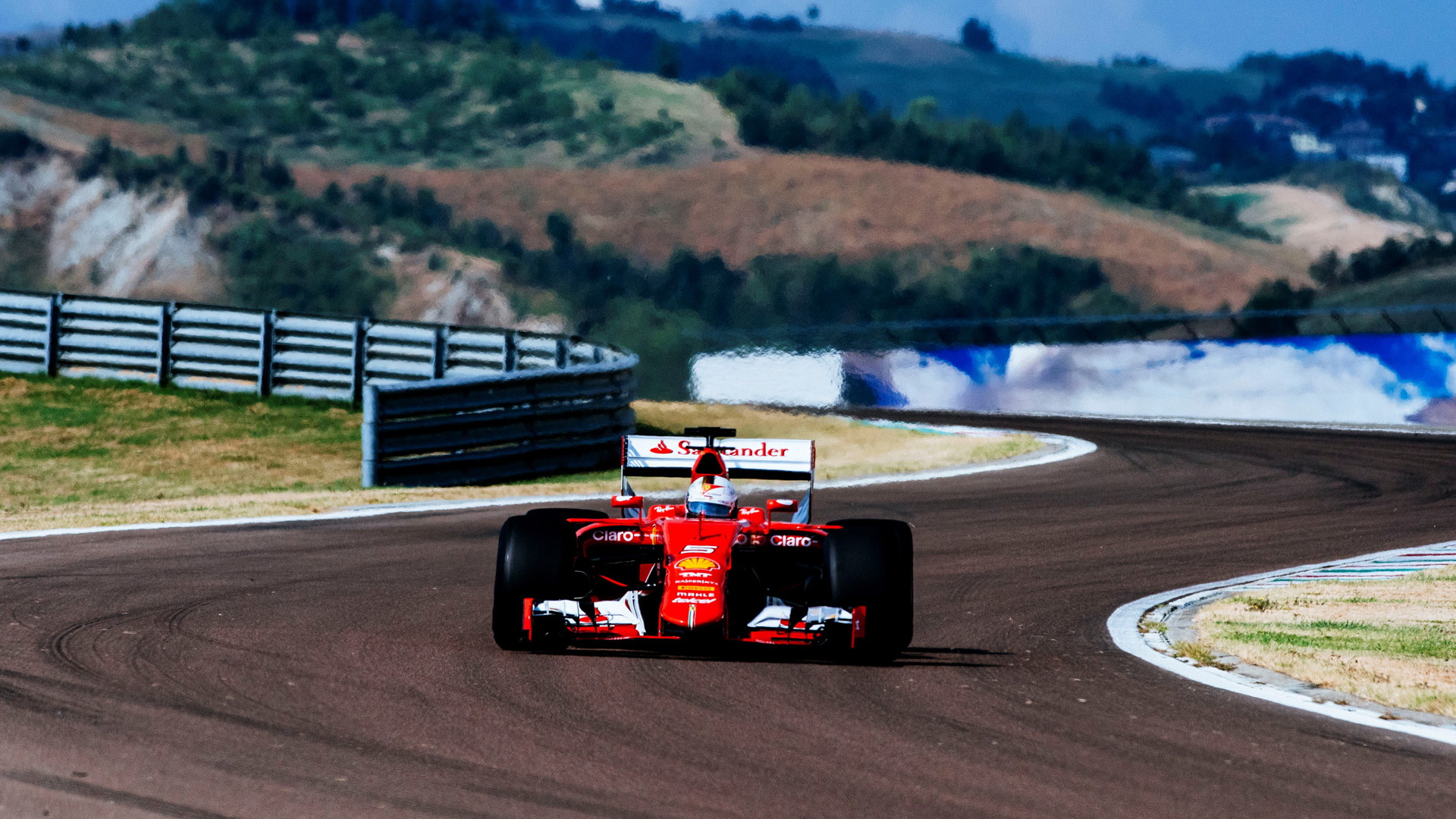 There are some radical changes coming to Formula One in 2017.

The list includes longer, wider cars and much wider tires. The changes are aimed at increasing downforce and grip, which should lead to higher speeds and thus faster lap times.

Earlier today we were treated with a preview of what the new cars will partially look like thanks to a tire test conducted by Ferrari [NYSE:RACE] and official supplier Pirelli.

Star driver Sebastian Vettel tested a 2015-spec Ferrari F1 car fitted with the extra-wide tires to be adopted in 2017 as well as some other mods to simulate the new season’s aerodynamic rules. The wheel size remains at 13 inches in diameter but the tires now measure a massive 305/670 at the front and 405/670 at the rear. That compares to 245/660 and 325/660 front and rear, respectively, at present.

Vettel completed a series of runs using various specifications of wet weather tires. The German did 120 laps and tomorrow he hands over to Haas’ Esteban Gutierrez. Red Bull Racing will test the slick design on Wednesday and Thursday. Mercedes AMG will get its first taste of the new tires in early September.

Unfortunately we won’t be seeing new cockpit protection introduced to F1 until 2018. The F1 Strategy Group opposed introducing one of the proposed systems, such as the Halo, for the 2017 season as it deemed further testing was required.