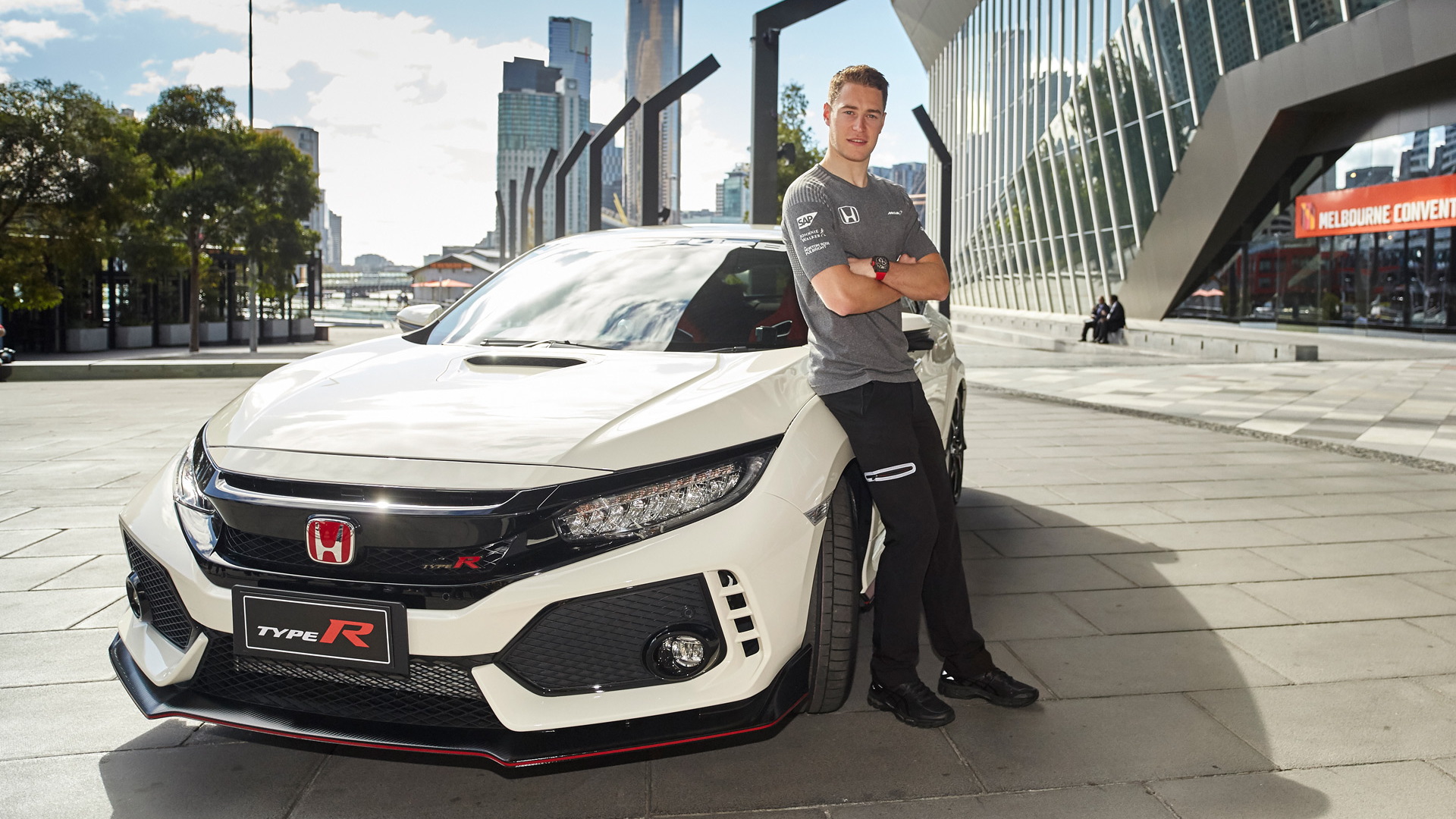 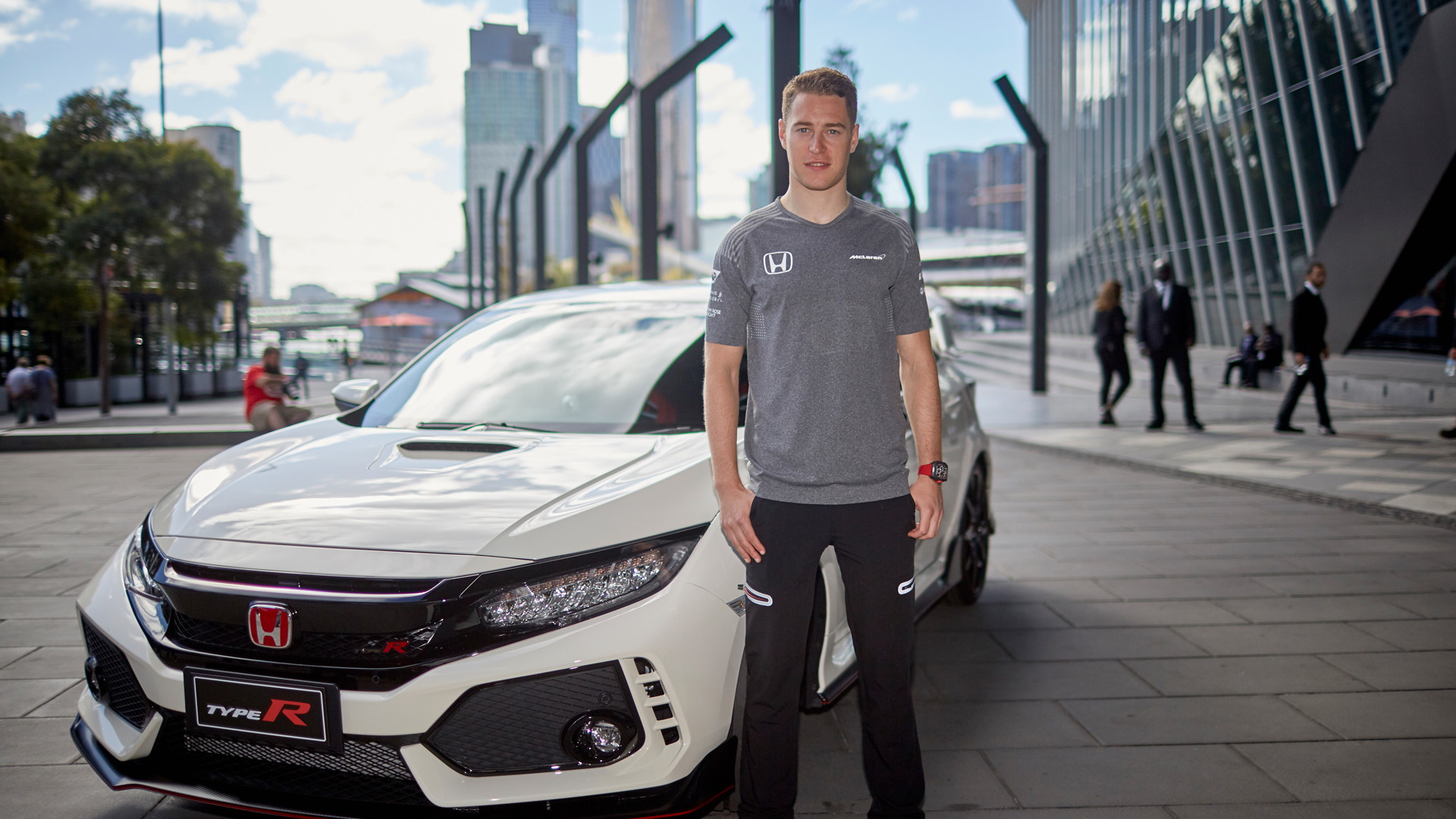 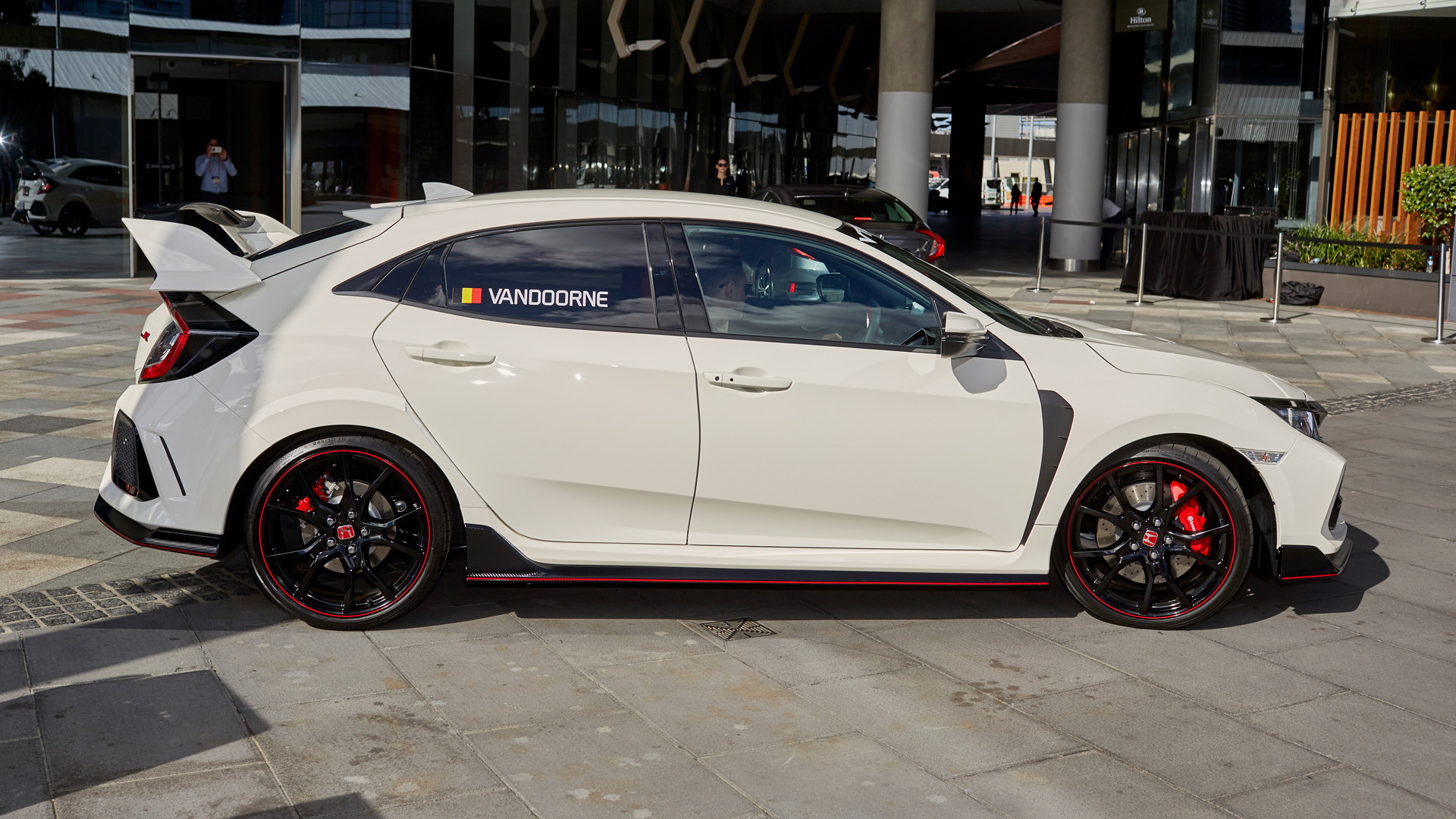 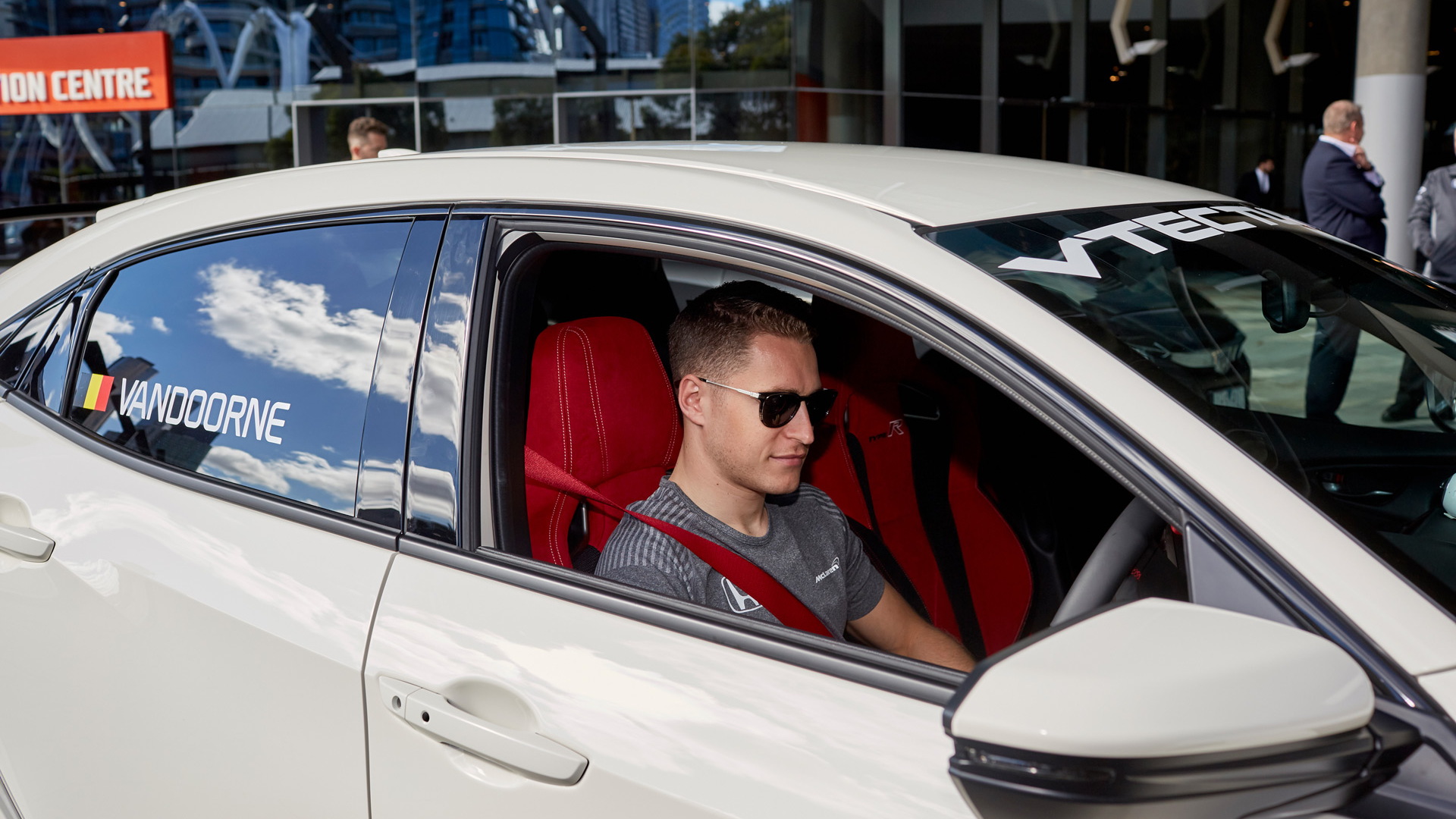 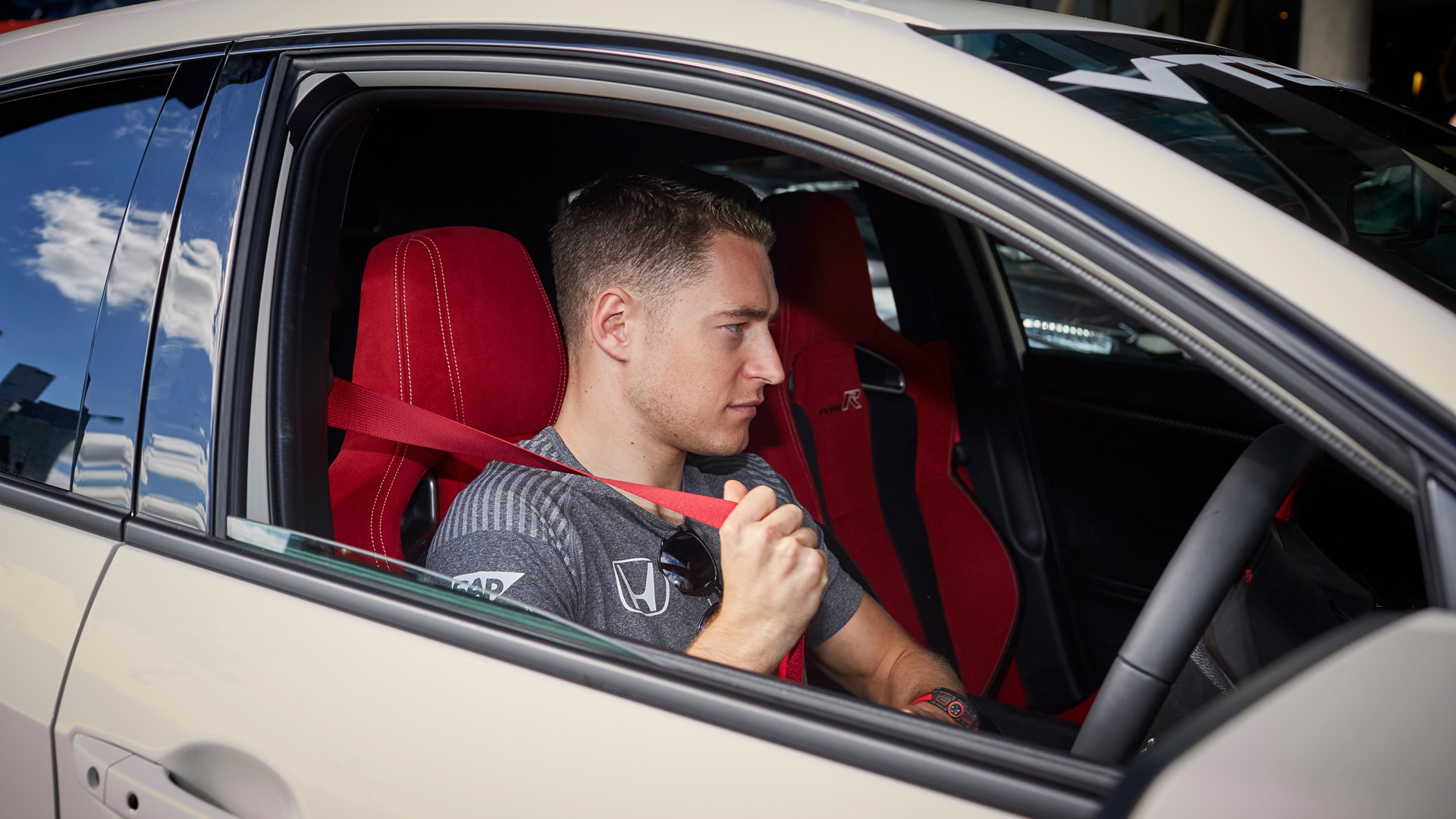 McLaren Formula One driver Stoffel Vandoorne took some time out from his busy schedule for this weekend’s 2017 Australian Grand Prix to sample the 2017 Honda Civic Type R.

Vandoorne, whose McLaren race car is also powered by a Honda engine, is one of the first people outside of Honda to get behind the wheel of the hot hatch.

“It’s a superb looking car and faithful to the ethos of what makes the Type R great—a superb engine, excellent dynamics and Honda’s proven quality and reliability,” Vandoorne said of the car.

The newest Civic Type R made its world debut on March 7 at the 2017 Geneva auto show. It’s due on sale in the United States in late spring and will likely be priced to match rivals like the Ford Focus RS, Subaru WRX STI and Volkswagen Golf R.

It’s bringing to the fight a turbocharged 2.0-liter inline-4 delivering 306 horsepower and 295 pound-feet of torque, but uniquely only the front wheels are driven on the car. The only transmission is a 6-speed manual with rev-matching. It will be interesting to see how this front-driver stacks up against its all-wheel-drive rivals when we finally test it.

Unfortunately for Vandoorne and his teammate Fernando Alonso, the Honda engine and associated hybrid tech fitted to their McLarens is proving once again to be underpowered and unreliable. Alonso ranked 12th after Friday's practice at the Australian GP and Vandoorne was 17th. McLaren is under contract with Honda until 2024 but there are rumors the deal may be ended early. McLaren is Honda’s sole customer so any break in the deal will likely see the Japanese firm bow out of F1 again.