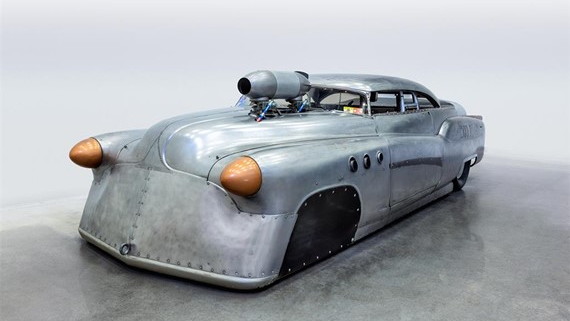 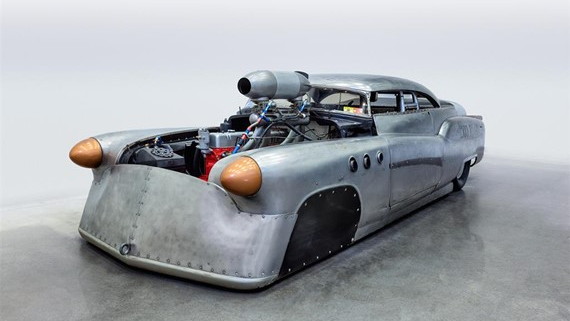 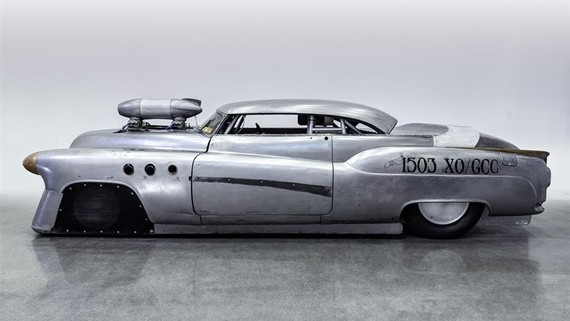 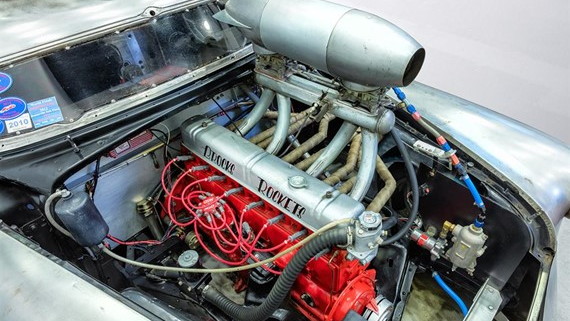 It is safe to say that this 1952 Buick Super Riviera looked nothing like it does today when it rolled off the assembly line and made its way to its first owner. Nothing General Motors had in mind for it can compare to what racer Jeff Brock did to it decades later.

Christened "Bombshell Betty," the eye-catching Buick is not only a piece of rolling art, it's a land speed record holder and a six-time class champion clocked at 165.735 mph in 2013.

Pulled out of an abandoned sawmill near Phoenix, Arizona, in 2008, the Buick was solid but tired. Brock, an sculptor by trade based in Santa Fe, New Mexico, set about creating a bare metal racer that was as attractive as it was fast. With its chopped top and period details, the Buick is the kind of dream machine that is normally either modeled or drawn, not actually created.

Bombshell Betty is powered by a bored out Buick straight-8 engine and it boasts a wide range of go-fast goodies from a variety of sources, but its appearance is what may be most appealing to its next owner. Currently up for sale on The DuPont Registry, the Buick is listed with a $195,000 asking price. It was featured in Hot Rod magazine a couple years ago, giving it some provenance.

ALSO SEE: Jay Leno crashes in the Hemi Under Glass

If you want to bid on it, check out the listing. In the meantime, you can check out the accompanying video of the car's record run in 2012, which it bested a year later.

No matter who buys it, let's hope Betty's next caretaker lavishes just as much love on her as Brock has.