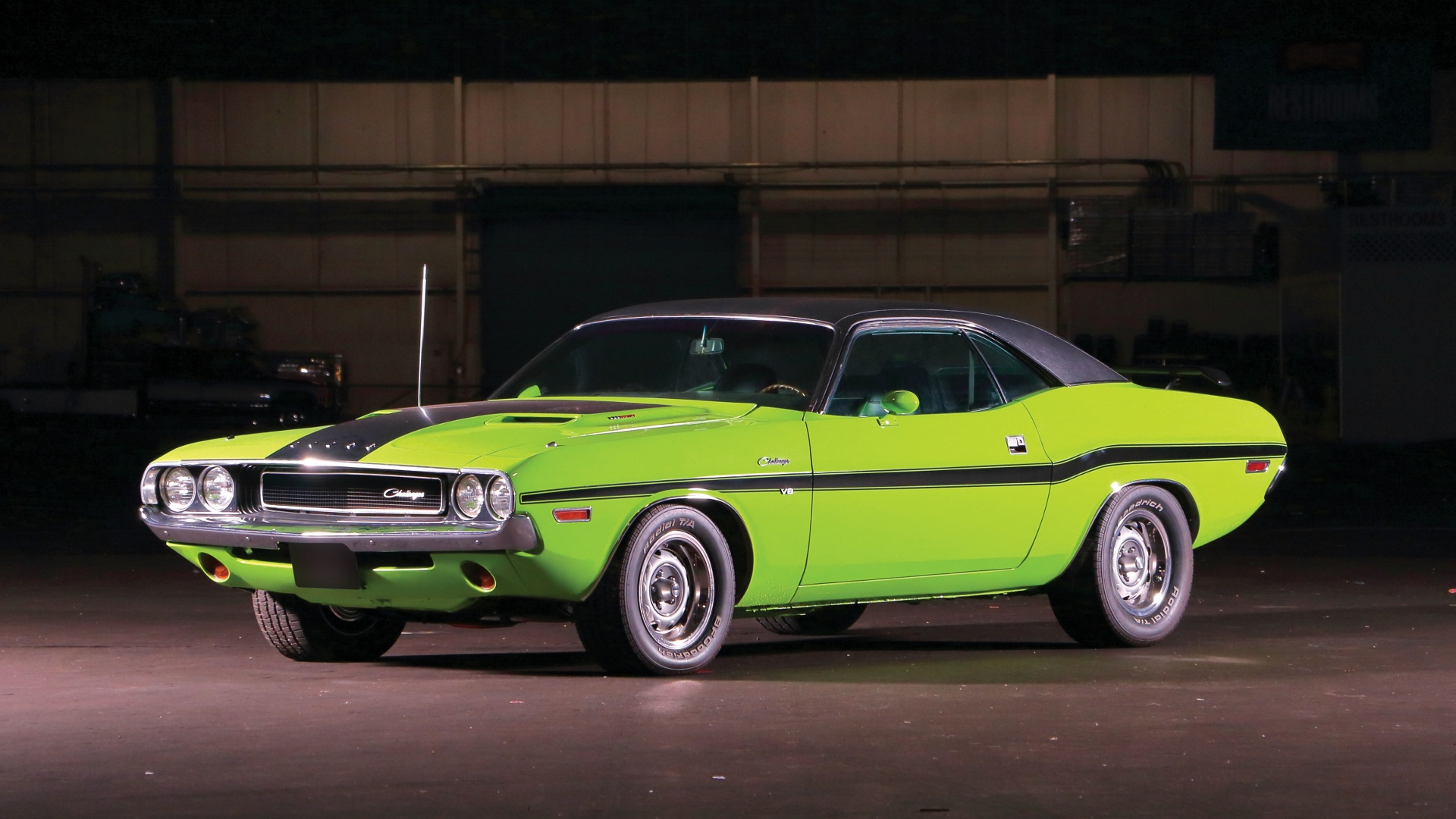 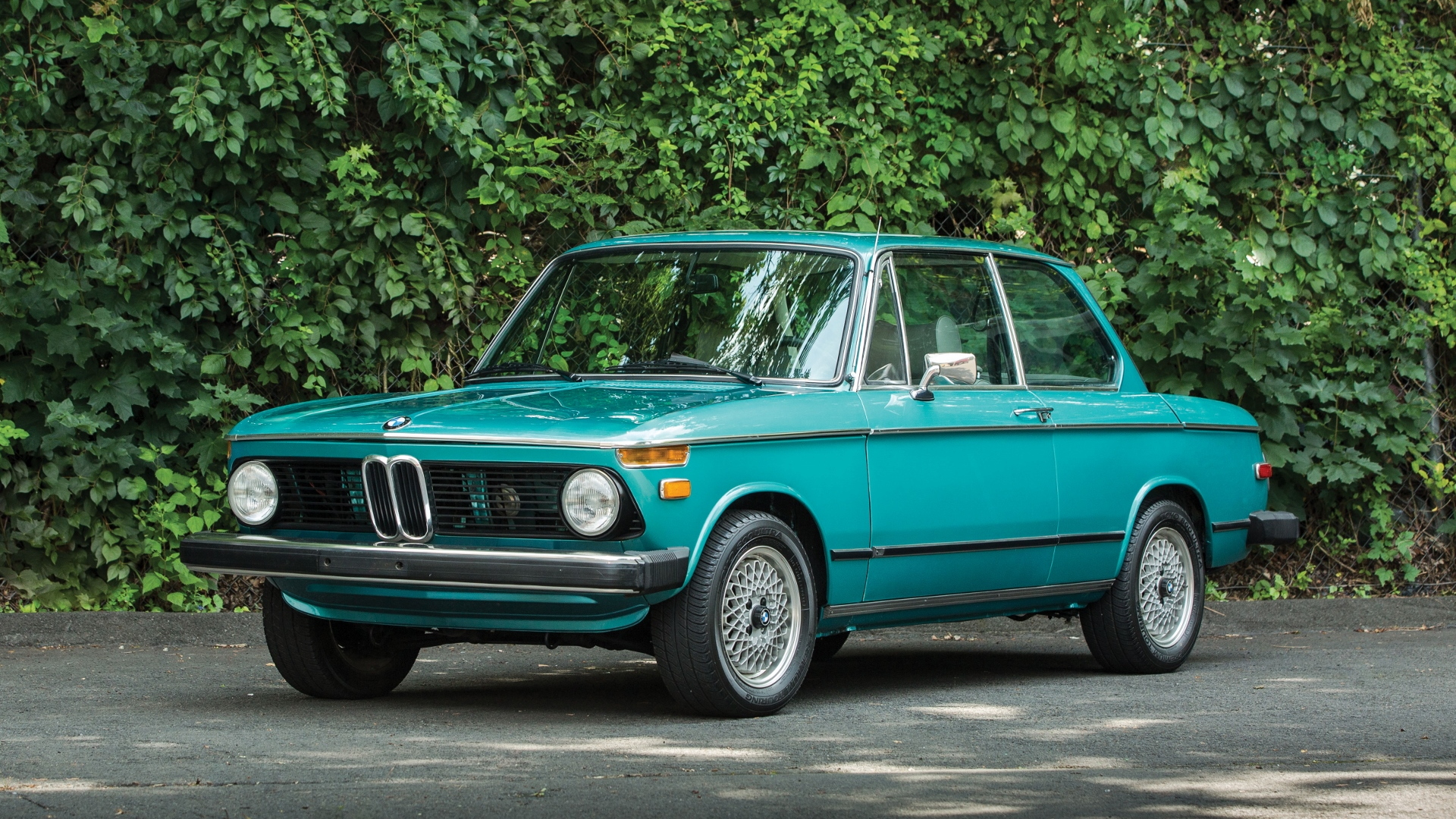 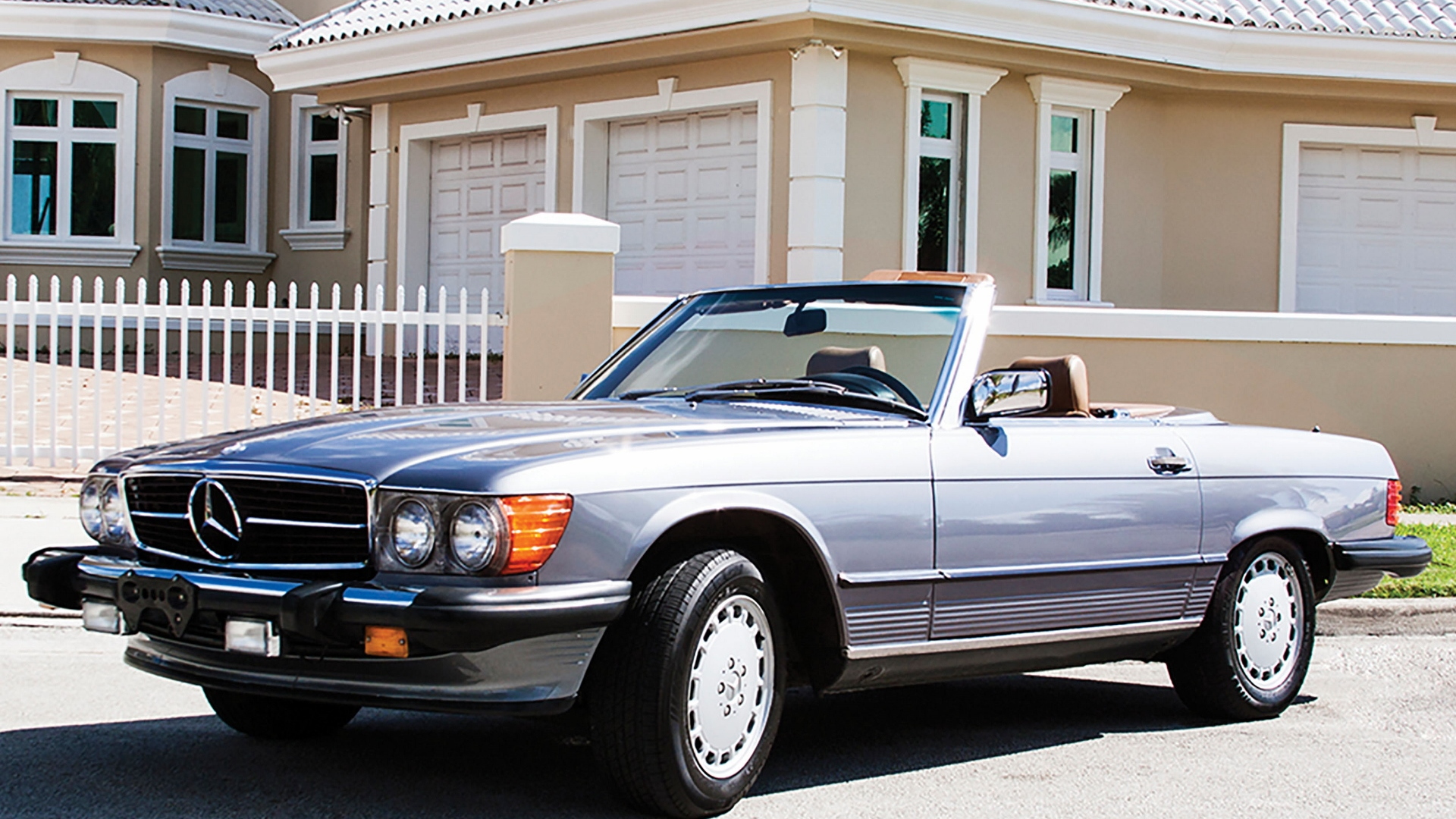 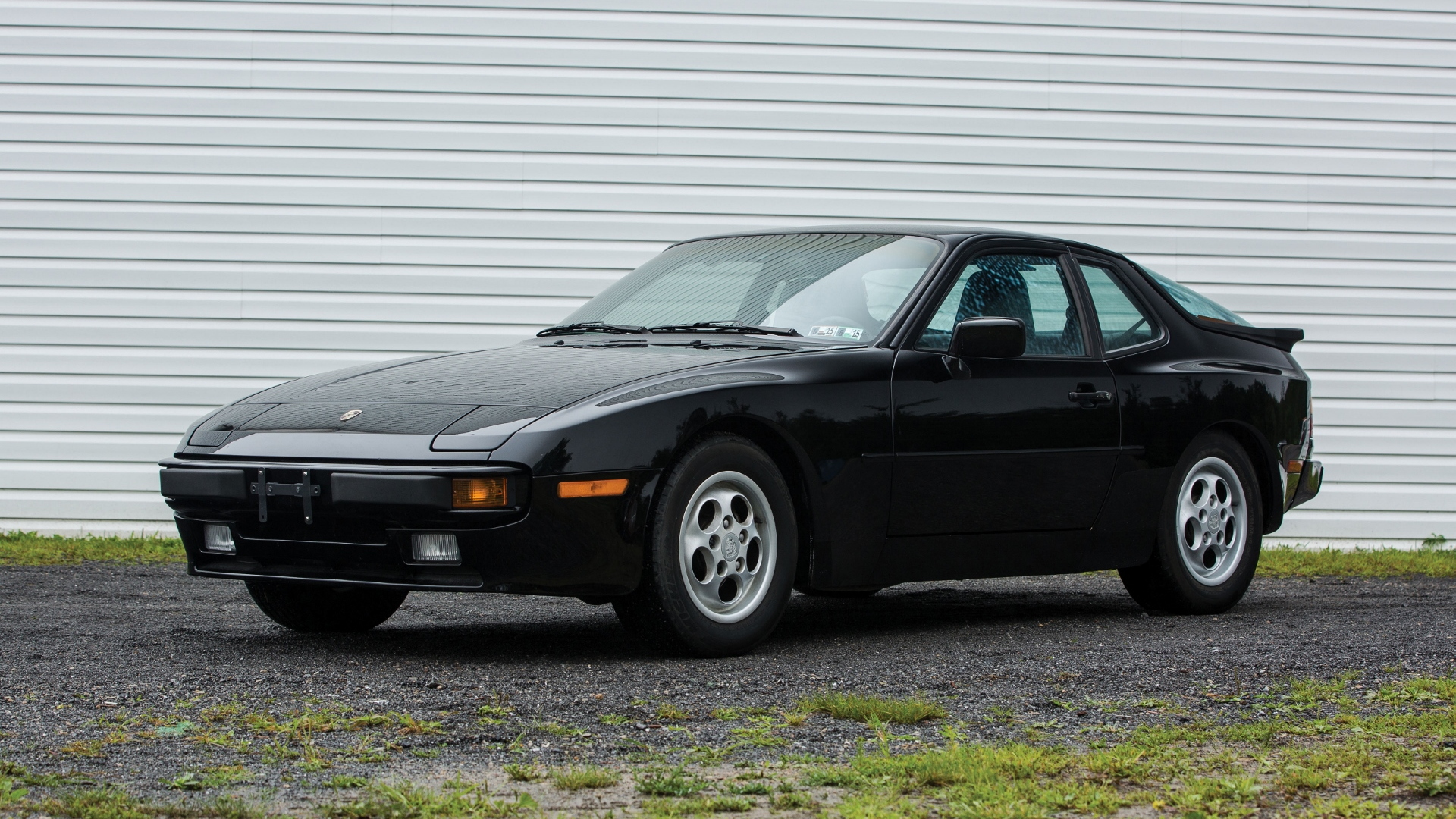 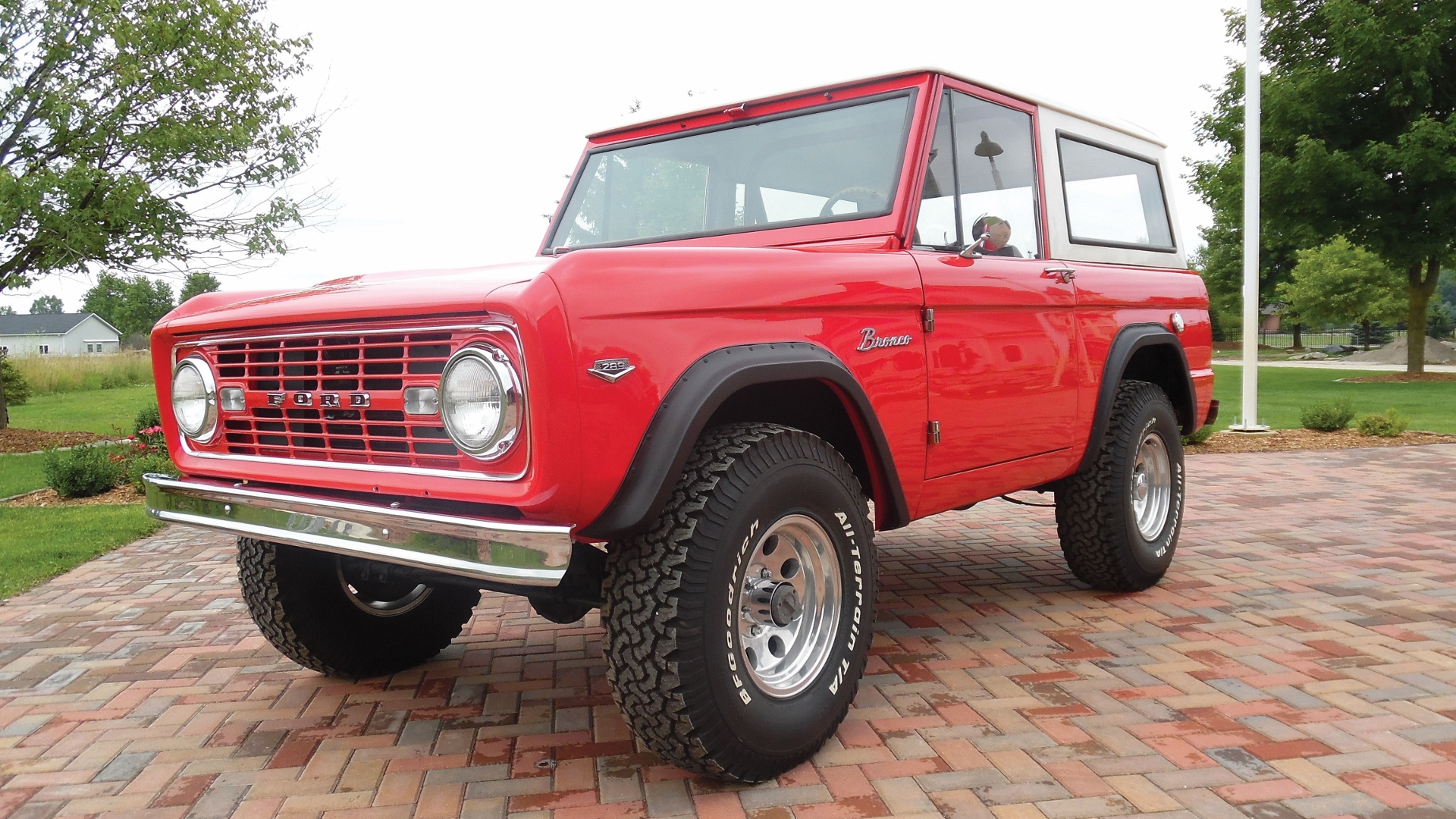 As the weather turns warmer and the sun starts to shine, car guys get fidgety. When we see our first classic car on the road, our thoughts turn to the collector cars we'd like in our own garages. And then the summer buying season begins.

Hagerty, as the leading insurance provider of classic cars, studies the collector car market. Just as summer begins, Hagerty has published its list of the 10 hottest collector cars of the summer. The list is based on value trends, quote activity, private sales, and other factors.

Cars of the 1980s and 1990s have gained traction in recent years and that continues this year. “The major trend continues to be the clear emergence of modern classics from the 1980s and newer with new interest from younger buyers,” said McKeel Hagerty, CEO of Hagerty.

Hagerty ranks its top ten based price appreciation and demand in the marketplace over the past 12 month. Here we present Hagerty's list:

The BMW 2002 is credited as the first sport sedan. The predecessor to the 3-Series, the 2002 evolved from the 1600, replacing an 84-horsepower 1.6-liter 4-cylinder with a 2.0-liter four making 100 horses. The bigger engine in the small package gave the car decent power for the era. A tii model was added for 1972, boasting a fuel-injected version of the 2.0 that pushed output to 130 horsepower. Values of the 2002 have risen 18 percent in the Hagerty Price Guide over the last eight months. The tii is the most desired model. Hagerty says a 1974 2002 tii starts at $26,800 on the collector market.

With the introduction of the Challenger for 1970, Dodge got its first pony car. Small block offerings were meant for Trans-Am racing duty, but big-block variants were more in the muscle car mold. The R/T model came standard with a 335-horsepower 383-cubic inch V-8, but buyers could also get the 390-horse 440 Six Pack and the 425-horse 426 Hemi. Unfortunately, the Hemi disappeared after 1971 and by 1974 the highest output was 245 horsepower from a 360-ci V-8. Nonetheless, beautiful design and bright colors from Dodge's High Impact palette made the Challenger an eye catcher throughout its run. Hagerty says Mopar muscle car values dropped during the recession, but they have recovered over the past year, with the number of cars offered up 17 percent and the average sale price up 41 percent. Today, collectors can expect to pay $36,200 for a 1970 Challenger.

The F355 replaced the 348 in 1994 and helped save a struggling Ferrari. Initially offered as a Berlinetta coupe or an open-top targa, a convertible Spyder made its debut the next year. Some 1,800 hours of wind tunnel testing influenced the slippery shape. With a 375-horsepower 3.5-liter V-8 behind the driver, the F355 proved that all great Ferrari's didn't have to have a V-12. Zero to 60 mph took 4.9 seconds and the car could reach a top speed of 183 mph. According to Hagerty, F355 price gains have lagged other Ferrari models over the past five years, making them relative bargains. However, over the last 12 months, pricing in the Hagerty Price Guide has increased 39 percent. Hagerty quotes today's price for a 1997 F355 at $68,900.

With vehicles like the Jeep CJ-5 and International Harvester Scout attracting buyers that today's automakers would call "active lifestyle" types, Ford introduced its own adventure buggy in 1966, the Bronco. It rode a short 92-inch wheelbase (the current Wrangler has a 95.4-inch wheelbase), and featured its own dedicated architecture, though both axles came from the F-100 pickup. Wagon, half-cab, and roadster body styles were offered. The initial engines were a 170-cubic-inch straight-6 and a 289-ci V-8, and those eventually gave way to a 200-ci straight-6 and a 302-ci V-8. Hagerty says the reliability and ready parts availability of the Bronco makes it a great first-time collector vehicle, and buyers are responding as the private market is heating up. According to Hagerty, the point of entry for a 1966 Bronco is $24,800.

Chrysler Corporation went out on a limb to build a couple of unique specialty cars in the 1990s under the direction of noted product man Bob Lutz. First was the Dodge Viper and then came the Plymouth (and later Chrysler) Prowler. With the look of a modern hot rod, it certainly drew attention, but it was far from practical. A 3.5-liter V-6 put out a respectable 253 horsepower, but purists felt it should have had a V-8. Hagerty says the Prowler has been one of the hottest cars at auction over the last 12 months, with a 9-percent increase in the number offered, a 6-percent increase in average sale price, and a strong sell-through rate of 72 percent. A 2000 Prowler cost about $45,000 new, and today they typically fetch about $32,000.

BMW developed the original M3, known as the E30, as a race car, but needed to produce 5,000 street cars for homologation purposes. Horsepower from the 16-valve 2.3-liter 4-cylinder started at 192 and topped out at 235 in a larger 2.5-liter version in the M3 Sport Evolution. BMW employed a special gluing process for the front and rear windows to stiffen the structure, and the front axle was completely new to improve steering and handling. As a race car, it claimed more than 1,500 victories. For those who want one today, your time may have passed. Values published in the Hagerty Price Guide have increased 86 percent over the last 8 months. A 1990 M3 ran $35,000 when new. Today, collector pricing starts at $76,100.

Chevrolet redesigned its pickups for the 1973 model year, adding several innovations. A full-time four-wheel-drive system that could handle dry pavement was now available, and so were a six-passenger crew cab body style, and a heavy duty duallie with four rear wheels. Pickups have been growing in popularity among collectors for five years, and the 1967-'72 generation Chevy pickups have been the trucks of choice. Hagerty says this is the first time the 1973-'87 C/K trucks have surged past the previous generation in popularity. According to Hagerty, the private sector is driving the growth, with a 9.5-percent increase in the number offered privately, an 11-percent rise in average sale price, and more than 38 percent of the private sale trucks selling for more than their insured values. As an example, a 1973 C10 starts $12,200 on the collector market.

Jeep can't make enough Wranglers, and now its predecessor, the CJ-7, is rising in popularity among collectors. The CJ-7 was introduced in 1976 as a longer, more practical version of the CJ-5. It's wheelbase was 10 inches longer, and its frame was flared at the rear to widen the rear suspension and improve handling. A removable hardtop and steel doors were available. Buyers could opt for 4-, 6-, or 8-cylinder engines. Hagerty notes that special edition packages like the “Limited” and “Jamboree Edition” get the most interest, but any CJ-7 is hot. Hagerty is seeing a 120-percent increase in insurance quote activity over the last 12 months, a sure sign of rising demand. Buyers can expect to pay around $12,900 for a 1983 CJ-7 Laredo.