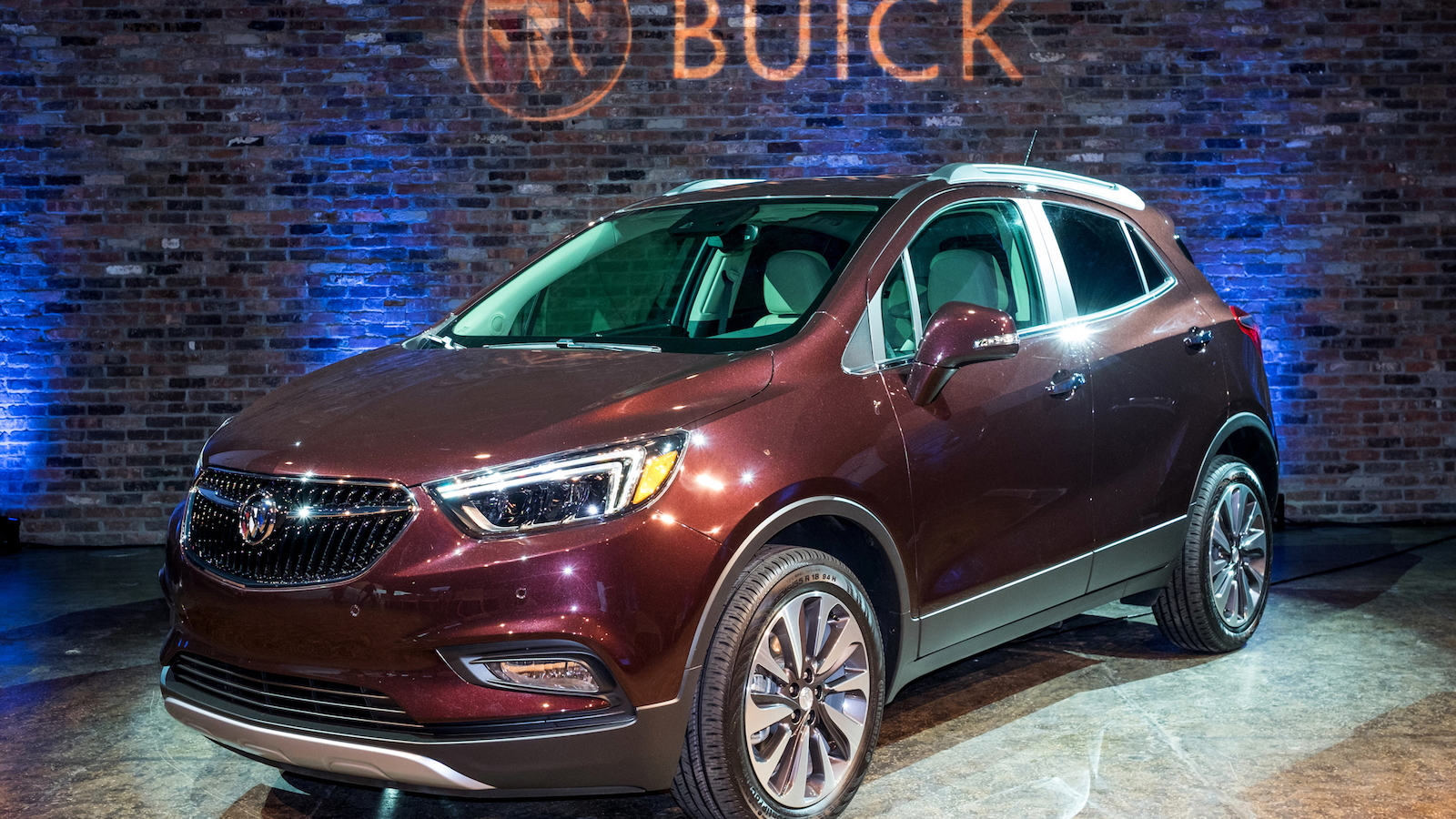 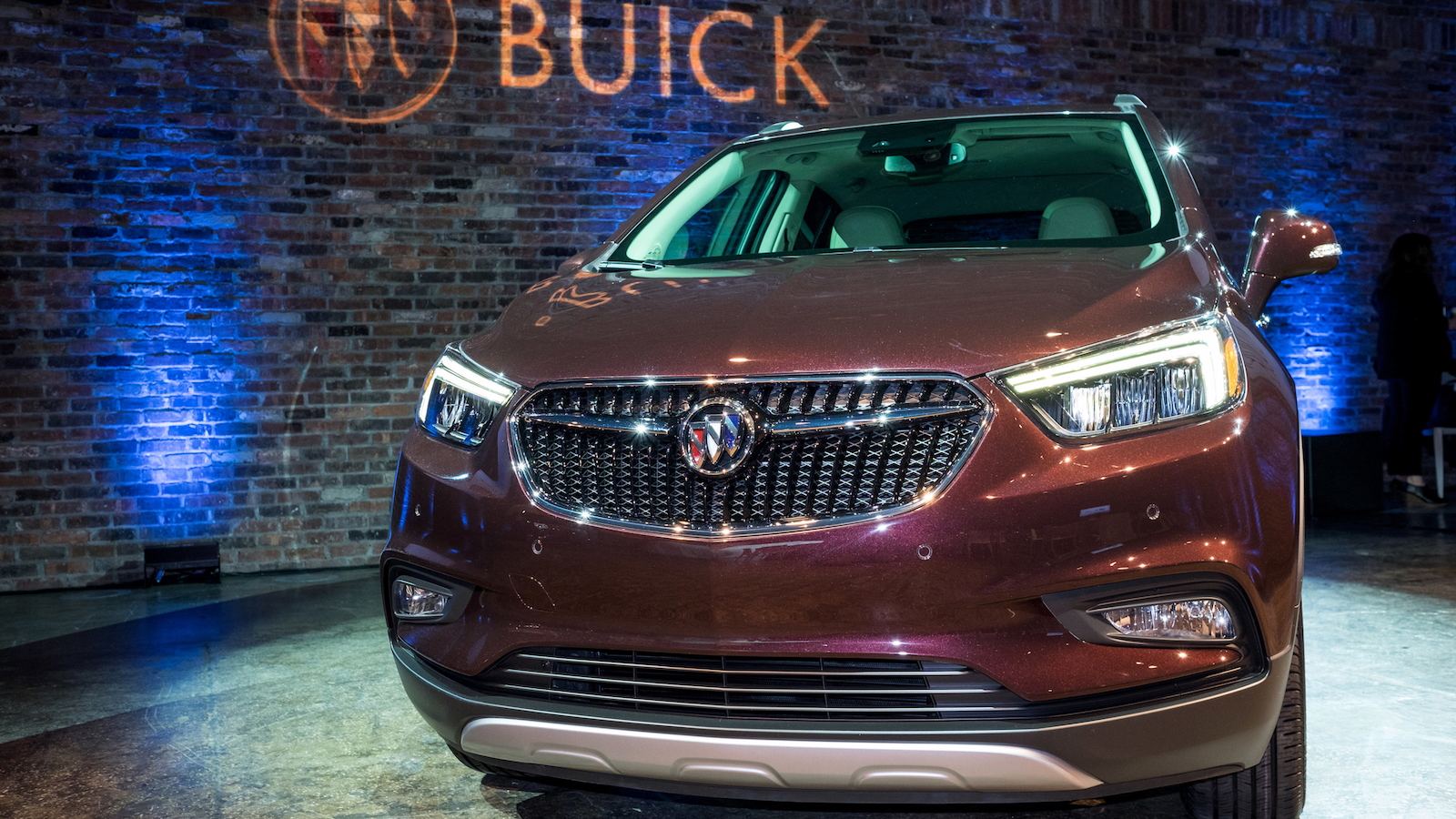 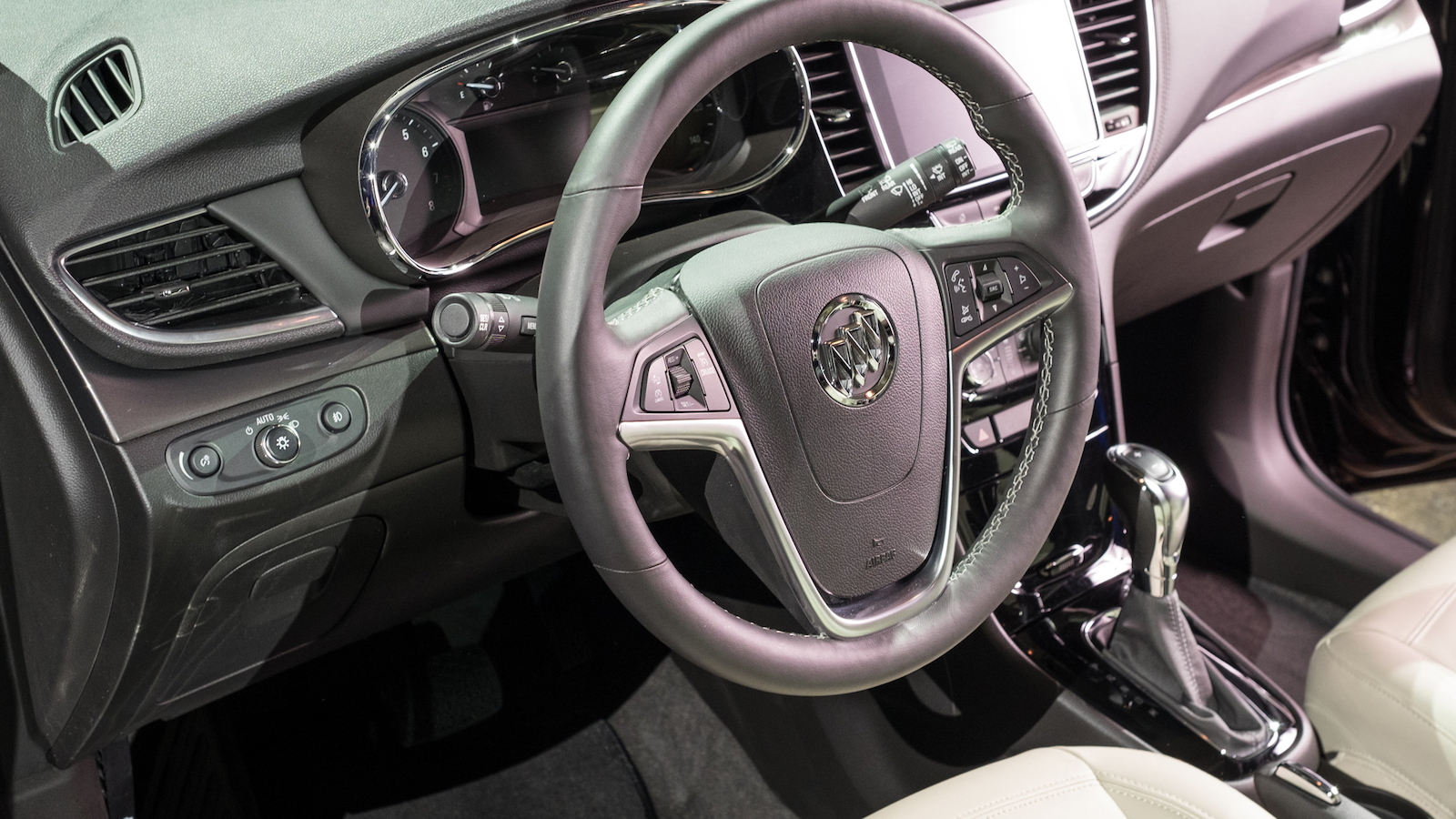 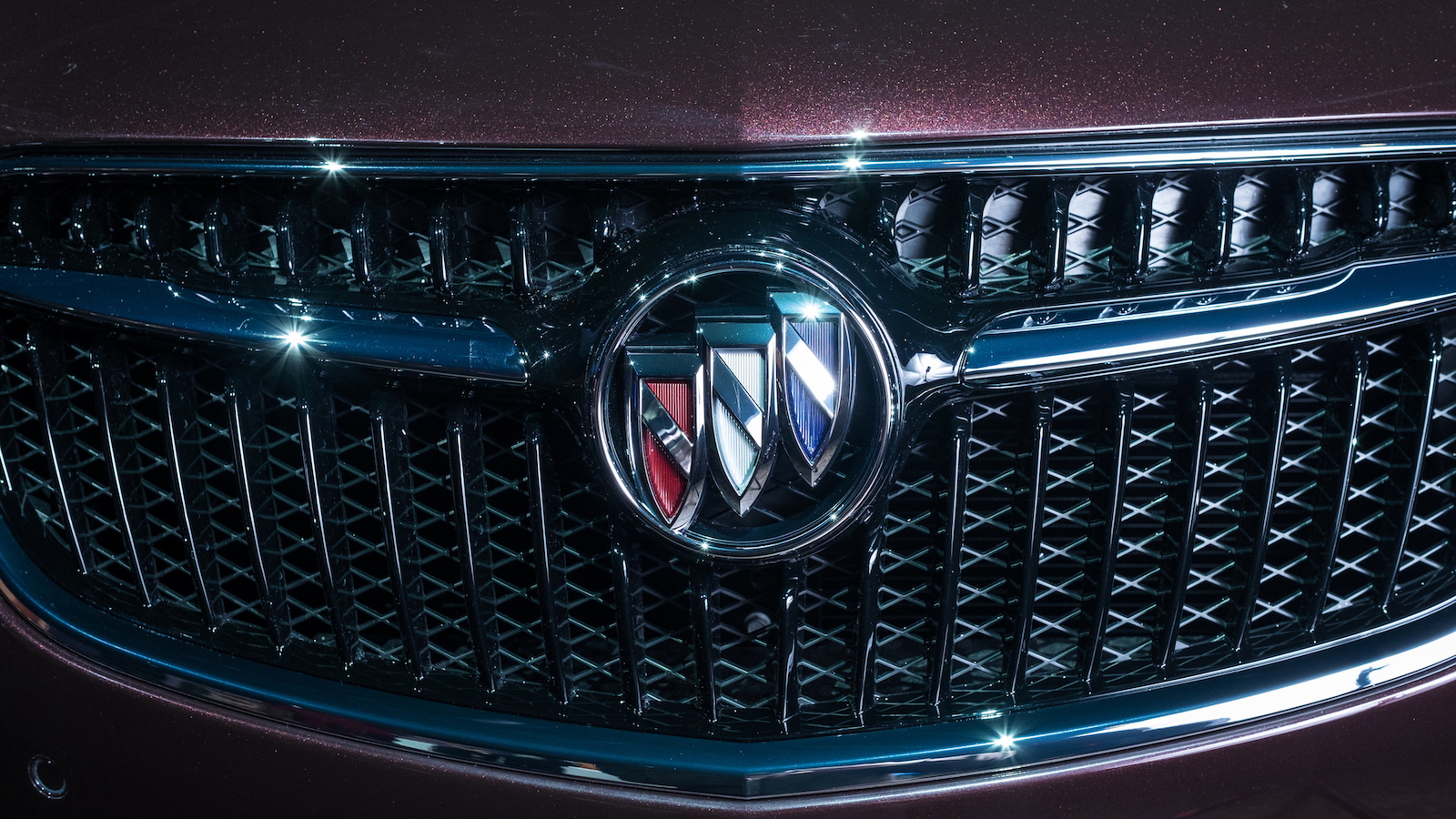 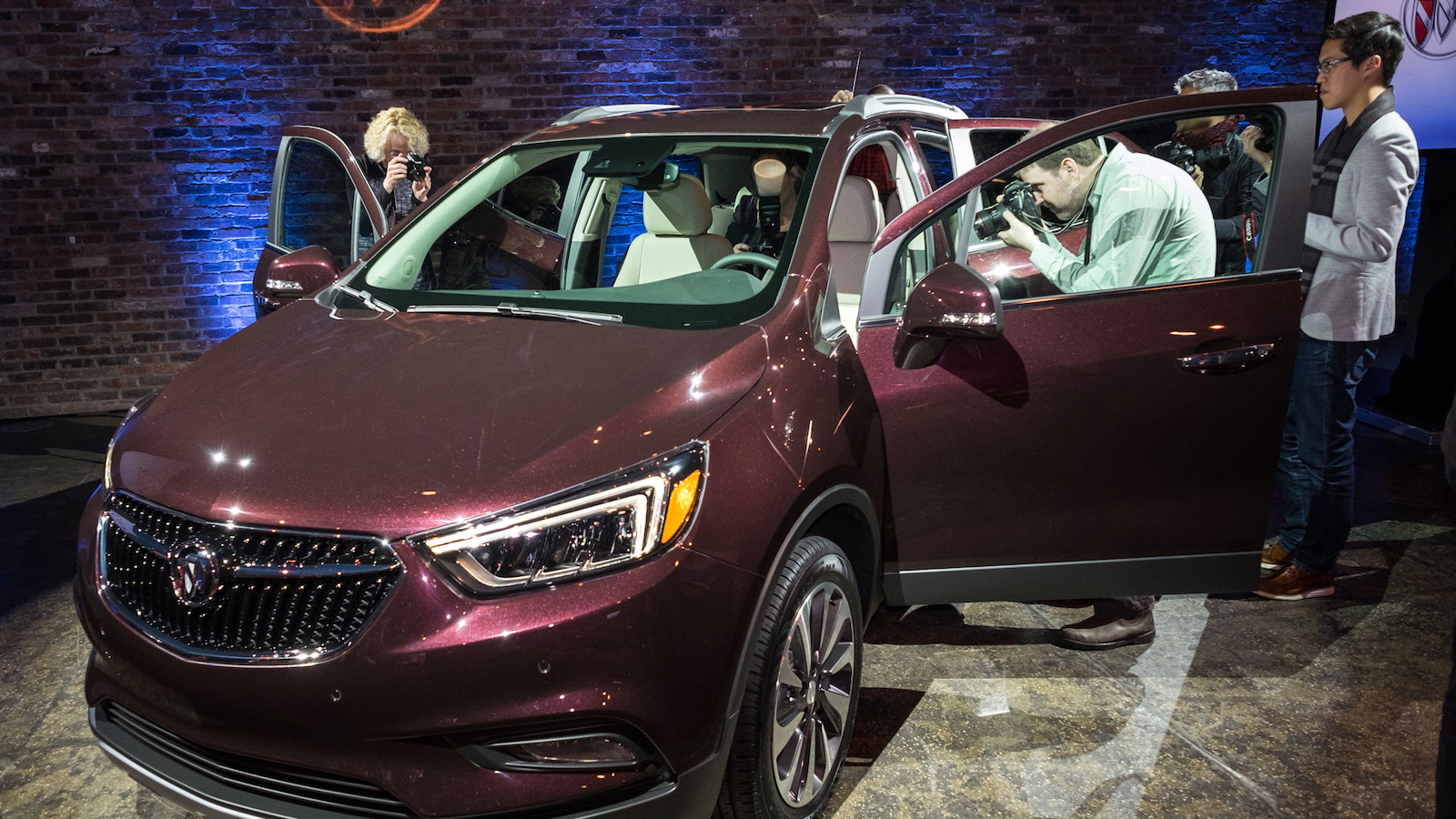 Buick's popular mini-crossover hit the market as a 2013 model, meaning it was due for a nip-and-tuck for the 2017 model year. For the most part, this refresh is mostly relegated to exterior tweaks and an upgraded infotainment system. The Encore's updated look features a new wing-shaped grille boasting the brand's red, white, and blue logo, as well as LED headlamps and taillamps.

Inside, technophiles will appreciate a new infotainment system with an 8-inch touchscreen and standard Apple Car Play and Android Auto. The center stack is far less cluttered, with fewer buttons than before. A new 4.2-inch display screen pops up between the revised gauges and standard in-car wireless hardware also arrives.

On the powertrain front, the Encore is largely carried over. It offers a choice of 1.4-liter inline 4-cylinder turbocharged powertrains in 138 and 153 horsepower flavors, and buyers can select between front- or all-wheel-drive. Start/stop technology designed to reduce fuel consumption in urban driving is also newly available, something Buick says will spread to the rest of its lineup in due time.

Buick hasn't yet priced the 2017 Encore, but only a modest increase is expected over the 2016 model year.

For more on the Buick Encore, read the in-depth reviews over at The Car Connection.