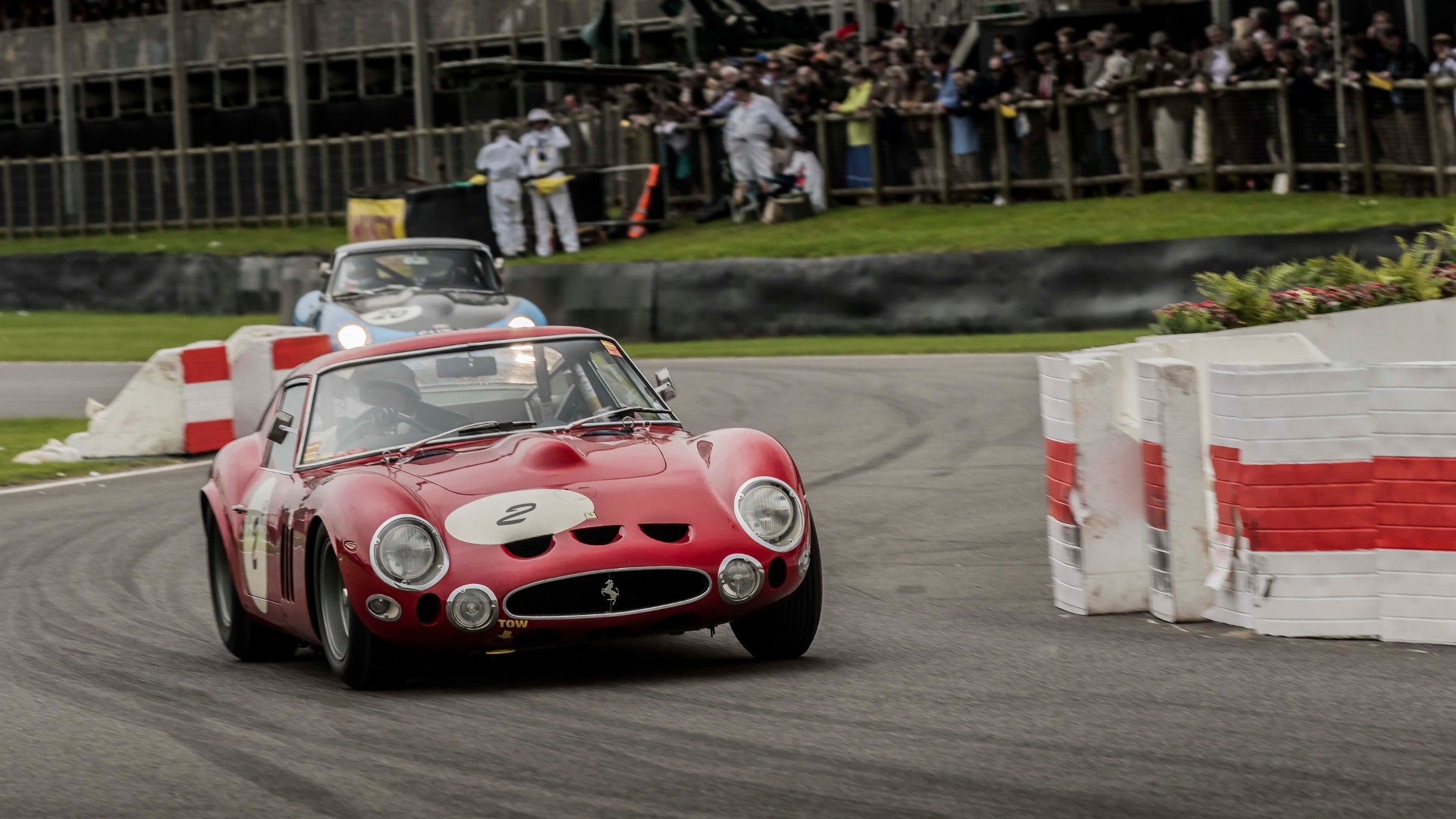 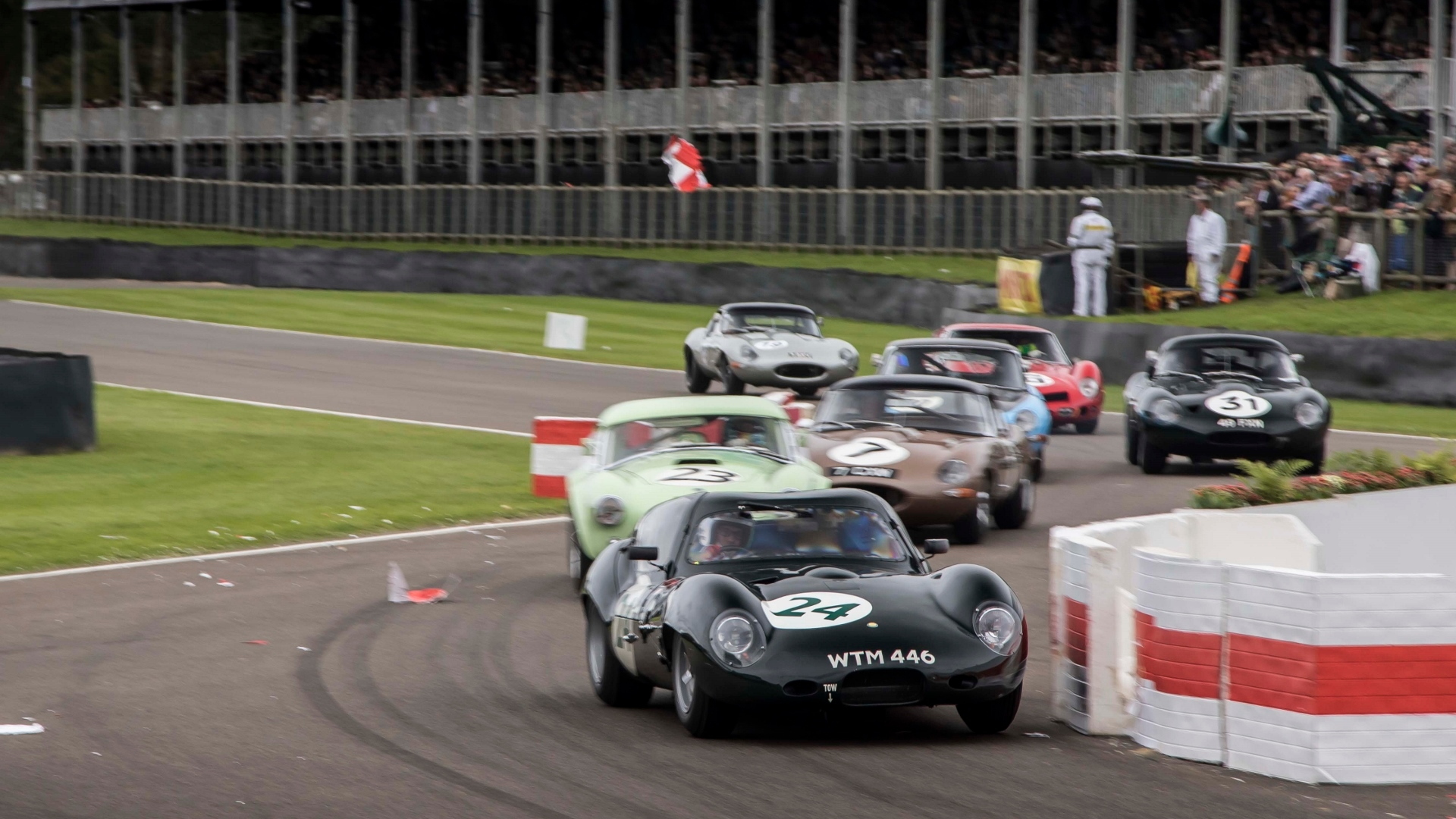 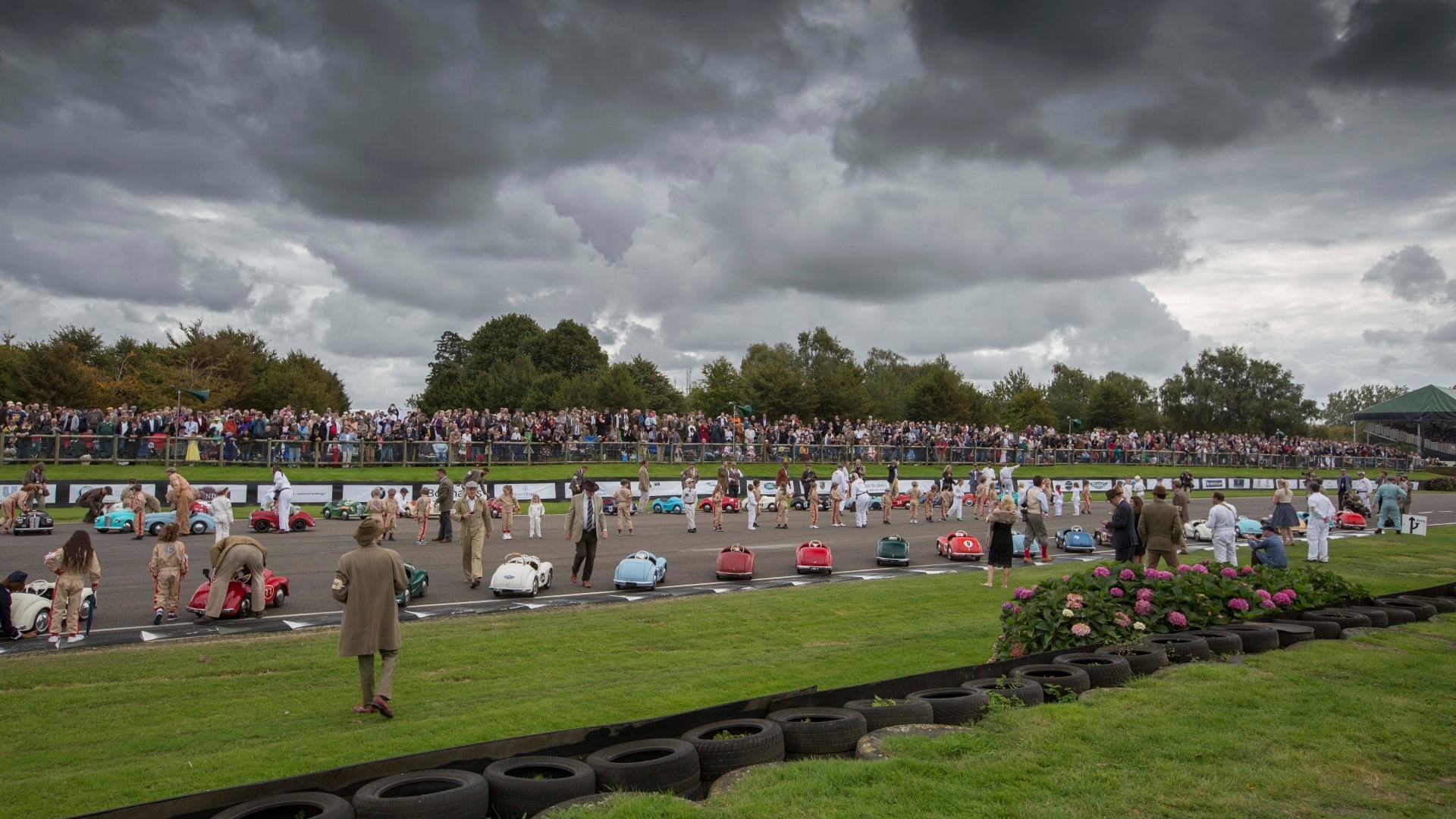 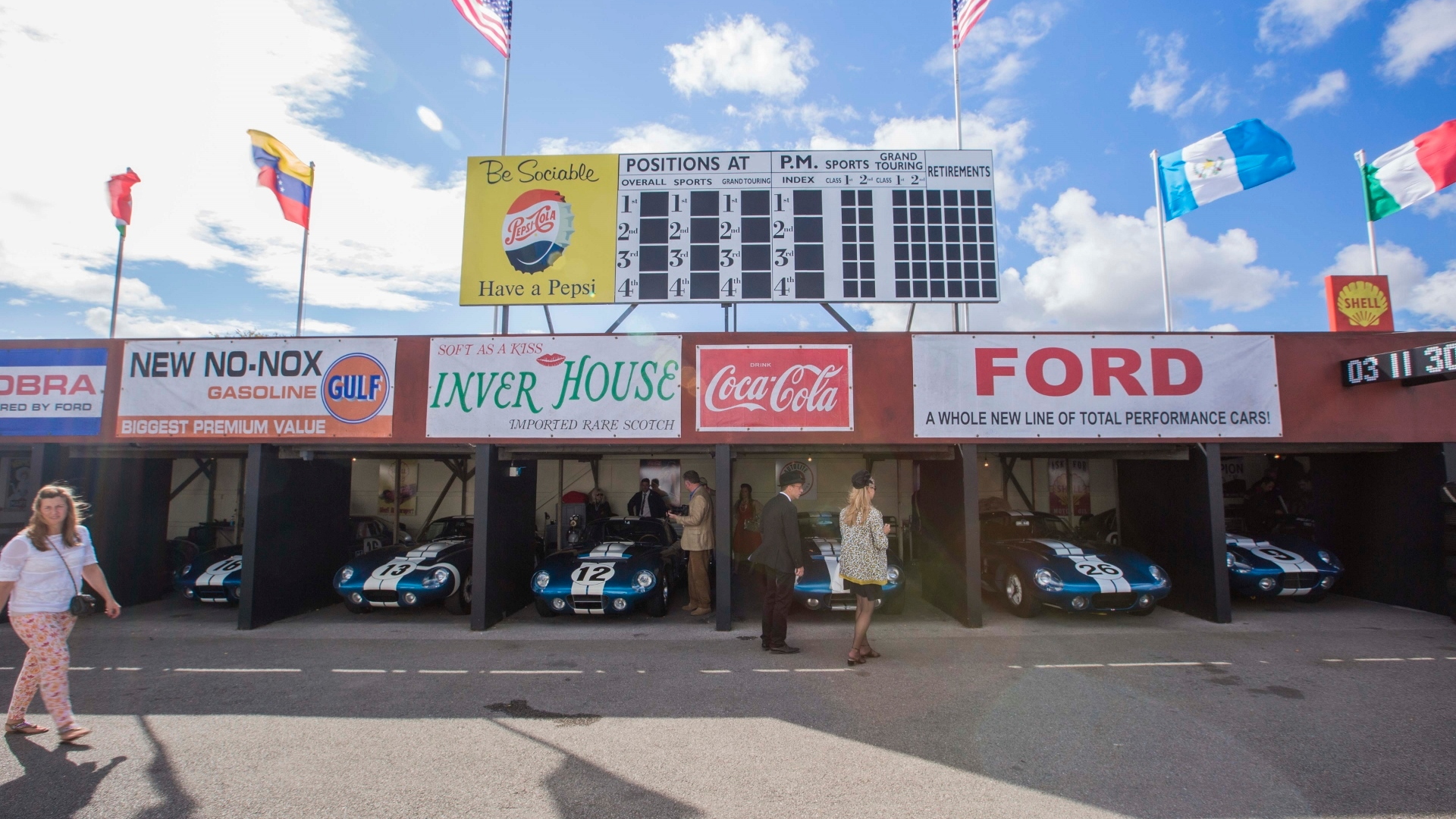 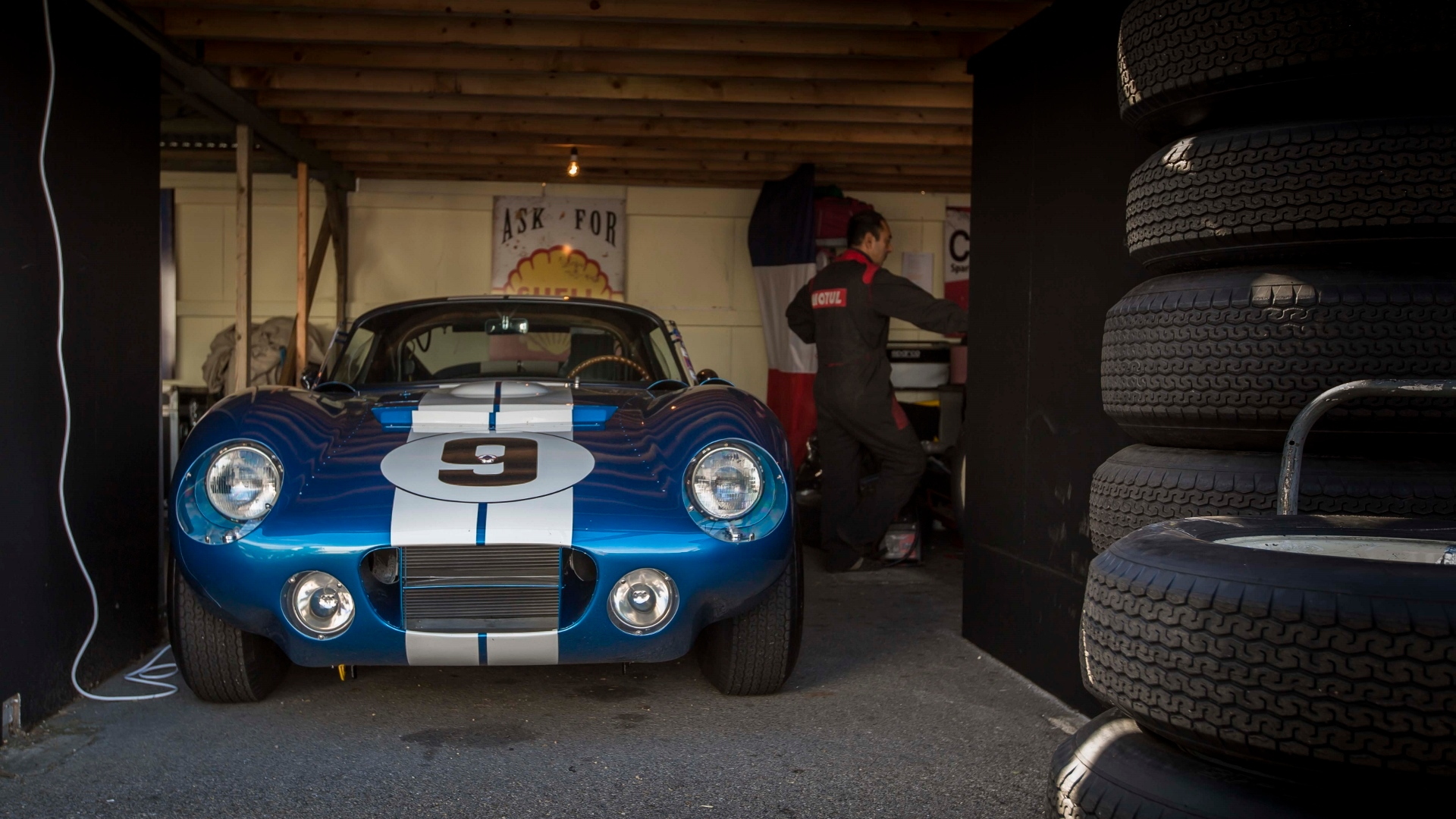 Imagine a magical place where Ferrari 250 GTOs race against Jaguar E-Types, where legendary drivers pilot vintage cars they’ve never driven before, where cars that belong in museums swap paint with equally valuable rivals, and, for a touch of class, where the vast majority of spectators dress in period garb. That place is a gearhead’s dream. It’s the annual Goodwood Revival in southern England.

Held on the grounds of a former airfield that was active during the Battle of Britain in World War II (and now owned by the Earl of March), the Goodwood Revival is more than just a car show. It’s a celebration of the Allied victory in World War II, the cars it spawned, and the freedom those cars represent.

Thanks to the hospitality of that noted “British” automaker Subaru, I had the opportunity to experience Goodwood for the first time. The Revival is held annually in September, and this year’s event took place the weekend of the 11th to the 13th. The first day, Friday, featured mostly practice sessions, as well as one long race for sports cars from 1952 to ’55. Saturday and Sunday had far more racing, with 16 races in total. The races were grouped by class and era, with cars as old as a 1929 “Blower” Bentley and as new as a 1967 Ford GT40, and everything from everywhere in between.

Though there was far too much to see and do to report on the entire event, I snapped a few hundred pictures (as did Subaru’s much more talented photographer), saw a lifetime’s worth of historic race cars, and witnessed some unbelievable racing during my two days at the Revival. Here are some of the highlights: 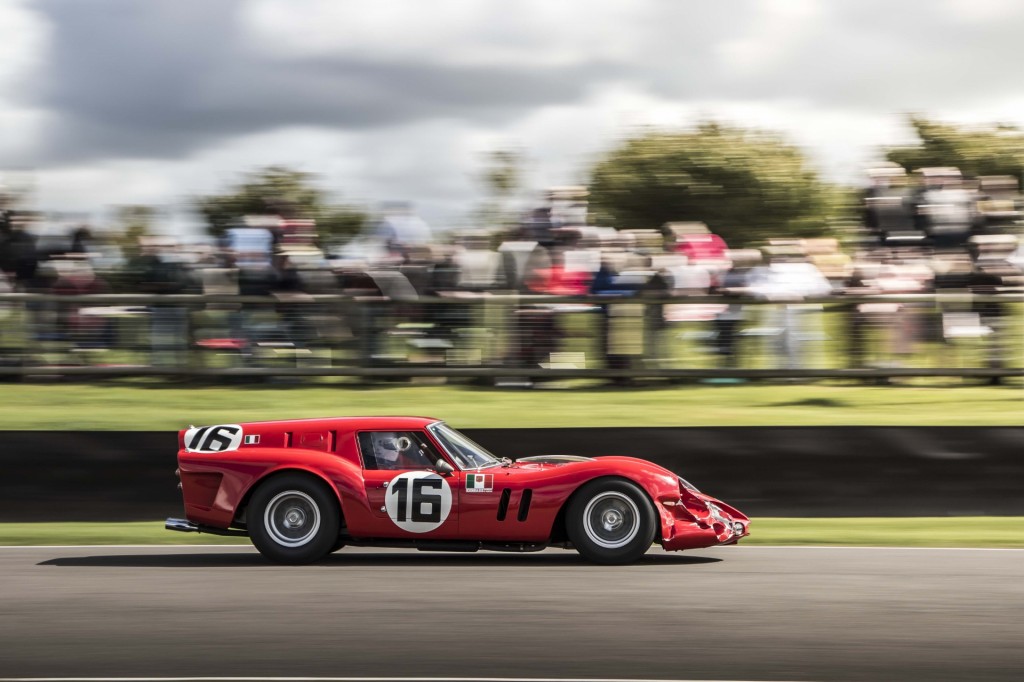 -On Saturday, the one and only Ferrari 250 GTO SWB “Breadvan,” racing hard in practice for Sunday’s RAC TT Celebration race, smacked into the back of a Jaguar E-Type. Why? Because it was in the way. The Ferrari team taped up the car had it ready to race on Sunday. The war wounds shouldn’t hurt the value of this unique piece of racing history. It just has a little extra provenance. 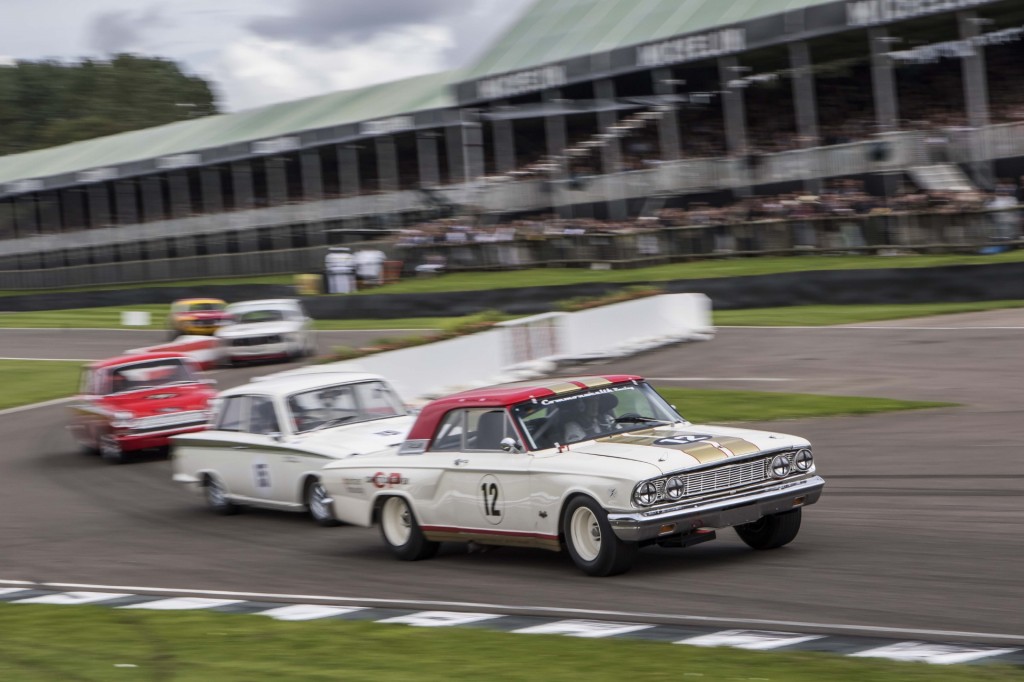 -Saturday’s St. Mary’s Trophy Part I saloon race pitted cars as varied as Mini Cooper Ss, Ford-Lotus Cortinas, Alfa Romeo 1600 GTAs, two 1963 Ford Galaxie 500s, and a 1964 Ford Fairlane Thunderbolt against each other. It was surreal to watch the big Fords running against those tiny European cars. Even more sublime was the job nine-time 24 Hours of Le Mans champion Tom Kristensen did in the Thunderbolt. Kristensen started at the back of the pack and passed the field to win the race. Not bad for a Dane in an American car that was built to go drag racing. 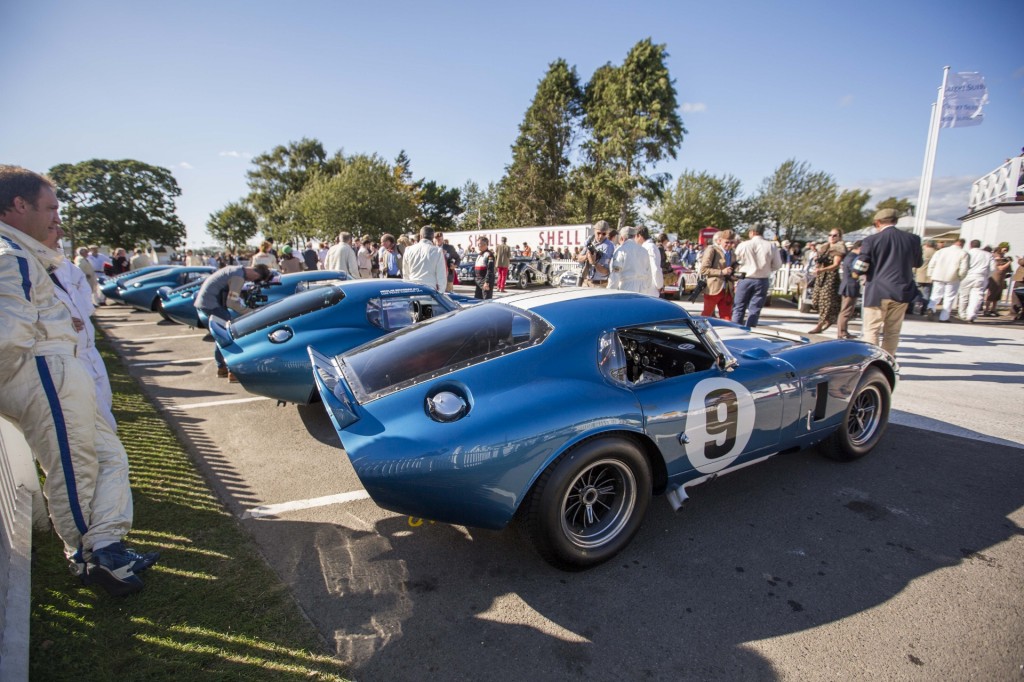 -At this year’s event, every Cobra Daytona Coupe ever built was on hand. These beautiful and ultra valuable machines didn’t race per se, but they did get out on the track and hit triple digit speeds in a spectacular exhibition.

-The preferred parking lot outside of the event proved to be the best car show I’ve ever been to. Vintage car owners from all over Europe drove their best machinery to the event, seeding the lot with Maseratis, Aston Martins, occasional bits of American metal, and more Jaguar E-Types and XK120s than you can shake a stick at. If you go to Goodwood, you must seek out this parking lot.

-Aside from the cars, Goodwood features a vast collection of World War II airplanes, and throughout the event they take off and land in a breathtaking show. At what other vintage car race are you going to see Spitfires flying with P-51s Mustangs, Hurricanes, and Warhawks?

-Almost every spectator was dressed in period garb from the 1940s, ’50s and ’60s, with most of the gentlemen in suits and the women in dresses with their hair done up just so. The look lent an air of class to the event that you usually don’t get at American car shows. 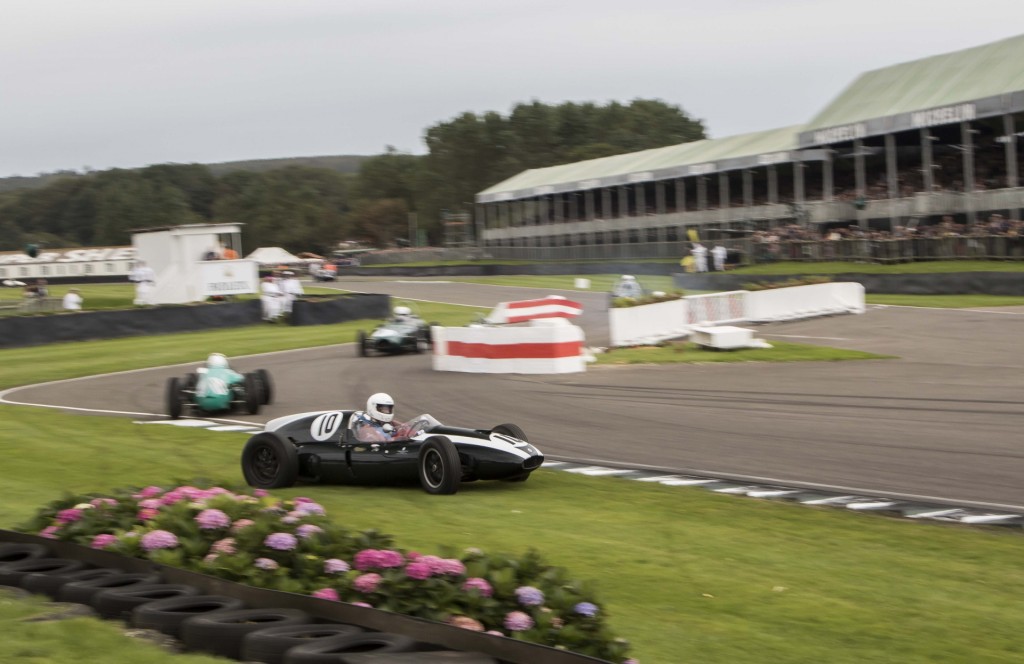 -The best part of the Revival was just how hard the drivers raced each other. Back ends wobbled as tires scrabbled for traction exiting turns, paint was swapped, daring passes were made, and there were even a few crashes, though, thankfully, I believe anyone got hurt. These are race cars, after all, and race cars should race. I can’t imagine having enough money to go all out in a multi-million dollar piece of history, but I’m glad some well-heeled race fans think that way.

It goes without saying that the Goodwood Revival is a bucket list item for any true petrol head. Plan your vacation for England next September and go see this event. Trust me. You’ll love it. In the meantime, enjoy the 100 photos we’ve compiled for this gallery.