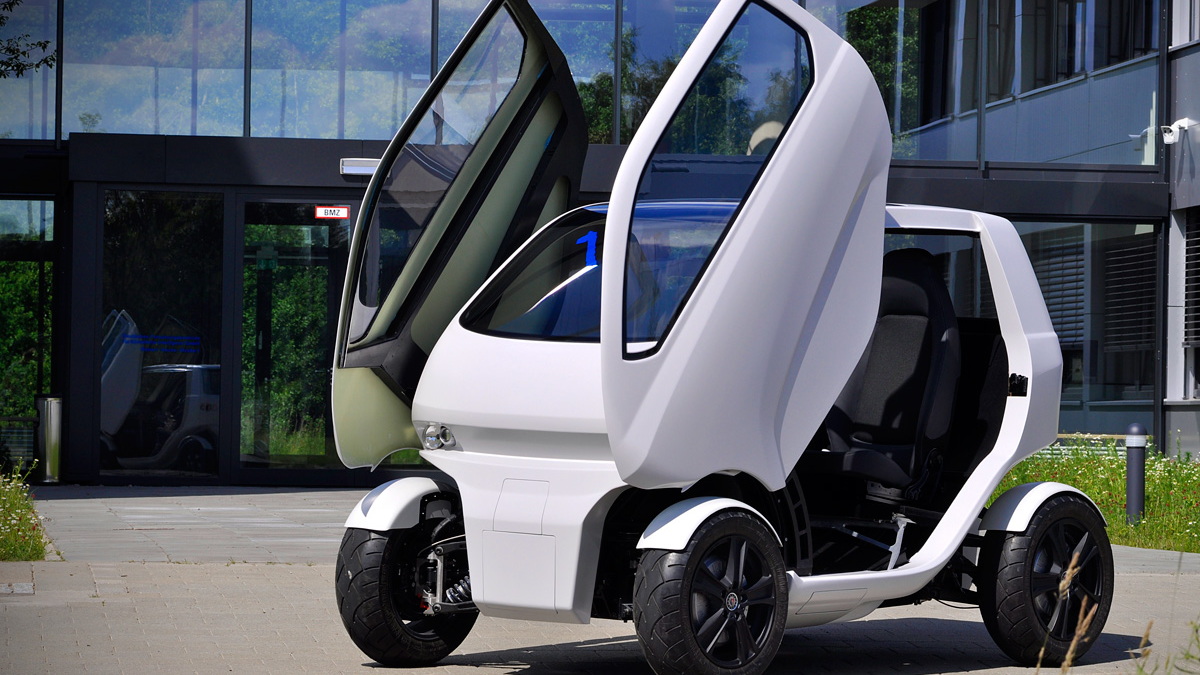 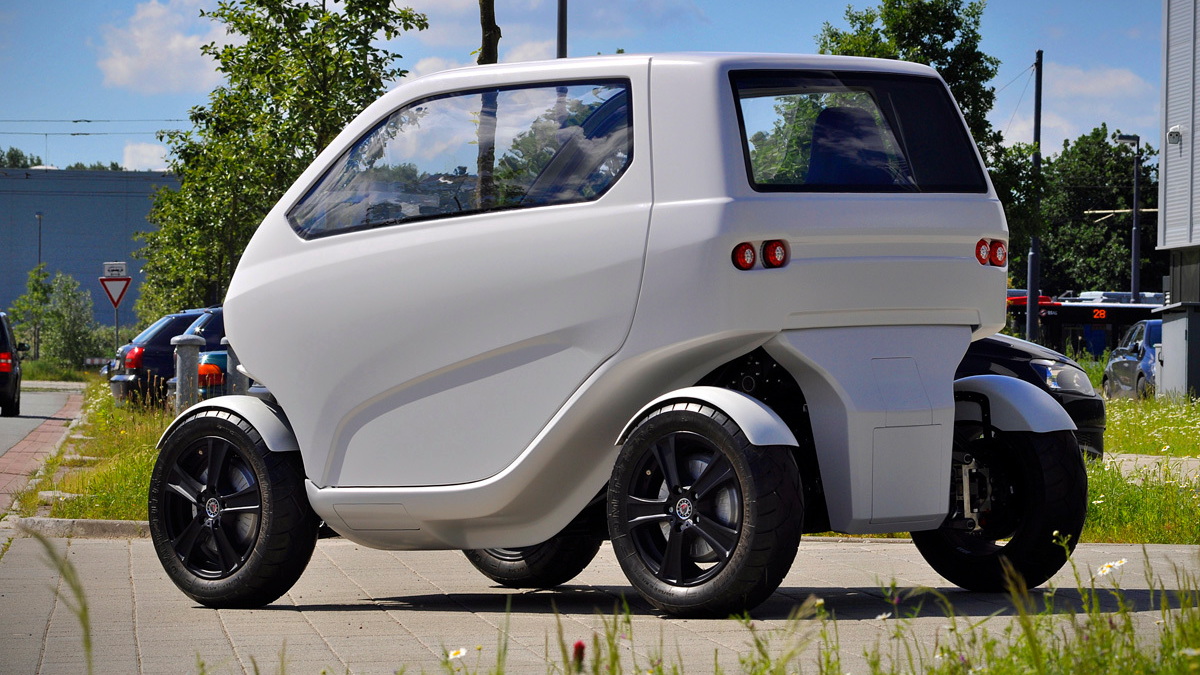 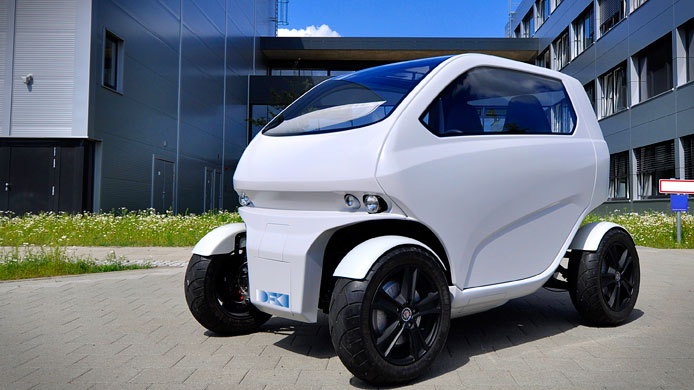 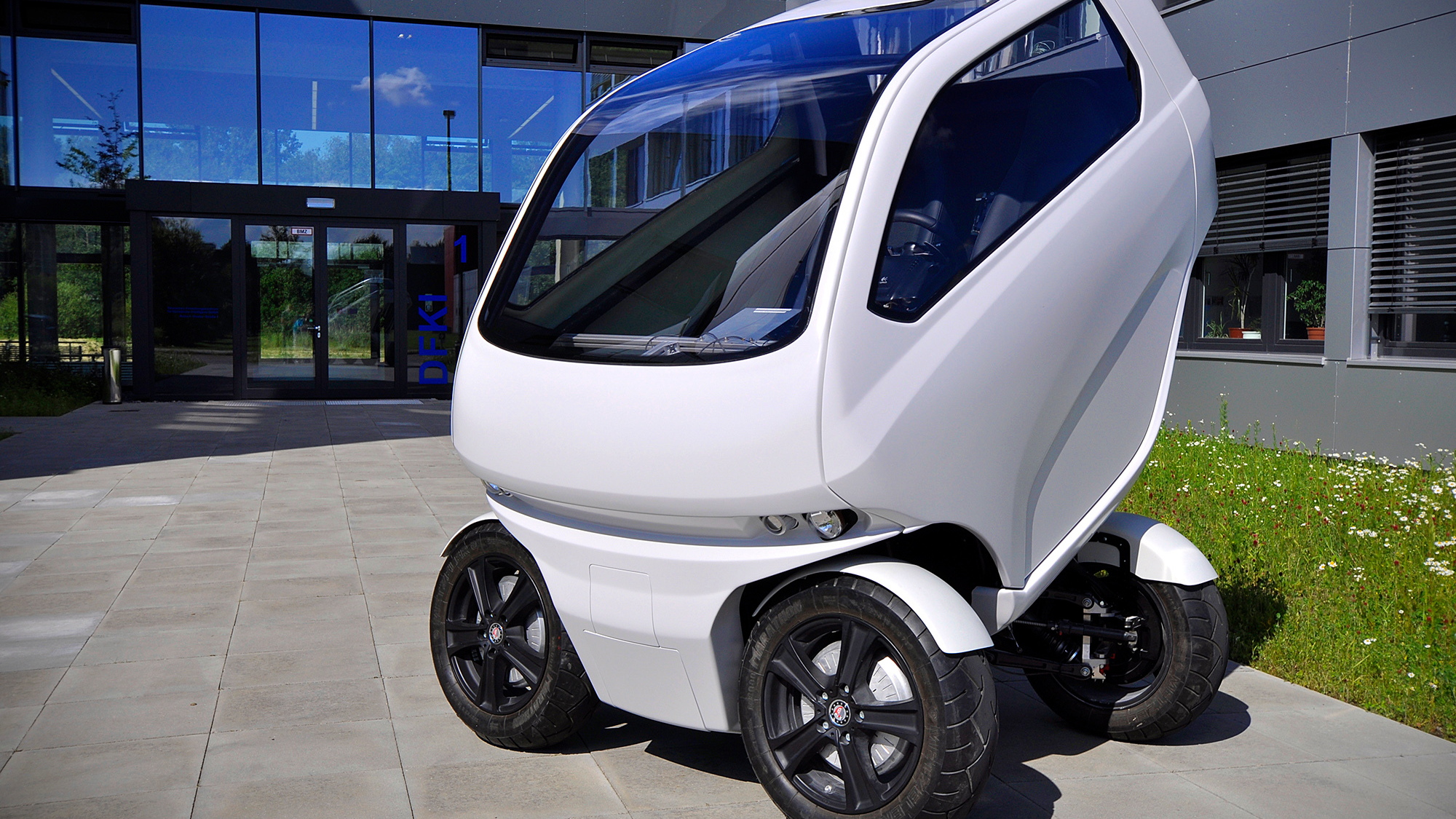 The urban landscape of the future will not be filled with gas-drinking machines piloted by humans. We're not sure when the cityscape will change, but it will absolutely reach a point when it's filled with electric-powered, electronically-maneuvered, autonomously guided vehicles.

As much as we love the open road, power, noise, and the feeling of guiding our own machines, there's not really a need for such vehicles in the city. That's where a concept car like the EO smart connecting car 2 comes in, and it's a little craft backed-up with some great technology.

Created by a team from the DFKI Robotics Innovation Center in Bremen, Germany, the EO represents what is a very clear vision of seemingly future tech applied today. The car is a two-door, two-passenger lightweight machine that features four hub motors, located at each wheel. This means they can be driven independently or together. It's the independent part that's most interesting because it allows for a serious amount of turn angle on the wheels. In fact, they can go 90 degrees to the side and allow the EO to pull right into a parking space with incredible ease.

Still, parking spaces in the city are at a premium. A small car like the EO should be able to handle most spots, yet it still has another trick up its tech-laden sleeve. This car can shrink itself down and squeeze into even smaller spots than you'd expect. By lifting the car upward over the rear axle, the EO contracts from a full extended length of nearly seven-and-a-half feet, down to a much more svelte five-and-a-quarter feet.

So you know have a greatly compacted compact that takes up little space while running on just electrons. The battery requires just four hours to receive a full charge and, once there, will happily chug along at speeds up to 40 miles per hour. The total range is said to fall between 30 to 44 miles. That doesn't sound like much, but consider that the EO would be a car for the city and those numbers make perfect sense. Especially because the city of the future would be filled with places to plug in your vehicle.

All of that tech is interesting, but it's in other areas where the EO starts to show just how forward thinking it really is. Each vehicle is capable of "docking" with other connected cars, and forming a platoon of vehicles. You can now take your hands off the wheel, because you've just joined your "car pool" group to work and it's autonomous from here on out. The team behind EO envision this as a vehicle that is ripe for city-based car sharing services. Should you need a ride, just book a vehicle with your smart phone and then head down to your local docking station.

If that last sentence didn't sound futuristically delightful to you, you're a bit jaded without all the wonderful technology already in your life. As we said earlier, we love the open road and the smell of tires and gasoline being burned. Still, when venturing into the city, it might be nice to kick back and let Skynet handle the driving.

Well, as long as they don't use that name, of course.