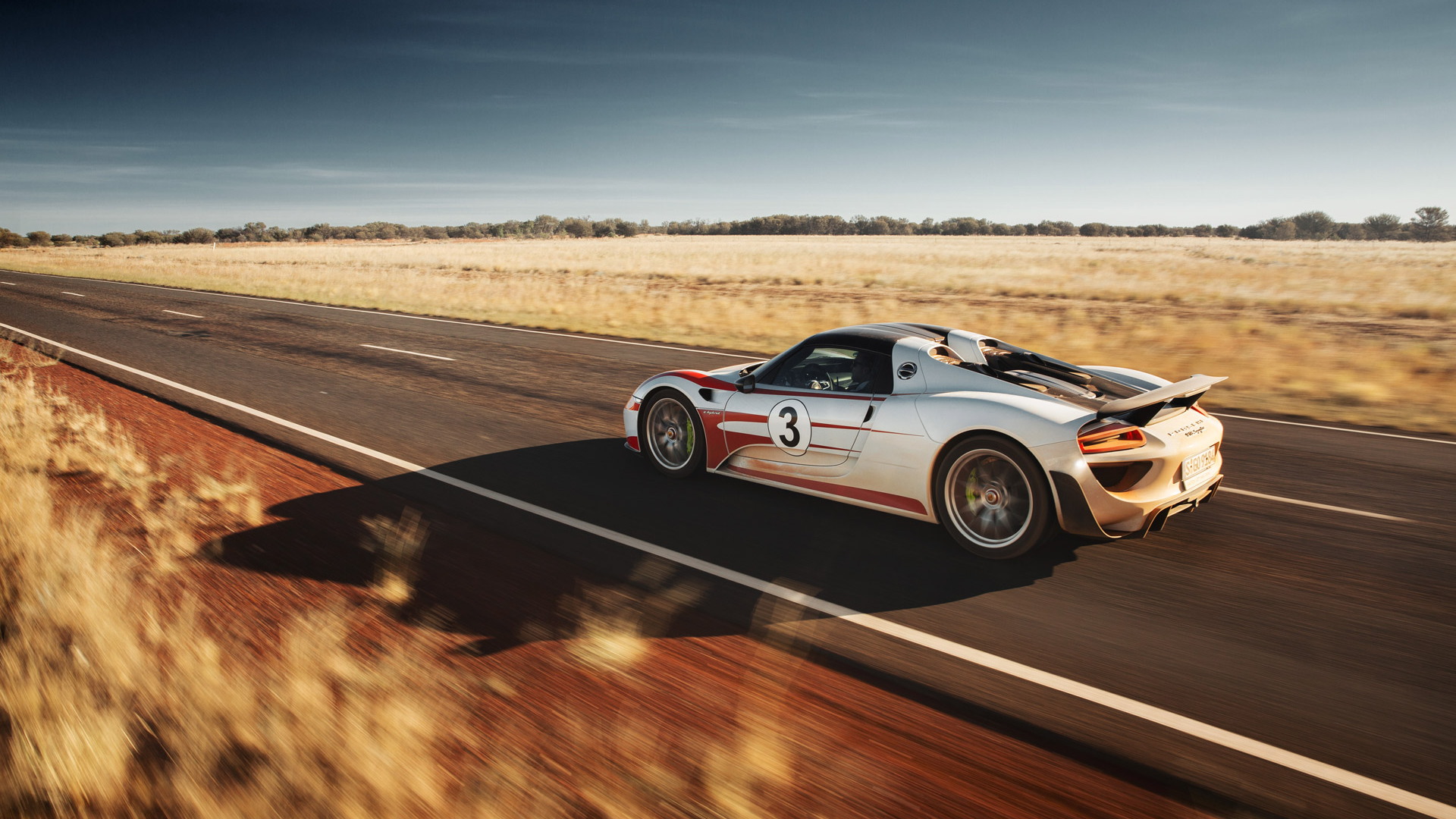 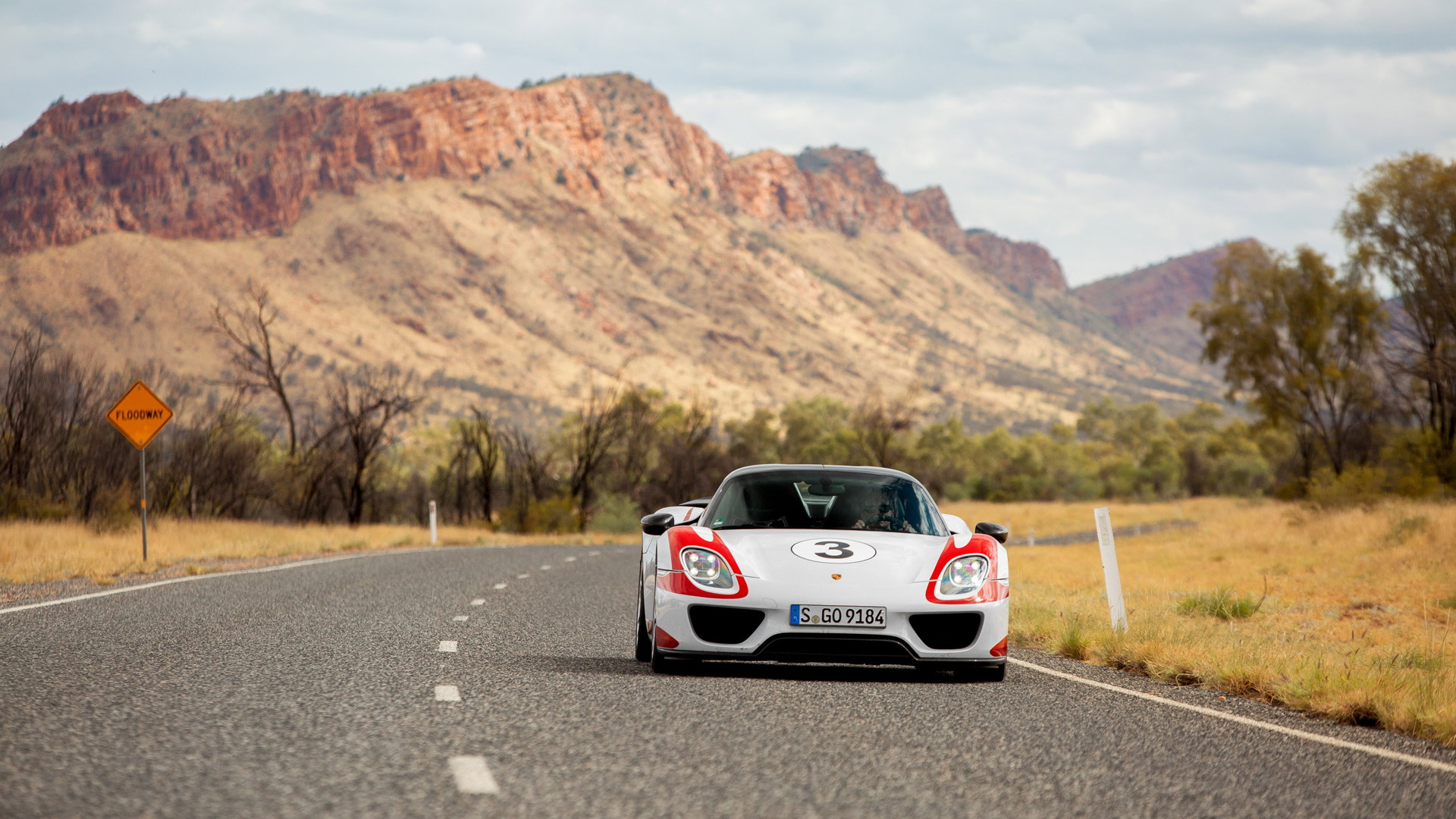 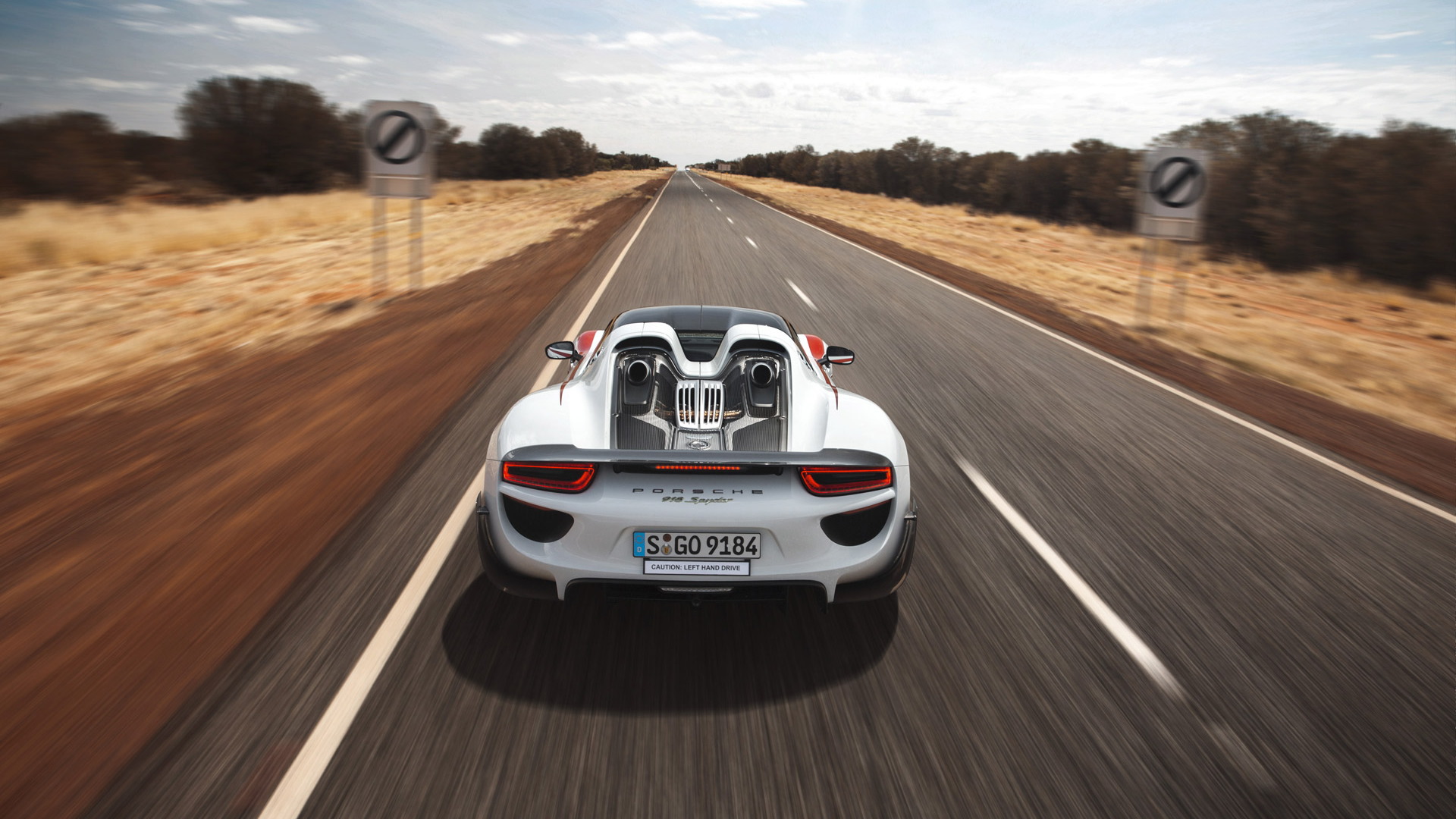 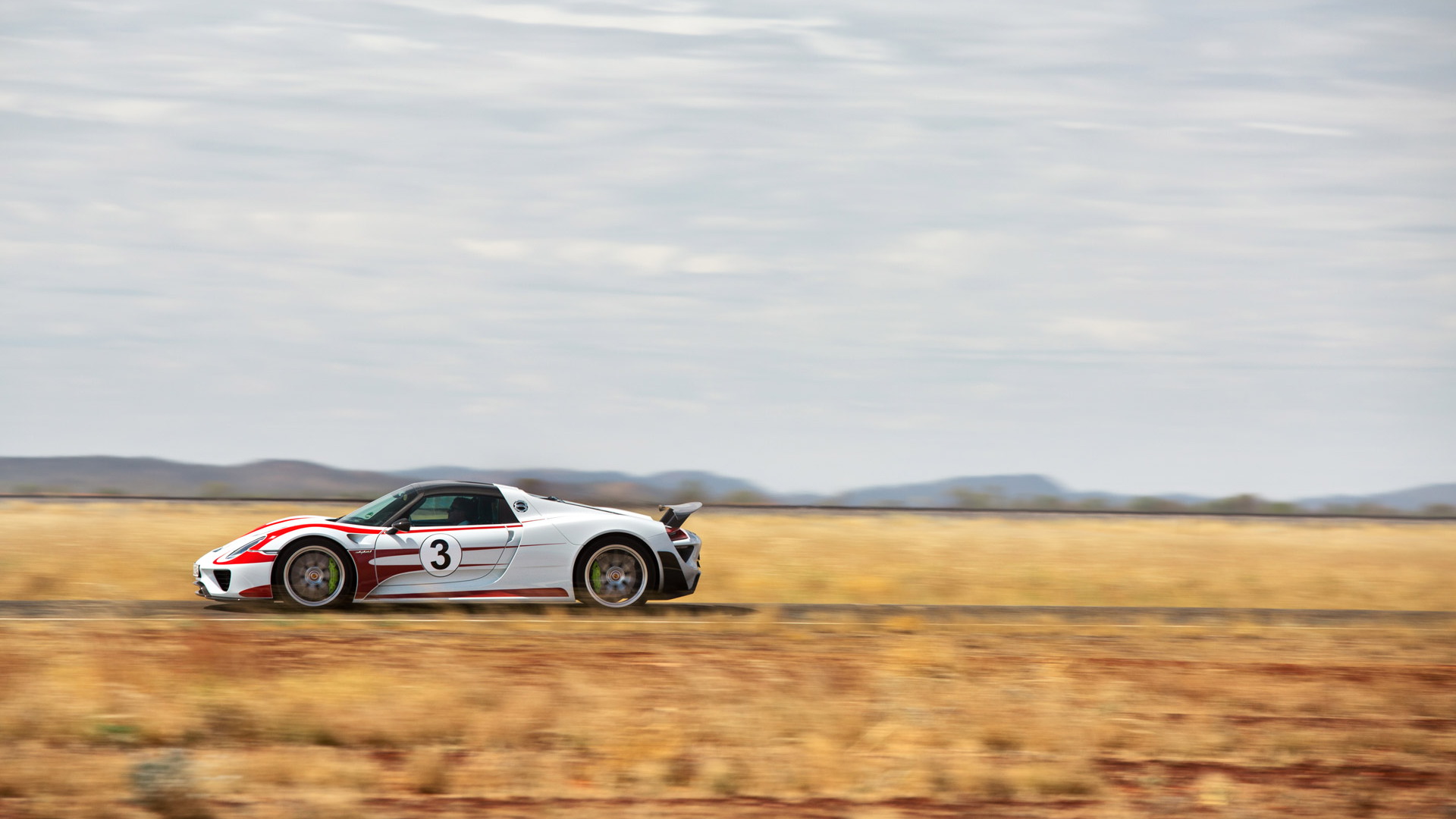 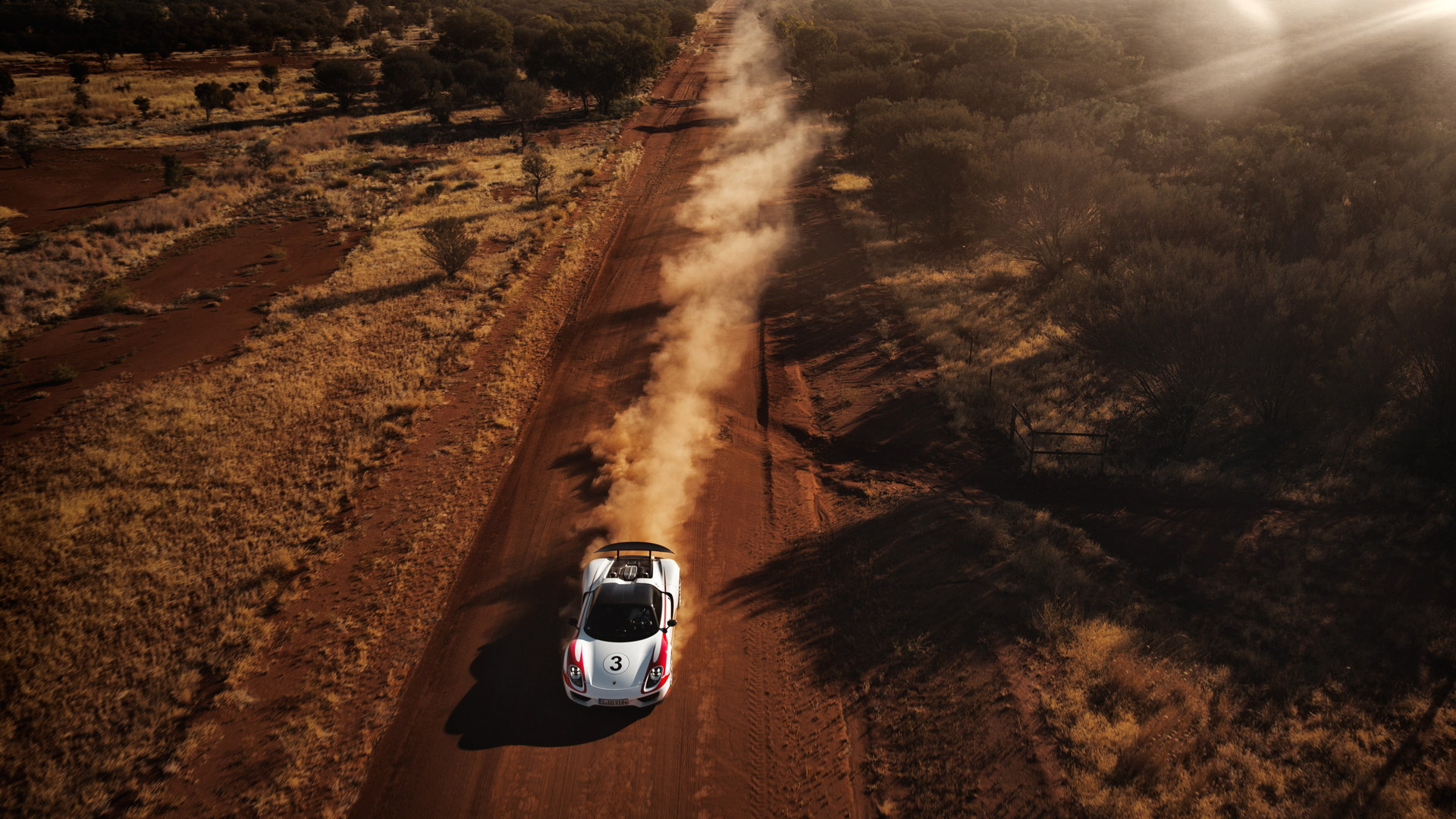 Everybody knows about Germany’s speed-unlimited autobahns, but what many may not know is that there’s another stretch of road where drivers can push their cars to the limit without fear of losing their license: the Stuart Highway in Australia’s Northern Territory. To demonstrate the relatively unique abilities of its flagship 918 Spyder, Porsche recently took to the Stuart Highway and completed a world-first stunt.

That stunt was an acceleration run from a silent-running 60 kmh (37 mph) to a top speed of 350 kmh (217 mph), achieved in just 40 seconds. As part of the stunt, the 918 Spyder was driven from the town of Alice Springs for a distance of 25 km (15 miles) on electric power alone until it reached the speed-unlimited zone, where its full 875 horsepower could be unleashed.

The controlled test took place with a professional driver at the wheel, along with the use of radios and spotters to ensure the road was completely devoid of traffic at the time. The only other car in production that could achieve this feat is McLaren's P1, which also has an electric-only mode, albeit its driving range in this mode is much smaller than in the Porsche.

In case you’ve forgotten, the 918 Spyder features a sophisticated hybrid system consisting of a V-8 engine, two electric motors and a lithium-ion battery. The engine, a race-bred 4.6-liter V-8, is paired with one of the electric motors as well as a seven-speed PDK dual-clutch transmission and spins the rear axle. A second electric motor is used to spin the front axle, thus creating a ‘through-the-road’ hybrid all-wheel-drive system.

Incredibly, Porsche has sold all 918 build slots for the 918 Spyder, which means if you’re interesting in buying one you’ll need to look at the used car markets.