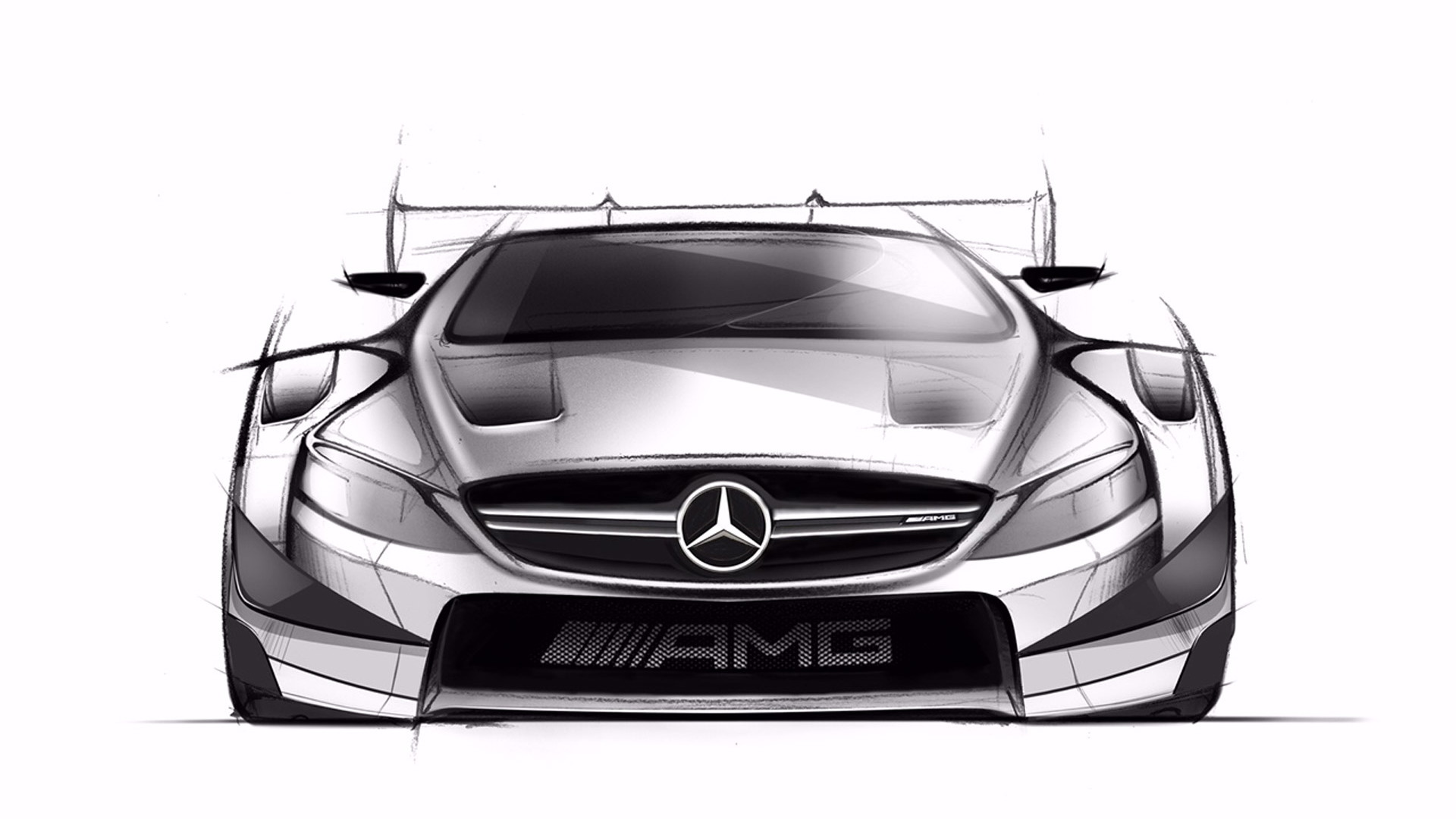 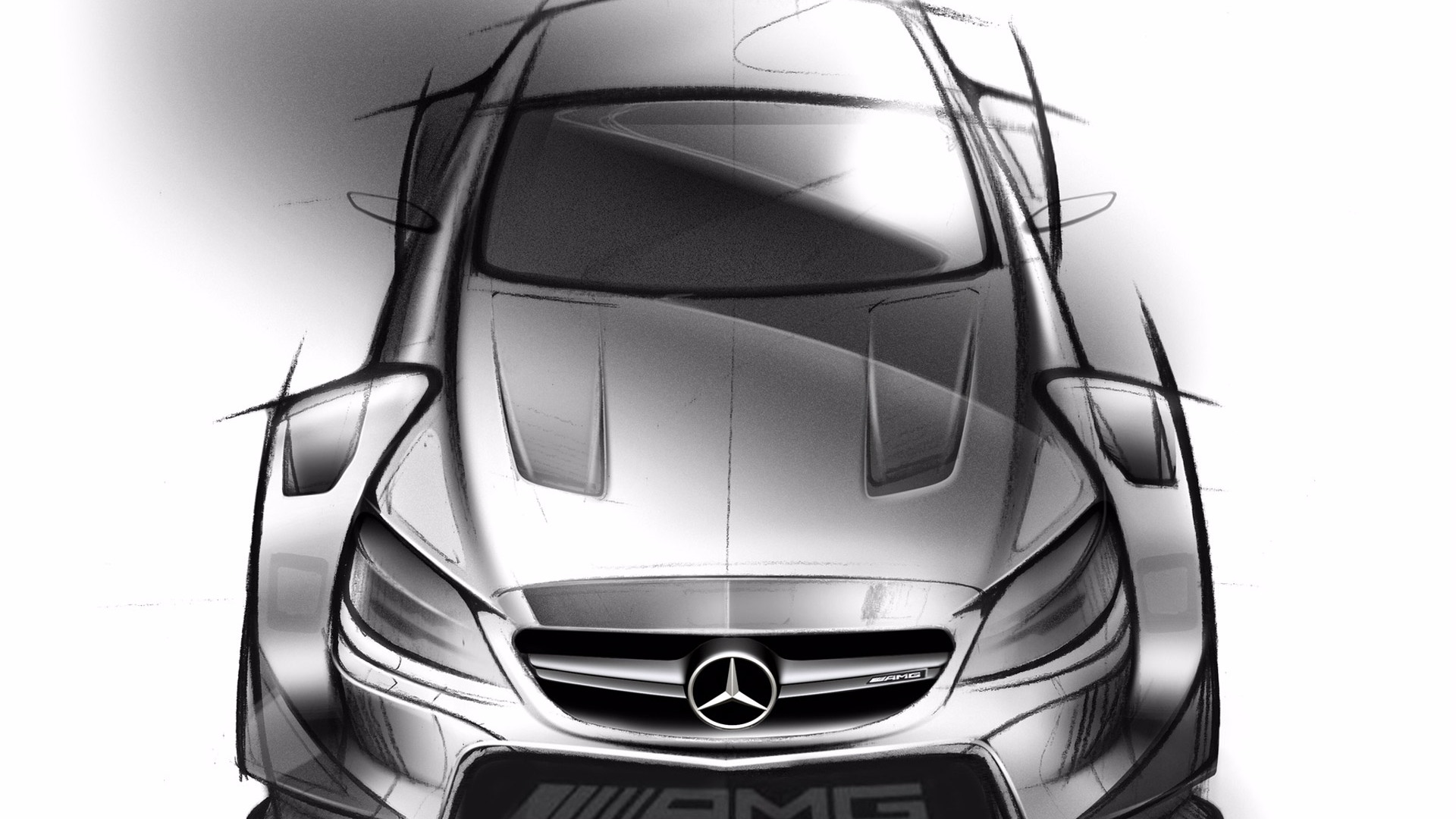 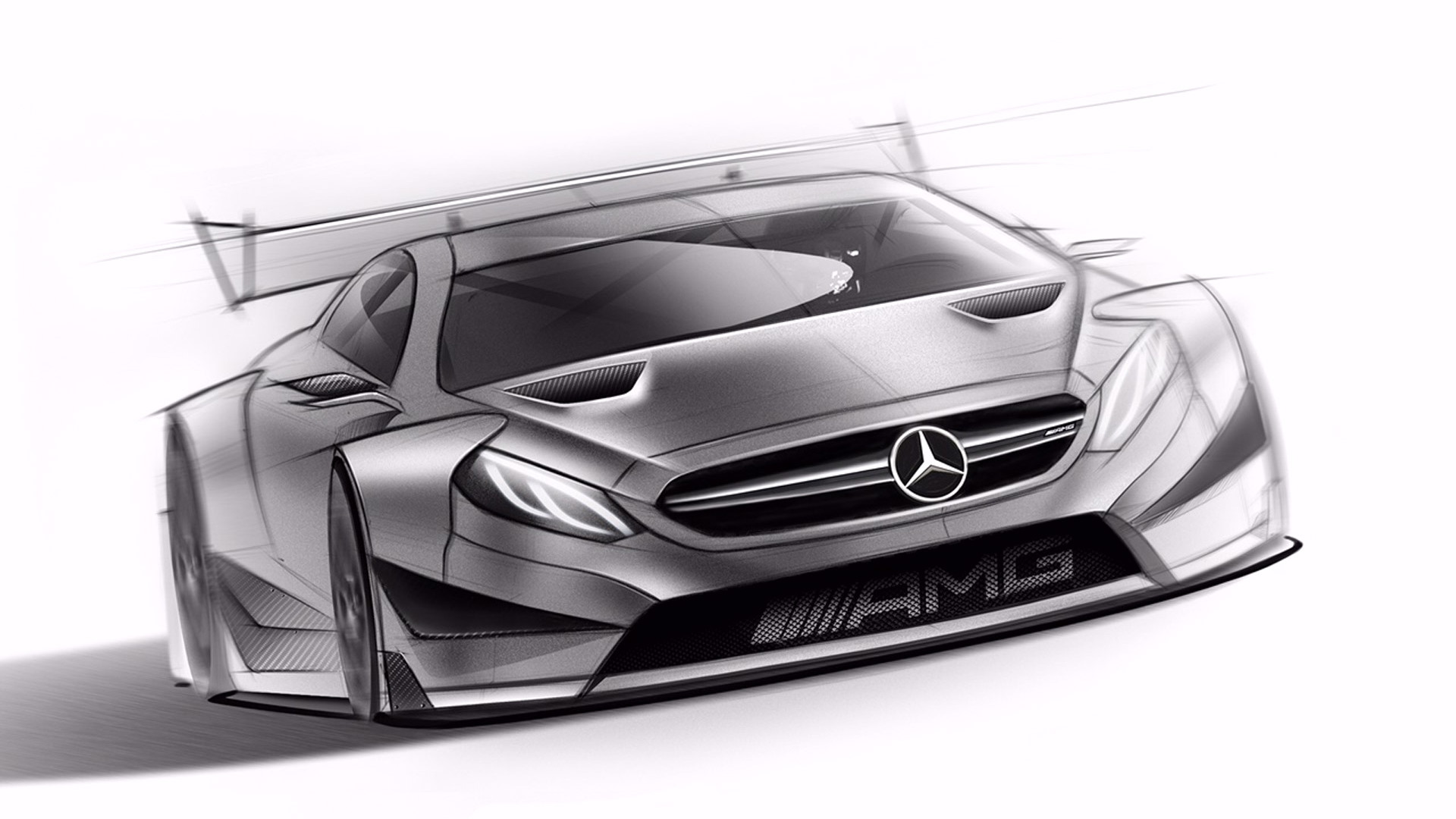 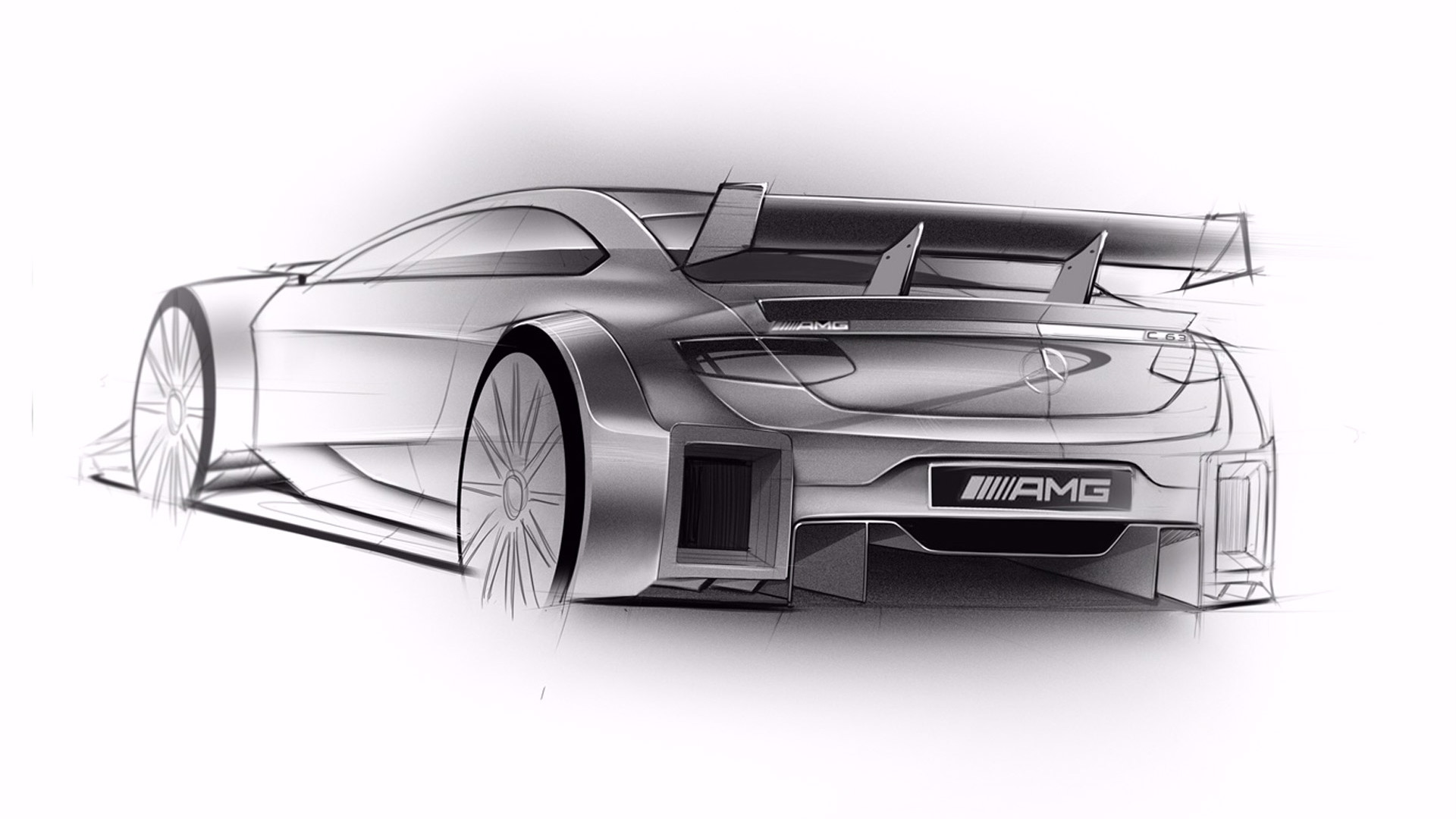 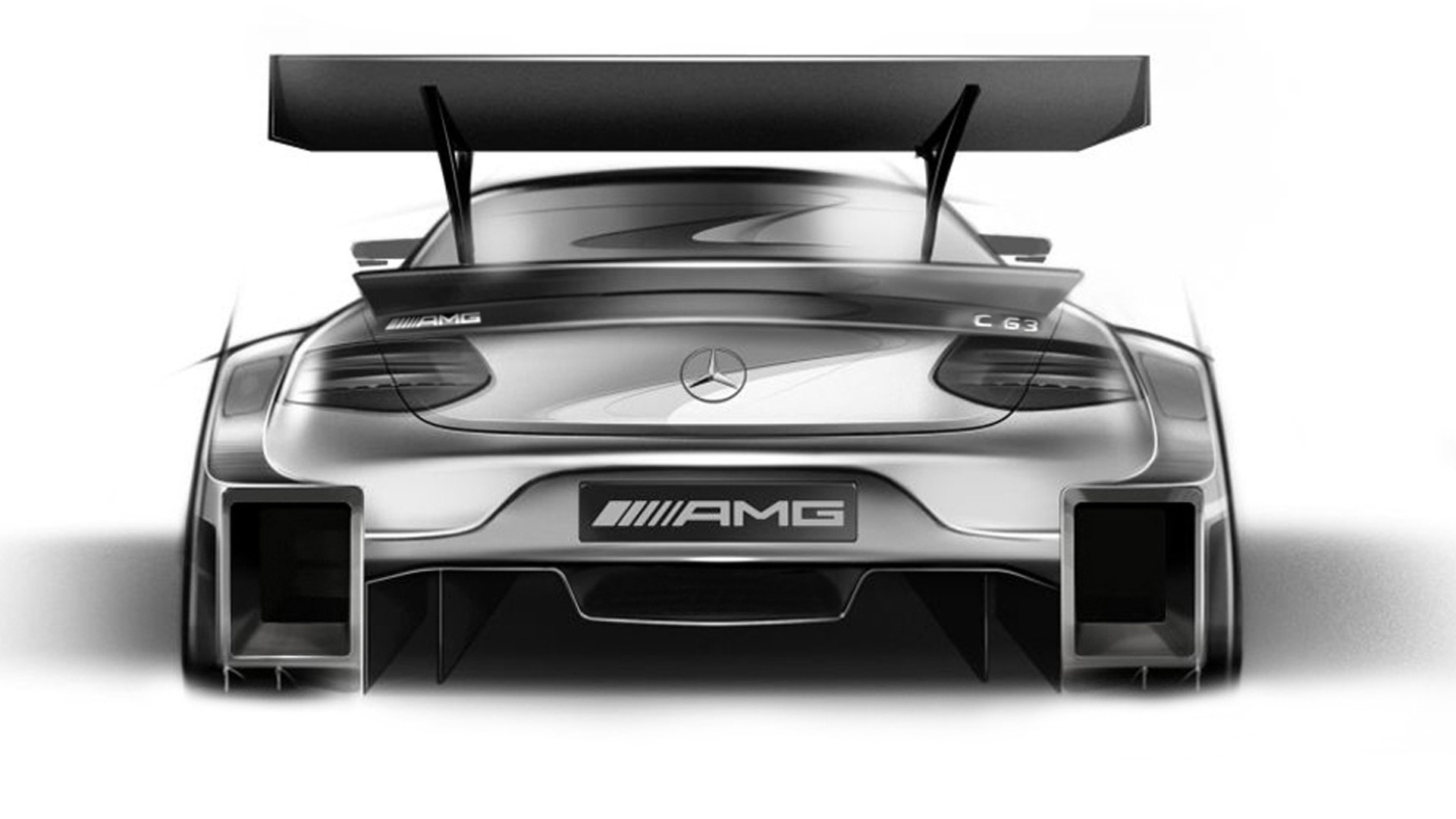 Mercedes-AMG is set to unleash on the market a new generation of its C63 Coupe early next year, and it’s been confirmed that the muscular two-door will also form the basis of the Mercedes-AMG DTM Team’s new race car for the 2016 season of the popular Deutsche Tourenwagen Masters touring car series. These are official teasers for the new race car that will be competing against rivals based on the Audi A5 and BMW 4-Series.

Though teams rely on similar specifications including ‘control’ chassis, the C-Class has proven quite successful in DTM having secured 85 victories in 159 races. For 2016, the chassis is a carbon fiber monocoque with an integrated steel roll cage. The engine is a 4.0-liter V-8 restricted to 500 horsepower, and drive is sent to the rear wheels only, via a six-speed sequential gearbox.

“I’m already looking forward to seeing the new Mercedes-AMG C63 DTM compete in 2016,” Mercedes-AMG DTM Team chief Ulrich Fritz said in a statement. “Our aim with this vehicle is, of course, to continue the Mercedes-Benz success story in the DTM.”

Currently leading the 2015 season is Pascal Wehrlein driving the outgoing Mercedes-AMG C63 DTM for Team Gooix/Original-Teile Mercedes-AMG. There are three more races to go this season.

Looking forward, the upcoming 2016 season will be the last where the DTM is completely independent. Starting from 2017, the regulations will be harmonized with Japanese touring car series Super GT under a new Class One category. Both categories already have similar chassis and aerodynamic specs, and from 2017 all cars in DTM will run turbocharged 2.0-liter four-cylinder engines like those already used in Super GT.

Crucially, IMSA will also adopt many of the regulations, which should open up the possibility for teams to compete with little change in cars in IMSA-sanctioned events here in the United States such as the United SportsCar Championship. There’s even talk of a standalone DTM America series.