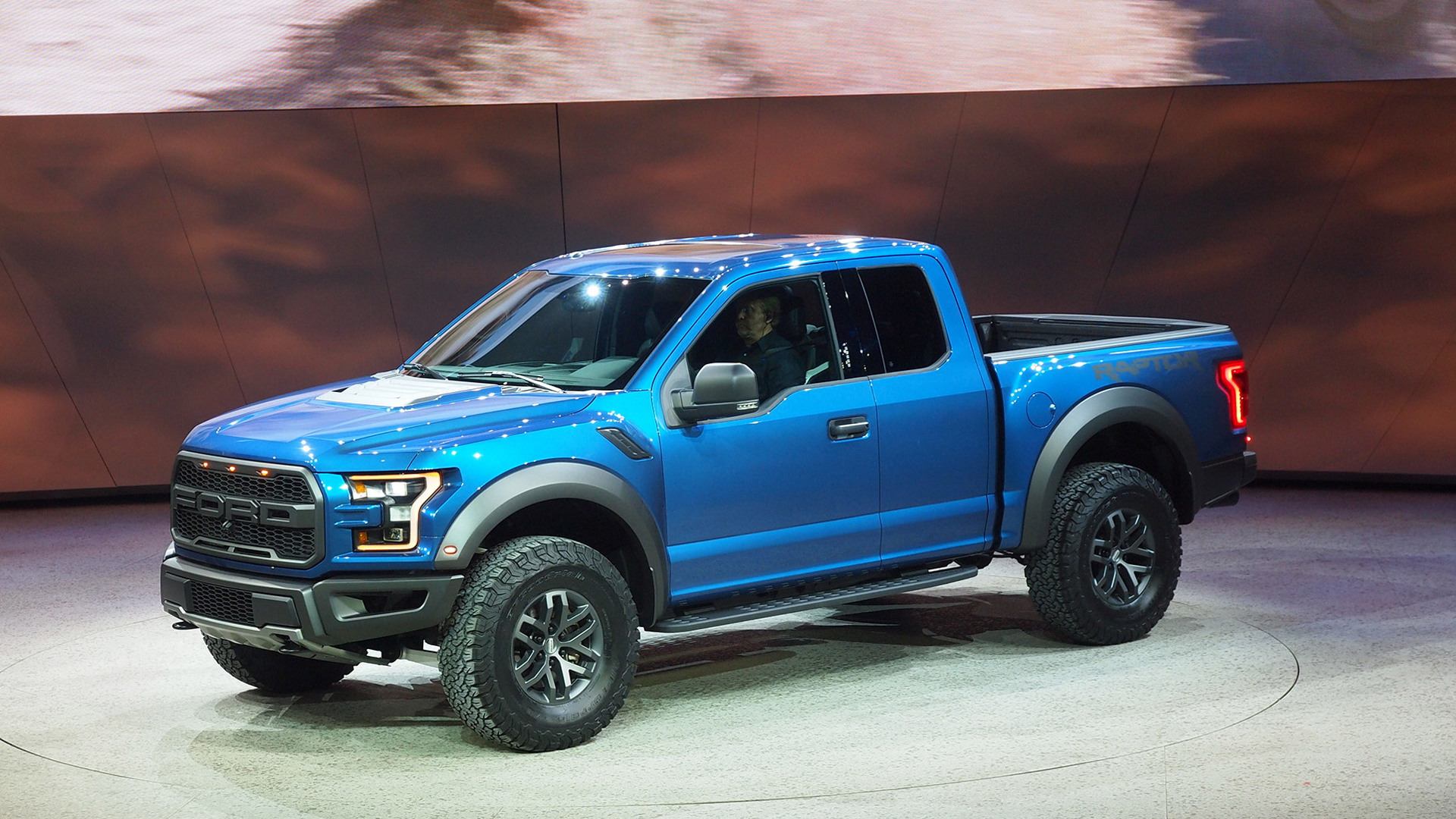 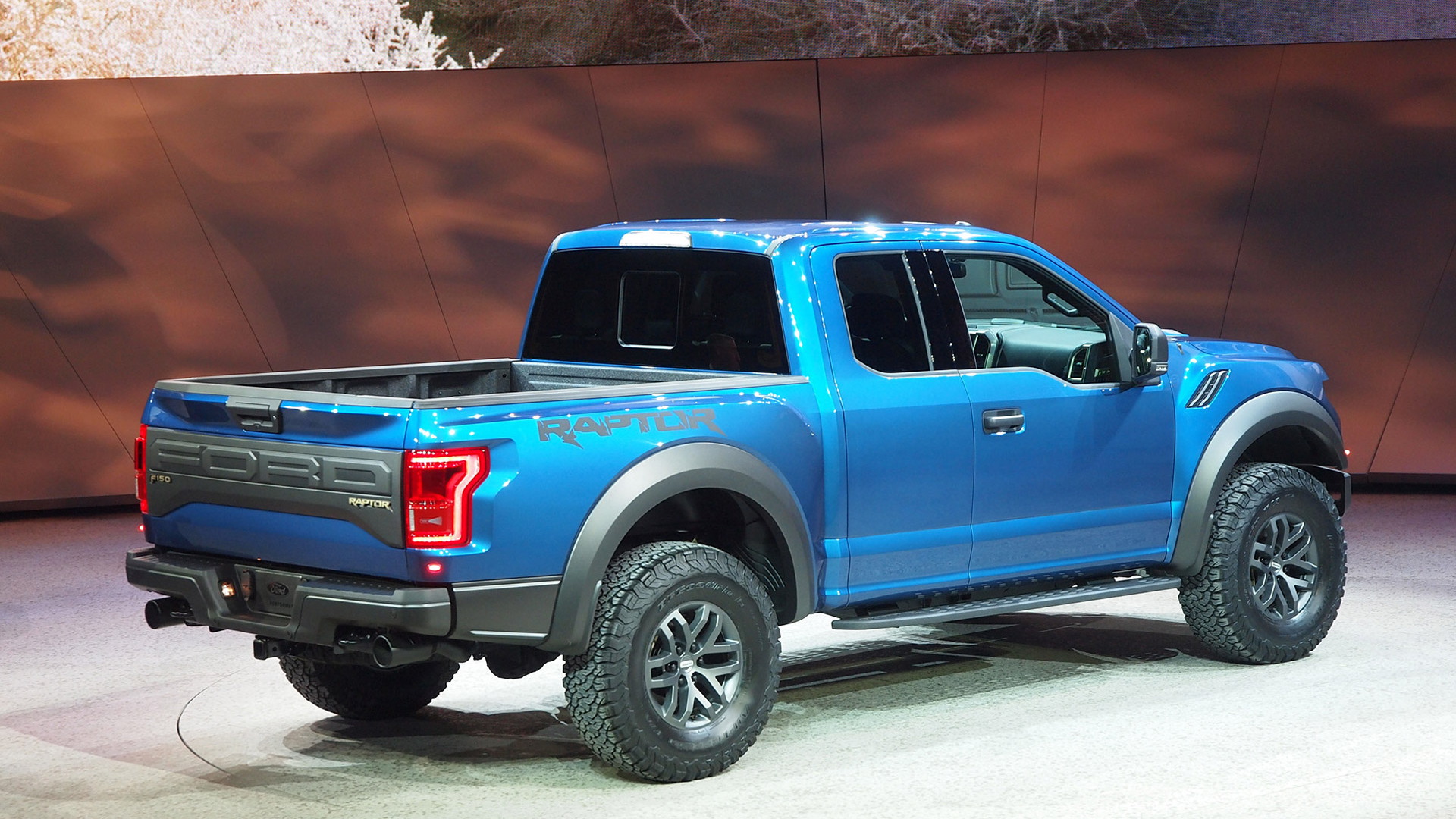 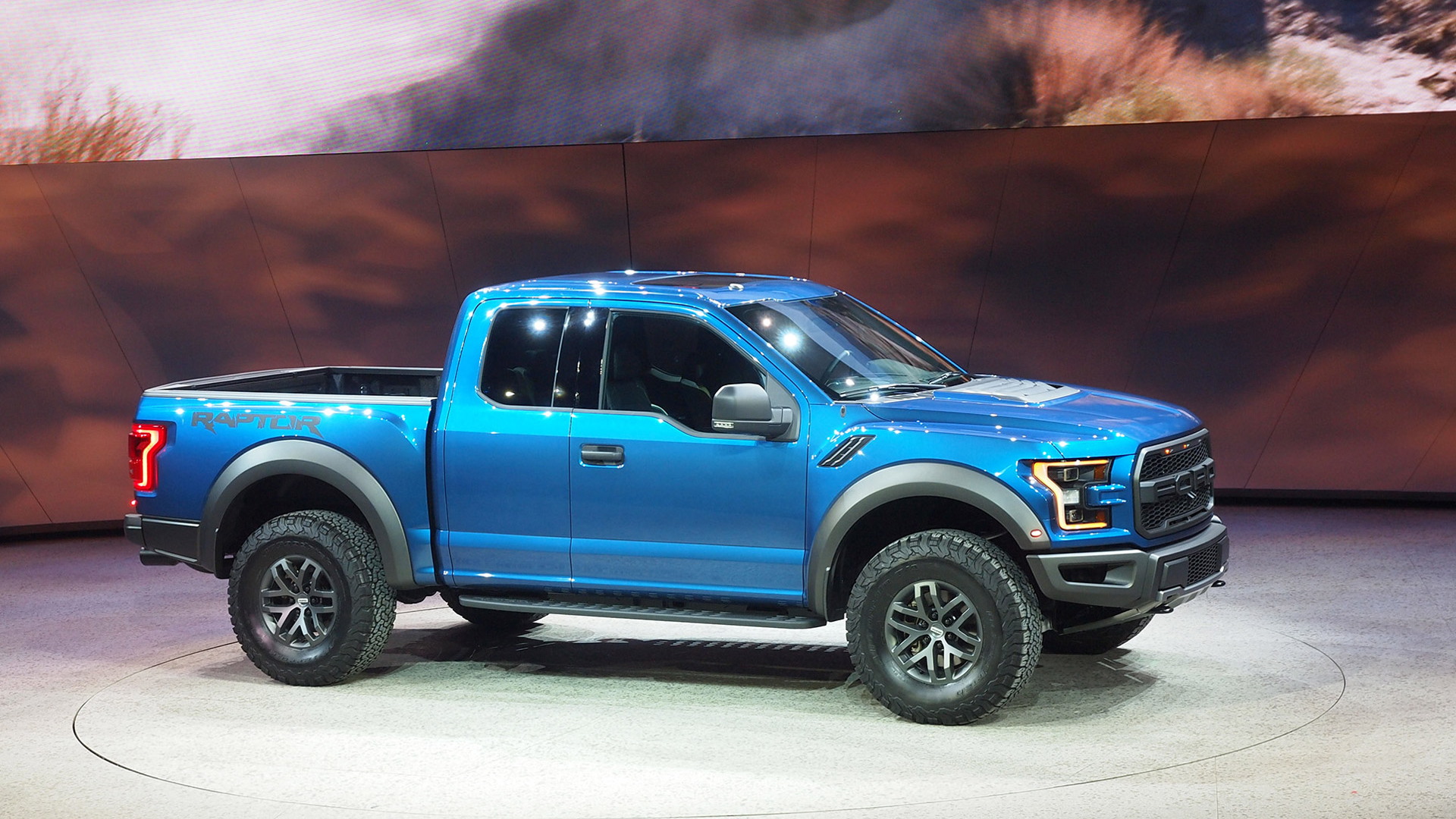 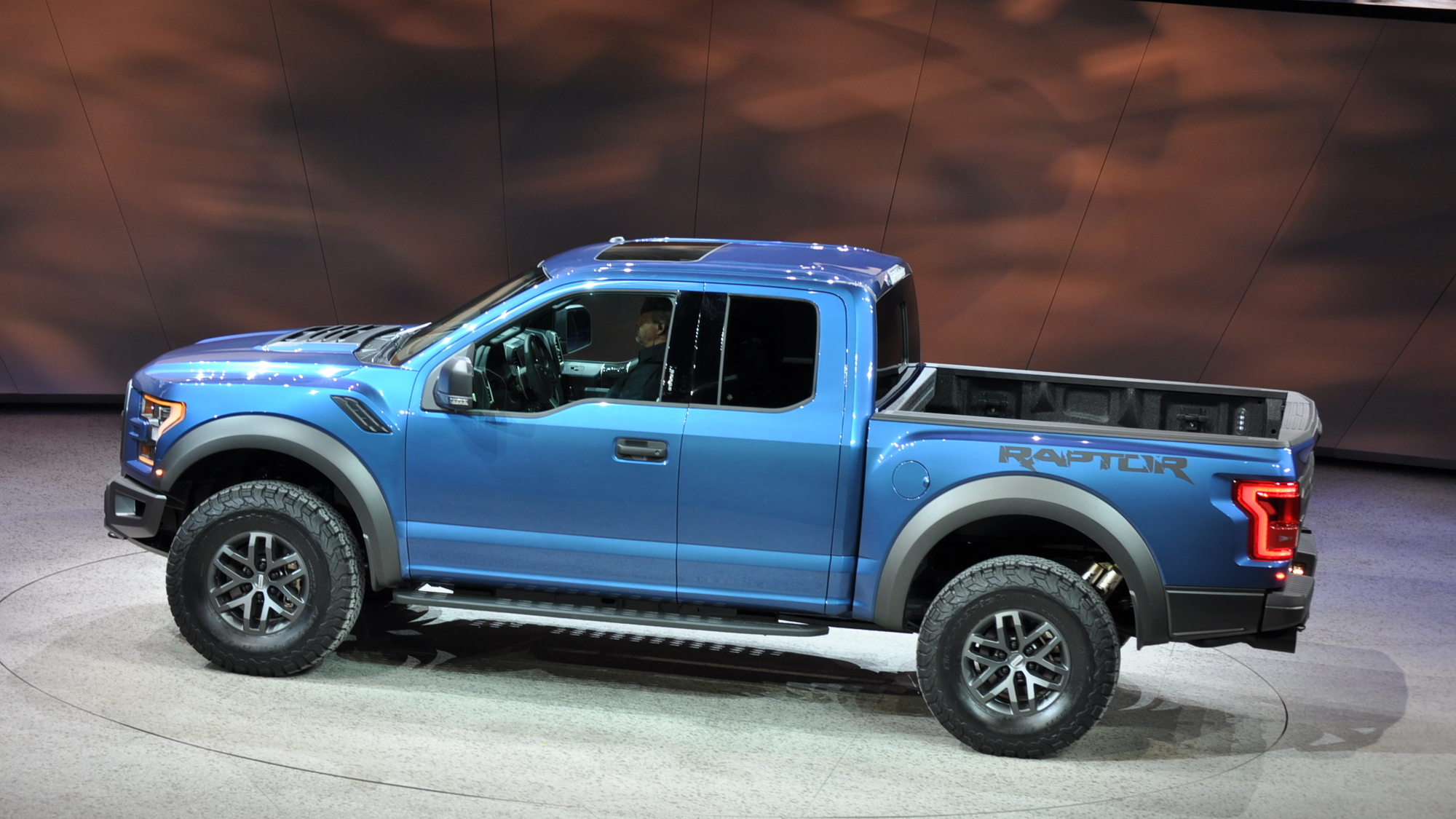 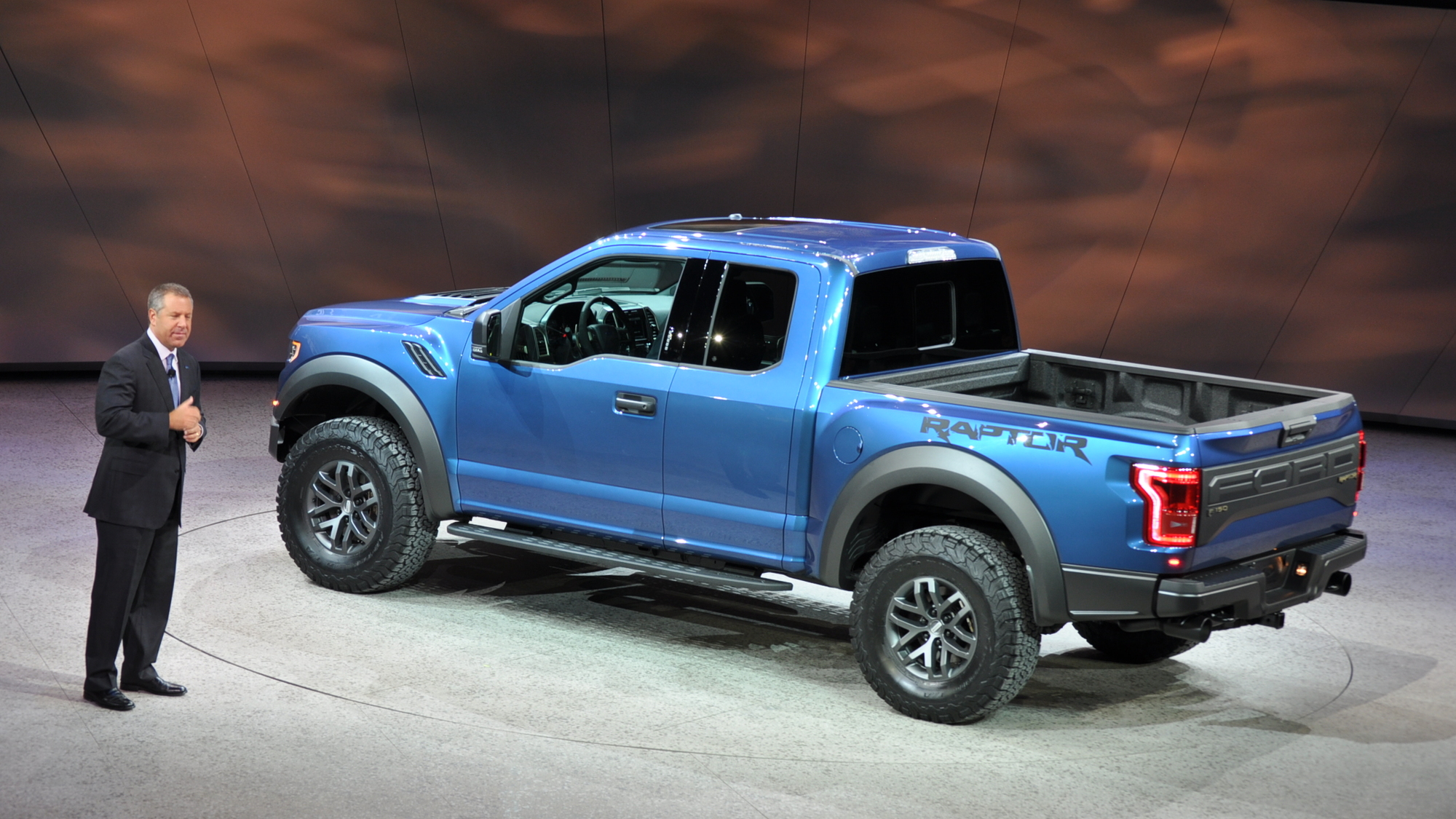 Ford may have had the awesomely powerful GT supercar on its stand, but its trucks weren’t left in the dark. First the F-150 won the North American Truck of the Year award—and then came the Raptor.

The Raptor returns next year as a 2017 model with a whole new take on Baja-style performance. For starters, it’s no longer an SVT-badged vehicle, now that Ford is grouping all its hottest hardware under the Ford Performance brand.

The real shock is the powertrain. The new Raptor is powered by a twin-turbocharged 3.5-liter EcoBoost V-6, coupled to a 10-speed automatic transmission. This marks the first use of the long-anticipated 10-speeder Ford and GM have been developing for trucks. It may eventually find its way into the Mustang as well.

As for the V-6, Ford says it will produce more power than the outgoing Raptor's 6.2-liter V-8, which is rated at 411 hp and 434 pound-feet of torque. It will also have less weight to push around, thanks to the new F-150's aluminum body. Ford says it cut 500 pounds over the previous Raptor.

All of that hardware is wrapped in exterior styling that applies bits of the outgoing Raptor—such as the "Ford" stamped grille and fender flares—to the 2015 F-150 body for a tougher look. The Raptor also boasts a massive track six inches wider that a standard F-150.

The interior has some novel features, including paddle shifters for the 10-speed automatic, and roof-mounted switches for aftermarket equipment like extra lights.

Truck buyers will have to wait to get their hands on the 2017 Raptor, though. It won't go on sale until the fall of 2016.