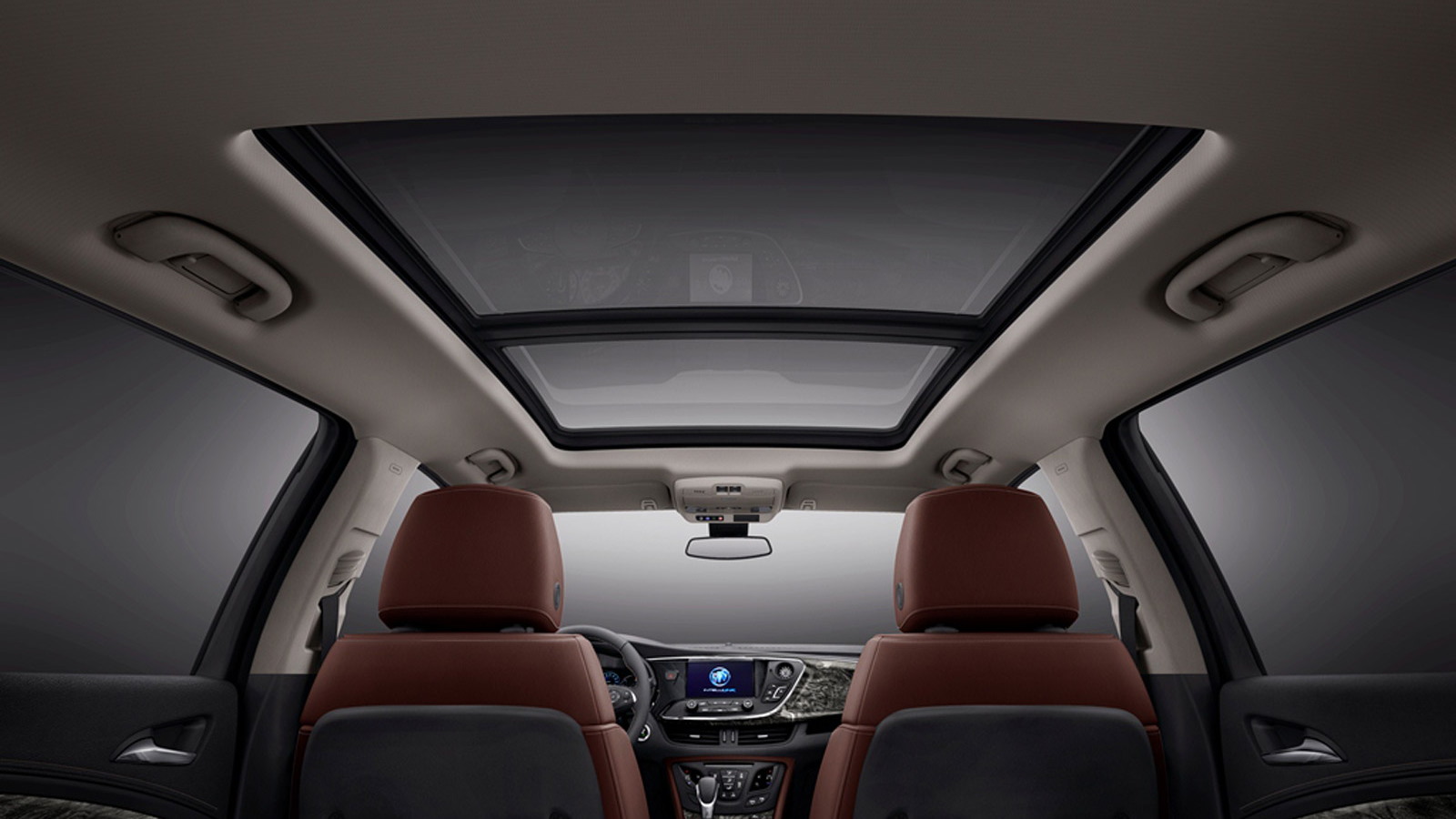 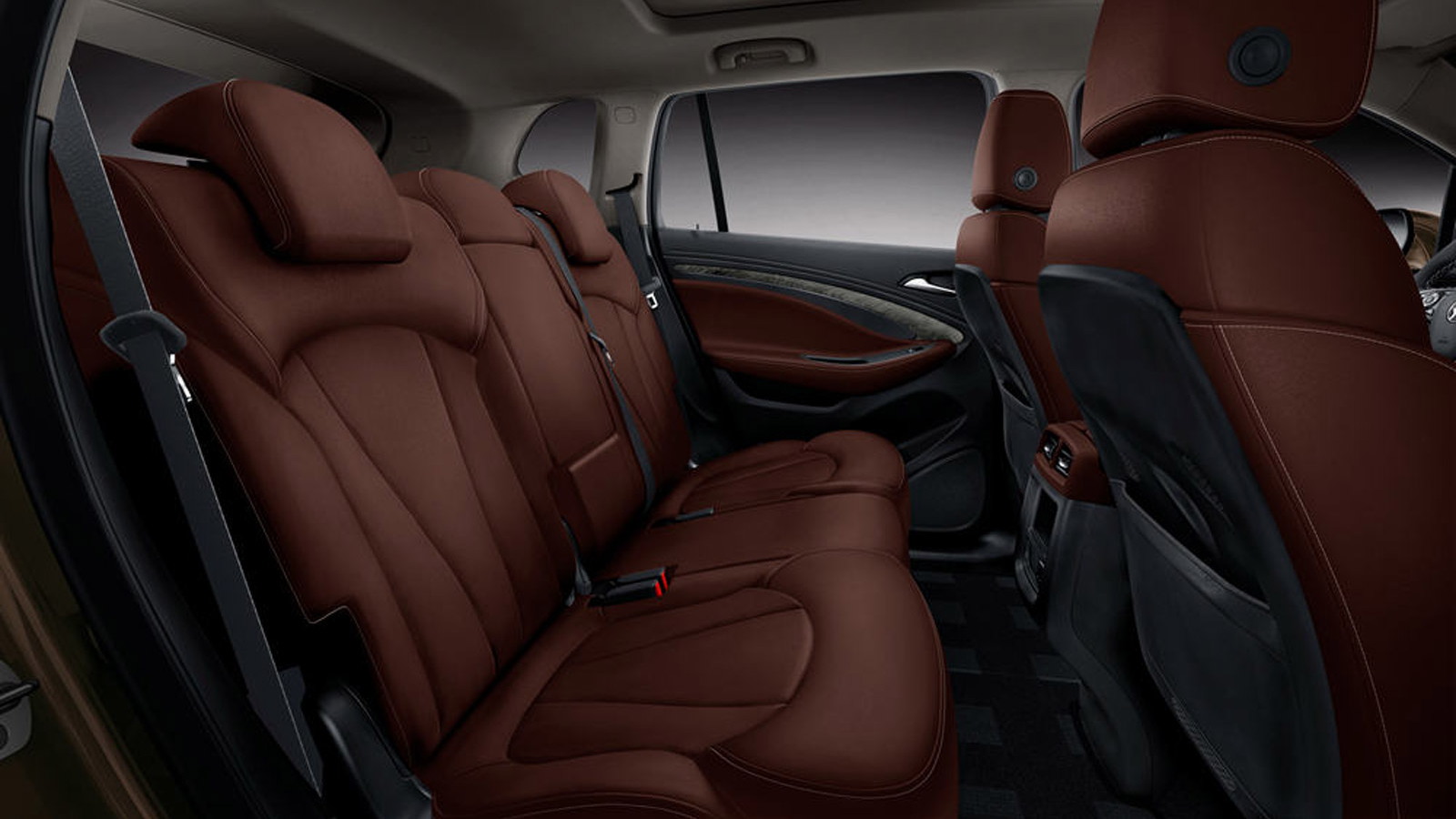 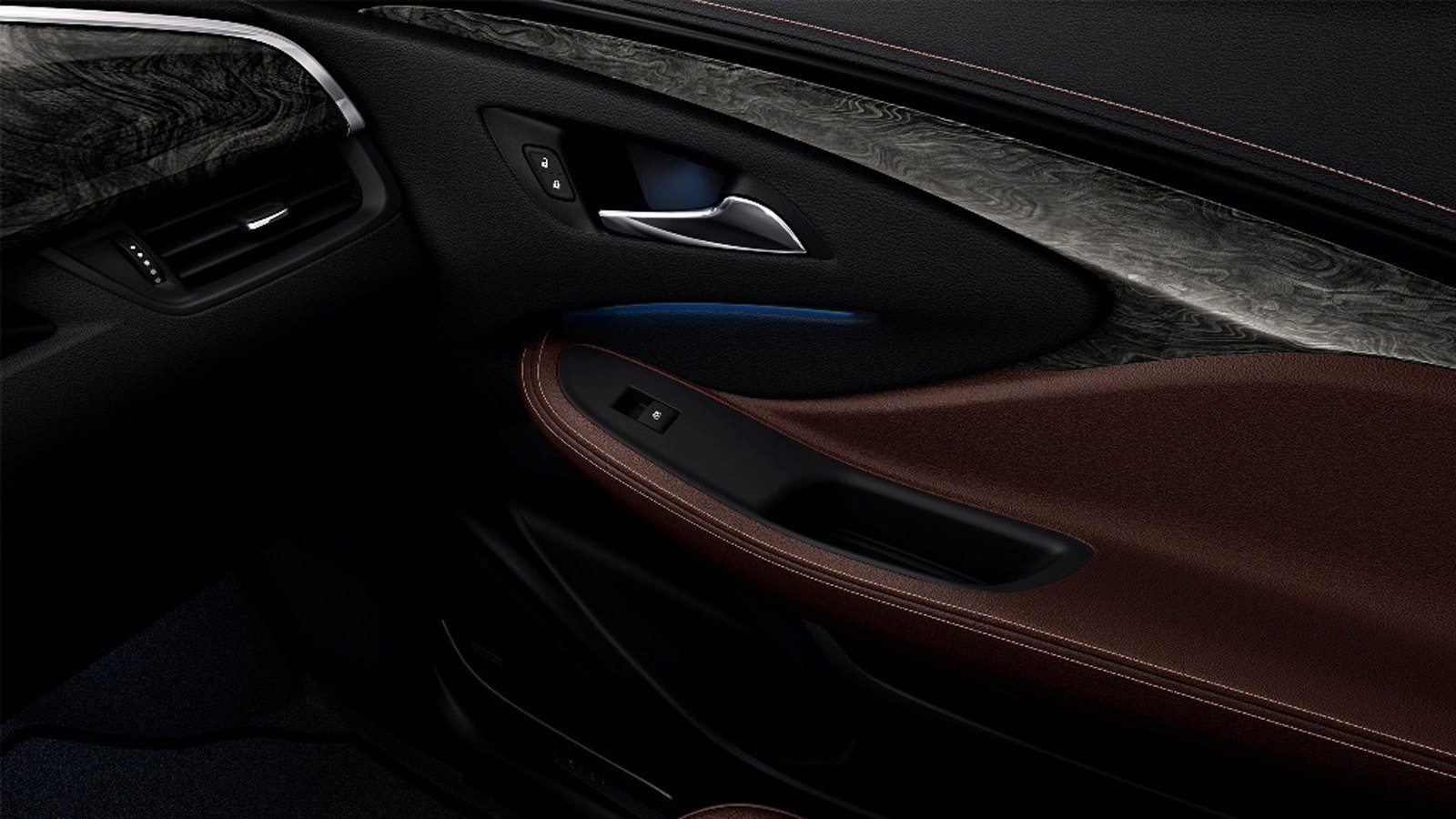 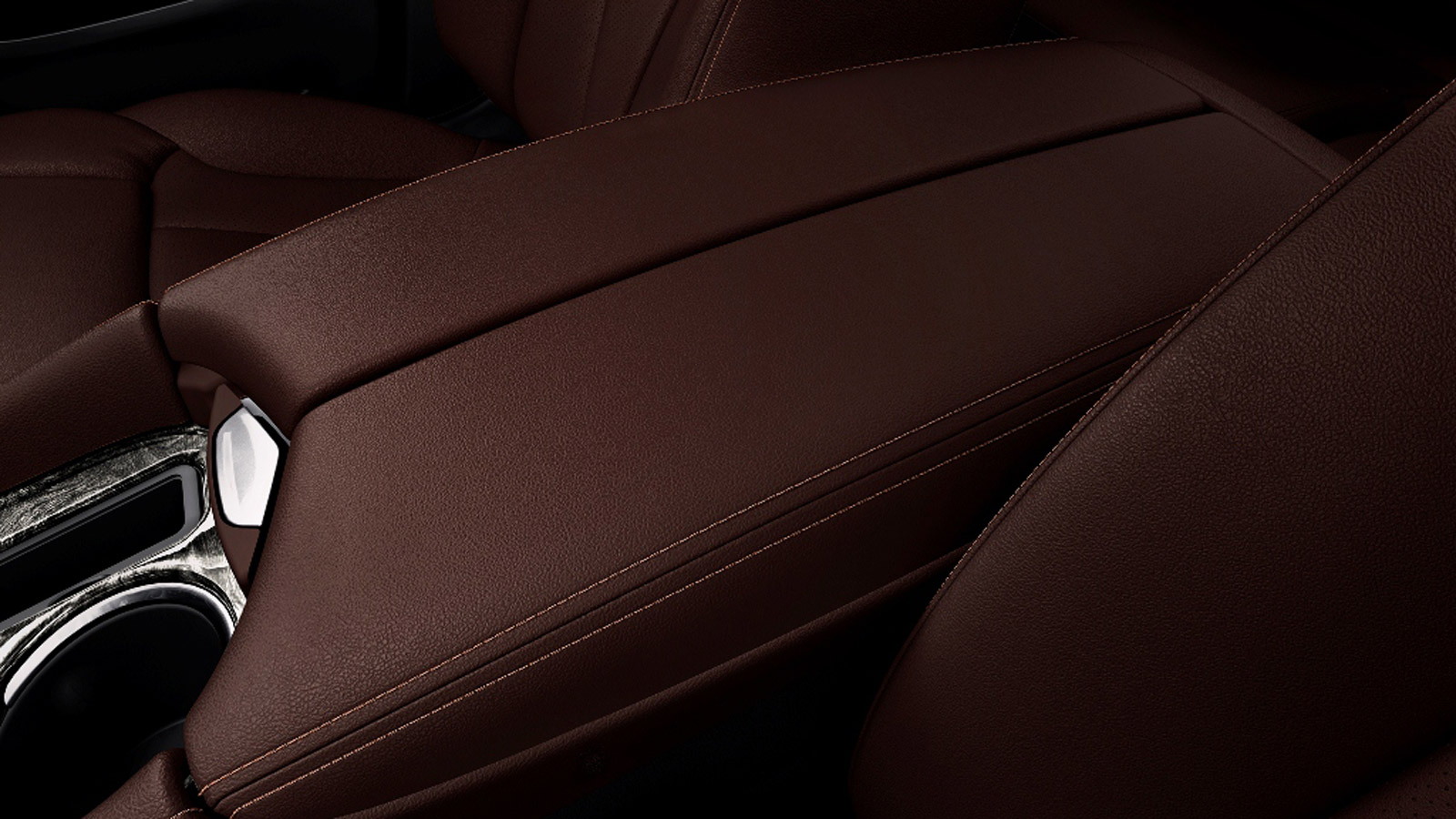 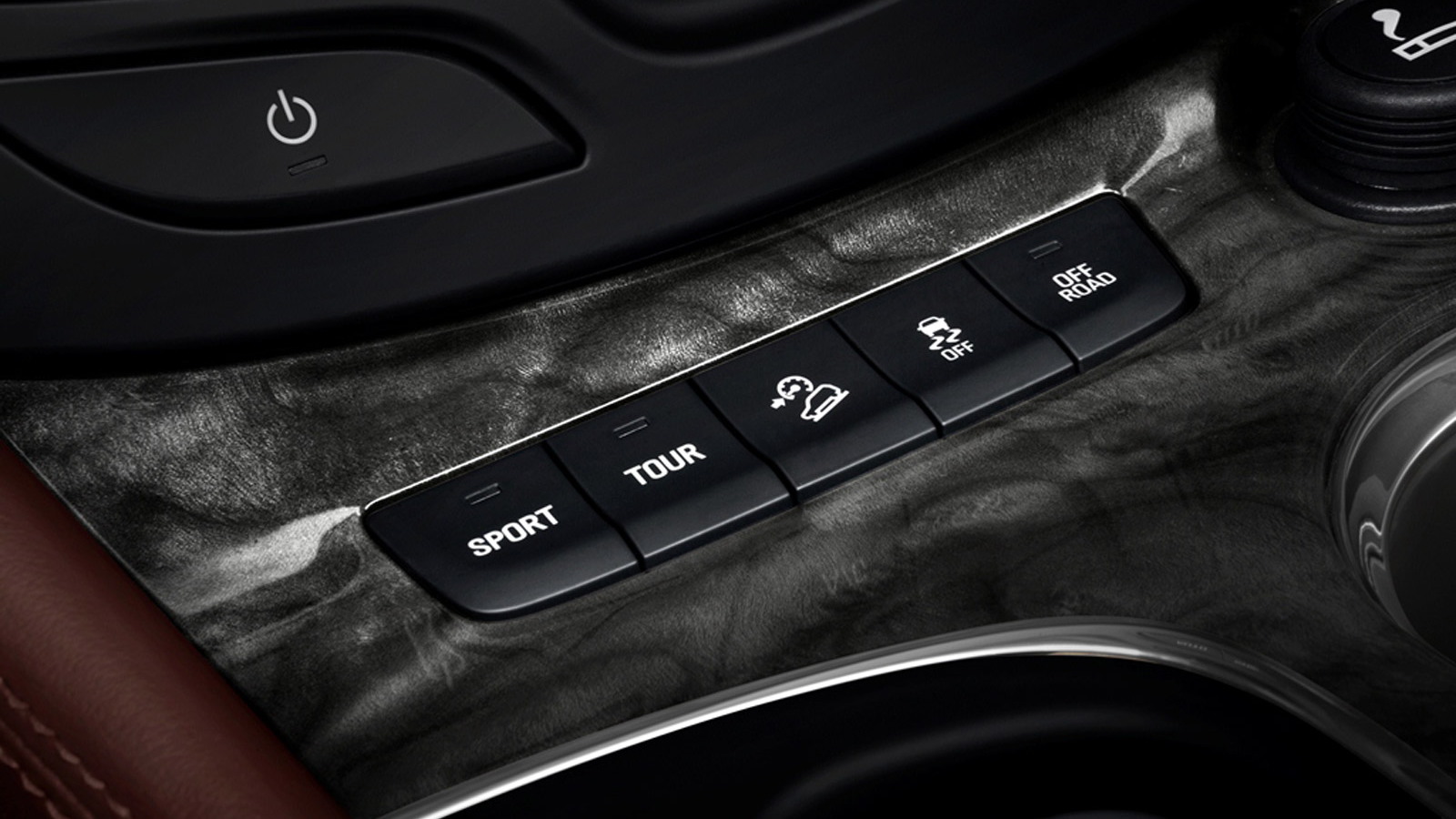 Buick recently started teasing a smallish crossover called the Envision, which is scheduled to be revealed in full on August 28 and at this point has only been confirmed for the Chinese market. The vehicle is expected in local showrooms, however, most likely in the second half of 2015, where it would go up against the likes of the Acura RDX and Infiniti EX.

Today we have our first look at the interior of the Envision, which appears to feature Buick's signature wraparound dash design plus several new interior styling elements including a driver-friendly left-tilted center console. An eight-inch color touchscreen is also fitted, and is surrounded by piano black and chrome accents.

The steering wheel is wrapped in leather and is heated. Controls on both sides of the wheel allow the driver to activate cruise control, play music and make Bluetooth phone calls. The area beneath the center console, meanwhile, is wrapped in burgundy leather accentuated by French-style dual stitching. A split center armrest adds some storage space plus a USB port.

A large panoramic sunroof gives the cabin a spacious feel and an active noise-canceling system adds a calming effect. Also helping to keep things calm is Buick’s FlexRide suspension system which can be adjusted between four different settings:  Normal, Tour, Sport and Off-Road. The Off-Road mode, available for the first time on a Buick, is ideal for driving on slippery, unstable or bumpy surfaces. The Envision also comes equipped with parking assist, engine start/stop and lane departure warning.

For the Chinese market, the Envision has been announced with a turbocharged and direct-injected 2.0-liter four-cylinder engine rated at 260 horsepower and 247 pound-feet of torque. A six-speed automatic is the only transmission, and drive goes to the front wheels as standard. All-wheel drive is available.

Stay tuned for the full reveal in just 10 days.