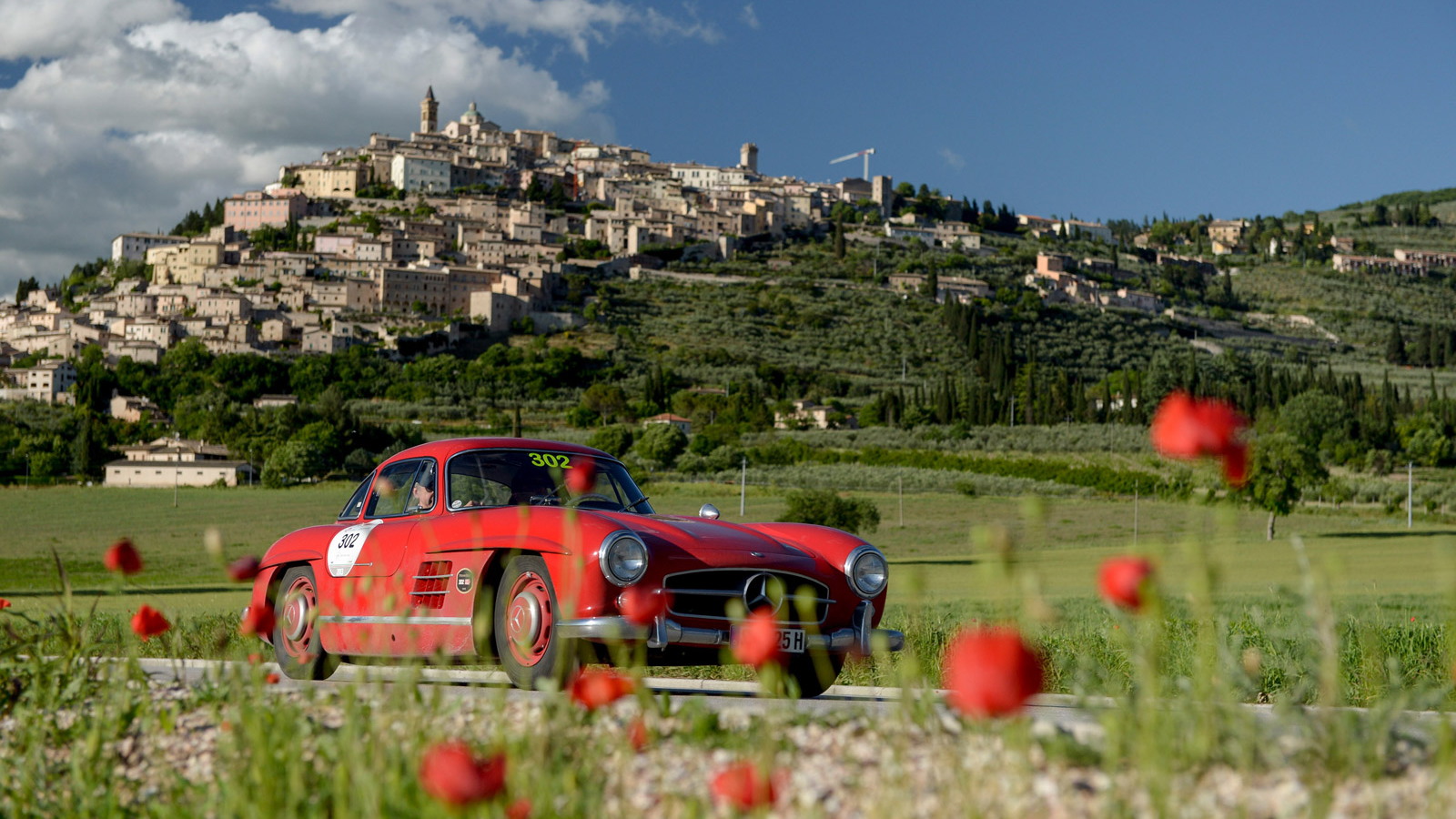 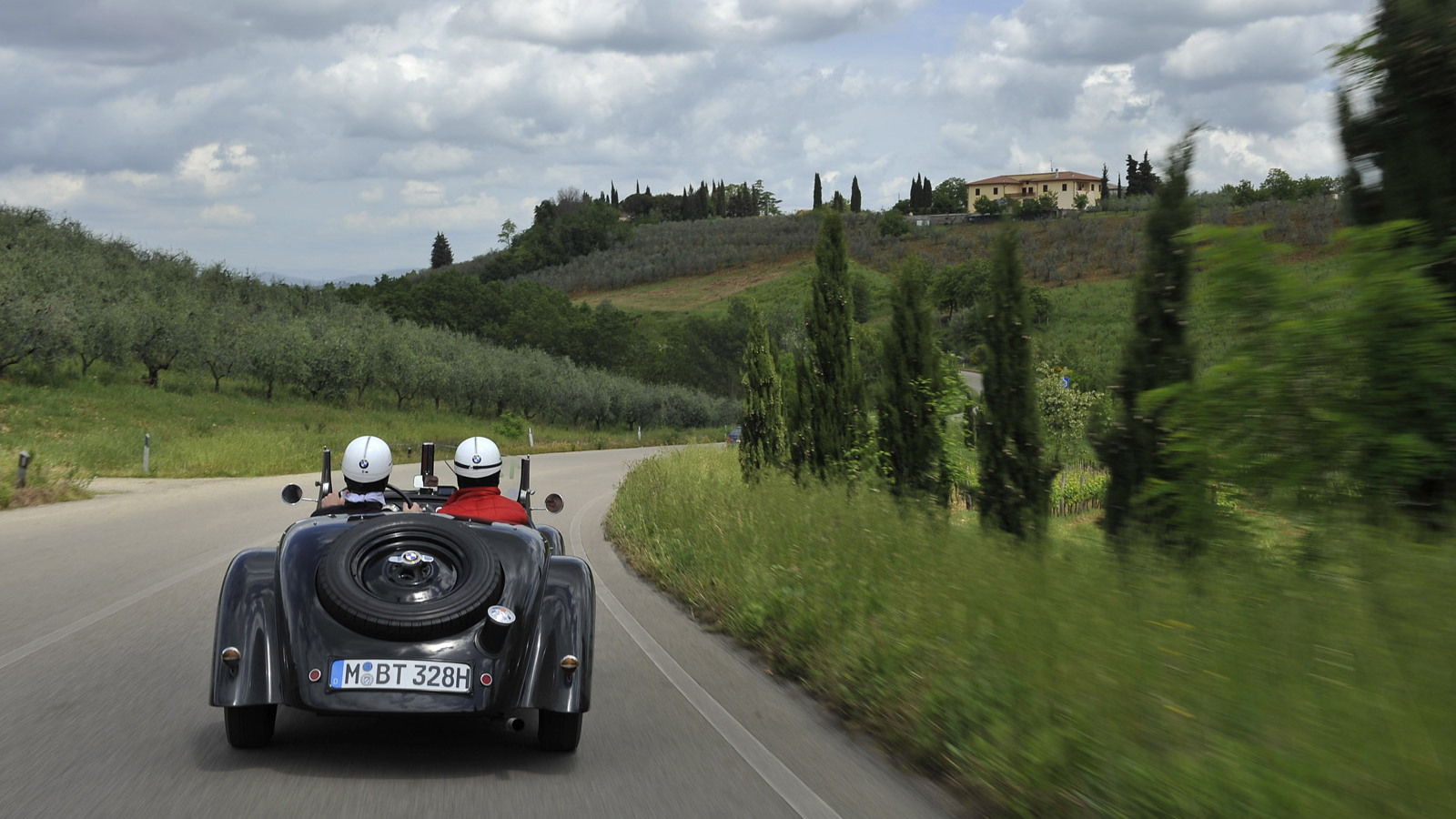 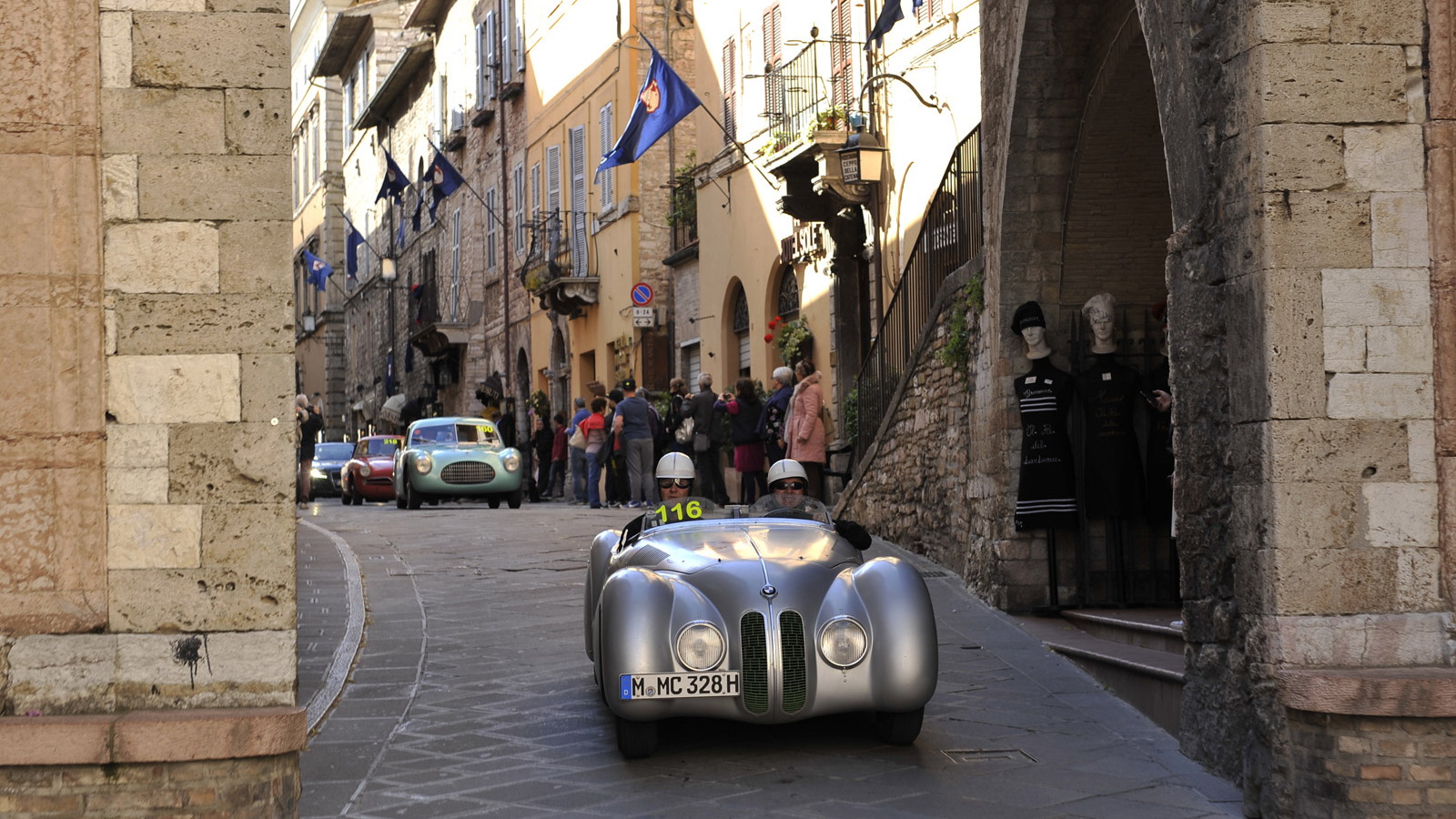 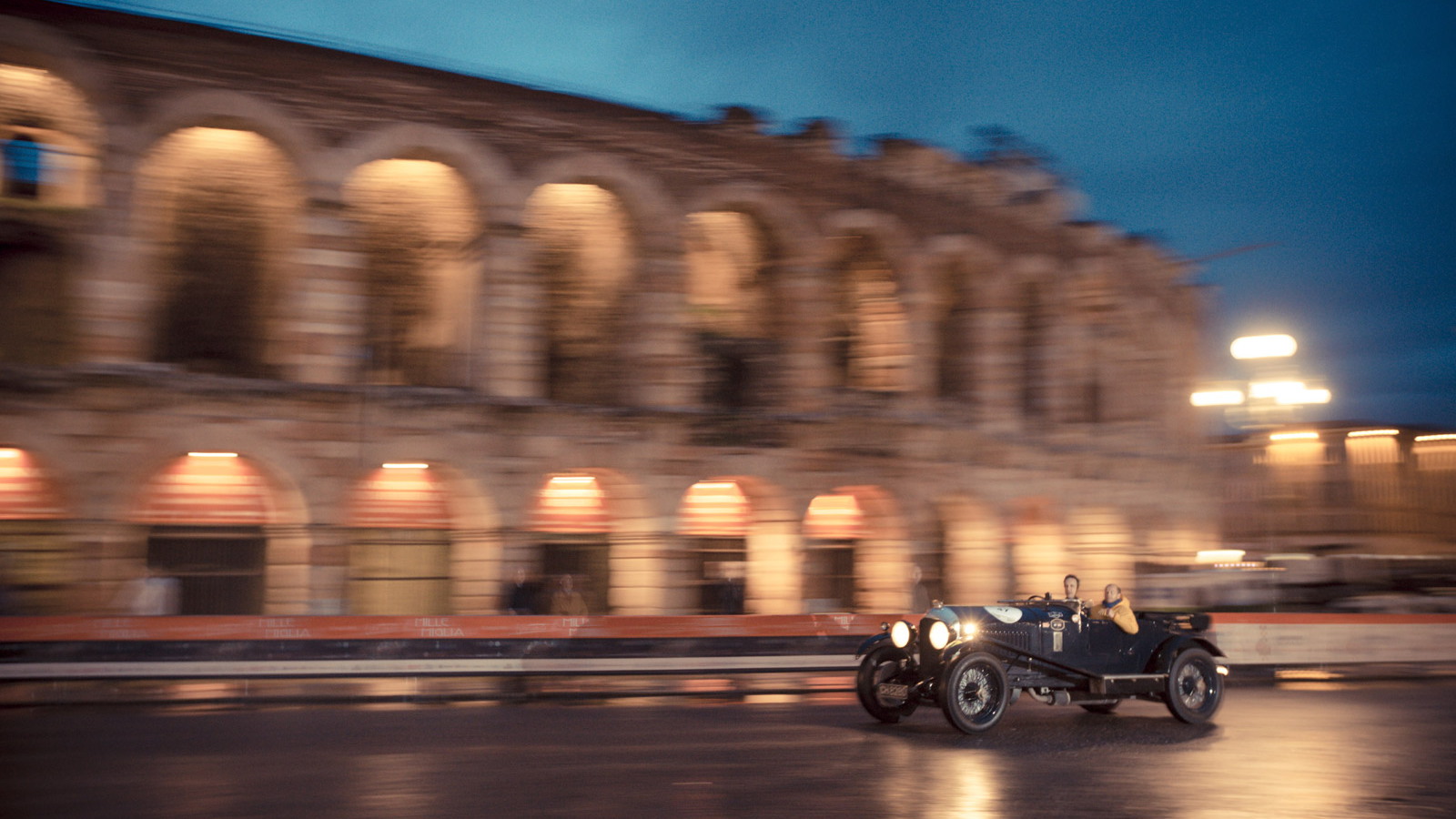 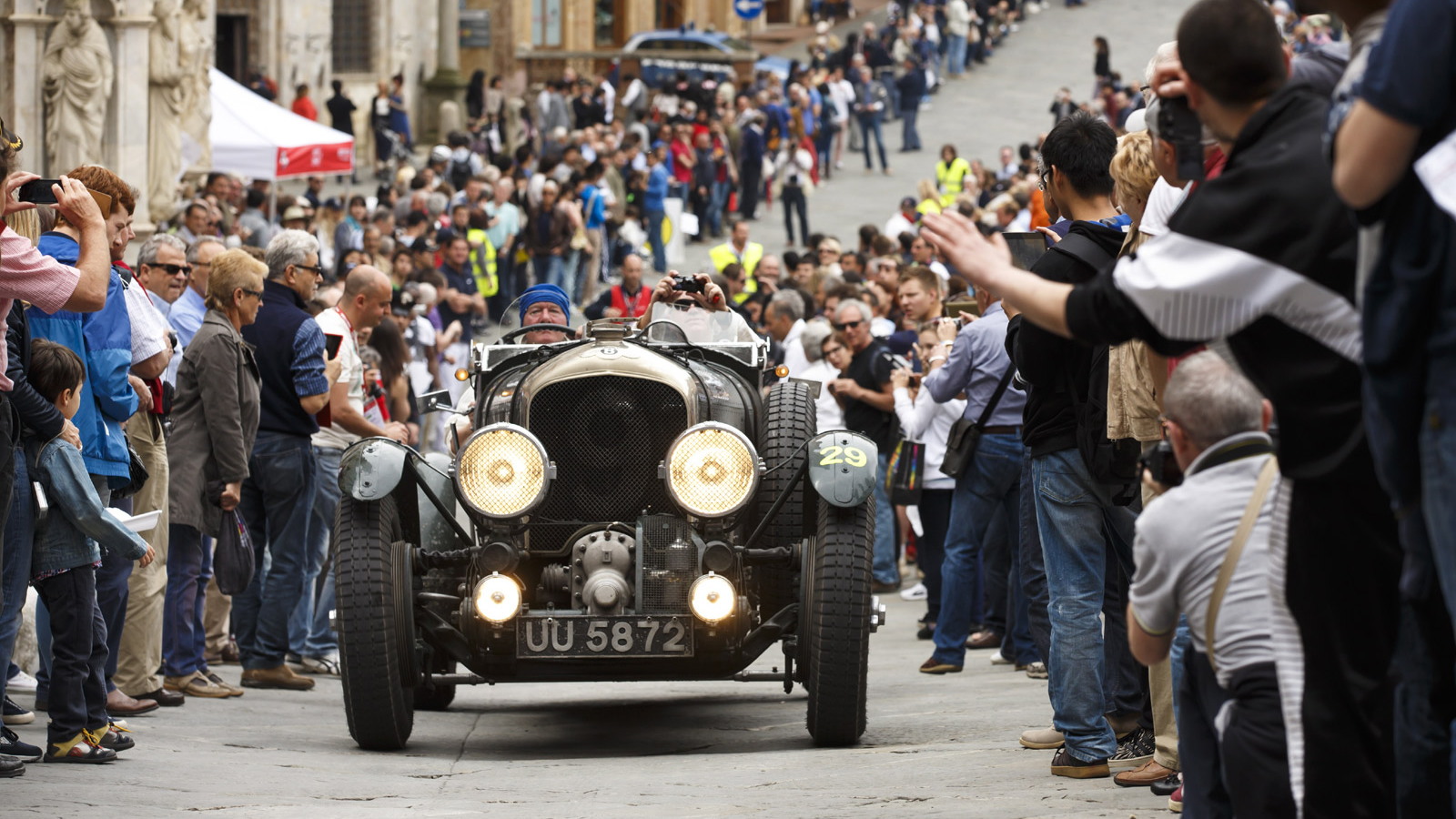 17
photos
The original Mille Miglia was a point-to-point race on public roads in Italy, held annually from 1927 through 1940, then again from 1947 through 1957. Many now famous race cars ran the course, from Brescia to Ferrara to Rome and then back to Brescia, and many drivers made their name in the grueling course.

Unfortunately, the event was banned following the 1957 running, as two separate crashes claimed the lives of three participants and nine spectators. But in 1977, to commemorate the 50th anniversary of the original Mille Miglia (Italian for “1,000 Miles”), the event was re-staged in modified form, and continues to be run today. Modern cars now compete in the Rally 1000 Miglia, while vintage entries celebrate the event’s glory days in the Mille Miglia.

This year, some of the major automakers are once again participating. They include Bentley, BMW, Jaguar and Mercedes-Benz, among others. Bentley is competing with two of its famous 4 ½ Liter supercharged Blowers: the 1930 Le Mans ‘Team Car’ once owned by original Bentley Boy Sir Henry Birkin, and a former company demonstrator Blower. BMW has brought an original Isetta as well as two 507s and four 328 historic racers.

Ian Callum and Jay Leno at the 2014 Mille Miglia

Jaguar, meanwhile, has 10 separate cars on hand ranging from XKs to C-Types and even a D-Type. The British automaker also got comedian Jay Leno to come along. He’s partnered with Jaguar design boss Ian Callum to drive a 1951 XK 120 roadster finished in original Ecurie Ecosse livery.

Finally, Mercedes-Benz, which celebrates 120 years of motorsport this year, has a varied collection of cars present including a 1928 SSK, a 1930 SS and a handful of original SLs. The German automaker also has its famous racing drivers Jochen Mass and Bernd Schneider on hand.

The 2014 Mille Miglia kicked off yesterday and concludes on Sunday, May 18.